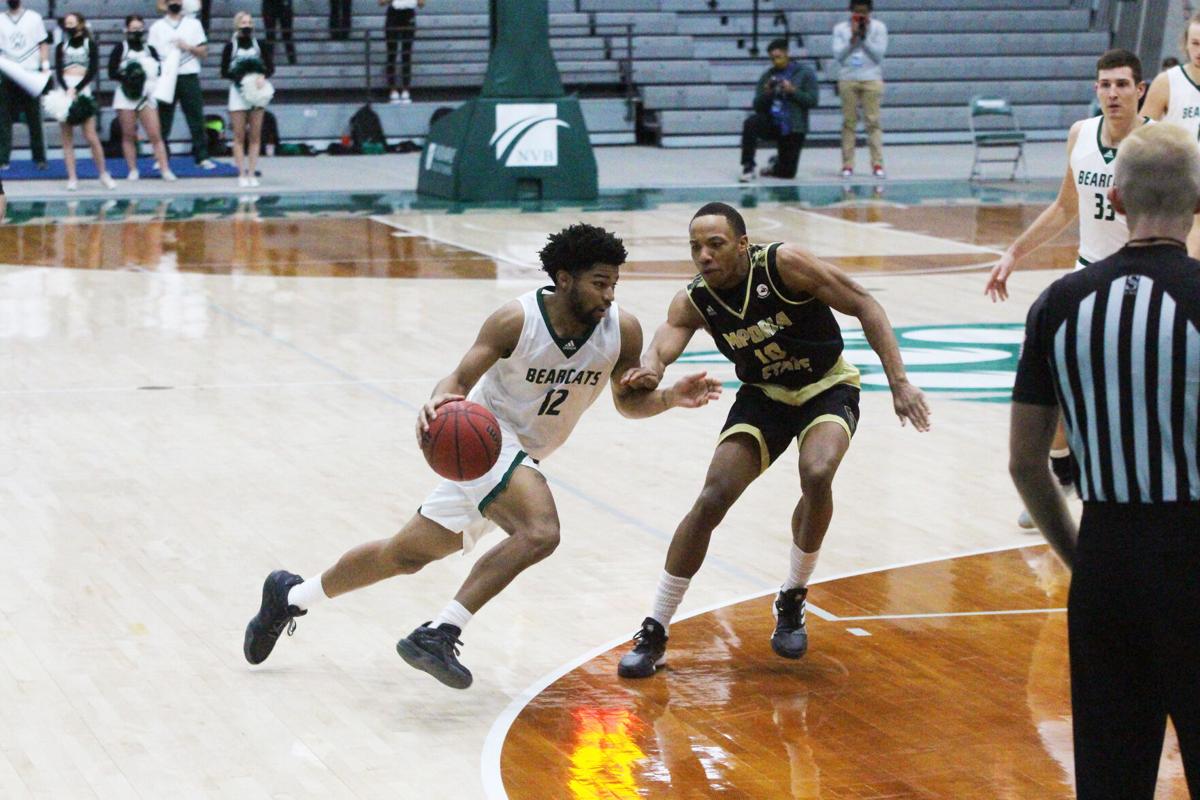 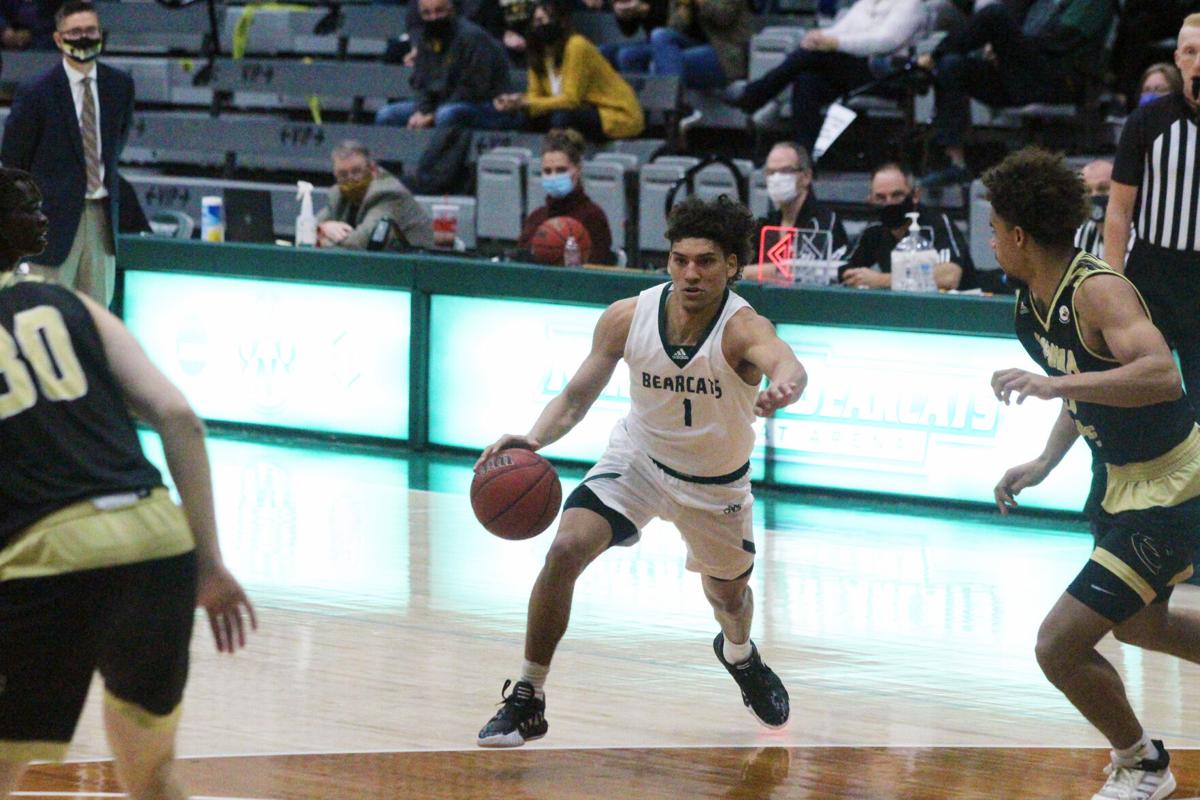 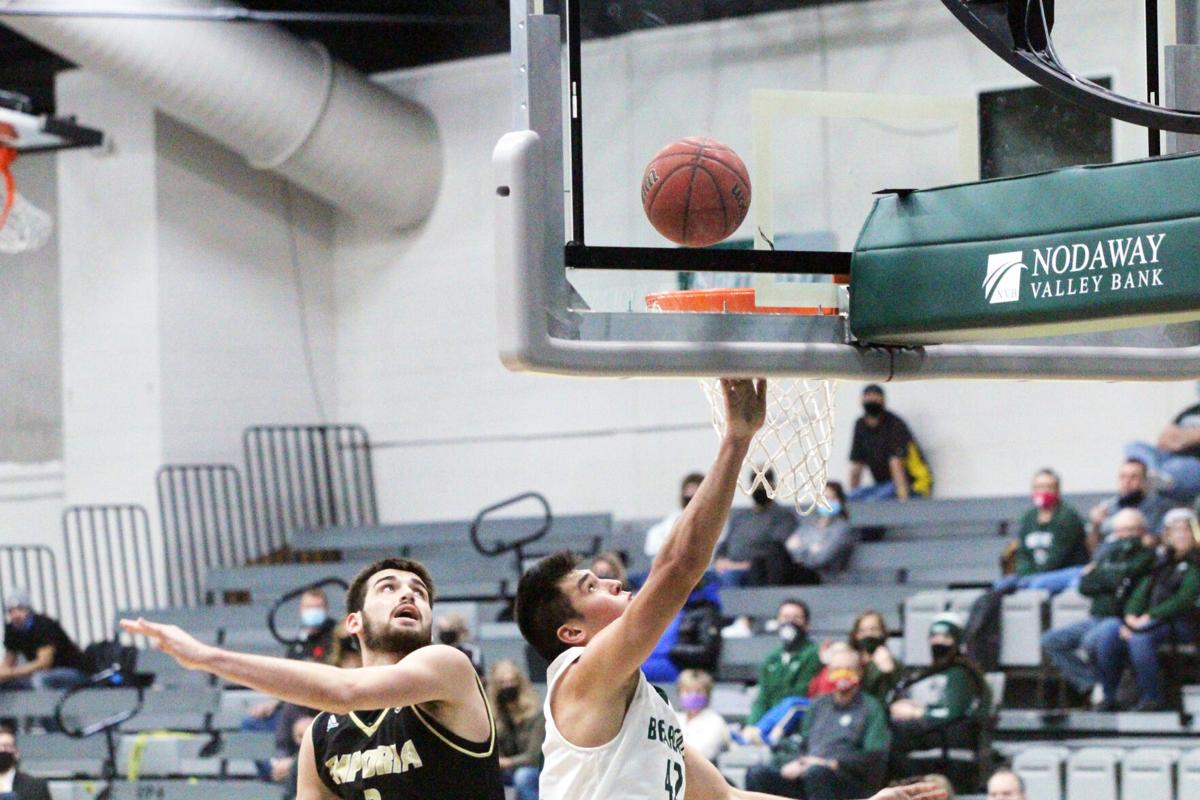 MARYVILLE, Mo. — After experiencing their first defeat in more than a year two days prior, the No. 1 Northwest Missouri StateBearcats picked it right back up against Emporia State on Saturday, winning 92-71 at Bearcat Arena.

Northwest head coach Ben McCollum said returning to their roots was key en route to coming out on top.

“We had to go back and soul search. It’s not that serious, but it is a little bit to these kids and go back and figure out what made us good. Our innocence makes us good, our humility makes us good. Those things make you an elite team, and we lost some of that, and we needed to make sure that we found that again and did the small things,” McCollum said.

Notching a total of 19 points, Northwest junior Diego Bernard was 6 of 8 from the field, including 5 of 6 from 3-point range.

In the opening 20 minutes, the Bearcats sank 10 of 15 3-pointers, including a perfect 4-for-4 from Bernard.

“I feel like tonight, we weren’t just focusing on one action, one person. We were just playing our game like we do every day in practice and it worked out for us,” Hudgins said.

Leading 45-38 at the break, the Bearcats went into the locker room having made 62.5% of their first-half field goals, while Emporia State (5-4) made 53.6%. The first half featured five lead changes and three ties.

Northwest led by as many as 31 points in the second half, shooting 60% from the field.

The Bearcats return to action against Nebraska-Kearney on Thursday at 7:30 p.m. following the women’s game in Kearney, Nebraska.