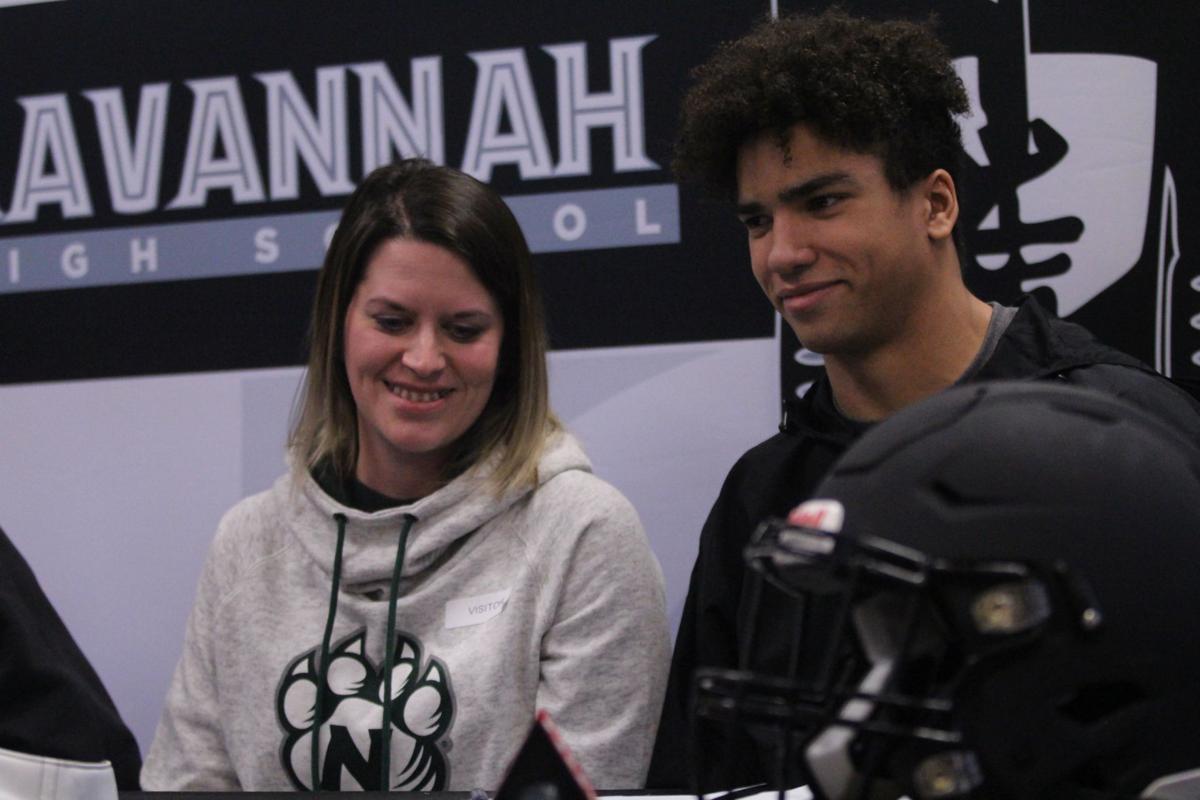 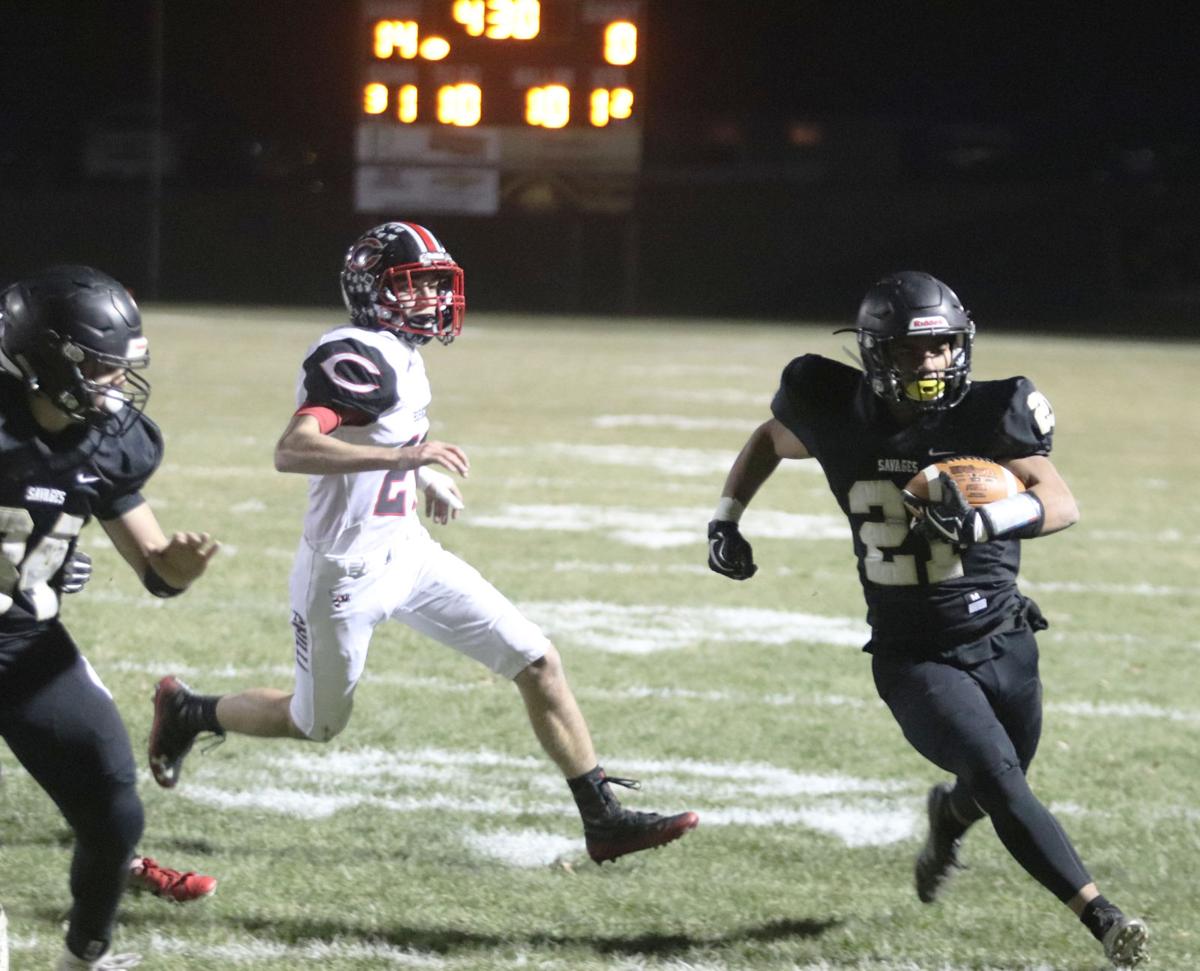 Savannah junior Jadon Brady runs the ball into the end zone in the Class 3 District 8 Championship at Savannah High School.

Savannah junior Jadon Brady runs the ball into the end zone in the Class 3 District 8 Championship at Savannah High School.

SAVANNAH, Mo. — Fans of former Savannah running back Jadon Brady won’t have to stray too far away from U.S. 71 as the senior take his talents to Northwest Missouri State.

Brady signed to play football with the Bearcats during Thursday’s signing ceremony at Savannah High School. The former running back and returner will transition into a wide receiver once in college.

“I just want to thank my dad, mom, family, friends, teammates, everybody here,” Brady said. “It’s a great community. Probably one of the best memories from this year was winning districts with everybody I grew up with. What it means to be a Savage is it’s nice being a kid with dreams in Savannah growing up with that community around you and all that support from the school.”

Savannah’s 49-7 win over Chillicothe in the Class 3 District 8 Championship was the first championship Savannah has earned since 2011. After nabbing a taste of gold, Brady will travel to Maryville, Missouri, a community dubbed as “Title Town.” Northwest has won six national championships, the most in Division II history.

Brady has travelled to Maryville plenty of times, whether it be for training days or battling it out with his former MEC foes, the Spoofhounds.

“Since high school, we’ve been going up to Northwest camp, and it’s always been nice,” Brady said. “The environment’s nice, the coaching staff — everything’s nice when we went up there. I knew that’s where I wanted to go, and that if I ever got the opportunity to go, I would.”

The brotherhood-like culture at Northwest is one of the key reasons Brady chose the Bearcats’ green and white color scheme to don come this fall.

“The players really care about you,” Brady said. “I talked to a couple of them up there, and they’re just really friendly. They want you to be a part of their family.”

After Brady’s multiple MEC and state honors, Savannah coach Randy Schrader says his former player is up to the task when it comes to Division II football.

“A two-time conference, two-time all-state—this is a big deal,” Schrader said. “Some of you have aspirations of playing at the next level. It doesn’t happen for everybody, so when you get the opportunity to take your game to the next level, being able to participate and compete at the next level, it is a huge thing. The reason JB’s being able to do this is because of the teammates that are out here, his ethic in the weightroom and on the practice field, his parents and we’ll take a little credit as coaches, too.”

From Brady’s selections to the MEC All-Conference team to praise from conference rivals, Schrader believes all of this puts Brady in a high-level class.

“The bottom line is he put himself in this position,” Schrader said. “One of the best returners in the state of Missouri the last two years. He’s in the record books as a junior. He ended up being an all-state defensive back this year. I think the highest praise I can say, if you read the paper today, coach (Rich) Wright talked about coach (Matt) Webb from Maryville speaking praise about JB. That bothers me because that was a Spoofhound, because he knows things and everyone knows how I feel about Maryville, but it does speak volumes about this young man.”