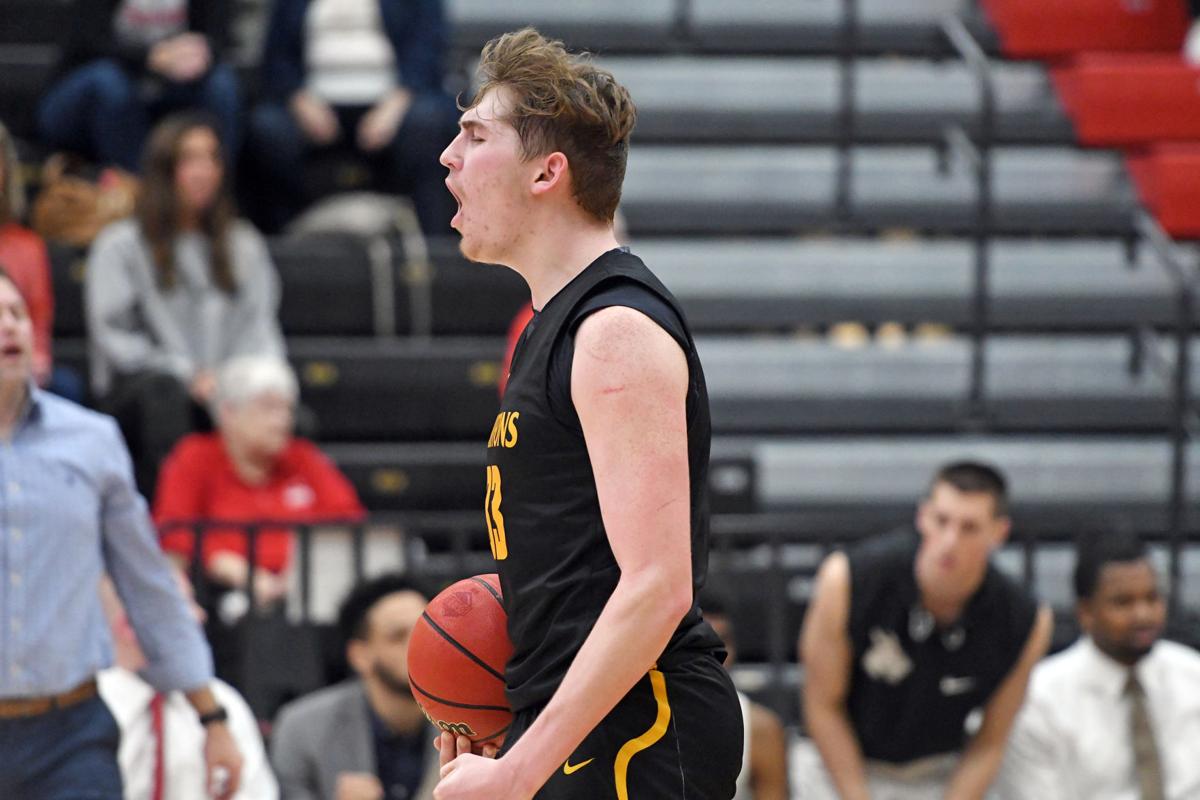 Missouri Western redshirt freshman Will Eames celebrates after securing a late rebound during Thursday’s game against Central Missouri at the UCM Multipurpose Building in Warrensburg, Missouri. 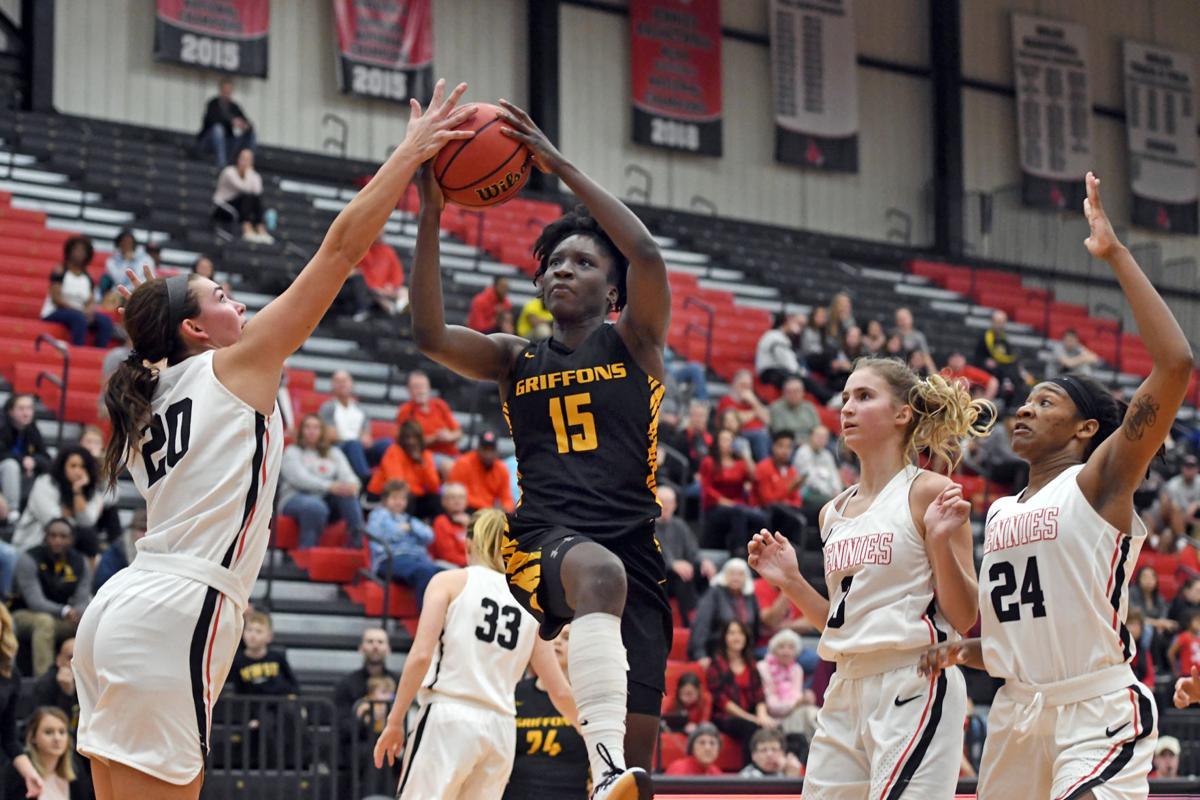 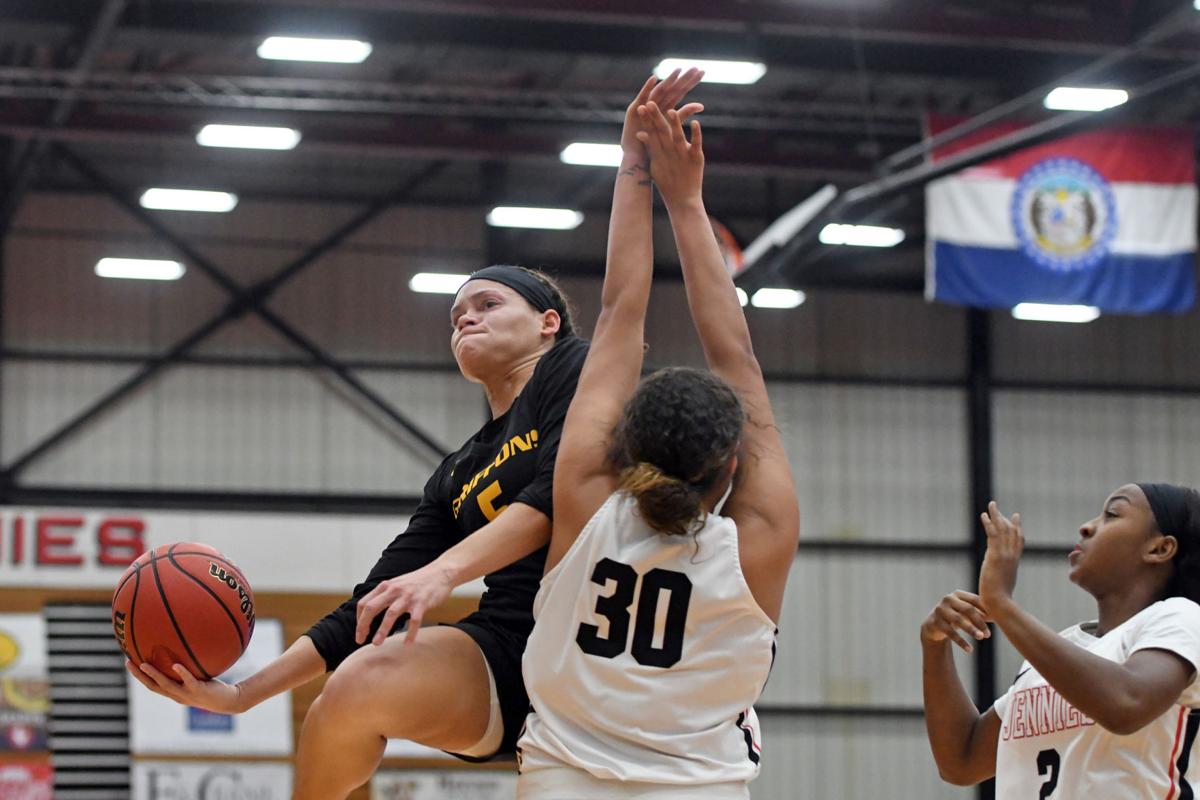 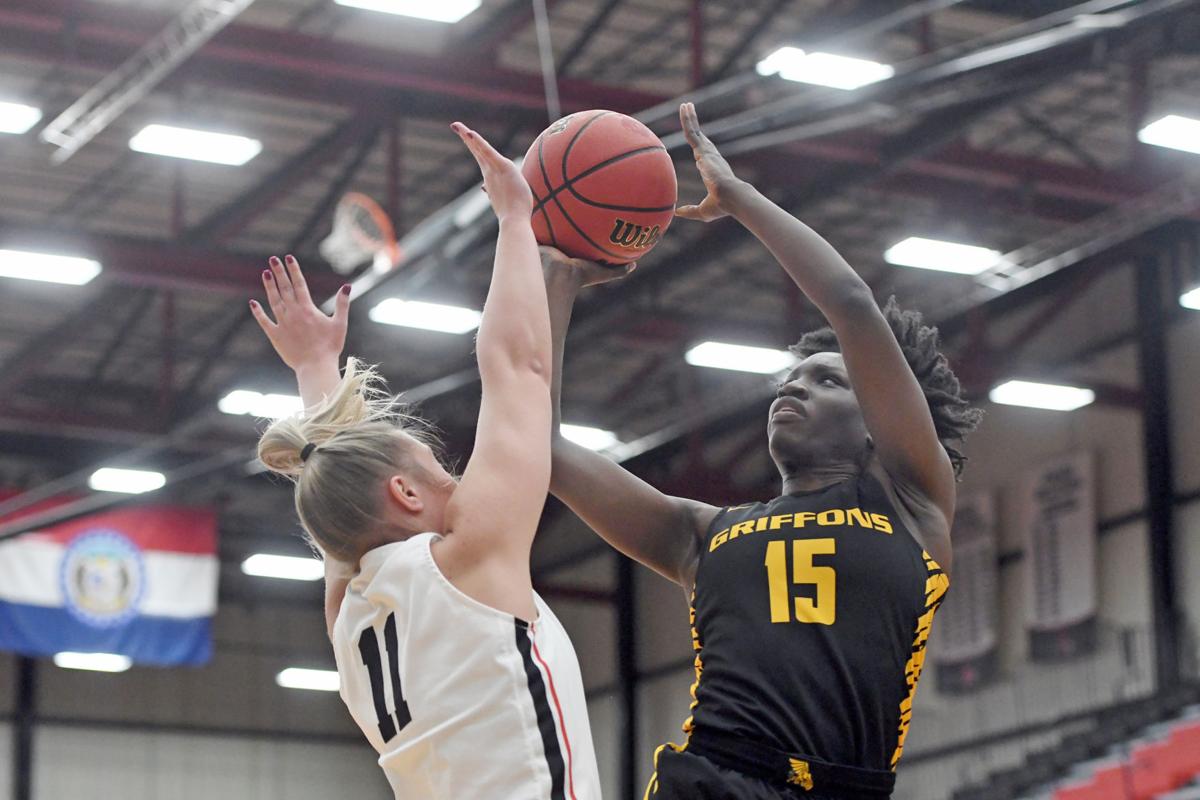 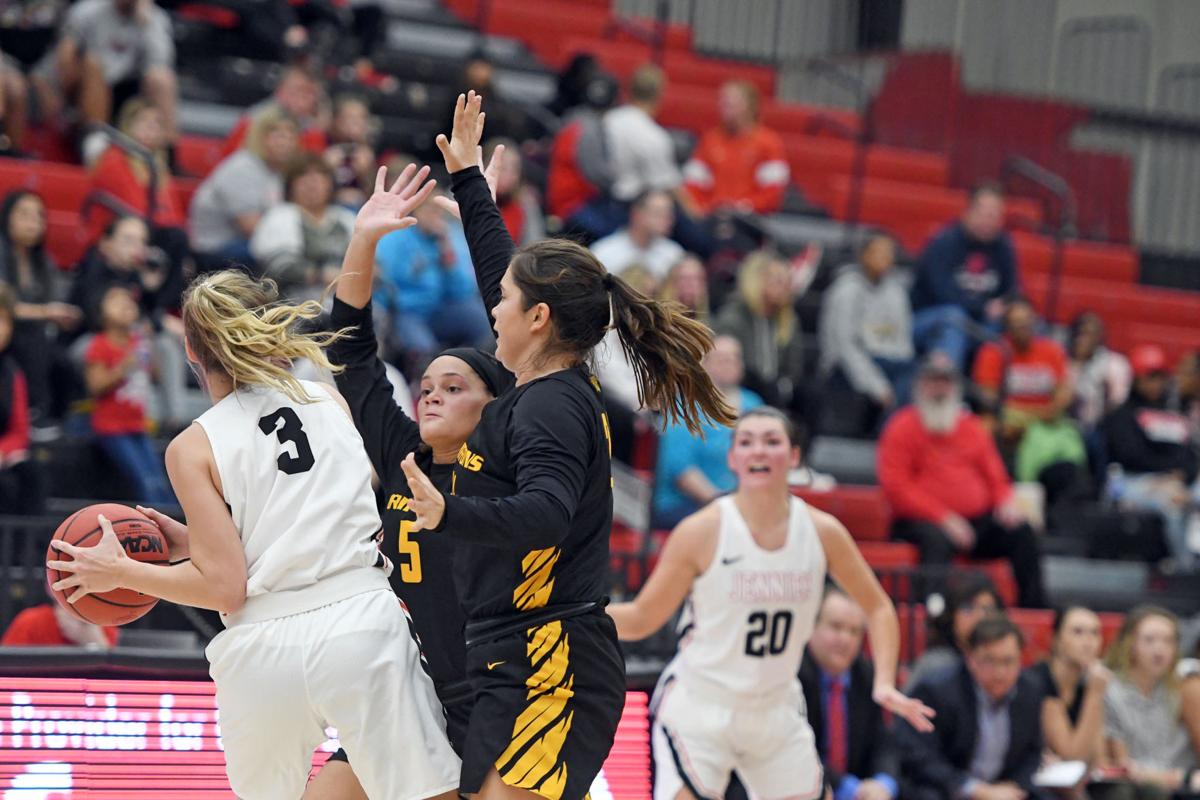 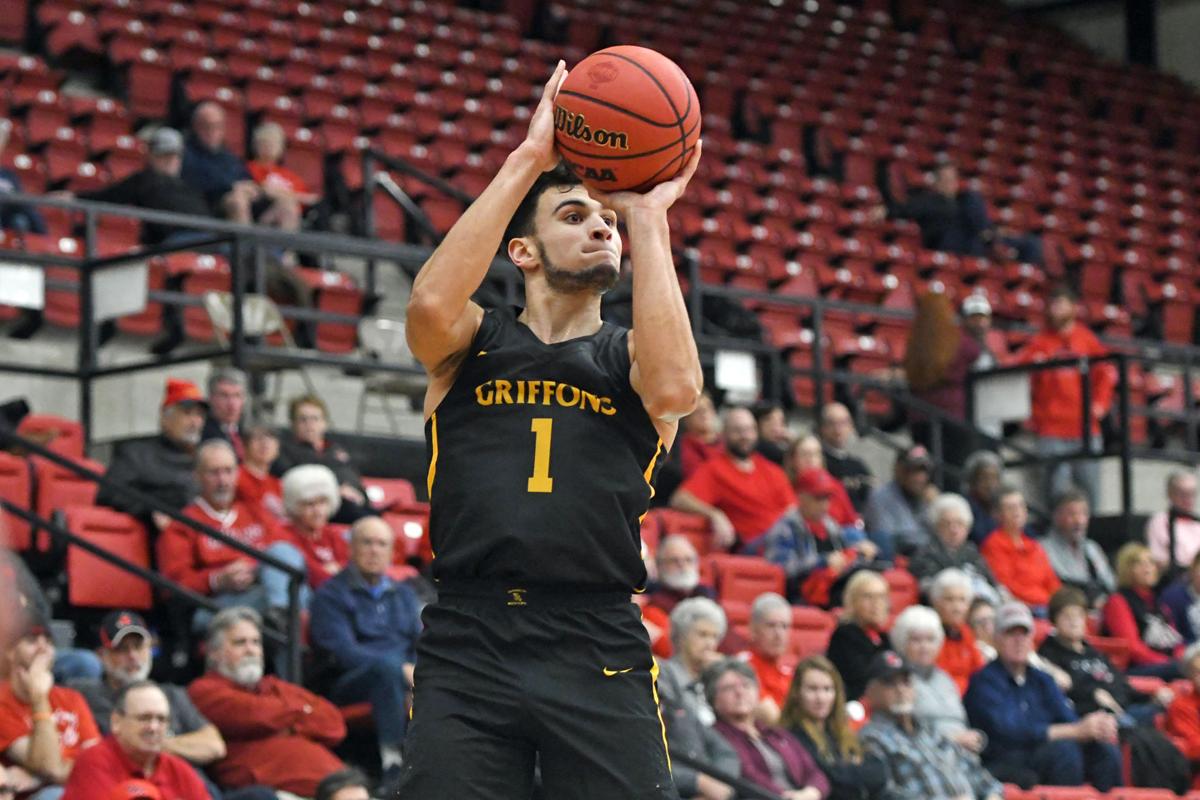 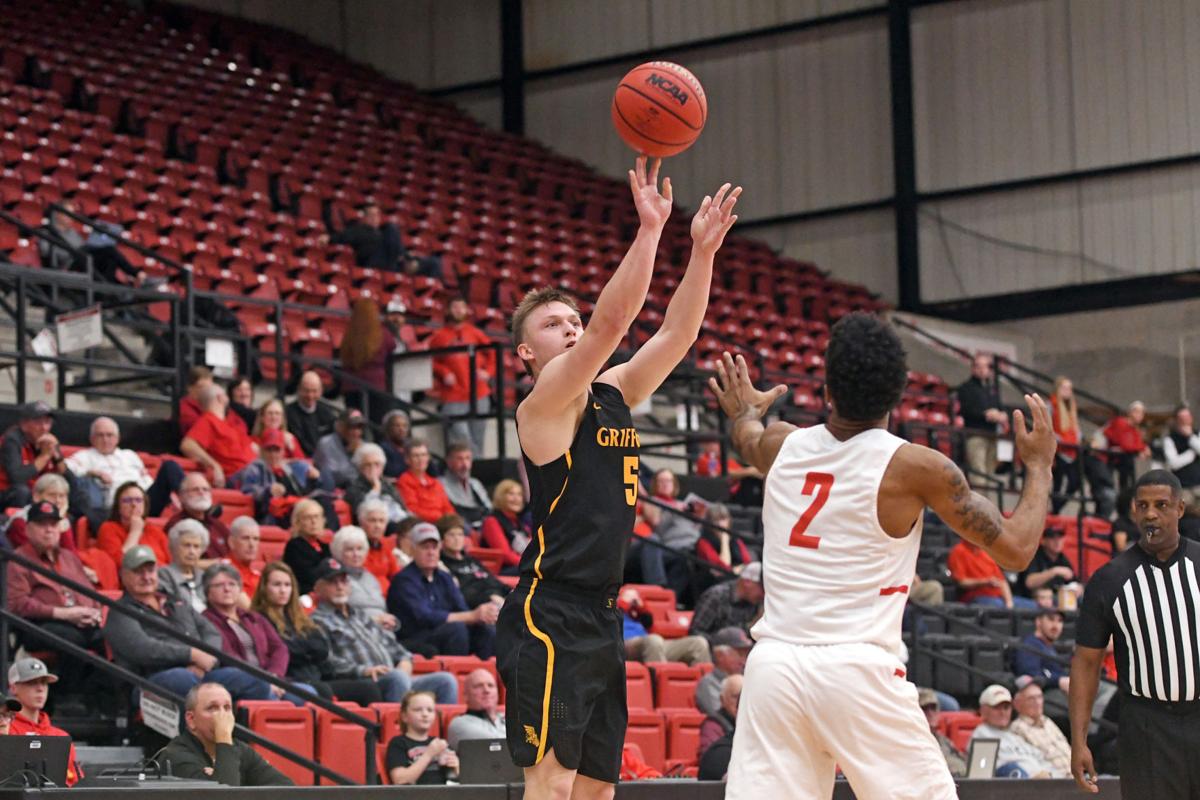 Missouri Western redshirt freshman Will Eames celebrates after securing a late rebound during Thursday’s game against Central Missouri at the UCM Multipurpose Building in Warrensburg, Missouri.

WARRENSBURG, Mo. — As Missouri Western made its way down to Thursday's destination, Will Eames looked out the window of his charter bus and saw the town of his alma mater, Lee’s Summit High School.

“We drove by Lee’s Summit and he yelled, ‘Let’s go Tigers. Let’s go Lee’s Summit.’ I said, ‘Willie, there’s a lot of schools that passed you on the way down here to Central Missouri in the MIAA and didn’t recruit you.’ I said, ‘Just know how loves, you baby — who loves you,” Missouri Western head coach Sundance Wicks recalled.

“We love Will Eames, man. He showed us tonight he’s the Larry Bird we recruited.”

That Will Eames, the redshirt freshman forward for the Griffons, finished with a game-high 25 points and 10 rebounds in a muddy 67-63 win against the Mules on Thursday at the UCM Multipurpose Building.

With the Griffons’ Batman in sophomore guard Tyrell Carroll missing the game due to the flu, the Robin that Wicks has searched for showed up to deliver a win in the team’s MIAA opener.

“One of my roles is I’ve gotta be able to score the basketball. My (3-pointer) wasn’t falling, but I felt really good attacking the rim and cutting,” Eames said. “The offensive glass, too. I’ve gotta find ways to score, and it was in the paint tonight. It felt good.

“First conference game, first half I felt anxious. Second half, I felt great.”

The Griffons shot 57% after half, making 16 of 17 free-throw attempts.

“TC is our best player. Him going down first conference game, that’s adversity,” Eames said. “We faced it. We battled. That’s what road teams do. We battled and got the win.”

Aside from Eames, freshman Reese Glover added 14 points in 31 minutes of action off the bench. Senior Tyus Millhollin added 12.

“(Carroll) going out, we had to learn a lot about ourselves real quickly tonight,” Wicks said. “The first half, we didn’t have a great rhythm. We stuck with it all the second half, the guys just did a great job making plays.”

The Griffons will travel to Lincoln for a 3:30 p.m. tip Saturday.

Missouri Western’s leading scorers and rebounders Chris Wilson and Corbyn Cunningham combined for just 11 points and four boards as UCM closed out the Griffons with a 12-2 run for 62-53 win.

It was the Roenfeldt show early as she paced the offense with two of her four 3-pointers in the opening two minutes as the teams came out of the games blazing, going in the first media timeout tied at 10.

Central Missouri took a five-point lead with a 6-0 run to end the first quarter.

Junior Simone Rodney provided an immediate spark off the bench, sinking a 3-pointer to push Western ahead 20-18.

Roenfeldt broke a 20-all tie with her third 3-pointer minutes later, and Rodney added her second three later in the quarter for a 27-22 advantage.

Sydnee Schovanec would bury back-to-back 3-pointers, though Western took a 32-28 lead into the locker room.

The teams traded leads on 3-pointers by Gigi McAtee and Kylee Williams before bunkering down defensively.

Following Simone Walker’s go-ahead layup, UCM went on an 11-0 run over more than three minutes to take a 61-51 lead and bury the Griffons.

VIDEO: Seeking a consensus on an online tax