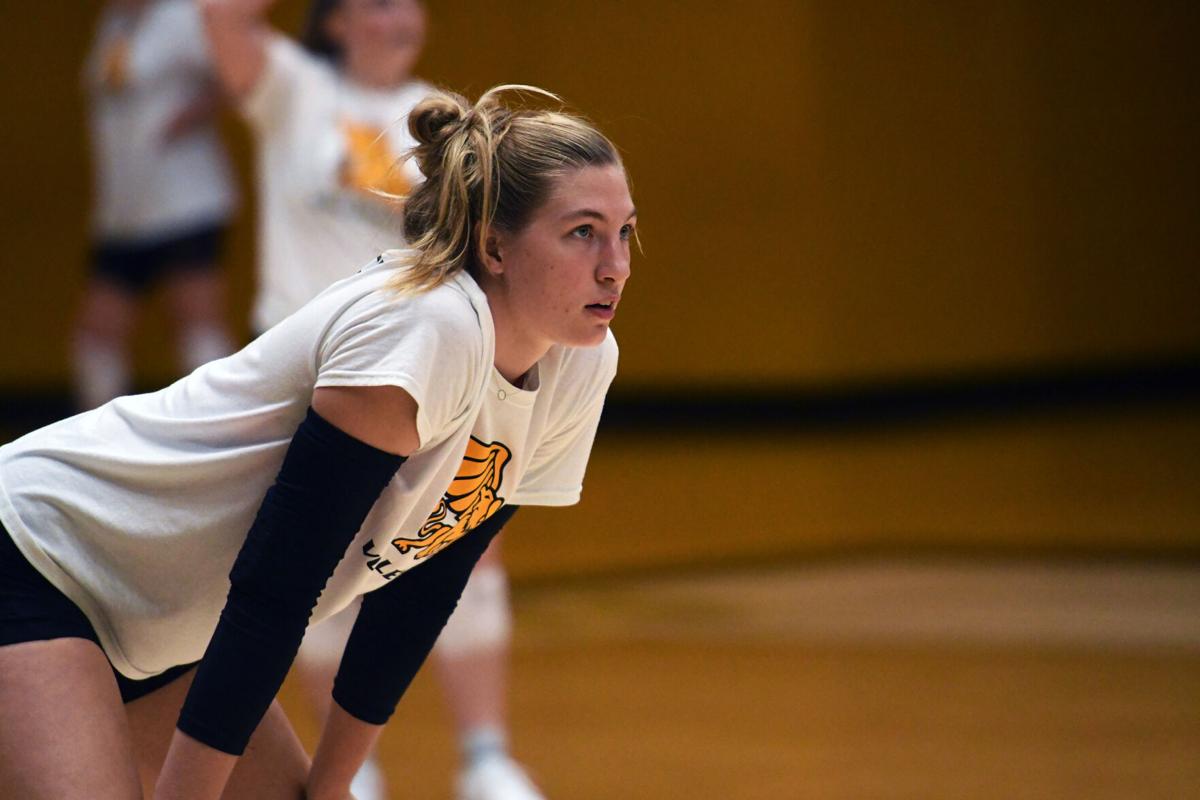 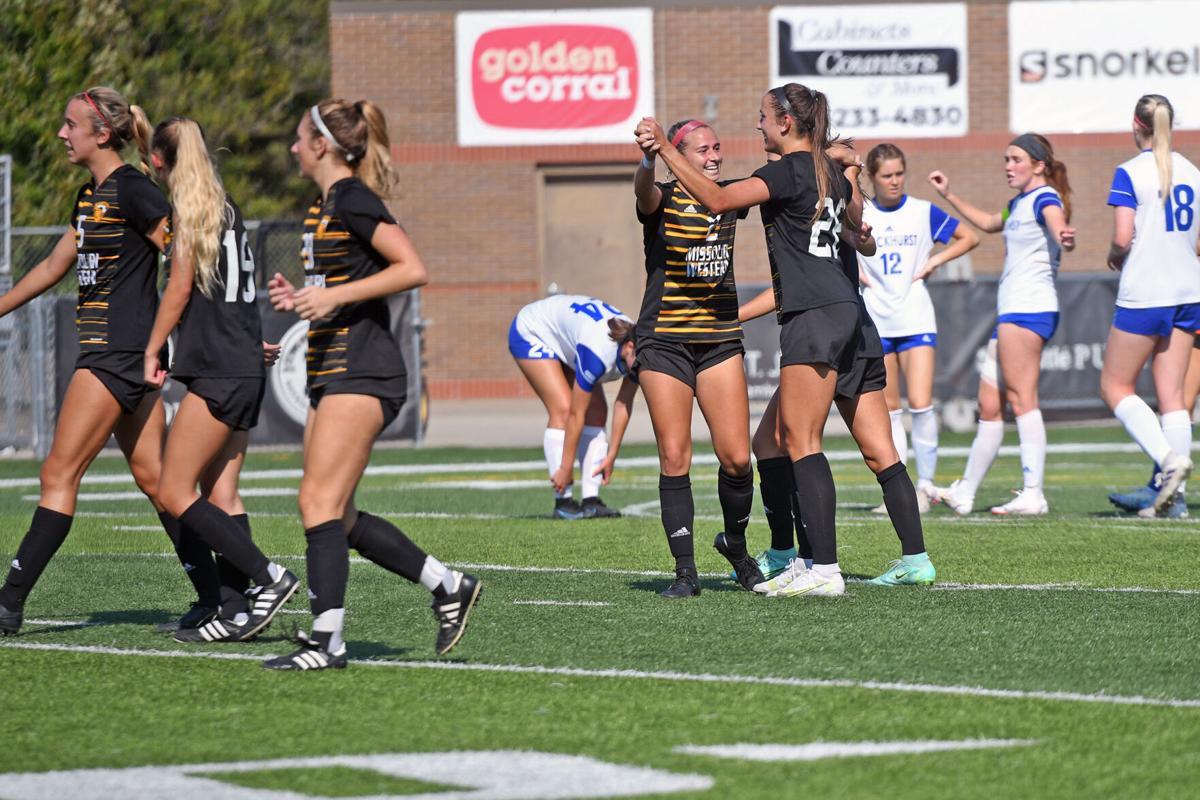 Missouri Western junior Kaili Campbell, right, celebrates her third goal of the game with teammates against Rockhurst at Spratt Stadium.

Missouri Western junior Kaili Campbell, right, celebrates her third goal of the game with teammates against Rockhurst at Spratt Stadium.

As excited as the Griffons are to prove themselves in MIAA play, Missouri Western volleyball has enjoyed seeing new faces.

With the lone action of the 2020-21 school year being a spring MIAA season, Western has hit the road for the first two weekends of the year to see non-conference foes. The return home with a 7-1 record, including a perfect 4-0 weekend at Kentucky Wesleyan, with MIAA play jumping into full gear this week.

“The goals we set for our team, a lot of them revolve around our conference schedule,” head coach Marian Carbin said. “To achieve those goals, make a regional run, you’ve gotta do good in league play. You’ve gotta go on the road to those tough places to play and win those matches. We’re excited for that challenge, to go out and do what we’ve set out to do.”

Ali Tauchen, the MVP of the Missouri S&T Tournament to begin the season, came back with a strong weekend to bring Carbin to her best start at MWSU. She averaged nearly 14 kills over her final three matches, including a season-high 15 against West Virginia State. On Saturday against Maryville, she finished with a .765 attack percentage, a career best for a night with more than 10 attacks.

The Griffons also had two double-digit block games, doubling up opponents on solo blocks this year and averaging nearly twice as many aces.

Western will open MIAA play at Central Missouri on Tuesday in a rematch of the final three matches of the spring season, which featured a five-set loss in the tournament, a road sweep and a four-set home win.

The Griffons then welcome No. 12 Northwest Missouri State to MWSU Fieldhouse on Saturday for the home opener.

“It’s a great opportunity to prove where we are in this league, to make a statement,” Carbin said. “We’re not (in the top 10), but that doesn’t mean we’re not a top team in this league.”

Soccer strikes on the road

Damian Macias’ first road trip with his new team paid dividends with a pair of overtime shutouts, including a 1-0 win Sunday to lift the team to 3-0-1 through two weekends.

Following a scoreless draw Friday at Wayne State, California State Bakersfield transfer Eszter Toth, who led her old team in points in 2019, scored her first goal in the 99th minute Sunday for a 1-0 win against Southwest Minnesota State.

Macias believes it’s only the start of more to come for the hopeful senior leader.

“You’ve got to crack the seal. You’ve got to get the first one. You’ve gotta have that confidence,” Macias said. “It can get a little overwhelming, a little frustrating when you continue to go but are just off a hair. That first goal is a step in the right direction, for sure.”

The Missouri Western women’s golf team finished Monday in a tie for 11th with a team score of 321 at the Northeastern State Women’s Golf Classic. Allycia Gan shot a 5-over 77 and leads the way in 31st place. The men are in seventh at 33-over at the Washburn Invitational. LeBlond grad Jeff Johnston, playing in his first tournament, and Matt Thomas are tied for 19th at 7-over. … Tennis will begin its fall season with matches Tuesday and Wednesday. … Cross country will compete in the Missouri Southern Stampede on Saturday. … Western football will host Emporia State at 6 p.m. Saturday at Spratt Stadium.