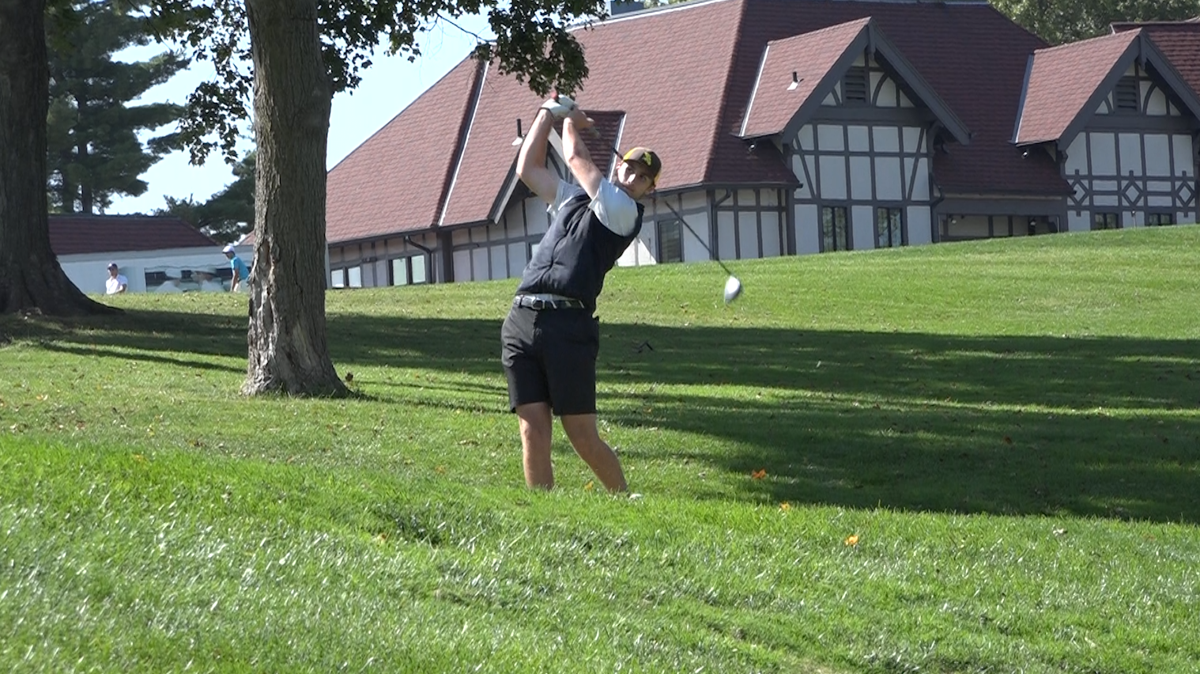 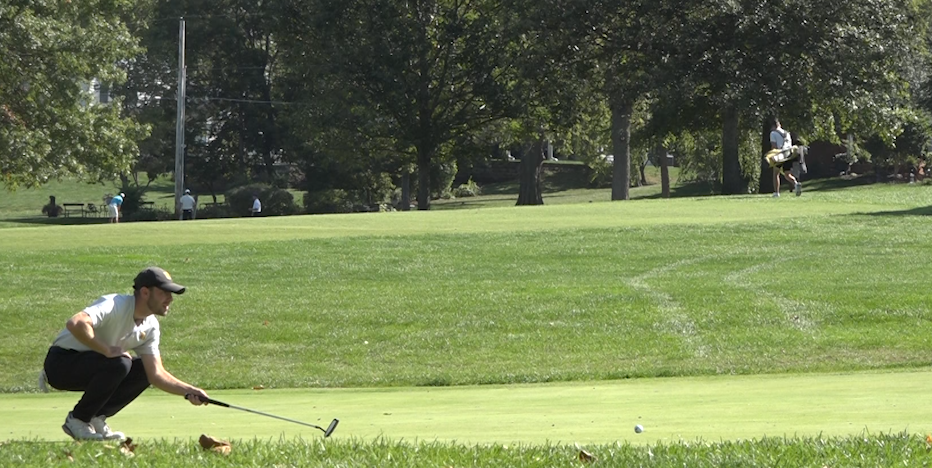 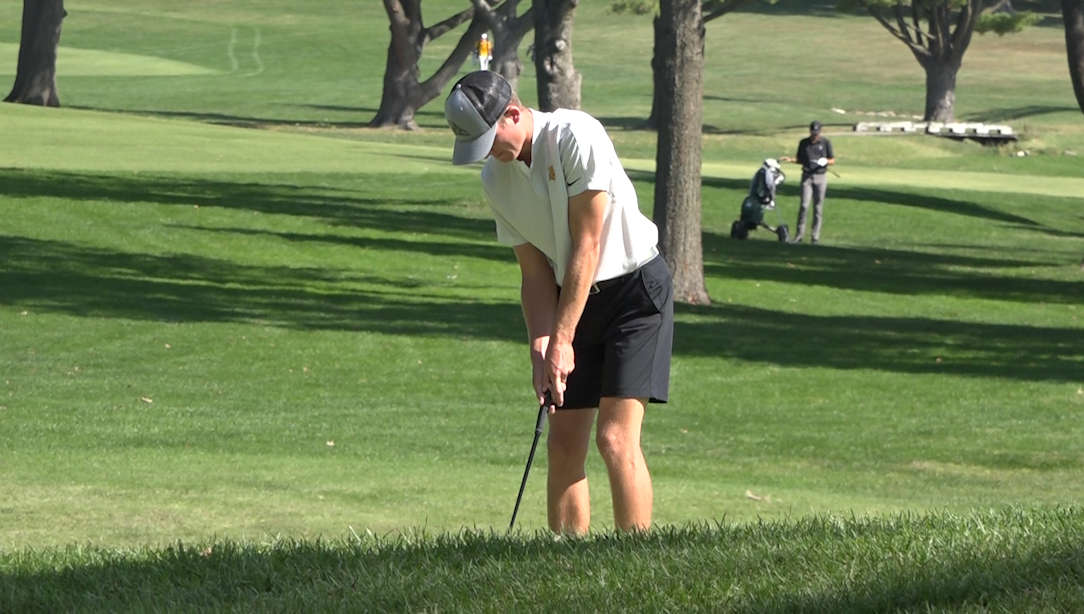 After a slow day one for the Griffons which featured a five-hour rain delay, Missouri Western men’s golf finished strong in the final day of their Holiday Inn Express Invitational Tuesday at St. Joseph Country Club.

“We dug ourselves in a hole yesterday no question but the thing about it is, we’ve just got character and resolve,” Missouri Western head coach Greg Dillon said. “That’s what this team’s got is a lot of bounce back.”

The Griffons took home a final round 283 to earn third place. Central Oklahoma won the event, shooting a one-over 569. Washburn finished five shots behind in second.

On day one, Missouri Western’s first team finished the day just eight shots behind Washburn, with a four-man total of 299 (+15) good for a seventh-place tie with Southwestern Oklahoma State.

Leading the way for the Griffons by firing a final round 66 to tie for third place, Missouri Western senior Tom Buffington was proud of his team’s resiliency.

Missouri Western freshman and Bishop LeBlond alum Jeffrey Johnston shot a final round 68, bogeying his last two holes after shooting a first round 81.

Missouri Western’s Jett Simmons shot a final round 72 after his first round 76 finish.

“I guess what I’m most proud of is even when we play bad the first day, nobody ever gives up,” Buffington said. “We came out. We didn’t even think about quitting. We weren’t think about nailing it in. We just came out and went to work and battled hard. So it seems like no matter how good or how bad we are, we always give full effort, which I’m really happy to be part of.”

The Griffons end their five-tournament fall schedule next week with a trip to Hays, Kansas for the Fort Hays State Tiger Classic.