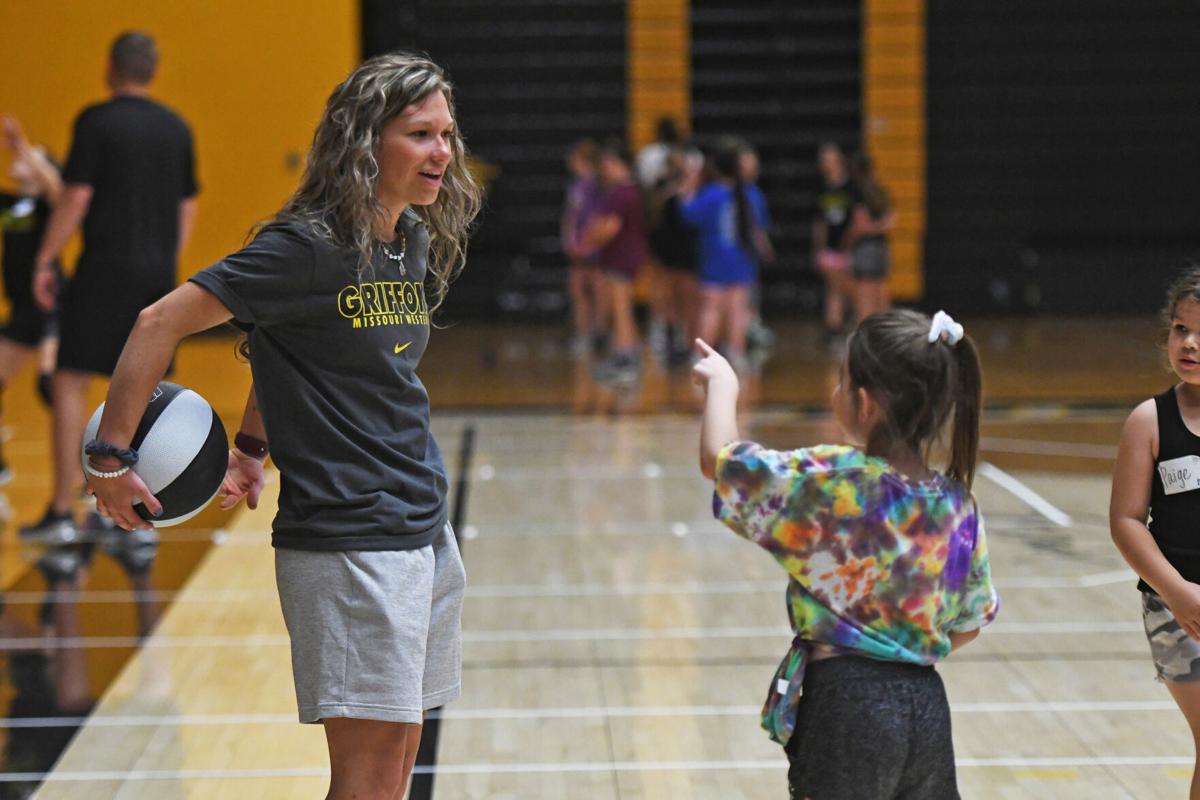 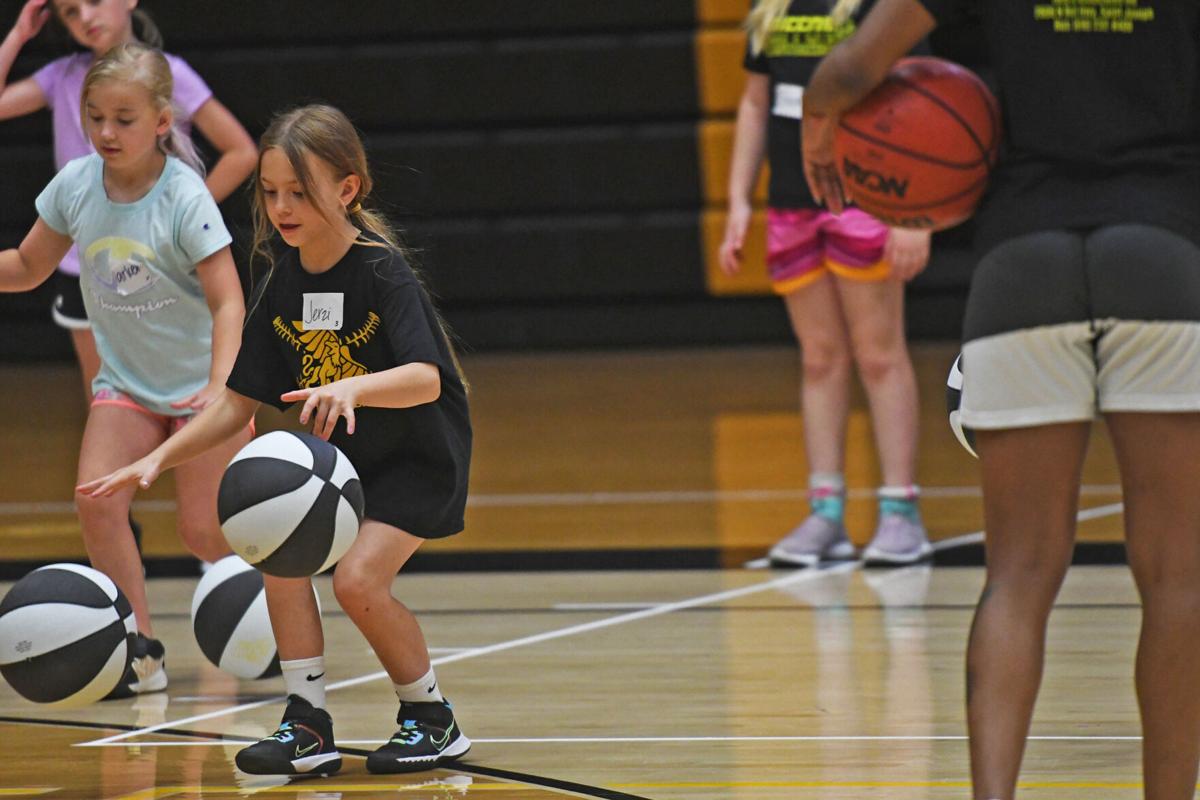 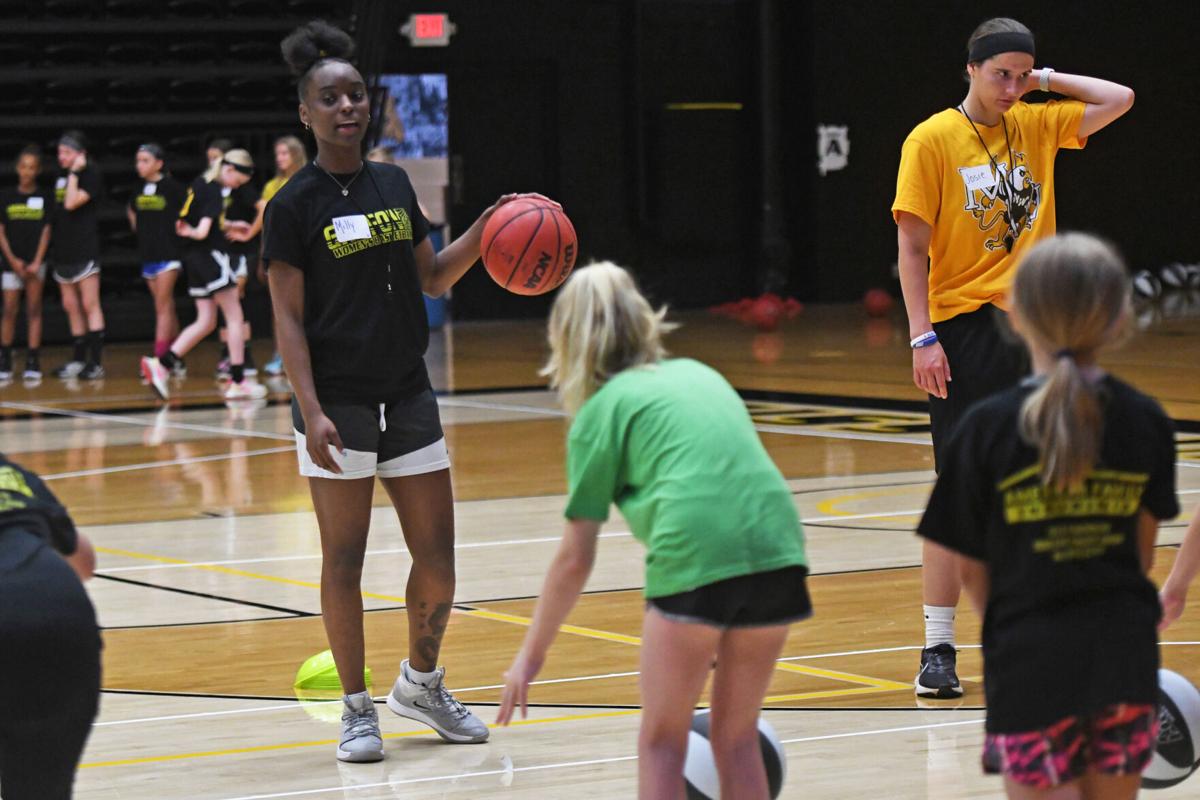 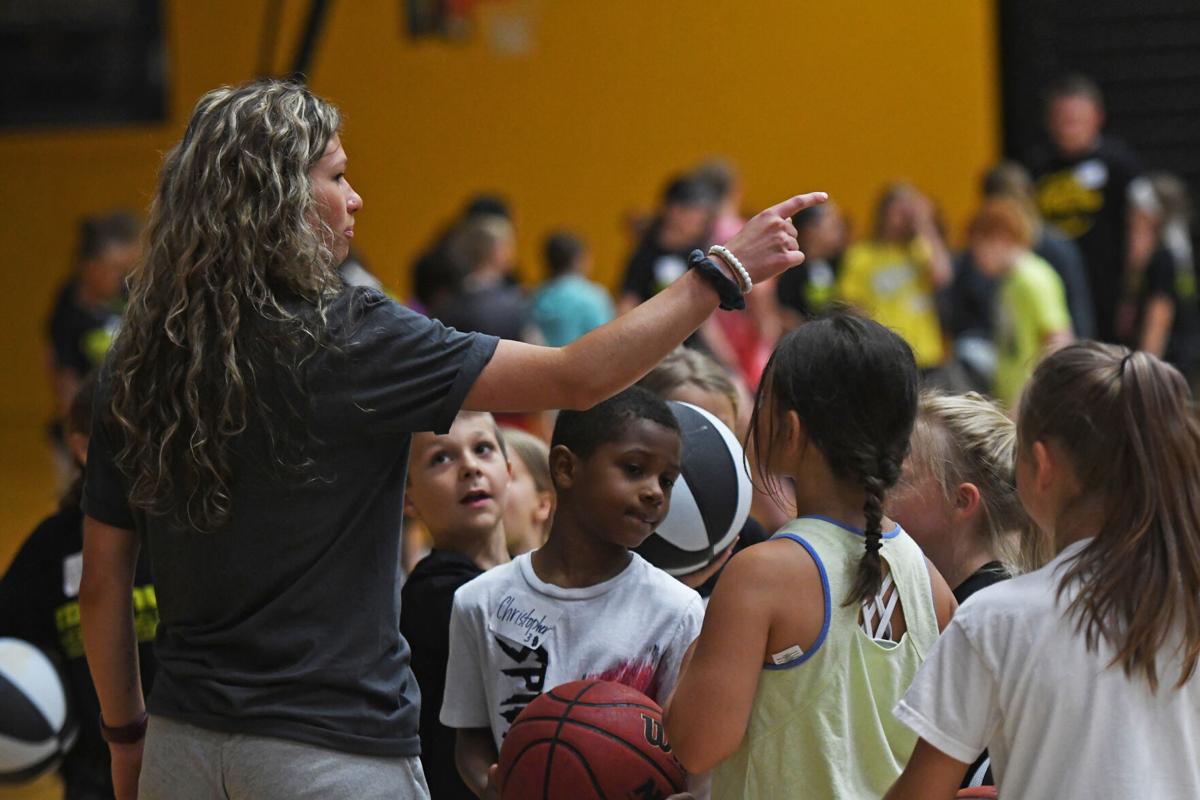 As Jaelyn Haggard prepared for his first Missouri Western women’s basketball youth camp as a Griffon, she came across memories from long ago.

The graduate transfer, who is making the move back to her hometown after a four-year career at Northwest Missouri State, came across a shirt she received from a camp more than a decade ago. Now 22, Haggard frequented Griffon camps and games.

Once idolizing former players, some who went on to become friends and mentors, Haggard became that for local youth this week at the first Little Griffs Camp put on by Candi Whitaker’s staff.

“It’s kind of surreal. I remember being here when I was their age,” Haggard said. “It’s really fun to be able to serve the kids and be in my hometown and see a lot of familiar faces.”

Haggard, alongside many of her teammates and coaches, spent the week teaching more than 80 kids up to sixth grade the fundamentals of the game. The three-day sessions included scrimmages, competitions and drill sessions from the players themselves.

“There’s always a couple goals with camp. One is to get better, teach them drills that they can go and learn on their own. Second would be have fun, have a lot of fun,” assistant coach Emily Wacker said. “Third is the relationship piece with our players, make them feel like they’re a part of the team, make them wanna come back and watch games, and really support us.”

Wacker is no stranger to camps, participating in them while growing up and even helping run them during her time as a player at Nebraska. Coincidentally enough, Missouri Western freshman Kadyn Cobb participated in Huskers camps while Wacker was a player, bringing nostalgia to the current Griffons.

“These relationships and being a role model for these kids is the best feeling ever. Having them come up to you and say that they loved your station or you’re an awesome coach is amazing, it’s perfect,” Cobb said. “ I’m trying to make it as fun and competitive and memorable for these kids as I remember going to camps like these were.”

In the near future, Haggard will walk off the floor as a Griffon and likely will be greeted by the same players she worked with this past week. With the feeling setting in even more that she’ll be playing in her hometown, she’s excited for the week that could serve as a building block for the area’s youth.

“They look up to us, but it’s fun to see where they start and know this could be them one day,” Haggard said. “Just seeing them in the crowd and knowing this all started here is really awesome.”

Mustangs fall to the KC Monarchs, 3-0