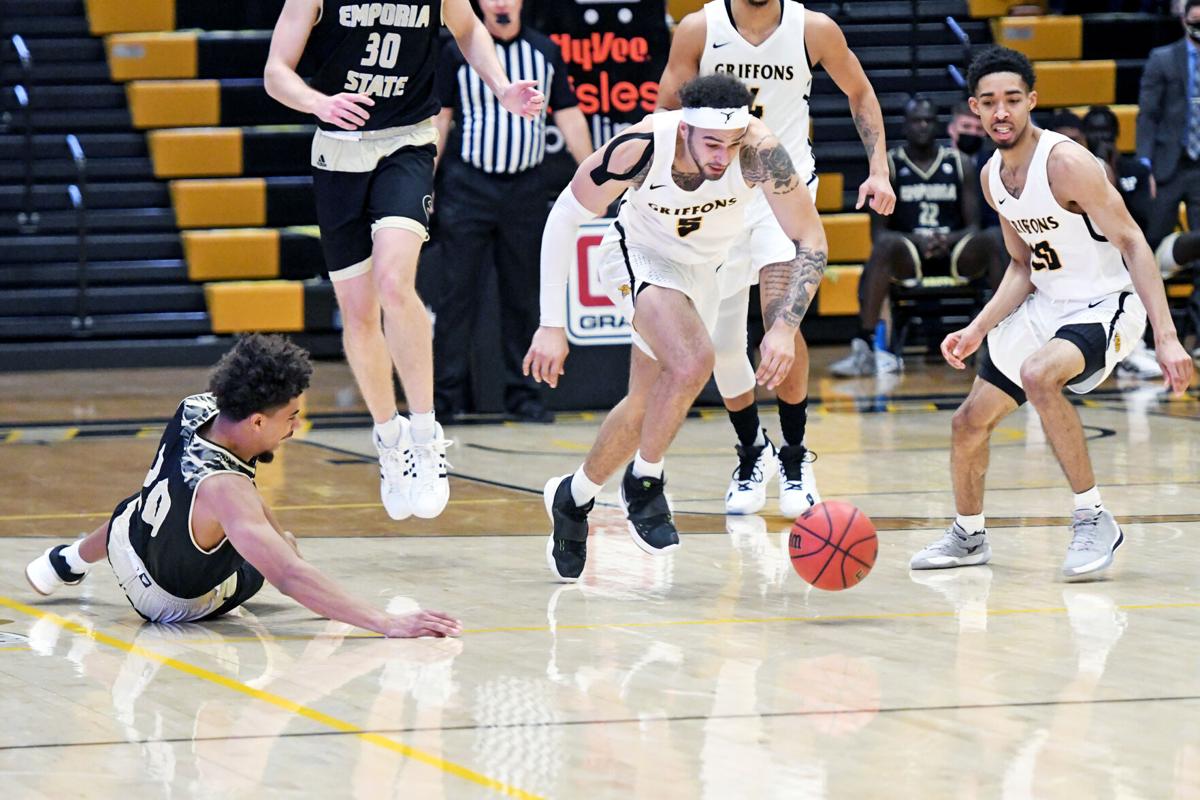 Missouri Western junior Caleb Bennett chases the ball down after a steal against Emporia State on Thursday at MWSU Fieldhouse. 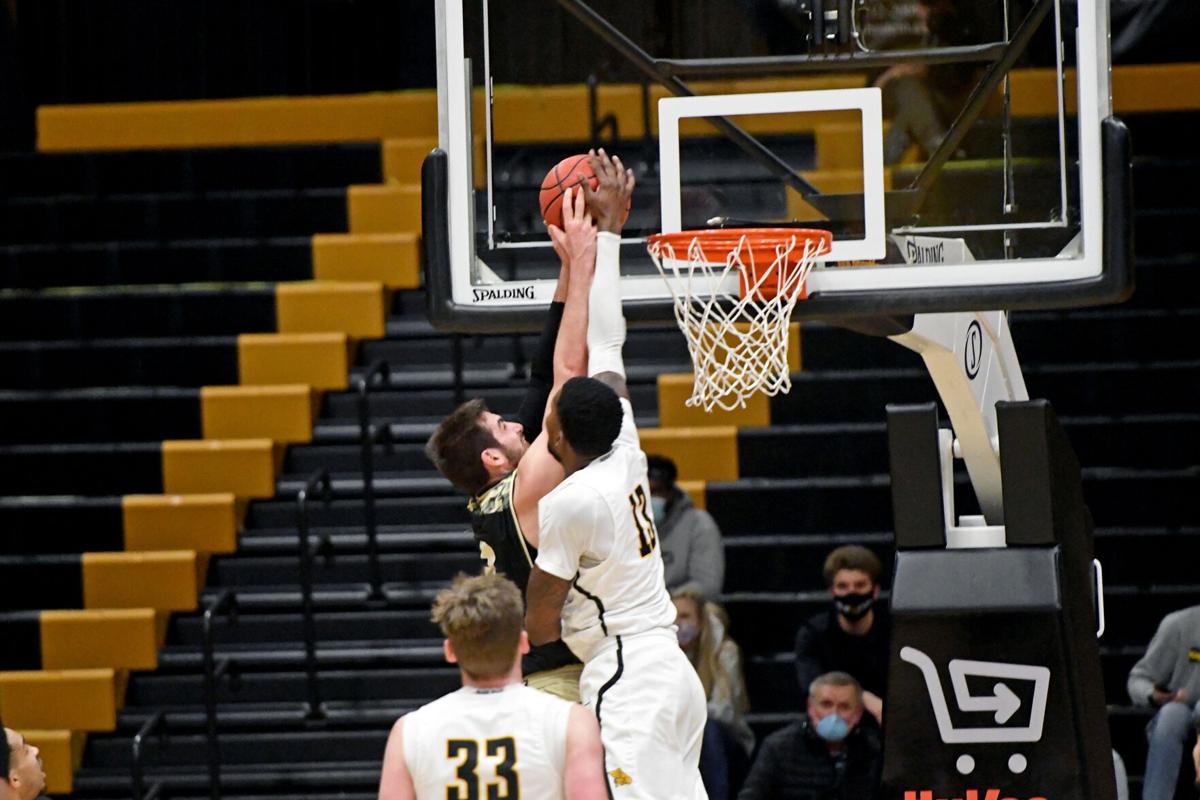 Missouri Western junior Caleb Bennett chases the ball down after a steal against Emporia State on Thursday at MWSU Fieldhouse.

On the opening possession Thursday at MWSU Fieldhouse, Missouri Western junior Caleb Bennett jumped an Emporia State pass headed his way. He tipped it up the floor, regained control and let out a roar as he rose for a tomahawk slam.

“We’re getting more and more comfortable in (the full-court press). We’ve got really fast, lengthy guys,” Bennett said. “It gets annoying. We’re able to force those turnovers and get into transition where we get easy buckets.

Bennett finished with 22 points, his most since joining the Griffons, and a program record eight steals. He finished 10-for-14 from the field, highlighted by two dunks in the open court and another putback dunk in the second half.

“You’re starting to see what everyone knew in this town, what he’s capable of. He’s capable of even more, and he’s starting to feel it,” Western coach Will Martin said. “He set the tone early for us. He got the steal, the emphatic dunk. Somebody’s gotta start sending his stuff into SportsCenter, man.”

Despite the start, the Hornets jumped out to a 21-14 lead midway through the first half. The turnovers began to finally catch up with Emporia State (5-3) as a 15-2 run, courtesy of eight points from Bennett and seven from Q Mays, turned it into a 29-23 Western lead.

“I’m disappointed we didn’t convert more off that, but I’m proud of the guys for the work they’ve put in the last three weeks,” Martin said. “We had to press to keep (Jumah’Ri Turner) from being able to do whatever he wanted in the half court.”

Western (6-1) extended the lead to 11 thanks to a 3-pointer from Reese Glover with 14:01 to play, though the Griffons were just 4-for-23 from 3-point range. Emporia State came into the game as the best defensive team in the league and held Western to its lowest scoring total since the opening game of the year. Western show just 42%, making 29 of 69 shots.

“Shots weren’t falling for us, shots that we usually make. We’re top 10 in transition, so we were taking shots that we practice, they just weren’t falling,” Martin said. “Sometimes that happens. What I love is that we stayed locked in to the defensive end. If you do that, you can give yourself a win every game.”

“We just knew we had to play defense, grind it out,” Carroll said. “When shots aren’t falling, you’ve still gotta find a way to win.”

Carroll took over late, slowing the game down and making all three shot attempts in the final four minutes to ice the game. He finished with 15 points, give assists and five steals. Mays added 14 points and two steals. Glover added four steals and a pair of made 3-pointers.

Missouri Western now turns toward its toughest test of the season when it welcomes No. 5 Washburn at 7:30 p.m. Saturday. The Ichabods (8-0) lead the MIAA and are fresh off a win at No. 1 Northwest Missouri State on Thursday.