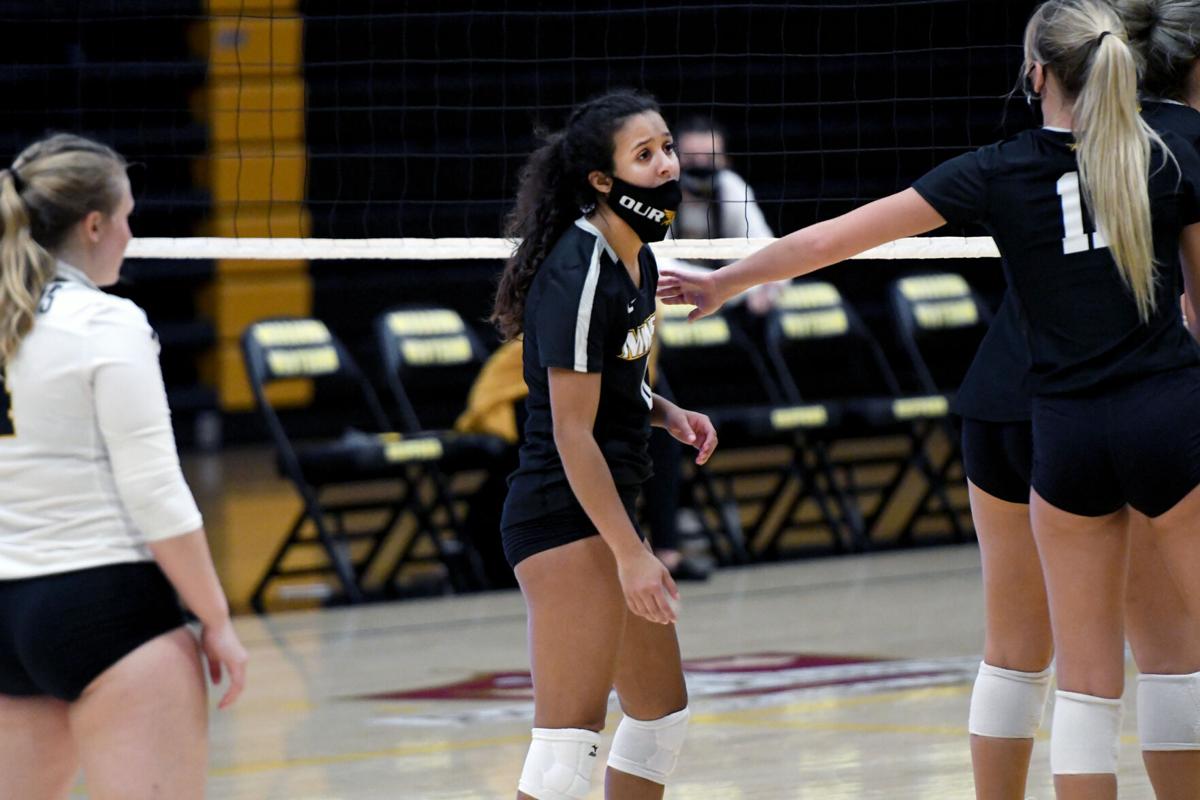 Missouri Western junior Ami Dias communicates with her teammates before a serve during an intrasquad scrimmage Thursday at MWSU Fieldhouse. 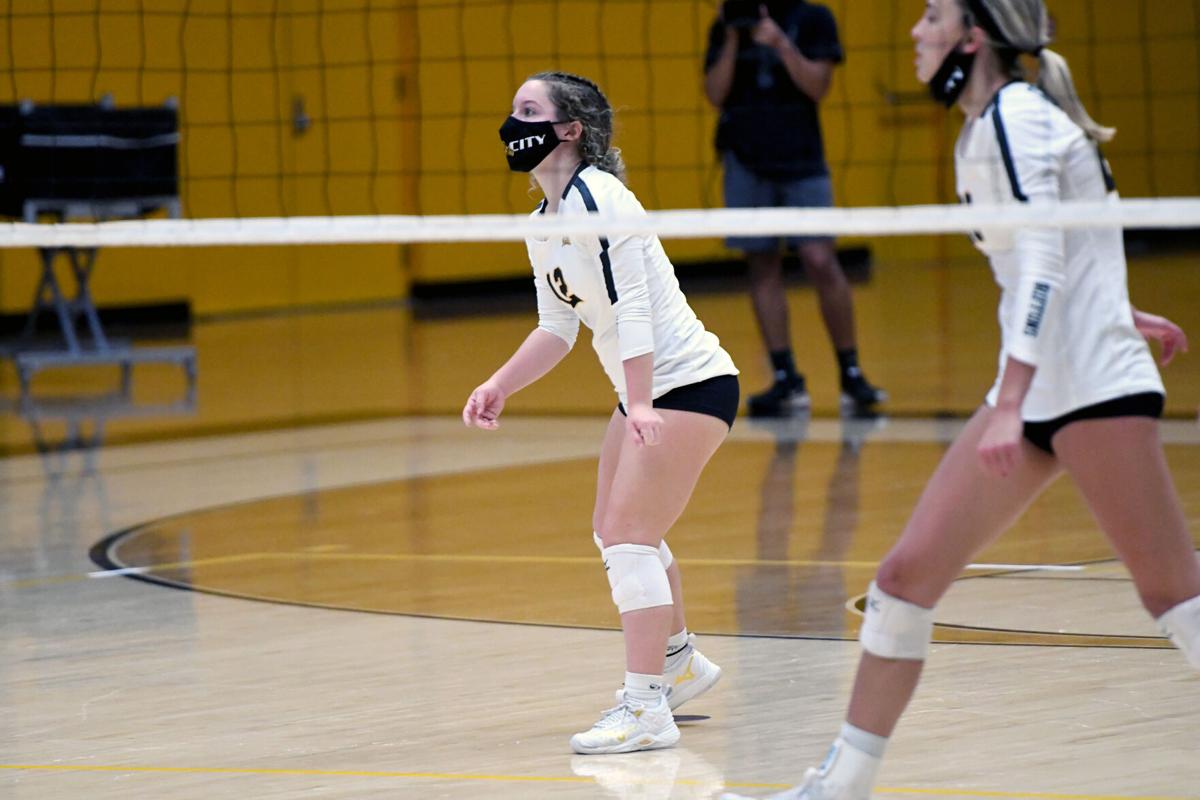 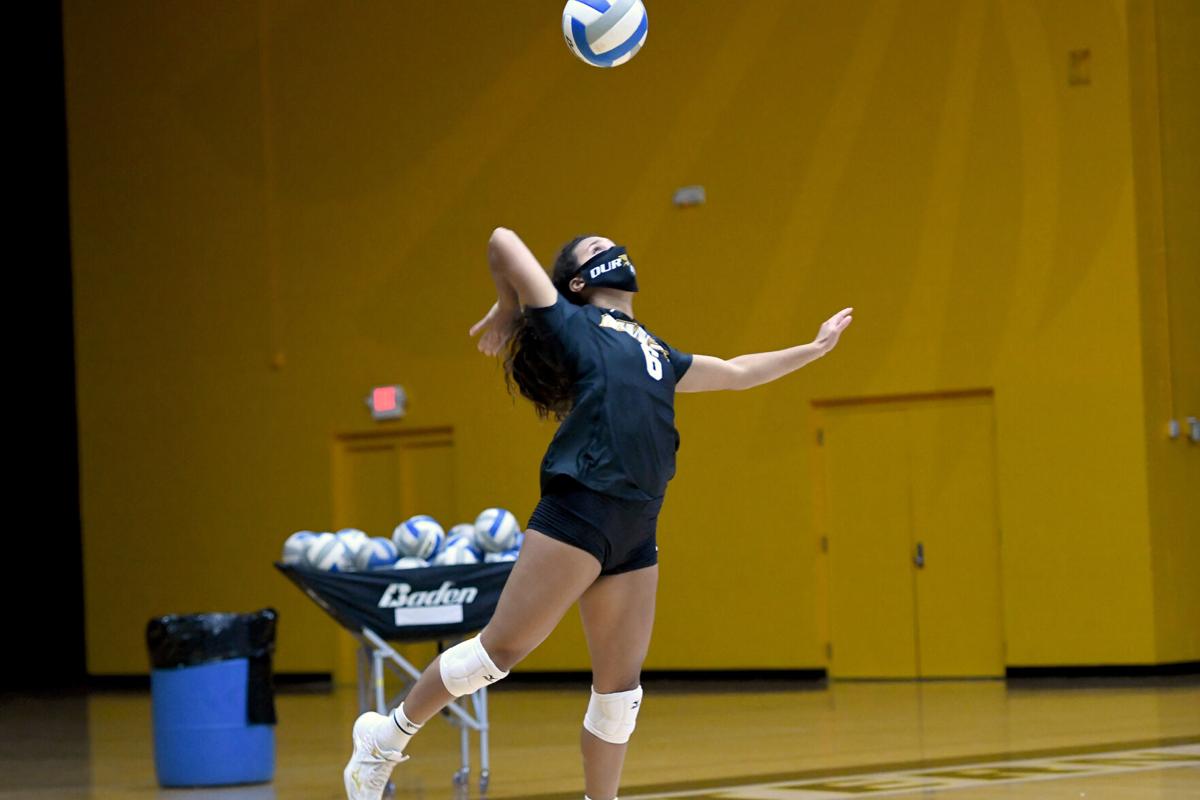 Missouri Western junior Ami Dias communicates with her teammates before a serve during an intrasquad scrimmage Thursday at MWSU Fieldhouse.

Since coming to Missouri Western in the last few months, the members of the Griffon volleyball team have been on pins and needles.

Marian Carbin’s team worked through the summer once given clearance under local health guidelines toward a season the Griffons weren’t sure would ever come.

For Abby Sollars and Ami Dias, two former Central Indians, being close to home has softened the hardship of being a student-athlete in a time of uncertainty. Aside from the home-cooked meals and free laundry, Sollars, a freshman, and the junior transfer Dias have battled through the mental strain of 2020.

“It’s difficult, mentally,” said Sollars, who signed to play for the Griffons back in November after a strong career at Central. “We came in and had no clue what to expect. It’s a bunch of things getting thrown at you. It’s tough, but it’s fun and we work through it.”

Following her days at Central, Dias went on to play at Johnson County Community College as a setter. Shortly after Sollars committed and with her mind set on returning home to undergo nursing school at Missouri Western, the opportunity came to join the Griffons.

“I was so excited when I found out she committed. It was like a month later (when) Coach texted me and I was like, Oh my gosh, we’re gonna get to play together again,” Dias said, referring to being asked to try out. “It’s gonna be the best thing ever. We were really close in high school. Leaving high school was hard, but being able to come back and play with her is great.”

Dias and Sollars have been friends since elementary school and helped Central to a 22-8-2 record in 2017. The setter and libero duo got the first chance to return to the court together Thursday when the team concluded its fall practice segment with an intrasquad scrimmage, facing off as members of the black and gold teams. Dias’ black squad eventually prevailed in five sets.

With the MIAA postponing the volleyball season to 2021 and reviewing the schedule over the coming months, it gave the team a tangible goal to work toward.

“I think it’s a big drive. We all want to come back and play. We’re here for school, but we wanna play ball,” Dias said. “I think playing in the spring is definitely an option and they’re pushing hard for us to do that. With basketball going over well, I think we’ll be able to have a season.”

Both players took the court in front of parents and a few members of Griffon athletic teams, giving a sense of a game-like atmosphere.

The next time they take the floor in their jerseys, they hope it’s against an MIAA opponent. Either way, Dias and Sollars are ready to make their city proud.

“It gives us hope,” Sollars said. “We’d work hard either way, but it gives us something to look forward to.”