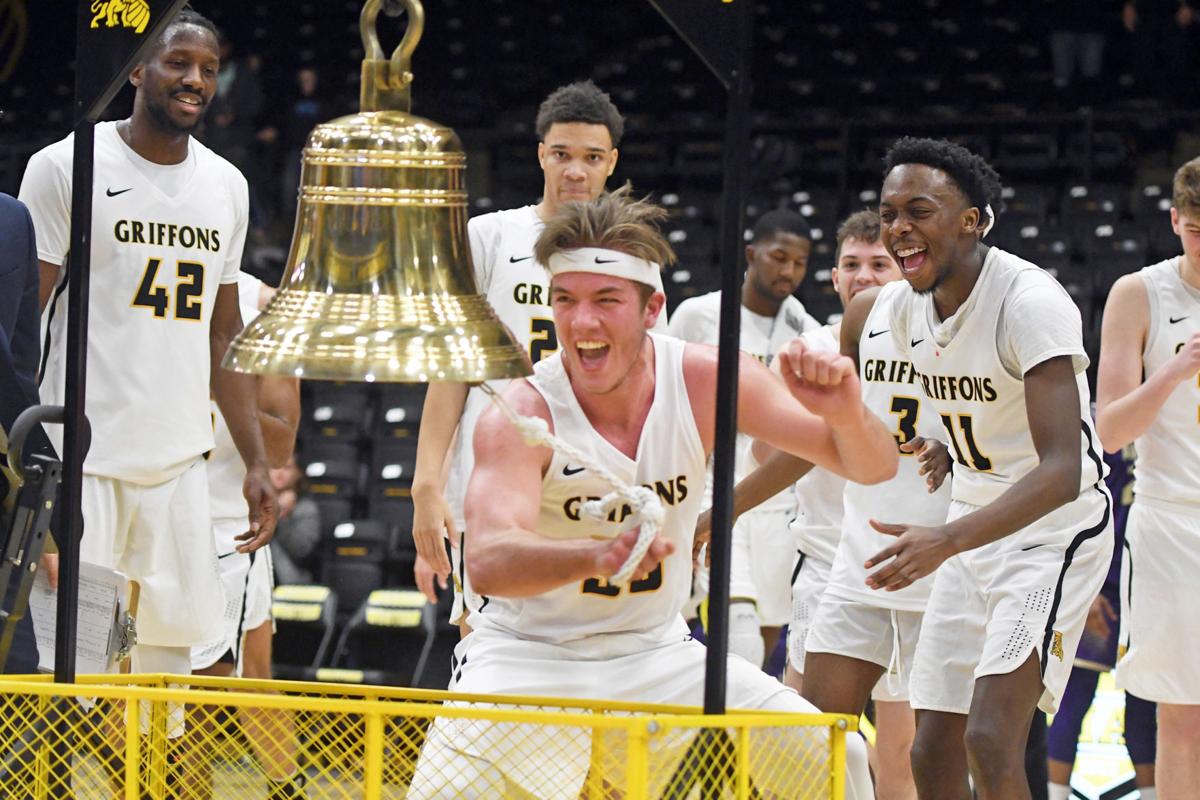 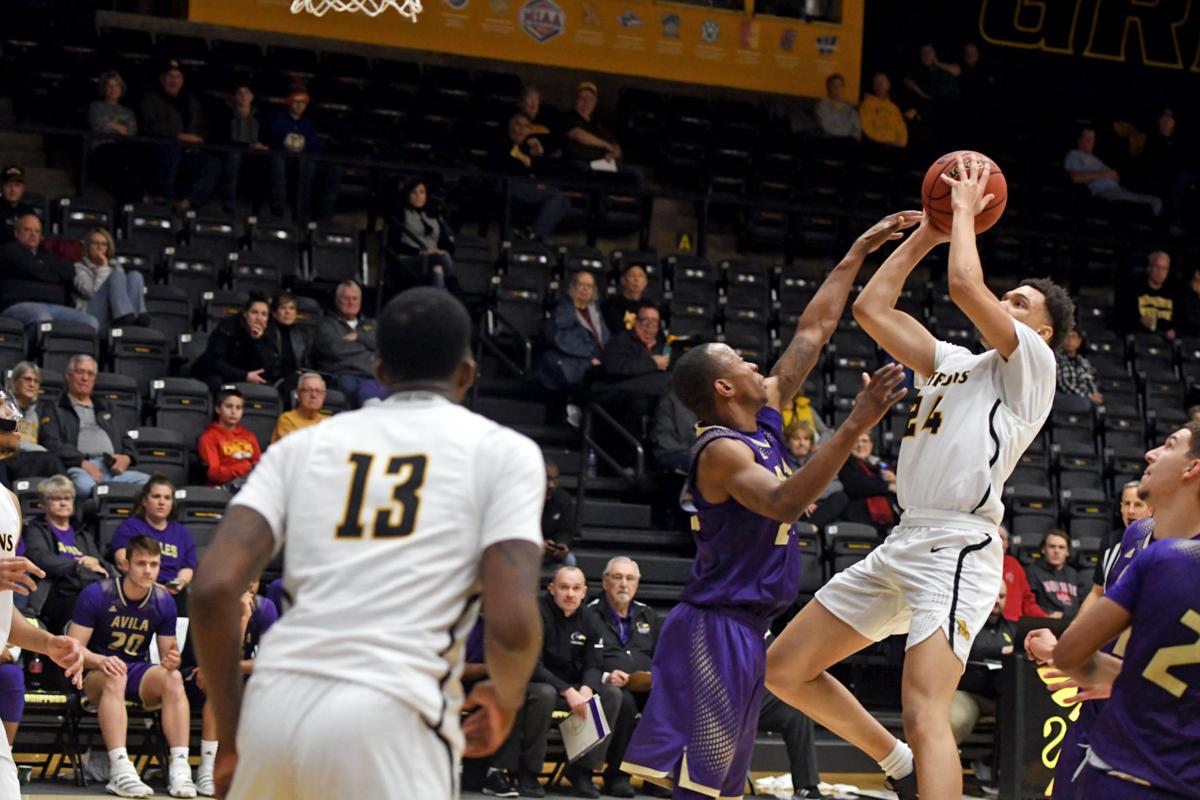 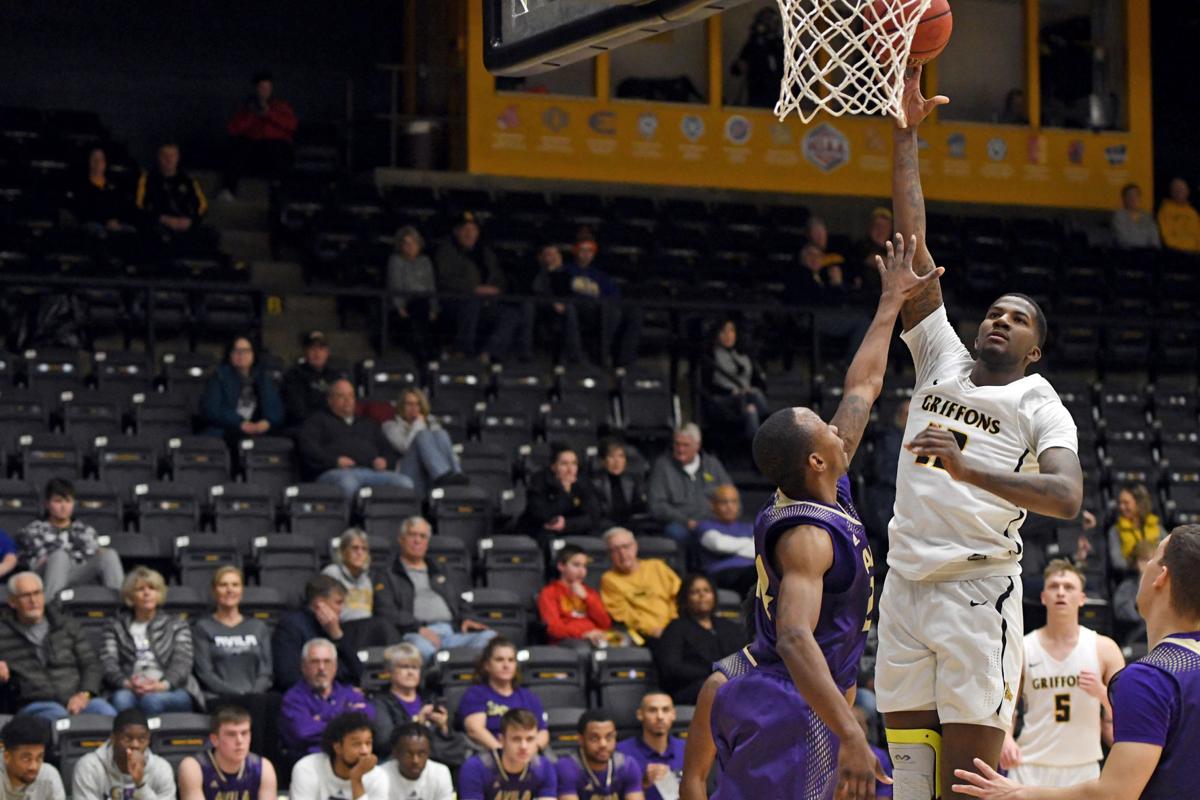 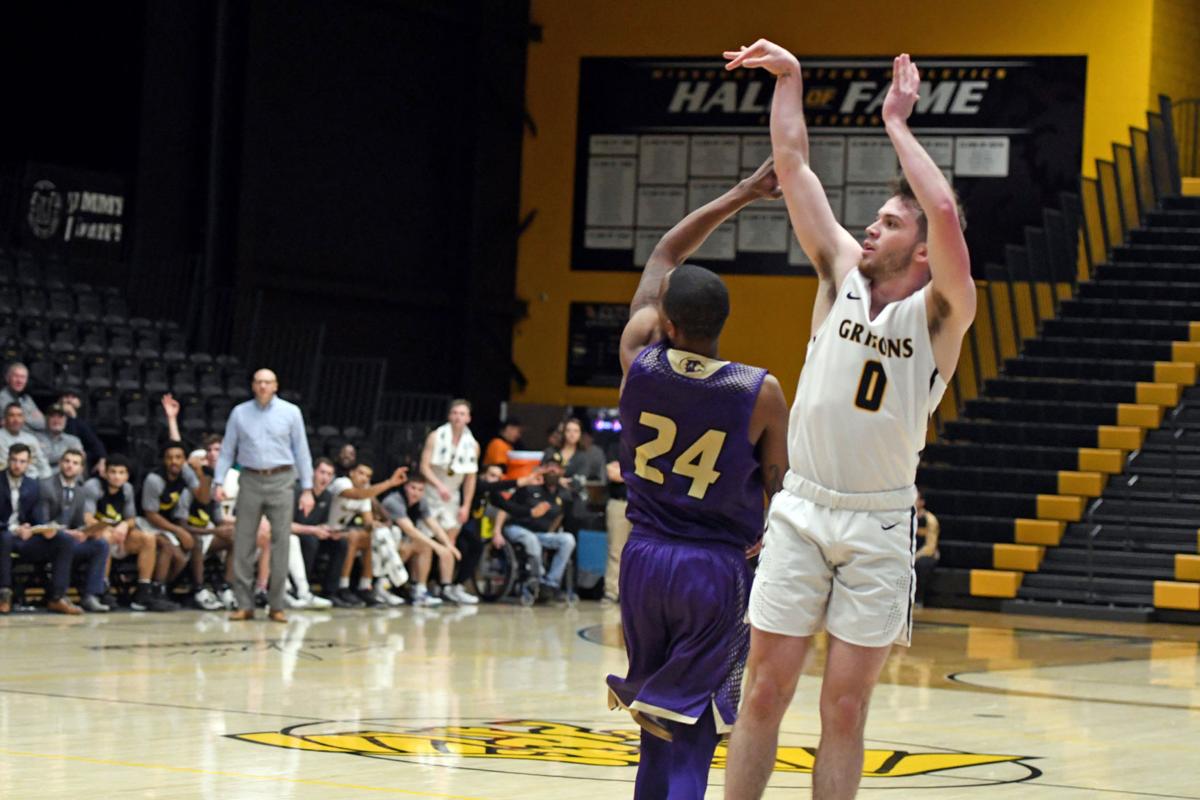 Missouri Western freshman guard Reese Glover follows through on a 3-point attempt during Tuesday's victory over Avila at MWSU Fieldhouse. 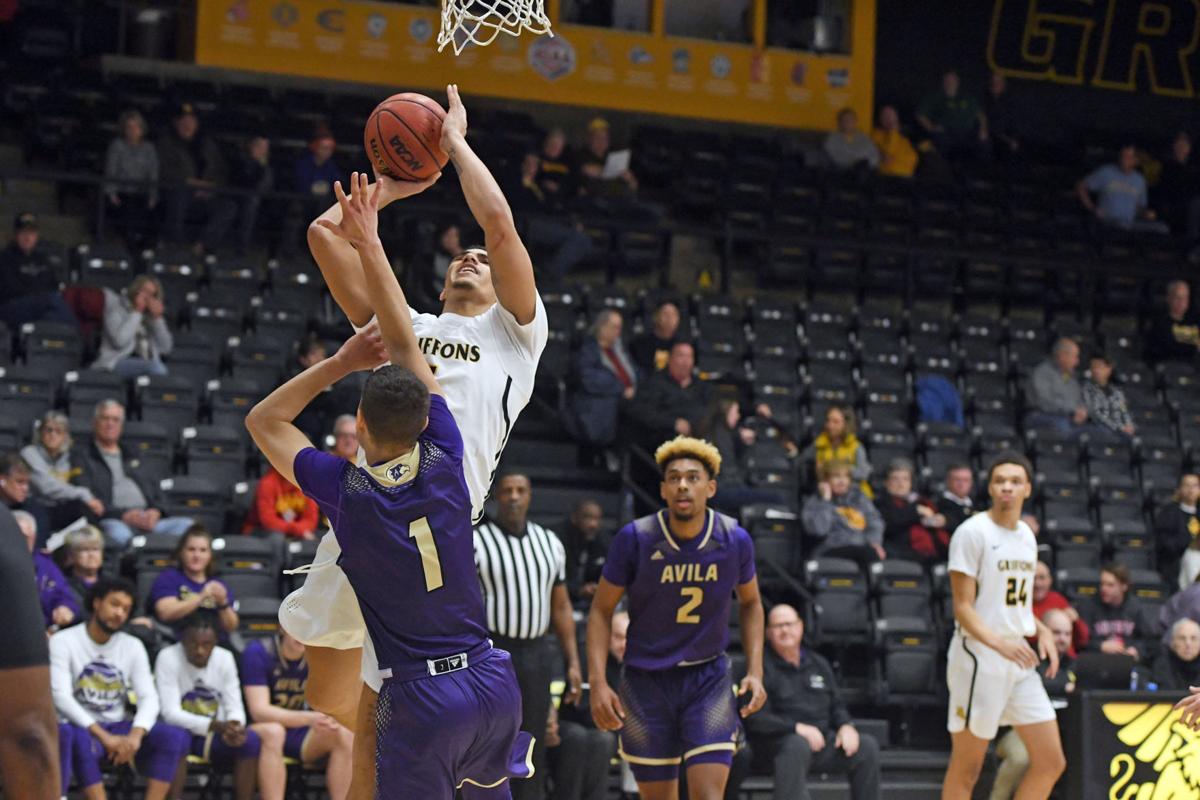 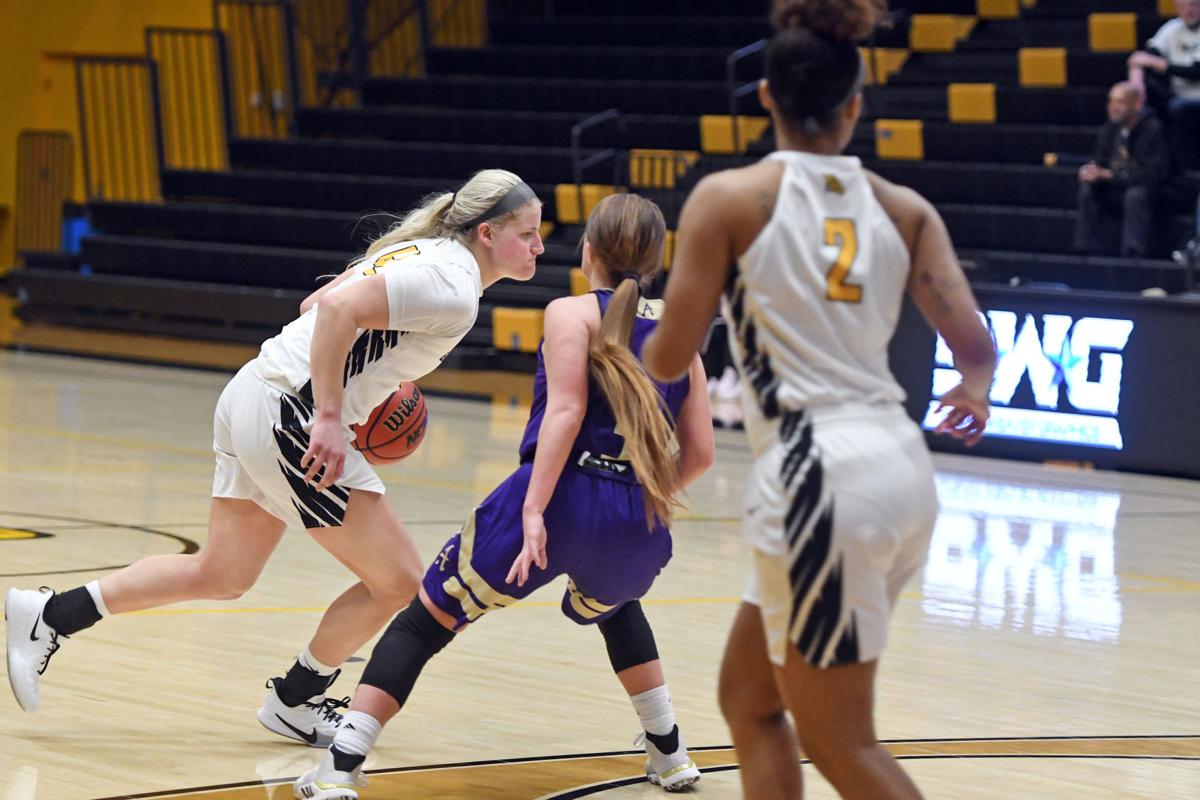 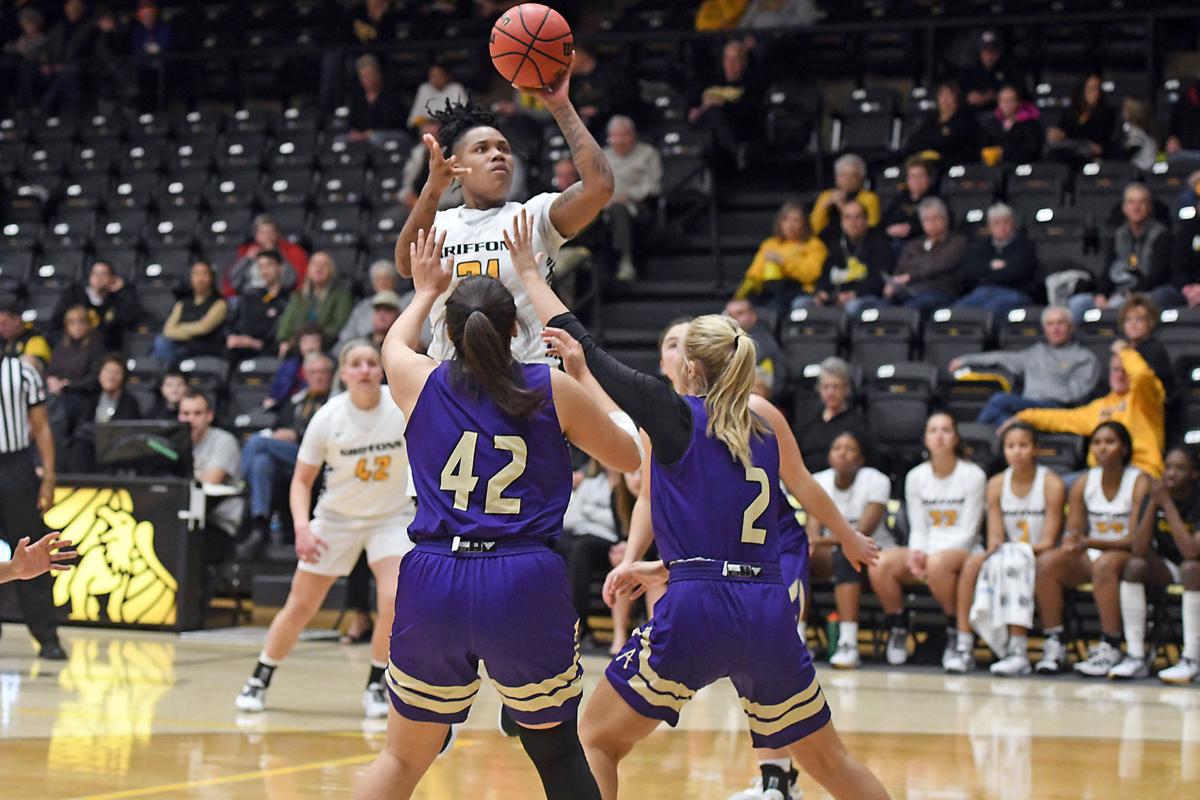 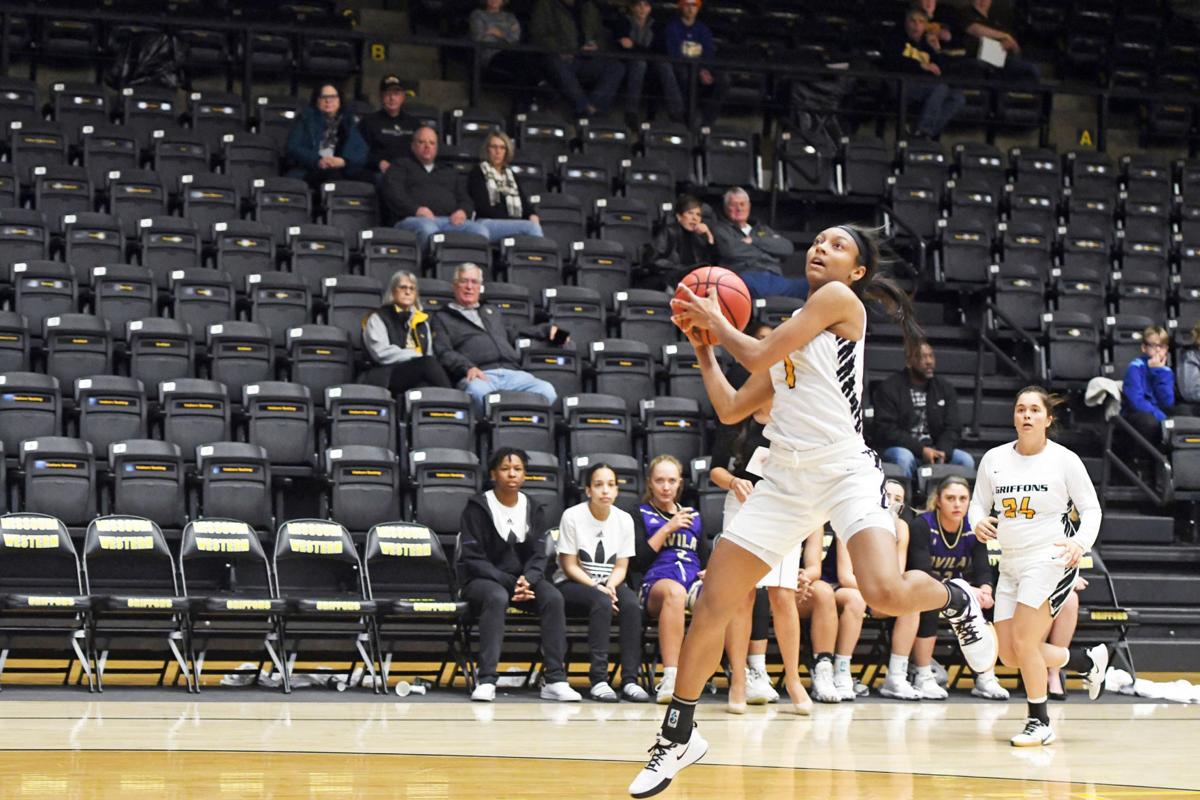 Missouri Western senior guard Anastacia Johnson catches a pass while driving into the paint during Tuesday's victory over Avila at MWSU Fieldhouse.

Missouri Western freshman guard Reese Glover follows through on a 3-point attempt during Tuesday's victory over Avila at MWSU Fieldhouse.

Missouri Western senior guard Anastacia Johnson catches a pass while driving into the paint during Tuesday's victory over Avila at MWSU Fieldhouse.

After a tough three-game skid, the Missouri Western exorcised its frustration on Avila with five Griffons scoring in double-digits.

Head coach Sundance Wicks is proud to see his team’s chemistry and ability to share the ball evolve, and it came to a head after Tuesday’s 95-56 victory at MWSU Fieldhouse.

“It’s something we’ve talked about for a long time in our program,” Wicks said. “When we get to a point where we want to be, we want to have multiple double-digit scorers. We don’t want to have two or three guys, we want to have four or five. I think when you get to the point where you see a team that’s averaging four or five guys in double figures, that’s when you know you got a real team, because they’re sharing the basketball — they’re trusting each other, and then it’s not focused on just one or two guys.”

Freshman guard Reese Glover led the Griffons with 18 points and shot 6 of 8 from 3-point range. After not tasting a win since Dec. 5 in Warrensburg, Glover is happy to get back in the win column.

Glover make five of his treys in the first half as Western built a 46-21 lead. Will Eames would added 14 points with four triples, while Tyus Millhollin added 13. Tyrell Carroll added 10 points and 11 assists, with Zach Anderson pouring in 14 points off the bench.

Western drained 17 3-pointers in all, two shy of the program record.

The Missouri Western women’s basketball team left Avila in 2019 in dominant fashion on Tuesday at the MWSU Fieldhouse and is now ready for constant conference play to begin in 2020.

The Griffons handled the Eagles 76-48 thanks to a solid defensive outing that saw the team finish with 24 forced turnovers and 16 steals. This effort led to Avila only scoring one second chance point for the entire game.

Griffon coach Candi Whitaker was happy to see her team win the battle on the boards throughout the game, and for her team to only give up one second chance point, it means a point of emphasis for Western has now paid off.

“That’s really good, first of all, because there we a lot of opportunities, particularly around the rim, that (Avila) got to the rim or had a transition shot that we walled up and didn’t foul,” Whitaker said. “Those are always opportunities for offensive rebound putbacks, so just doing a good job rebounding the ball. I was pleased that we had multiple guards crashing on offensive glass as well. That’s been something we’ve really harped on, because it’s something that doesn’t happen at times.”

With the victory, the Griffons now have a four-game winning streak since Dec. 7.

“During the break, I thought that it was important to get away but continue to spend some time reviewing what we’ve gone over,” Whitaker said. “Obviously, you gotta get in the gym and do some things over the break. Our kids did that and stayed committed. No one came back terribly out of shape or anything like that. Now, when we’re still out of school focusing on basketball. There’s nothing else going on for them, so it’s all basketball, all the preparation for each opponent we have.”

As for the 16 steals the Griffons accumulated, four of them belonged to senior guard Katrina Roenfeldt, who also had 10 points. After being down 7-3 to start the game, the Griffons went on an 18-2 run that ended with back-to-back steals and points in Western’s favor.

Despite feeling off during the week, Roenfeldt feels that the team just needed to find its rhythm after a slow start.

“It took us a little while to get into the feel,” Roenfeldt said. “Once we got into the flow, it went well.”

Senior forward Chris Wilson led the Griffons with 17 points, pulled down a team-high seven rebounds and shot 8-14 from the field. Another top-scorer for the Griffons was senior point guard Anastacia Johnson with 10 points.

Johnson’s vocal tendencies makes it easier for her teammates to find her for open looks.

“I always tell them, ‘Hey, if you get the ball, look down the court, because I’ll be there no matter what,’” Johnson said.

Jones looks to provide spark for Chiefs defense in playoffs