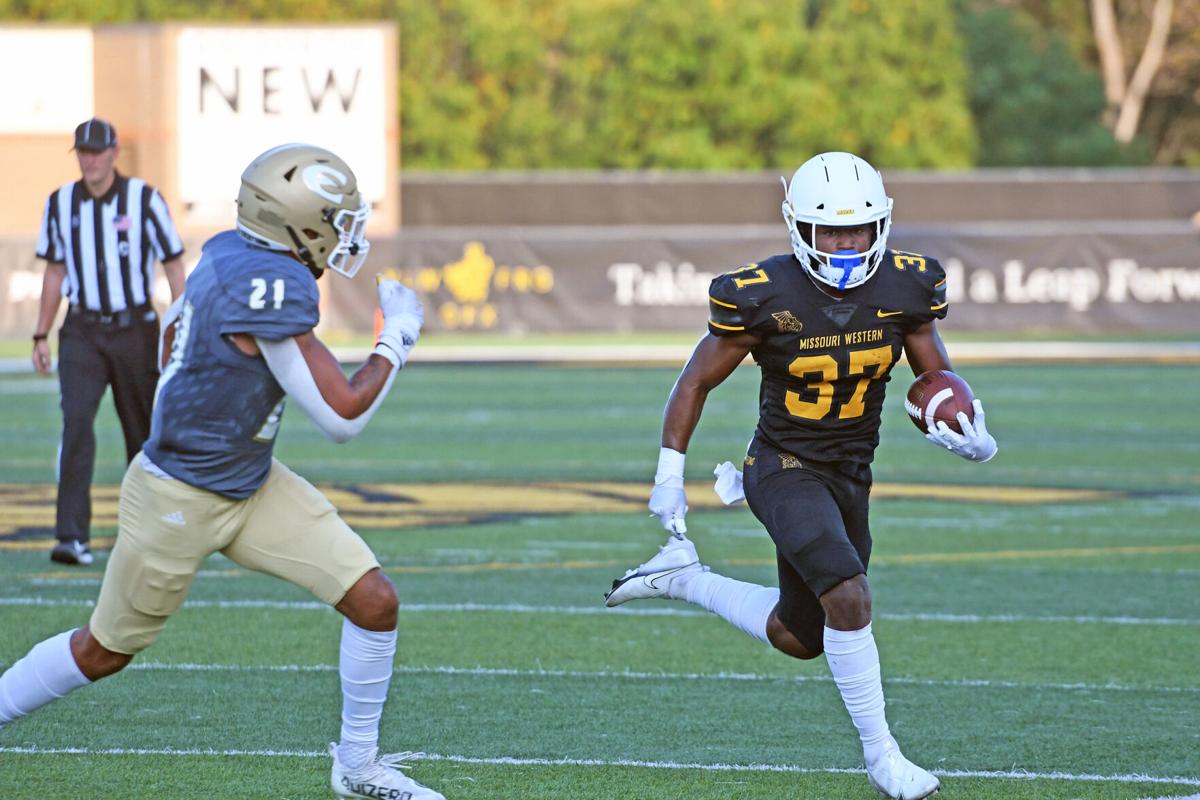 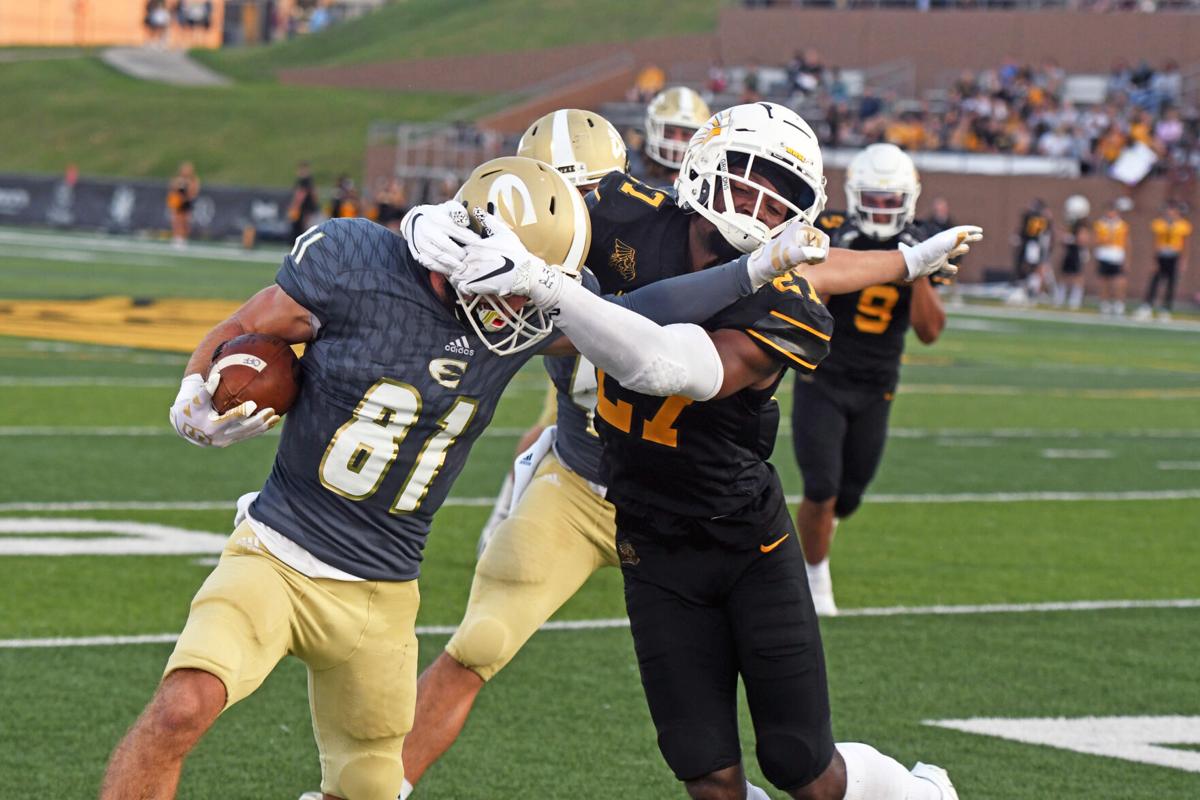 Outside of a 40-plus-yard scamper by Brandon Hall, Missouri Western failed to produce much of a rushing attack in Week 1.

The last two weeks have seen a more steady ground and pound and produced a confidence that even has wide receivers hoping the Griffons run the ball.

That very well might be the plan Saturday when the Griffons (2-1) travel to Topeka, Kansas, to face off with Washburn (2-1). With what James sees on film from Washburn, and the Little Rock, Arkansas, native putting up 127 yards receiving a week ago, he’s confident in how the Ichabods will try to defend the Griffons.

The Griffons have shown the big-play ability through three games, though many of the flashes have came in the second half with the Griffons trying to overcome double-digit deficits in each game. The Griffons already have five instances of players with 100-plus all-purpose yards, led by 202 from freshman running back Brandon Hall last Week. Sophomore Cooper Burton has two instances already this year while freshman running back Shen Butler-Lawson Jr. and James also have one each.

The success of last week allowed for Anthony Vespo’s best game as a starting passer, throwing for over 300 yards as the Griffons flirted with 500 yards of offense in back-to-back weeks.

“I feel like with last week that practice makes perfect, and we just executed,” James said. “We can still do better though because we came out with a slow start. We can’t do that every game.”

The Griffons will be tasked with trying to stop one of the top running backs in the MIAA. Taylon Peters ranks fourth in the MIAA with 251 yards and three touchdowns, which could open up the outside for one of the dangerous weapons in the MIAA in James Letcher Jr.

Western has the benefit of a defense that is back to full health with senior cornerback Sam Webb returning to form after being limited in Week 2, and opposite of him is the MIAA’s leader in pass defenses in junior D.J. Stirgus. Junior safety Kobe Cummings also has interceptions in back-to-back weeks.

With the Griffons in recent holes, senior safety Devan Burrell said the defense’s leaders met this week in hopes of ironing out the problems.

“We’re trying to come out and play faster. If we can do that, we can beat a lot of teams by a lot of points,” Burrell said. “It’s all about the leaders and how we can impact the game in the first couple possessions.”

Kickoff is set for 1 p.m. Saturday at Yager Stadium in Topeka.