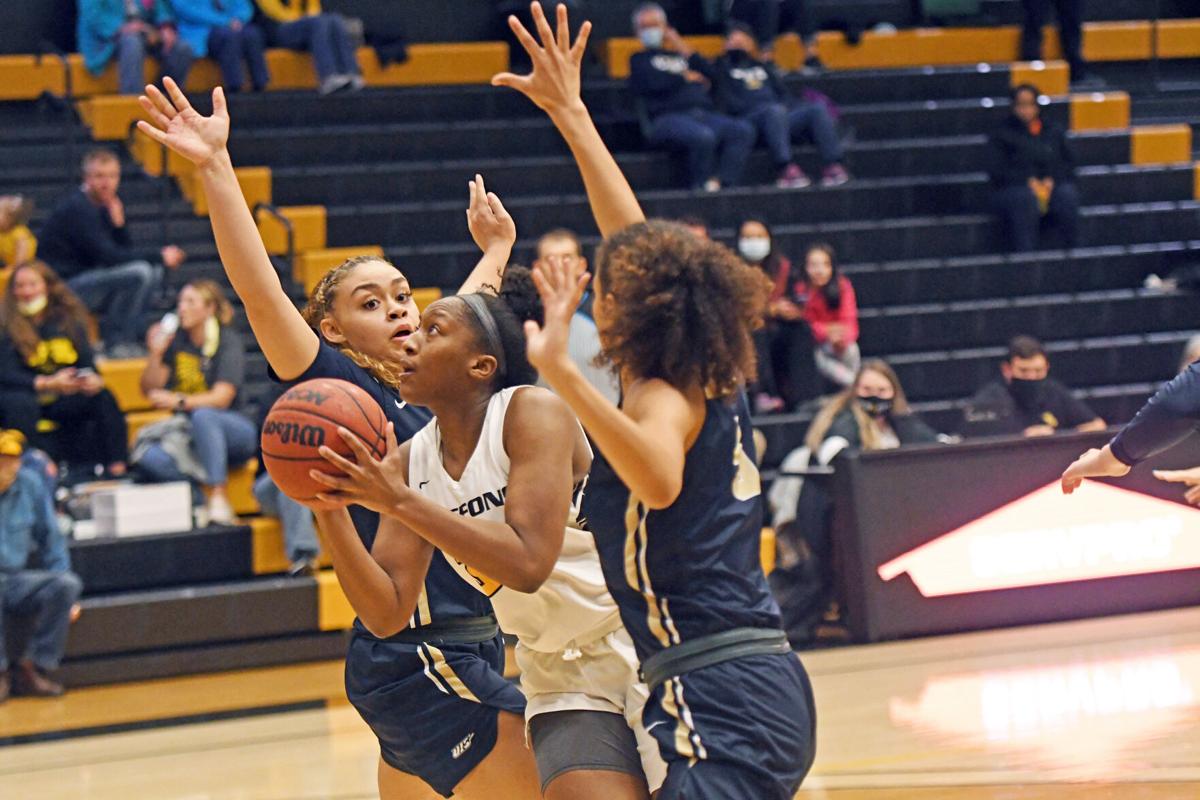 Missouri Western senior forward Corbyn Cunningham battles in the paint against a pair of Illinois-Springfield defenders Monday at MWSU Fieldhouse. 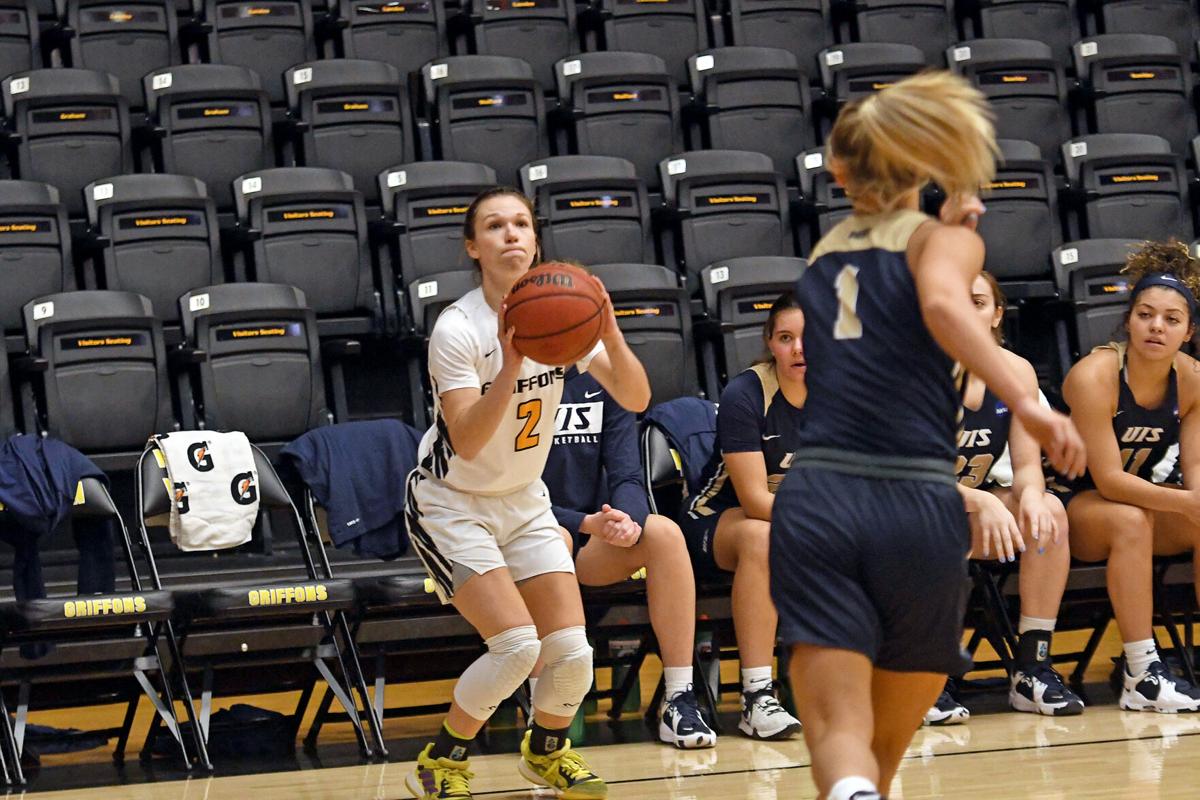 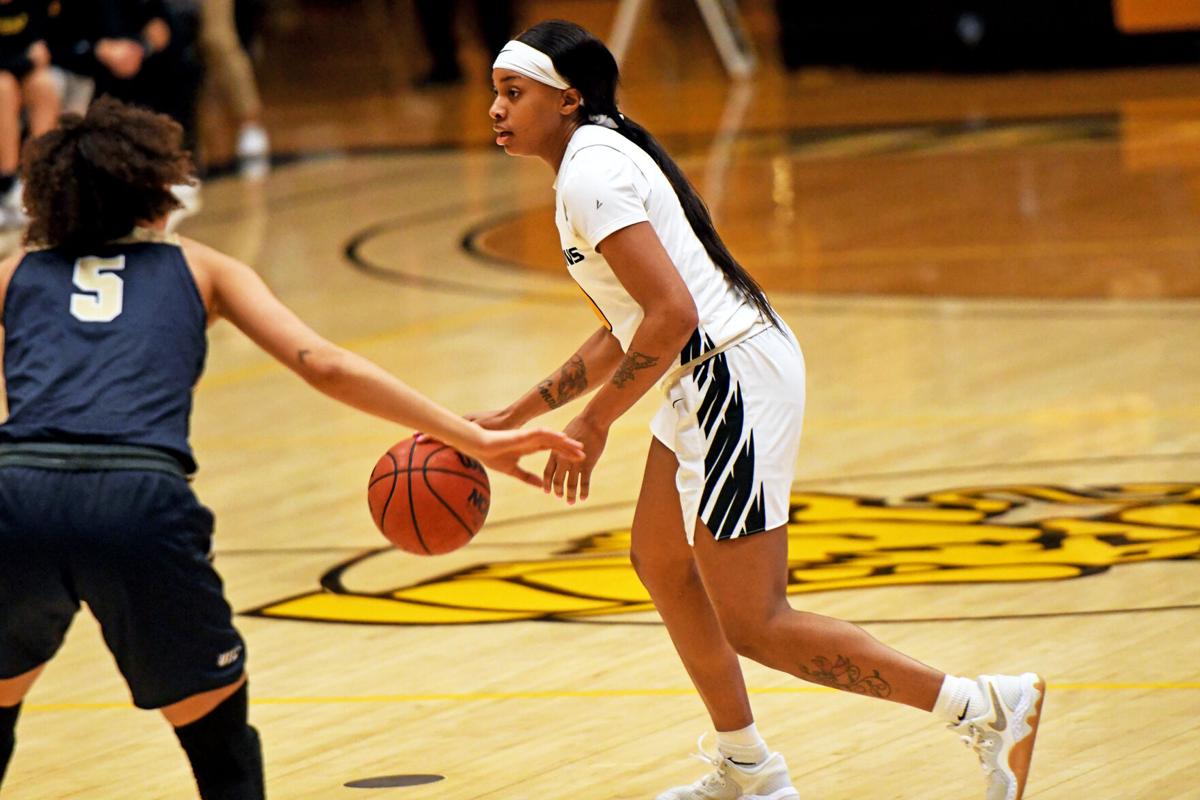 Missouri Western senior forward Corbyn Cunningham battles in the paint against a pair of Illinois-Springfield defenders Monday at MWSU Fieldhouse.

Missouri Western brought a young and inexperienced group into the MIAA without any non-conference tune-ups.

The result was two months of getting battered and bruised as the Griffons went through growing pains on their way to a 6-16 season.

But with COVID hurdles out of the way and the NCAA allowing non-conference scheduling, the Griffons have thrived in growing its team, only showing more of the same in an 82-72 win against previously unbeaten Illinois-Springfield on Monday at MWSU Fieldhouse.

“A great team win,” Western coach Candi Whitaker said. “They’re a good team. They came in 4-0. I thought they were one of the most athletic teams we’ve faced, and I thought we did a lot of great things.”

Five Griffons scored in double digits, led by a 21-point, 10-rebound double-double from senior forward Corbyn Cunningham. Junior guard Connie Clarke finished with a double-double of her own with 12 points and 15 rebounds, including six offensive boards.

“Because we felt like we had so many people that could make plays on the offensive end, we wanted an offense that was fair, equal opportunity,” Whitaker said. “We’re playing in the flow. I think that’s the best way to play. I love the style that we’re playing, but our people fit it because anyone can shoot it, put it on the floor.”

The Griffons (4-0) led for nearly 37 minutes, outrebounded the Prairie Stars 43-27 and won the second-chance advantage 13-0.

But a seven-point halftime lead at 43-36 was just a three-point game with 8:14 left in the third quarter. Western assisted on all eight made shots in the frame, using 13-2 run fueled by back-to-back triples from Haggard to lead 64-52 entering the final quarter.

Freshman Alyssa Bonilla then assisted on a pair of baskets early in the fourth, helping push the lead to 19 at 78-59 with 4:22 left.

“It’s definitely a good feeling considering last year was kinda shaky for us,” Budgetts said. “Knowing the team we have now, we got our starting five, we still have a bench, the tempo keeps flowing.”

Western now prepares for a week off in preparation for MIAA play next week, leaving non-conference play having accomplished everything it wanted.

“You wanna be tested. We wanna win. I think it’s been a good schedule for us to prepare for league play,” Whitaker said. “We just take the approach that we’re gonna work every day to get a little bit better at something.”

No. 3 Northwest meets No. 1 Ferris State in regional rematch

East Buchanan playing for late coach in run to state