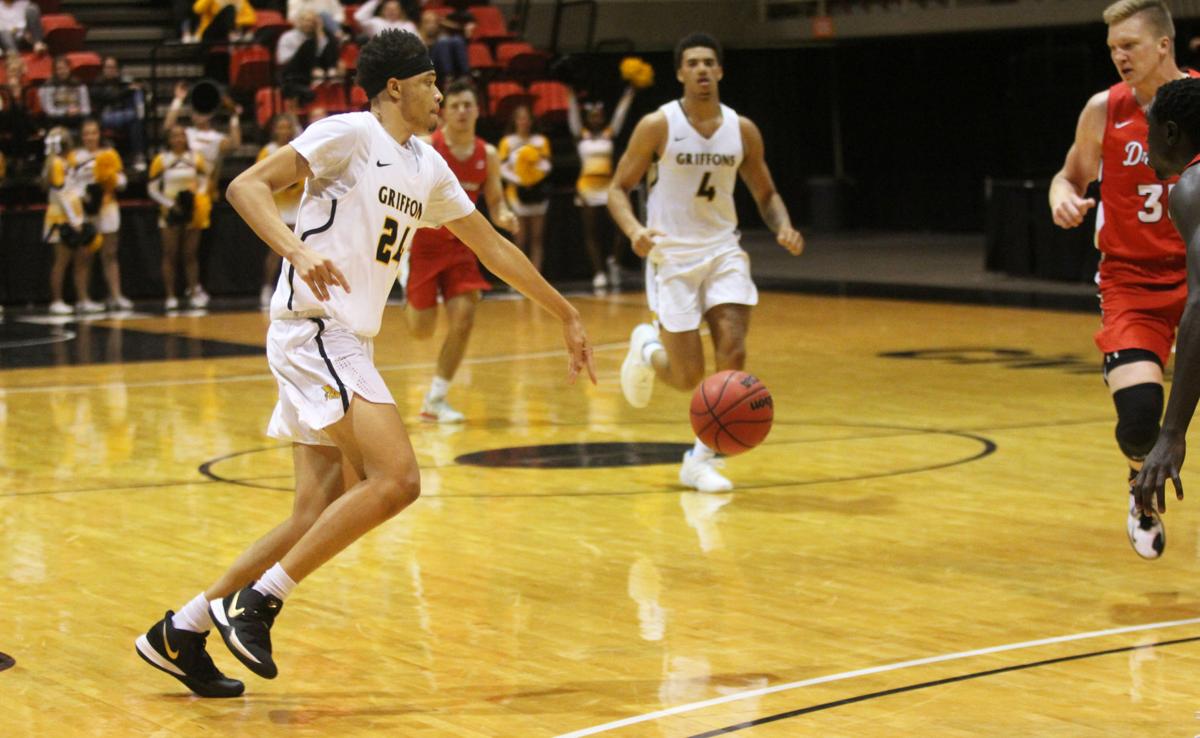 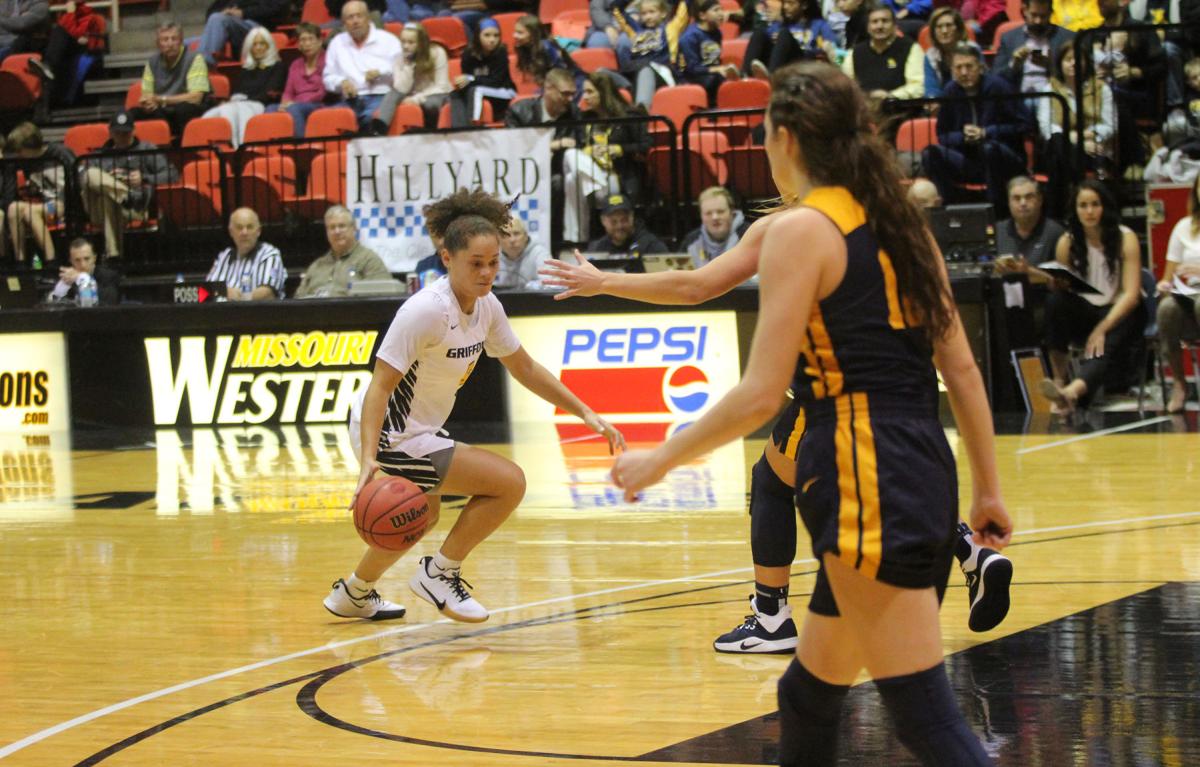 Missouri Western men’s basketball got its first win of the season when its defeated Minnesota State Moorhead 70-55 on Friday in the first day of the Hillyard Tip-off Classic at Civic Arena.

In a first half that included 13 lead changes and no ties, Missouri Western (1-2) went into the break with a 34-33 lead.

“We did a good job on the defensive end on sticking to our scout recognition and limit the threes,” sophomore Tyrell Carroll said. “On the offensive side of the ball, we just needed to be more patient in the first half. We were getting some nice looks, we just have to knock down shots.”

The second half was another story, as the Griffs opened up with a 19-6 run and never looked back. They extended their lead to as much as 18 and never trailed again. While their offense was strong in the second half, the Griffs did a nice job on defense only allowing two Dragons to score in double digits. MSU was held to 40% shooting from the field and 35% from behind the arc.

“In practice this week, we have been emphasizing defense, defense, defense. Stopping their two main players from going for 20 each was our main goal and we knew if we limit the easy looks, we could come out on top regardless of how our offense was,” Carroll said.

Despite trailing a majority of the first half and only shooting 11% from the 3-point line, Northwest took care of business and defeated Minnesota-Crookston 60-52 for their third straight win to start the season.

After trailing 26-25 at the break, the Bearcats put together defensive stops and eventually got their offense rolling and controlled most of the second half.

“If shots aren’t going in then we are just going to get to the rim and keep getting stops on defense,” sophomore Diego Bernard said. “We try to get three stops in a row, and get our offense going, and that’s what we did tonight.”

Northwest had an uncharacteristic shooting night where it shot 2 of 17 from downtown. Trevor Hudgins led the way with 28 points on 9-of-13 shooting from 3-point range.

“We just weren’t playing well, and you just have to be able to win those games,” Northwest head coach Ben McCollum said. “That’s just part of being tough, when stuff isn’t going their way you have to find a way to win. That’s what our kids did and that’s why these kids are champions.”

It was a tale of two halves for the Griffs, who led 41-25 at halftime and then were outscored 41-18 in the second half. The Griffs had a prolific offensive first half, shooting 48% from the field and 44% from the 3-point line.

“I think they just came out of the break being much more physical, aggressive and harder,” Missouri Western head coach Candi Whitaker said. “I felt like we were playing lackadaisical in how we were operating. We were careless with the basketball and forced shots, and it just kind of got worse as the game went on.”

The Wildcats and Bearcats went back and forth in the opener of the UNK Tournament, though the eighth and final lead change was in Wayne State’s favor.