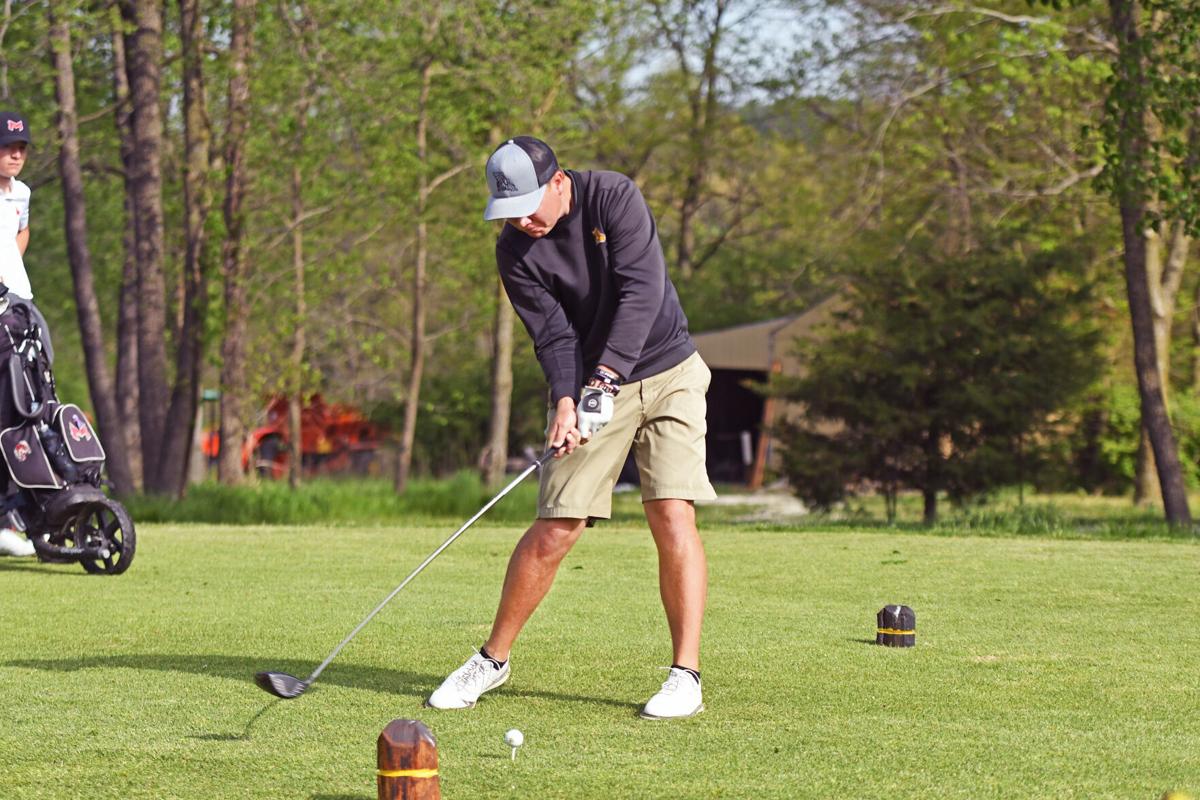 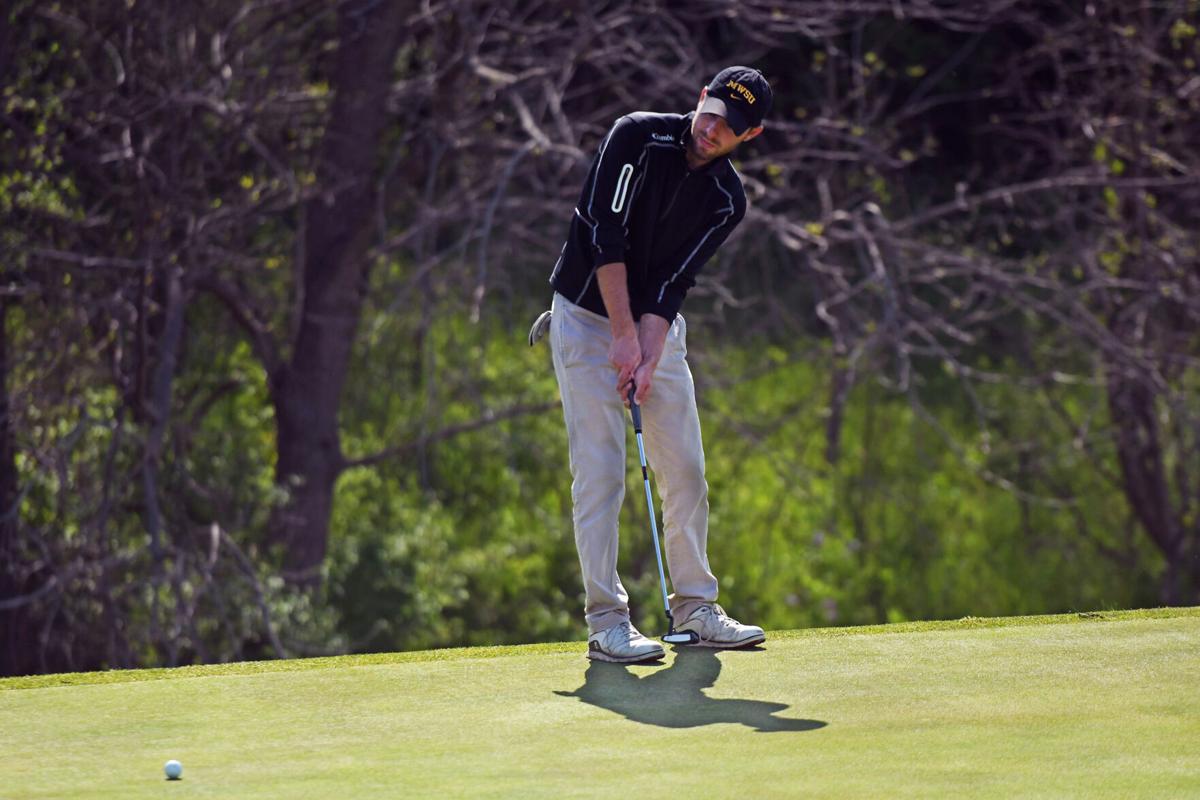 Missouri Western senior Tom Buffington putts the ball during the second round of the NCAA Division II Central/Midwest Regional on Friday at Shoal Creek Golf Club in Kansas City, Missouri. 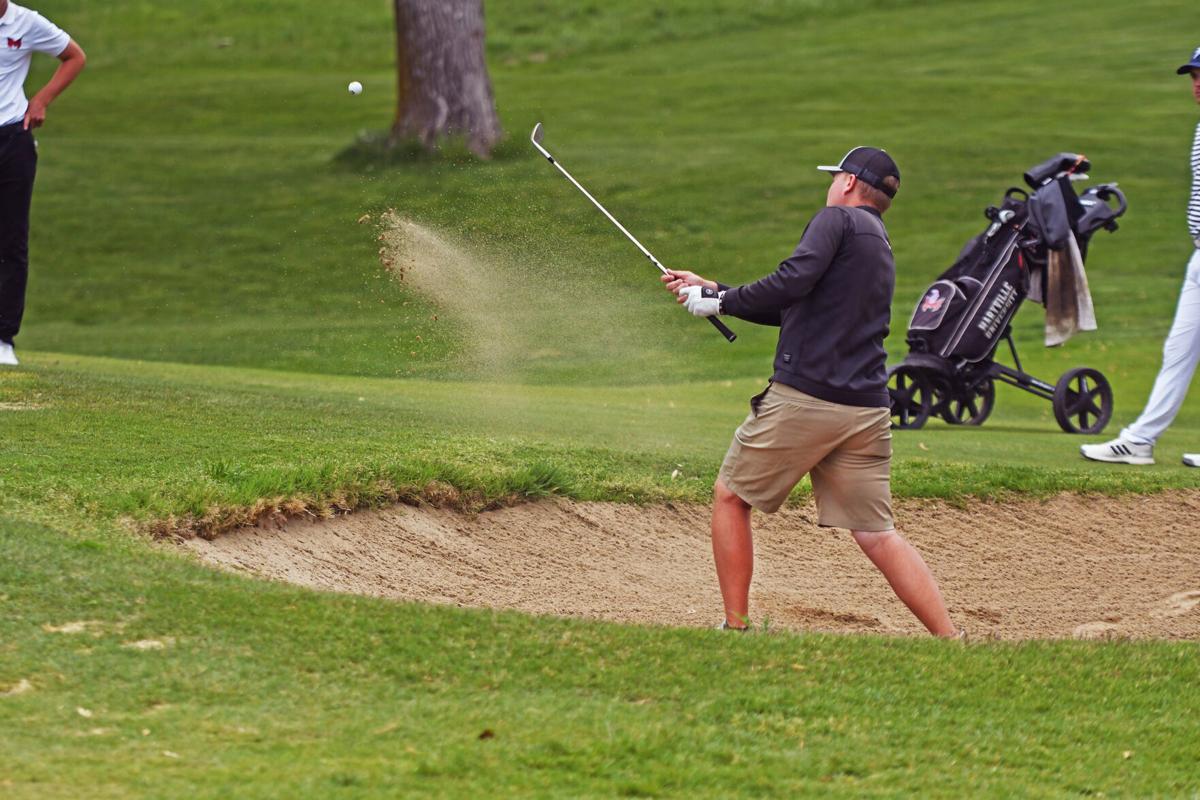 Missouri Western senior Patrick McCarthy hits out of the bunker during the second round of the NCAA Division II Central/Midwest Regional on Friday at Shoal Creek Golf Club in Kansas City, Missouri. 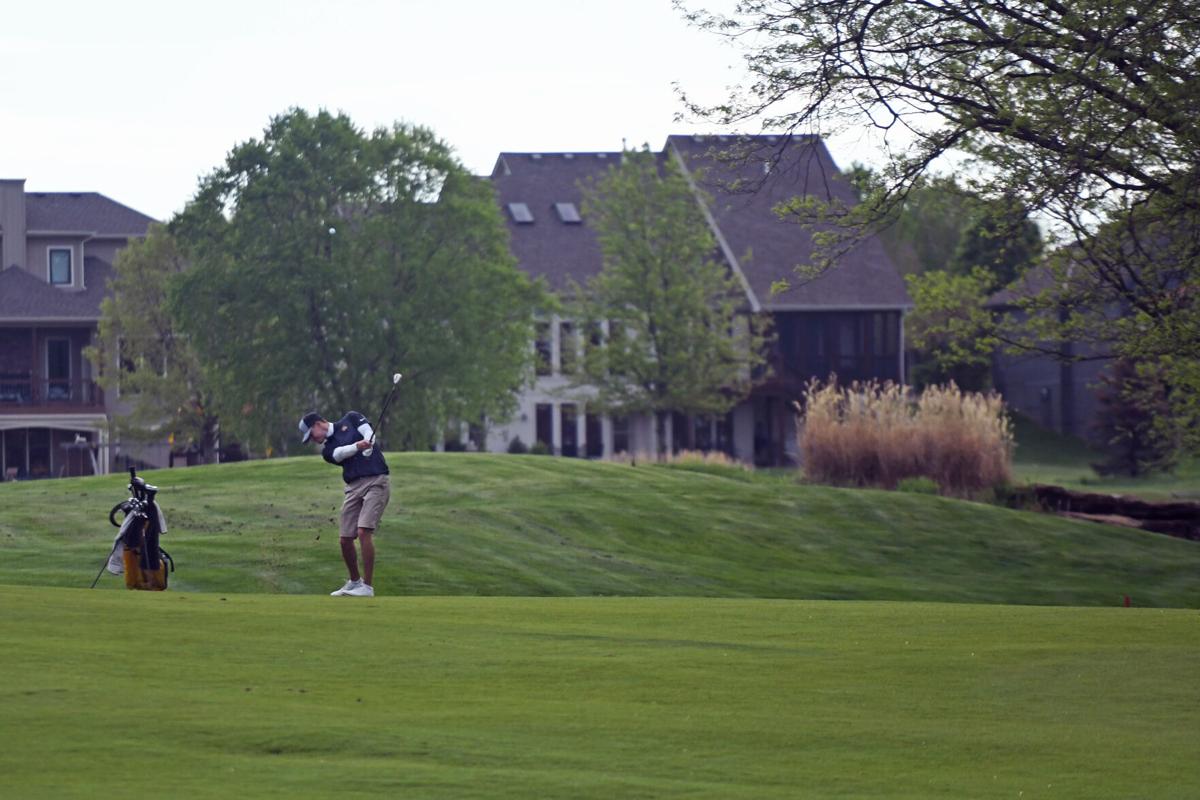 Missouri Western senior Tom Buffington putts the ball during the second round of the NCAA Division II Central/Midwest Regional on Friday at Shoal Creek Golf Club in Kansas City, Missouri.

Missouri Western senior Patrick McCarthy hits out of the bunker during the second round of the NCAA Division II Central/Midwest Regional on Friday at Shoal Creek Golf Club in Kansas City, Missouri.

KANSAS CITY, Mo. — The Missouri Western men’s golf team shot the fourth-best round of the day Friday at the NCAA Division II Central/Midwest Regional, keeping the Griffons in contention going into the weekend.

Western fired a 2-over 286 in Friday’s second round to move up to spots to 11th in the team standings. That score would’ve put the Griffons in a top-four position after Thursday’s first round, though Western struggled and shot a 305 on Day 1.

“We got all the nerves out (Thursday) and kind of shot ourselves in the foot,” senior Tom Buffington said. “We were loose today, a lot more freed up and just played normal golf. When we get out of our own way, we all shoot under par and even par. If we can keep that mentality tomorrow and play pretty good, we can really go deep as a team.”

Moving up was the tune of the day, though, as 13 of 16 teams shot better scores in ideal conditions Friday.

After firing a team score of 279 Thursday, Central Missouri built its lead to 18 strokes with a 275 in the second round, bringing a 14-under par 554 into Saturday’s final round. The Mules leads Indianapolis (572) by 18 strokes. Henderson State (573) and Arkansas Tech (577) make for the top-four teams all shooting better 10-over par so far.

The top four will advance to the national tournament, leaving Western with a 14-stroke gap to make up entering the final round.

All five Griffons improved their scorecards Friday. Senior Patrick McCarthy fired an even-par 71, and he sits at 1-over for the tournament. He is three strokes back of Grand Valley State’s Nick Krueger for the tournament’s individual national qualifier as the top player not on an advancing team. Krueger sits in fourth behind Central Missouri’s Thomas Henson, Ian Barnes and Matt Hoemann.

McCarthy coupled four birdies with two bogeys and a double bogey on the first nine holes Friday after teeing off on No. 10. He then opened his back nine with six pars before finishing his round with two birdies around a double bogey.

“(We played) a lot better today. I kinda wish we could’ve done this the first day, but that’s the way it goes,” McCarthy said. “We moved up a little bit, and hopefully tomorrow we’ll have an even better day than today. Hopefully we’ll be close.”

Just one stroke back is Horseman, who birdied three of his final eight holes to fire a 2-under 69, just one of nine sub-70 rounds Friday. Horseman is 2-over for the tournament and in a tie for 23rd, moving up 13 spots.

“The goal was starting off and paring as many holes as I can. I started off making a lot of pars, some birdies. I felt a lot better,” Horseman said. “I knew even warming up I was swinging it better, hitting it better. I’ve just gotta trust my swing and let it happen.”

Buffington moved up 14 spots with an even round, staying at 8-over after first-round struggles.

He got back to even with two birdies and one bogey on the back nine, showcasing a better putting game after he said he focused on it for an hour following Thursday’s round.

“My only goal today was to play fearless. I was tired of being scared of where the ball was gonna go. I tried to play more aggressive, attack some pins,” Buffington said. “I had quite the swing of emotions; I was either fist-pumping or throwing clubs. If I can keep the fist pumps and limit the club throws tomorrow, it might be a little better.”

Sophomore Cristoferr Rudosky shot a 4-over to bring his total to 12-over. Junior Jett Simmons is 21-over after an 8-over round.

With more ground to make up in possibly the final round for their three seniors, McCarthy said it’s a perfect opportunity to leave everything on the course at Shoal Creek Golf Club.

“The goal is to still try and make it into nationals. We just need to go out and have a day like we did today, if not better,” McCarthy said. “We’ll do the best we can, and whatever happens, happens.

“I think we can just go into it with a nothing-to-lose mentality.”

The final round begins at 7:30 a.m. Saturday with the Griffons teeing off beginning at 9:10 a.m. Western will be paired with Hillsdale College and Grand Valley State.