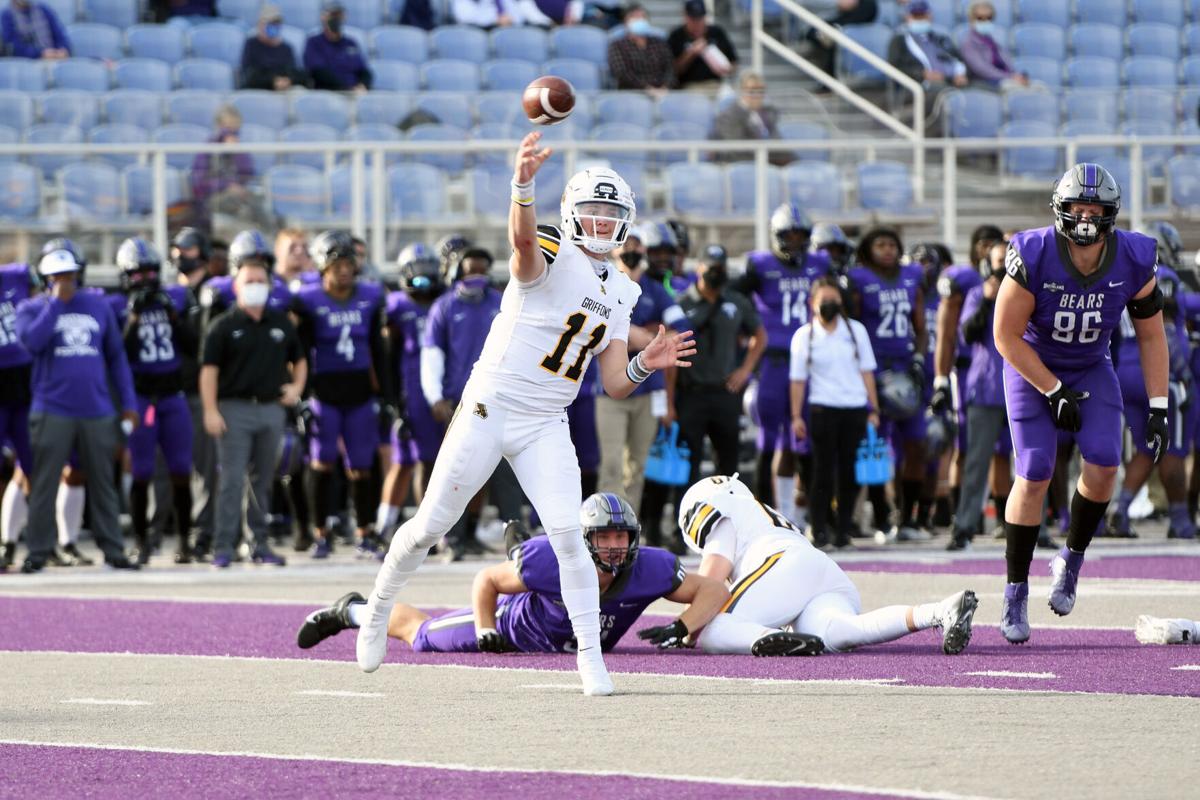 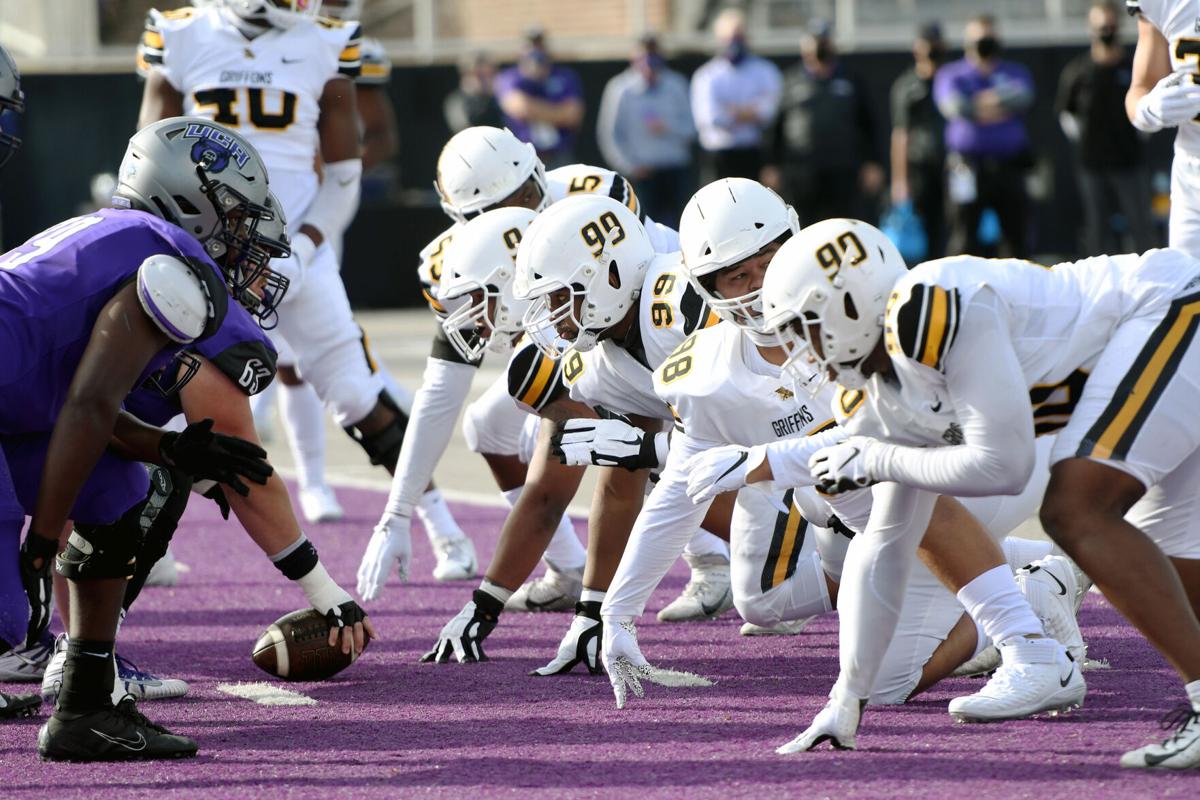 The Missouri Western defensive line awaits the snap from the Central Arkansas offense Saturday at Estes Stadium in Conway, Arkansas. 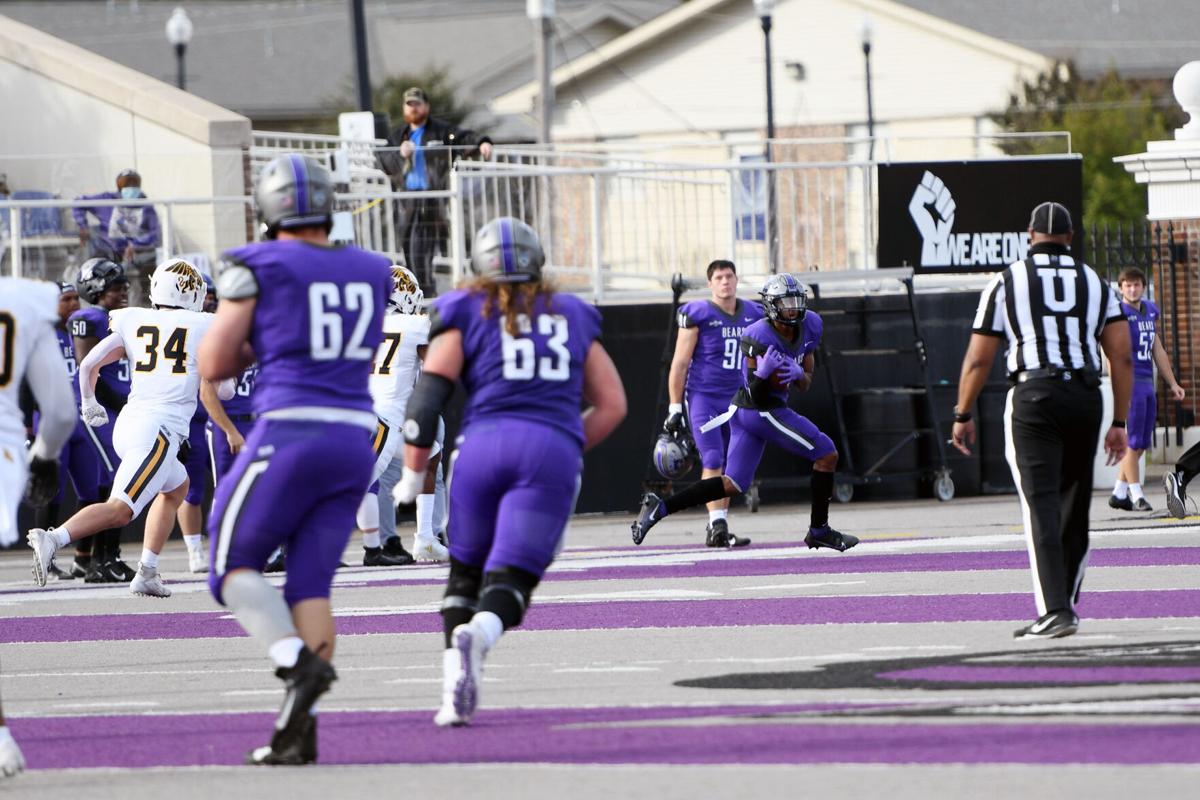 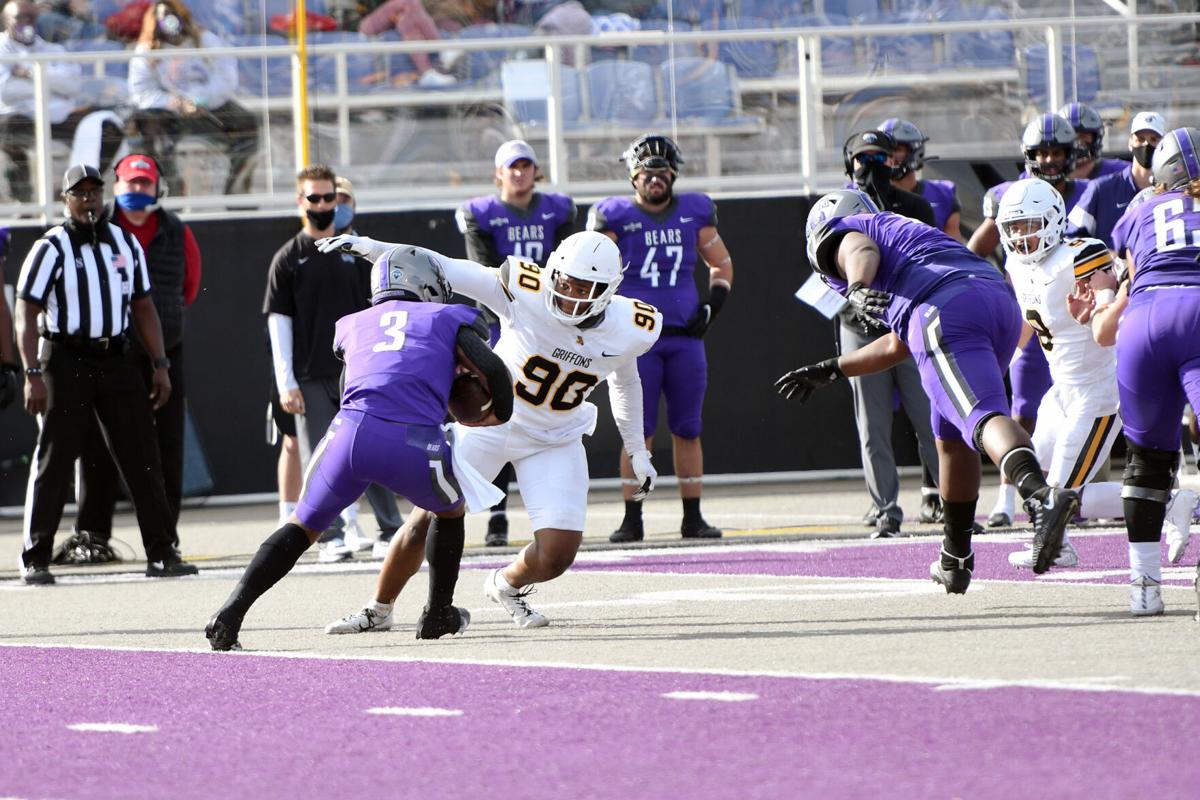 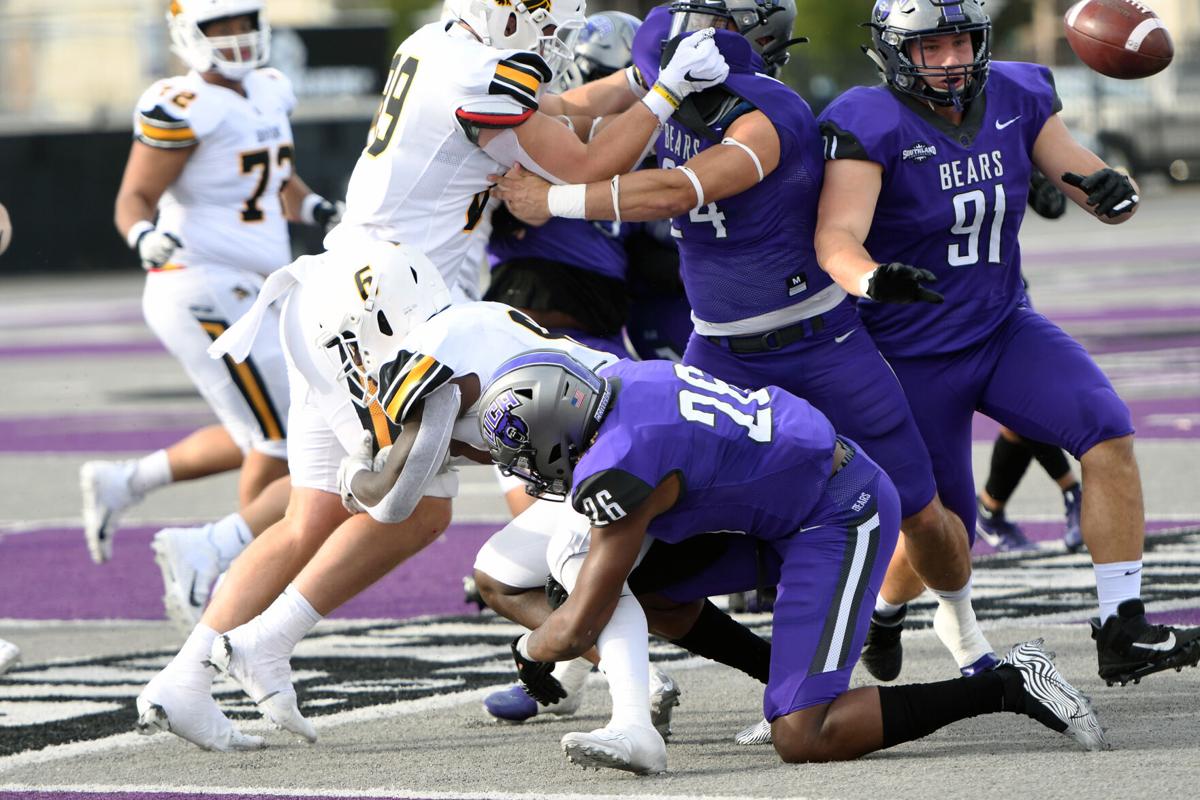 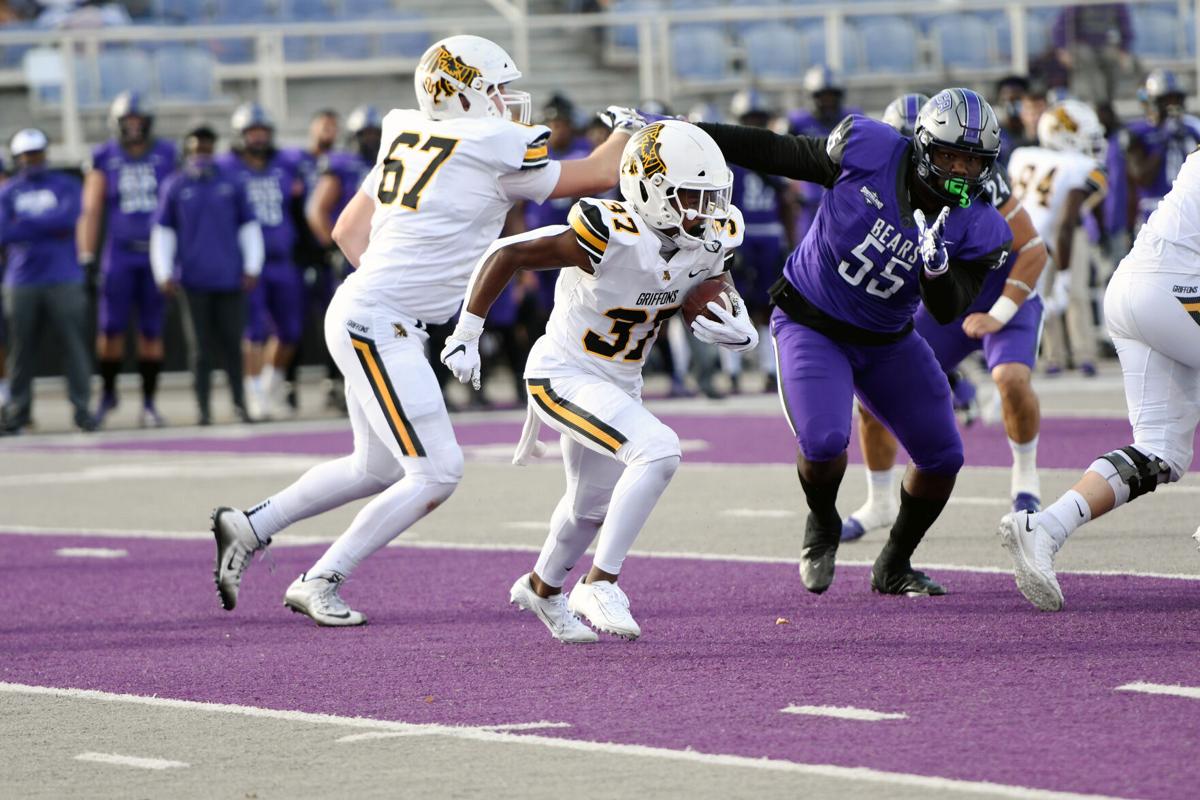 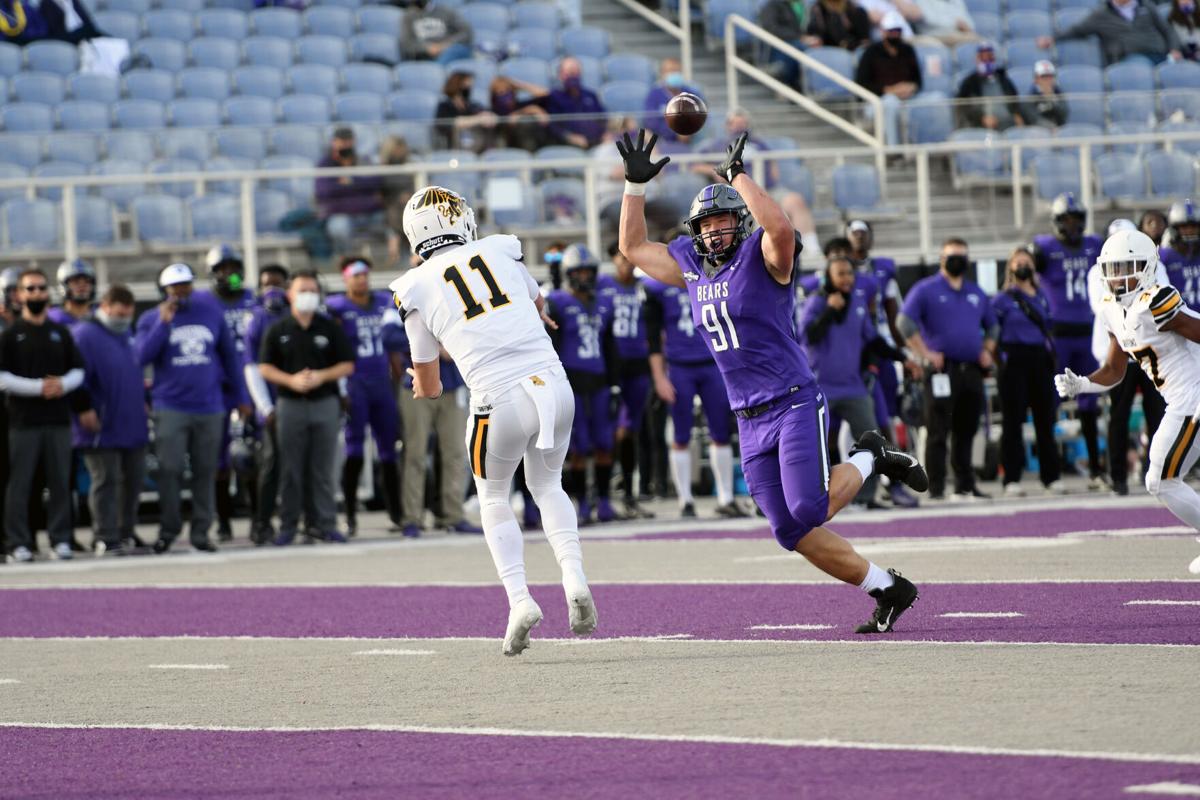 The Missouri Western defensive line awaits the snap from the Central Arkansas offense Saturday at Estes Stadium in Conway, Arkansas.

CONWAY, Ark. — Missouri Western made its return to the field for the first time in 329 days Saturday against FCS No. 11 Central Arkansas, falling 52-10 at Estes Stadium.

Western was without three members of its defensive coaching staff, including defensive coordinator Justin Richter, due to being quarantined as part of COVID-19 protocols. The Griffons also missed numerous starters on both sides of the line and in the backfield — including All-MIAA defensive lineman Arnold Crayton and running back Shamar Griffith — due to injuries and COVID-19 protocols.

The Griffons gave up two touchdown passes of more than 50 yards and were the victim of a fumble returned for a touchdown, all in the first half, after taking an early 7-0 lead.

Following a 66-yard return on the opening kickoff by All-American Trey Vaval, the Griffons rushed the ball six times, ending with a 1-yard plunge by Jared Scott for a 7-0 lead.

Western forced a 3-and-out before UCA scored on a 71-yard catch-and-run by Tyler Hudson on its second drive. Hudson leaped above Western defensive back D.J. Sturgis and jogged nearly 30 yards untouched to complete the highlight reel score. Hudson added a 56-yard touchdown on UCA’s next drive for a 14-7 lead.

Smith threw his third touchdown to Lujuan Winnignham from 32 yards out before a fumble by Scott was returned for a touchdown and 28-7 UCA lead.

Smith and Winnigham connected again following a field goal, giving the Bears a 38-7 advantage at halftime.

The Bears gave Smith the rest of the game off following a 4-yard touchdown pass to Austin Eldridge, putting UCA (4-4) up 45-7.

The Griffons answered with a nine-play, 65-yard drive that ended in a Roland Tyson field goal.

Western recovered a fumble in the fourth before an interception from Cooper Burton, who led Western with four catches for 54 yards. UCA used the drive for the final score, a 67-yard run.

Western will host Pittsburg State (0-1) at 3 p.m. next Saturday at Spratt Stadium.

Western comes back from down 17 to shock Lincoln in OT

No. 1 Bearcats blow out Emporia to advance to MIAA semifinals