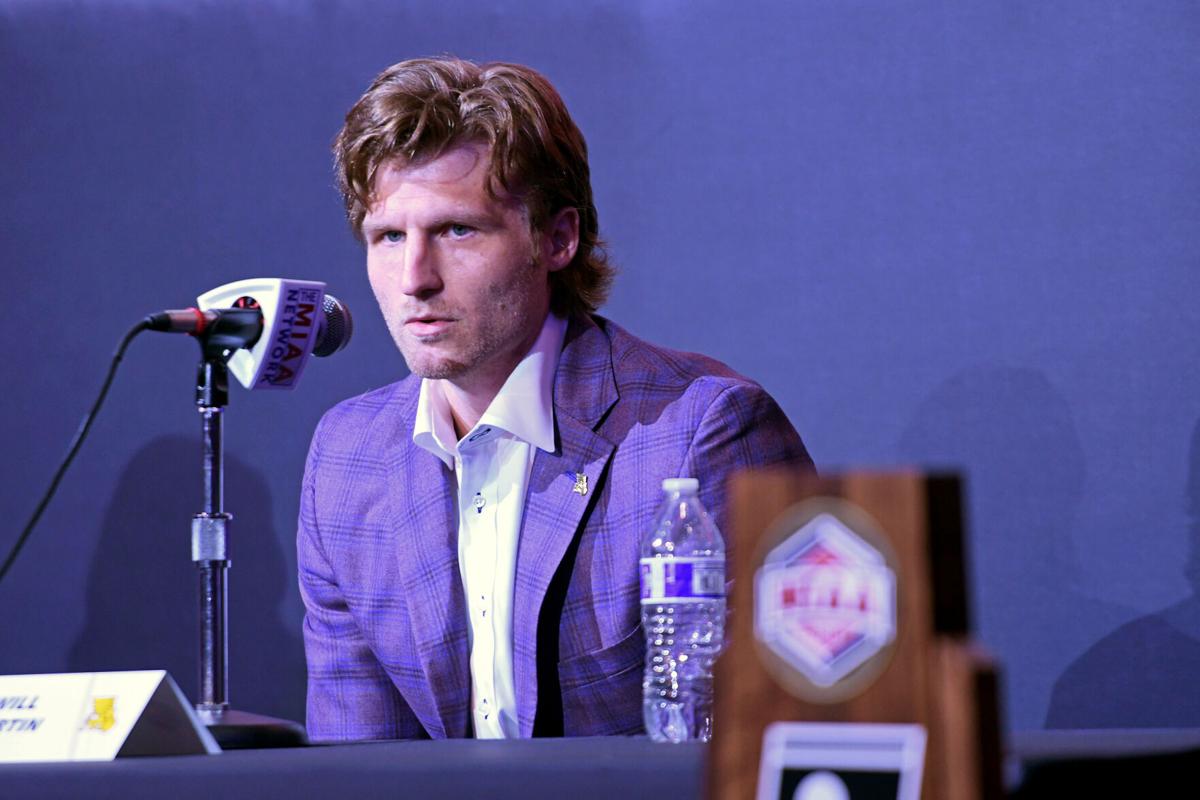 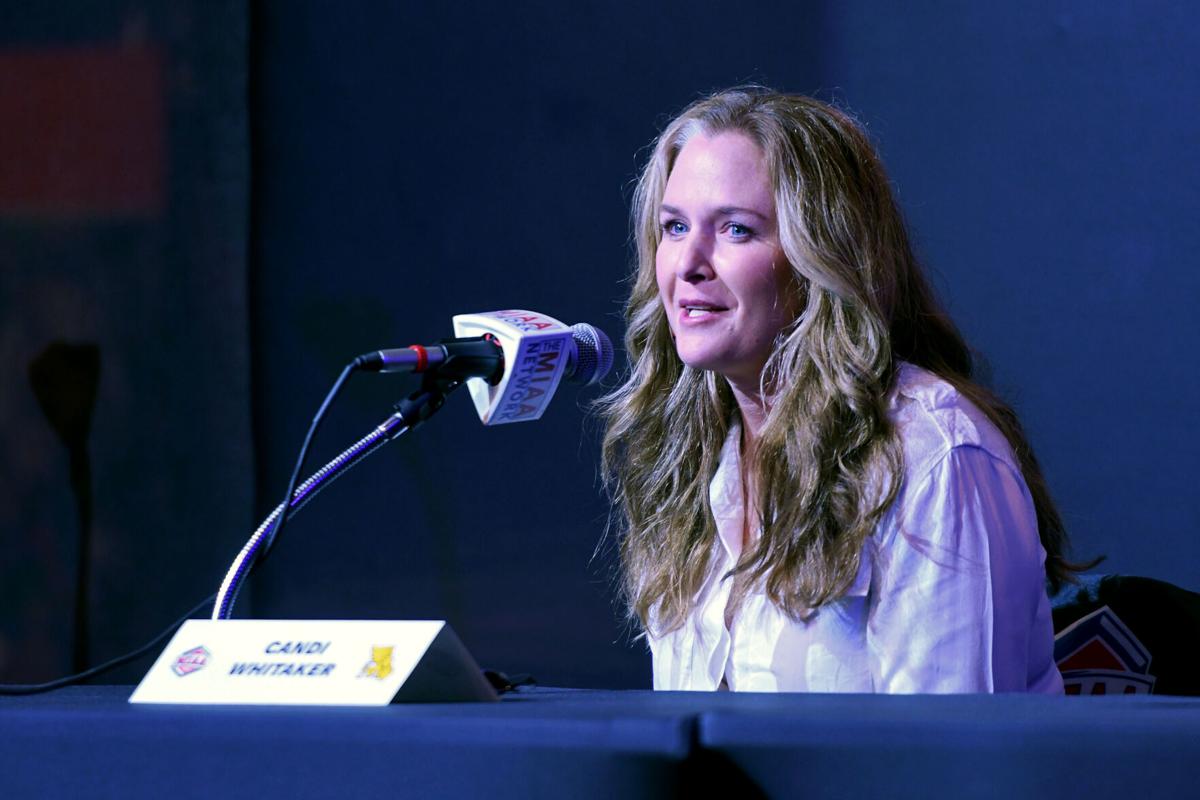 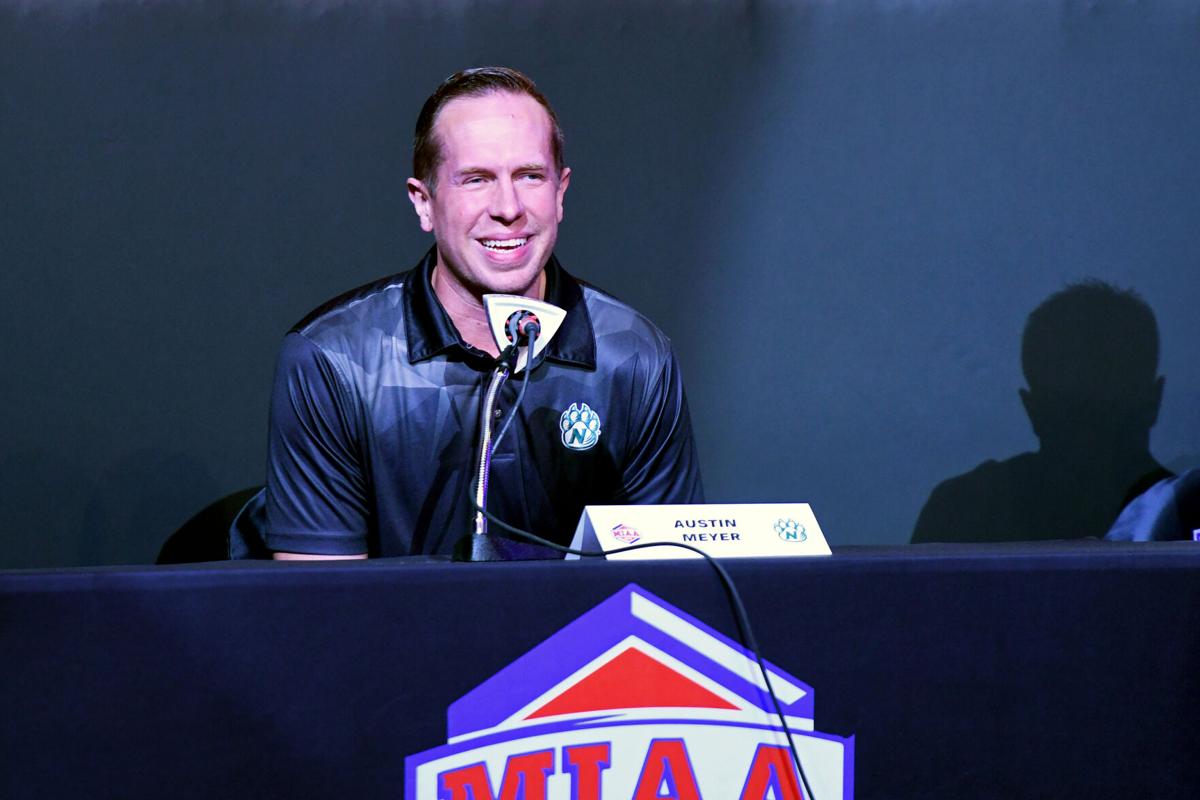 KANSAS CITY, Mo. — Even seven months removed from the end of the most successful season by the Missouri Western men’s basketball team in a decade, senior Caleb Bennett still feels the hurt.

Western came into MIAA Basketball Media Day on Tuesday at the College Basketball Experience as one of three teams from the league to advance to the Central Regional in the spring. But a 29-point loss in the MIAA semis and a 28-point defeat in the region’s opening game, both to Washburn, still sit with a Griffon team entering a new year with high expectations.

“To go out the way we did, it left a sour taste in our mouth for sure,” Bennett said. “I think as long as it’s all used the right way, motivation, determination to get it done this year, it will pay off for us.”

Western started last year 8-1 before COVID issues began to affect the team, leading to a seven-game losing streak before ultimately righting the ship.

Alongside Bennett, senior Q Mays serving as the new starting point guard, and returning senior Tony Chukwuemeke, second-year coach Will Martin said the leadership has the tools to carry the team far.

“Those guys have done a great job of establishing a new standard this year and making sure everyone else falls in line,” Martin said. “Where we go is gonna depend on them. I gave them the keys.”

For the first time in Candi Whitaker’s three years, MIAA experience will be on the side of the Griffons. After inheriting a team without any underclassmen, the Griffons played four freshmen who averaged double-digit minutes last season.

Western now welcomes back All-MIAA forward Corbyn Cunningham, who missed last year after an injury, alongside transfer sharpshooter Jaelyn Haggard around a group of underclassmen that grew last year.

“Not having Corbyn, someone who’s been there and done that and experienced it, there was really no one for our kids to look to and lean on,” Whitaker said. “Thank God Corbyn is back and healthy, and we’re so excited to have her back.”

Cunningham was a near-automatic double-double, even flirting with triple-doubles, as a junior in 2019-20. Without her, freshmen guard Camille Evans and wing Jordan Cunningham led the team in minutes. No Griffons averaged double-digit points, though the team made obvious strides in the final month of the season. Western upset Pittsburg State and lost by single digits to three of the top-four teams in the MIAA.

“I think the strides we have made have stuck,” Corbyn Cunningham said. “We’ll continue to build off that.”

Ben McCollum enters a new year with little worries about his defending champion Northwest men’s basketball team, and rightfully so.

The Bearcats must replace All-American Ryan Hawkins, who transferred to Creighton after winning a third national title. But with arguably the best backcourt duo in Trevor Hudgins and Diego Bernard and a host of wings and forwards who grew last year, including regional MVP Byron Alexander, McCollum expects his depth to be ready when called upon.

But it starts and goes as the backcourt duo goes, and Hudgins says they continue to see improvement as the days go on, even after three-plus years together.

“Our competitive nature, we just love competing,” Hudgins said. “The saying ‘iron sharpens iron’, we go against each other for four years, you’re gonna get better I feel like. We have gotten better.”

back to full health

By the end of the third week of last season, the Bearcat women had lost three starters to torn ACLs.

With the reigning MIAA Freshman of the Year in Molly Hartnett welcoming in that core, which includes 13 freshman, Northwest takes away multiple lessons from last season.

“I think the motivation is just looking back at last year and having little successes here and there with what we had,” said Emma Atwood, who was among the players injured, coming in her fourth game.

The Northwest women return Hartnett and All-MIAA performer Mallory McConkey from a 7-15 team. Northwest must replace Haggard, who transferred to Western, but there’s no shortage of players who earned in-game experience.