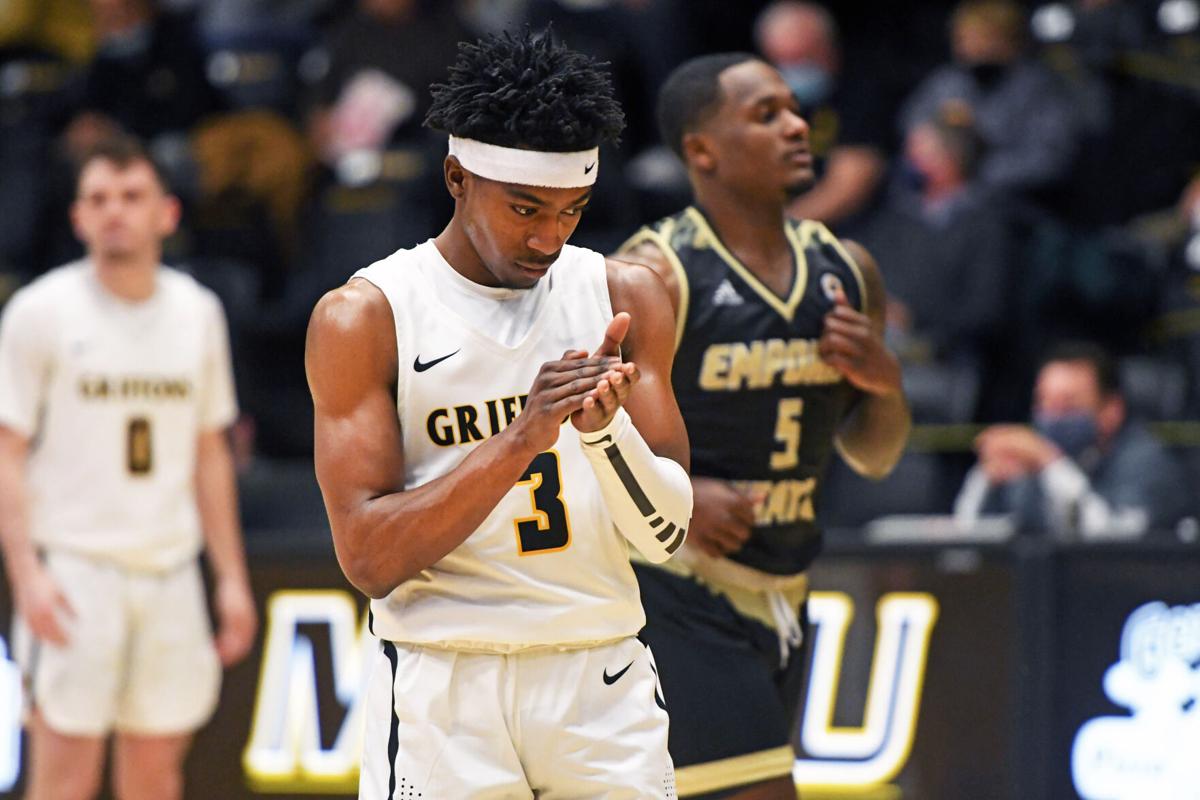 Missouri Western junior Tyrell Carroll claps as he walks onto the court after a timeout against Emporia State on Thursday at MWSU Fieldhouse. 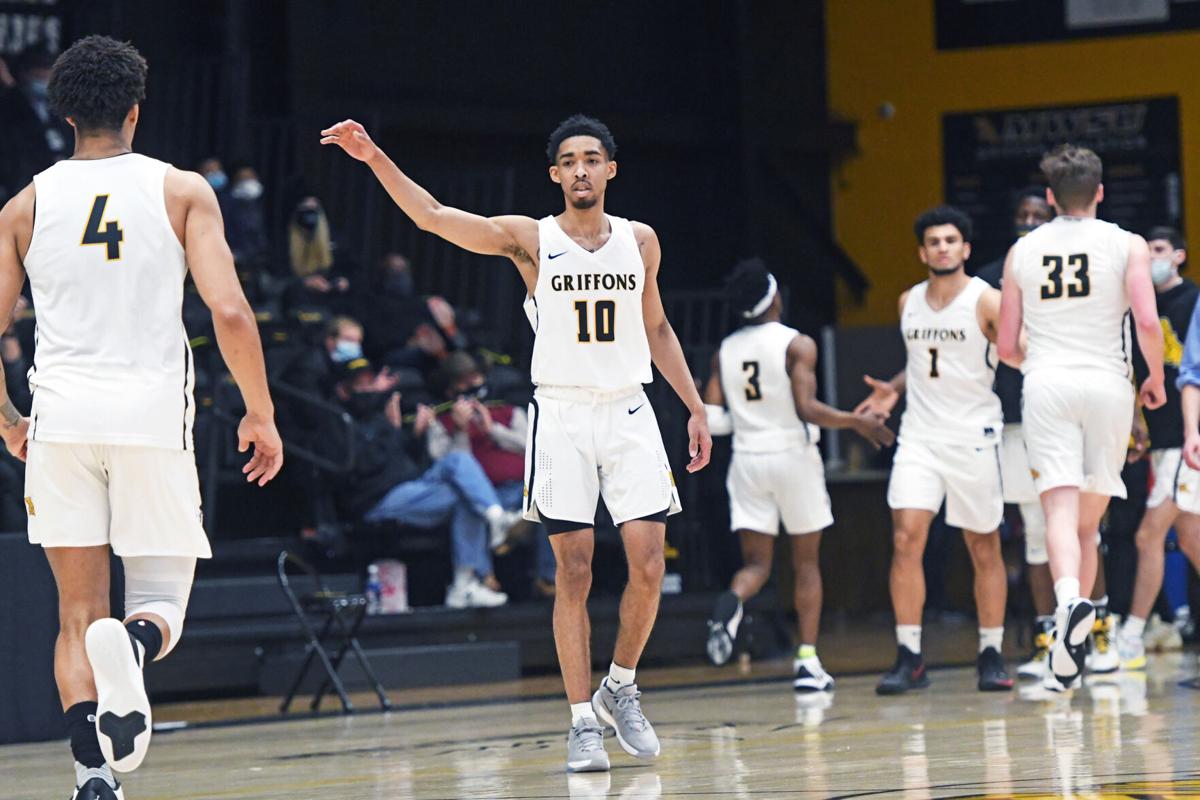 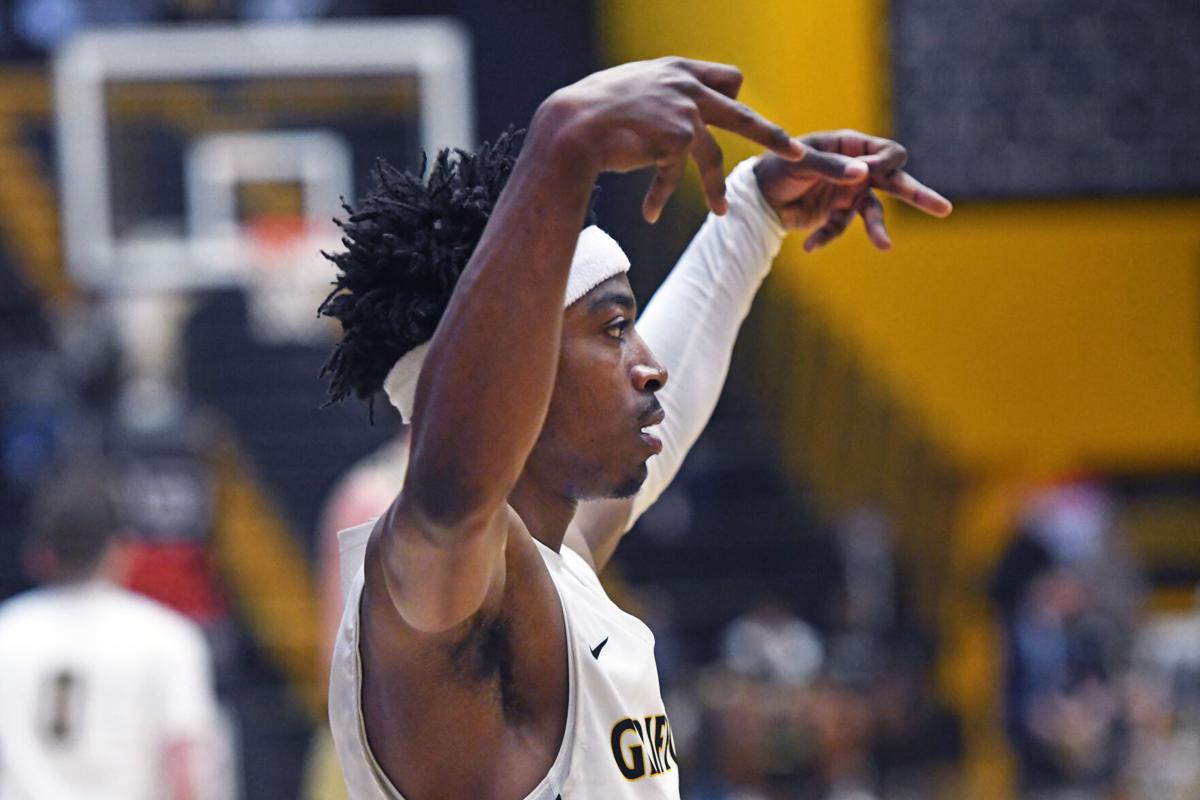 Missouri Western junior Tyrell Carroll celebrates after a made 3-pointer from junior Reese Glover against Emporia State on Thursday at MWSU Fieldhouse. 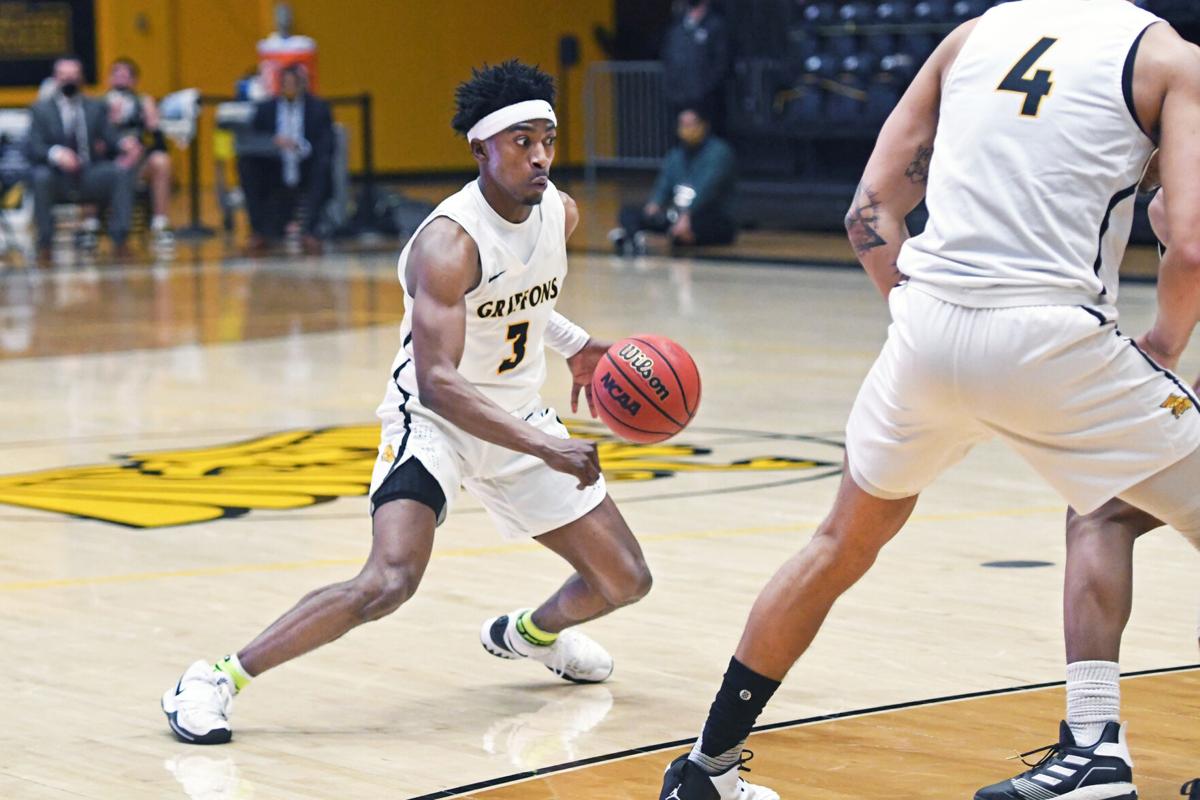 Missouri Western junior Tyrell Carroll claps as he walks onto the court after a timeout against Emporia State on Thursday at MWSU Fieldhouse.

Missouri Western junior Tyrell Carroll celebrates after a made 3-pointer from junior Reese Glover against Emporia State on Thursday at MWSU Fieldhouse.

The last time two ranked teams faced off inside the MWSU Fieldhouse, the current members of the Missouri Western men’s basketball team were still toddlers. Head coach Will Martin was still a few years away from being in high school.

That’s when No. 12 Western lost to No. 6 Northwest in the MIAA Tournament Championship, which was the last finals matchup played on-campus.

The Griffons and Ichabods split four meetings as ranked foes between 1992 and ‘95, the last being the semifinals of the ‘95 MIAA Tournament in St. Joseph.

With the Ichabods improving to 8-0 with an overtime win Thursday at No. 1 Northwest, Saturday’s matchup has a chance to be crucial in a race to the MIAA regular season title and potential NCAA Tournament resumes.

“It’s hard to accept it sometimes because you want to be so excited about changing culture and winning basketball games, but there’s no pressure,” junior Caleb Bennett said. “We all love basketball. We all come to compete every single day, whether it’s practice, a game, weights, whatever it may be.

“We all love what we do. We all love each other. When you have that kind of connectivity, it makes every day easy.”

Missouri Western entered the NABC Top 25 for the first time since ‘02 back in mid-December, dropping their next game at Pittsburg State before rebounding at Missouri Southern. The Griffons added a win against Fort Hays State prior to defeating Emporia State, which came in fourth in the MIAA, on Thursday.

The win made for a 16-1 stretch in the past 17 home games, with the lone loss coming against No. 1 Northwest last year. The Griffons were 12-1 at home last year, the first winning home record since 2015-16. Western won just 10 home games in the three years prior.

“I know how tough the MIAA is, and I know how tough every game will be,” junior Tyrell Carroll said. “I’m just coming to practice every day making sure my guys are ready to go and letting them know no game is a cakewalk. Any game, any team can come in and is gonna give you their best shot, especially now that we’re winning. We’re gonna get everybody’s best shot.”

The matchup will put the two highest-scoring offenses against one another. Missouri Western leads the MIAA at 85.8 points per game, while the Ichabods score 83 per night.

The Ichabods are led by Tyler Geiman’s 18.4 points per game, which ranks sixth in the MIAA. He leads the league with 6.4 assists per game and adds six rebounds, all while shooting 53% from the field. Jalen Lewis also leads the MIAA by shooting 52.6% from 3-point range.

Jonny Clausing, Drew Maschoff and Lewis also average 11 points per night for a team that has quickly become rivals with the Griffons.

Washburn won the first meeting last year as the Griffons struggled with foul trouble, though Western won the regular season finale 94-80 and defeated the Ichabods by two in the MIAA Tournament quarterfinals.

Western comes in with Carroll fourth in the MIAA with 19.1 points per game, though six players are scoring in double figures. Will Eames is averaging a 14-point double-double while Bennett, Jaron Thames, Q Mays and Reese Glover average between 10 and 12 points. Bennett has scored 17-plus in three of his past five games.

Glover found a rhythm against Washburn last year, sinking seven 3-pointers combined in the final two meetings. The Griffons made 16 in last year’s regular season meeting at the Fieldhouse.

The game will pit the top-two teams in the MIAA standings against one another. At the end of the day, it just might prove that both do indeed belong among the country’s elite.

“It’s a big opportunity for us. I definitely feel like we can go in and win this game,” Carroll said. “We feel like we’re a top-five team in the country, also.”