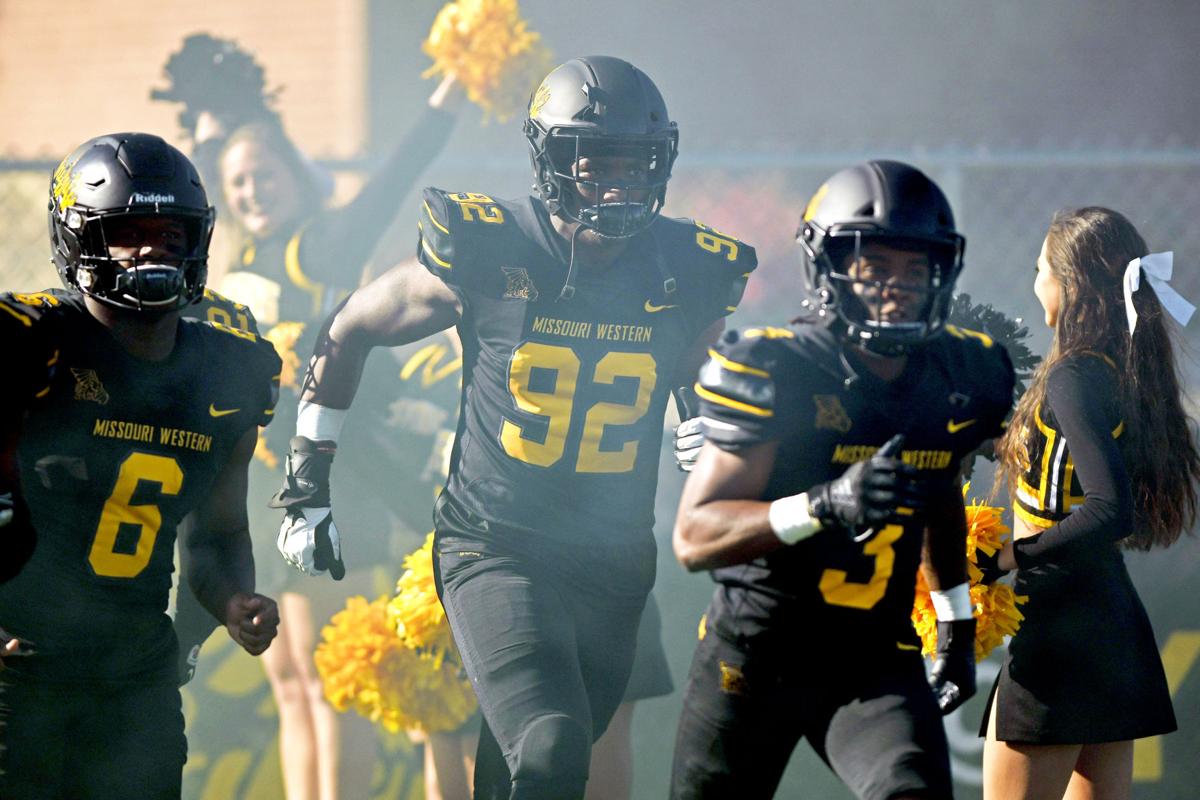 The Missouri Western football team enters the field through smoke prior to a game. 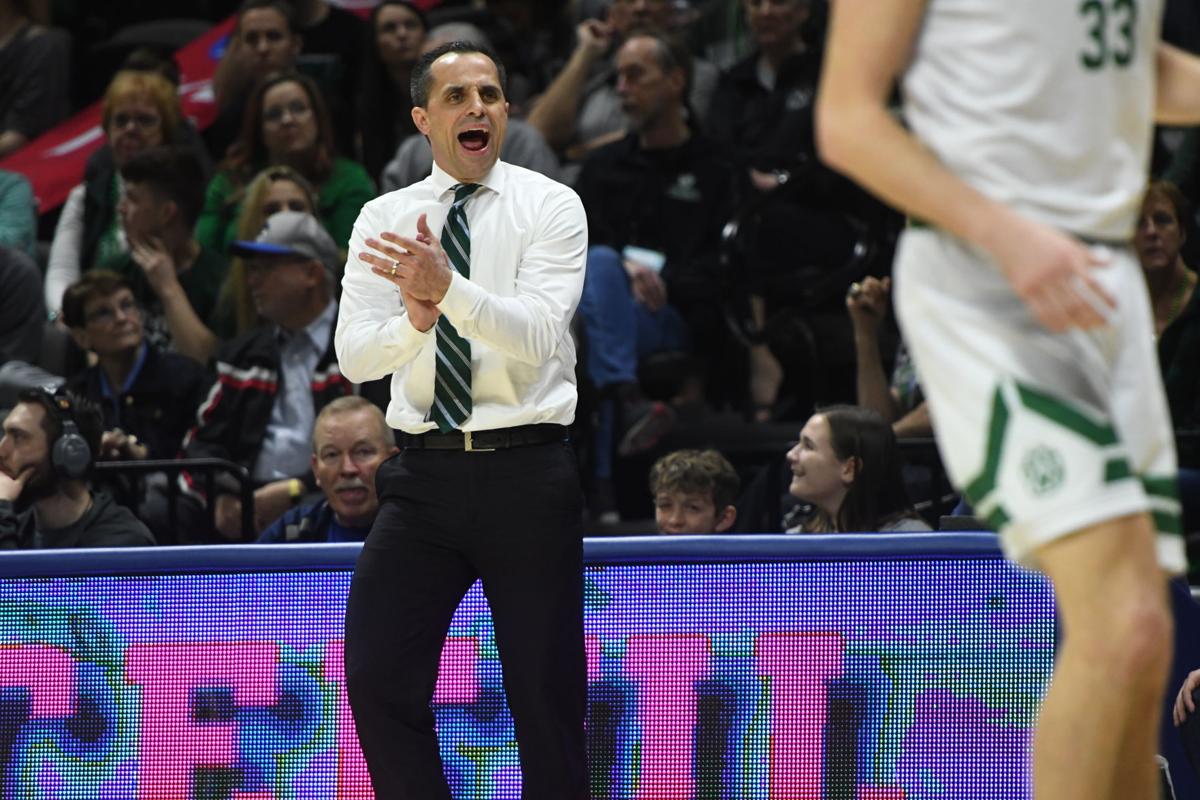 The Missouri Western football team enters the field through smoke prior to a game.

On any normal gameday at Missouri Western, familiar faces seen on the sidelines serve in a different role.

For basketball games inside MWSU Fieldhouse, Chad Edwards’ soccer team is often serving up concessions. Track and field, volleyball and other sports also use the time when other programs are playing to serve up snacks and beverages to fans — money that goes toward that team’s operating budget.

With the economic fallout from COVID-19 taking a toll on athletic departments in higher education, having fans in the stands could be the difference between a program having the ability to operate beyond the 2020-21 academic year.

“Our tennis program basically funds their operational budget through working concessions at our football games,” said Dr. Josh Looney, Missouri Western’s vice president of intercollegiate athletics. “It ties into programs within our department.”

“Please keep in mind the purpose behind these actions is to assist all institutions with short-term financial concerns so that we may emerge stronger as a membership and division,” the statement from the council said.

For example, the Mid-American Intercollegiate Athletic Association has an 11-game conference-exclusive schedule. Division II schools will be subject to a maximum of 10 games in the fall. Basketball programs were allowed 26 games, with an additional two games for teams playing in exempt tournaments, such as the Small College Basketball Hall of Fame Classic at Civic Arena and the Hillyard Tip-Off Classic. Exempt tournaments have been eliminated, and schools will be allowed 22 games.

Women’s soccer will be reduced to 14 games, a reduced of three games for Missouri Western and four games for Northwest based on their previously released 2020 schedules. Volleyball programs will see a handful of dates eliminated and play just 20 contests.

“Chancellors, presidents and athletic directors were telling the NCAA, ‘We need you to take some action. We need you to make some adjustments in the schedule and help us reduce some costs and expenses within our athletic departments.’ It will be a disruptive year in higher education, a year unlike any we’ve seen before,” MIAA commissioner Mike Racy said.

At the Division I level, drastic measures have taken place. The Mid-American Conference announced the elimination of eight postseason tournaments. More than a half dozen schools have eliminated programs. The list of coaches and personnel taking pay cuts grows by the day, as well. Division II Florida Tech is believed to be the first program to disband football, doing so earlier this month.

“I think from a Division II perspective, to get out on the forefront and provide at least one year of relief in an equitable way to institutions is a prudent decision to make,” Looney said.

The coronavirus has forced colleges and conferences to rethink how their money is spent. Eliminating games will reduce travel, a major expense of college programs that Division II benefits from with regionalization. But the bulk of the budget, and expenses, lies in football.

Having the programs up and running, at the Division II level, is only half the battle. As student-athletes continue to be phased back into campus over the coming weeks and months, having revenue from fans in attendance is key for operations without major TV deals Division I benefits from.

“It was very important to me in the reductions, while I was supportive, that we didn’t fall below 10 football games to ensure we have five home football games,” Looney said. “Football without fans, while I would be open to it, would have a significant financial impact on how to operate next fall.

“I’d be lying to you if I told you the revenue for football at Missouri Western wasn’t important to how we operate.”

Now the MIAA is tasked with altering schedules over the coming weeks, already holding sub-committee meetings to do so. Racy says all football teams will have five home and away dates, and the league will make the schedule with hopes of maintaining homecoming and other important dates for universities.

In sports like basketball, which was set to move to a 22-game conference schedule, it could be a season without non-conference action. The NSIC already plays 22 conference games, which could make finding regional competition hard.

“We’ll have to jump right into the core of our conference schedule,” Looney said. “The games will mean more earlier in the season. Every game is more meaningful next year than it would’ve been in normal years. There’s no time to tune up in most of our sports.”

Racy also indicated that many postseason tournaments will likely have a new look. There’s a strong possibility that as many games are played on-campus as possible, and tournaments could have reduced fields. The MIAA Men’s and Women’s Basketball Tournament will remain in Kansas City, Missouri, though it’s possible fewer teams will advance.

“Anytime a school doesn’t have to make a trip for a postseason event, it’s not a good experience to have your student-athletes sitting at home, but it costs money. Every one of those postseason trips costs an institution money,” Racy said.

“Next year’s gonna be a year where schools are looking to save money.”

Mid-Buchanan becomes unanimous No. 1 in Class 1