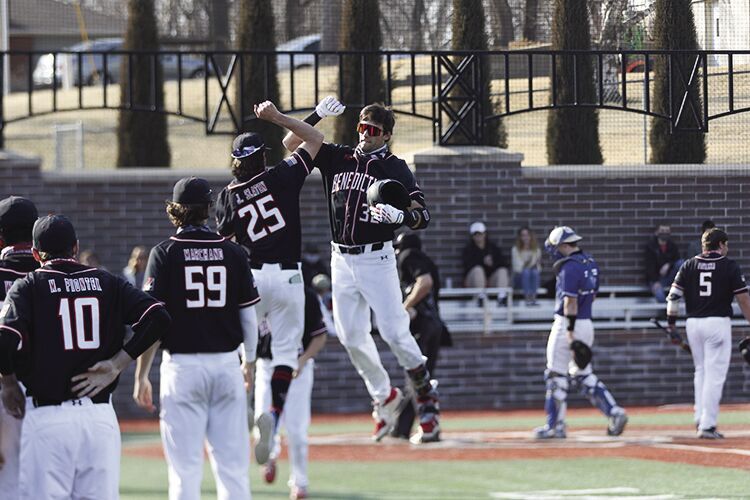 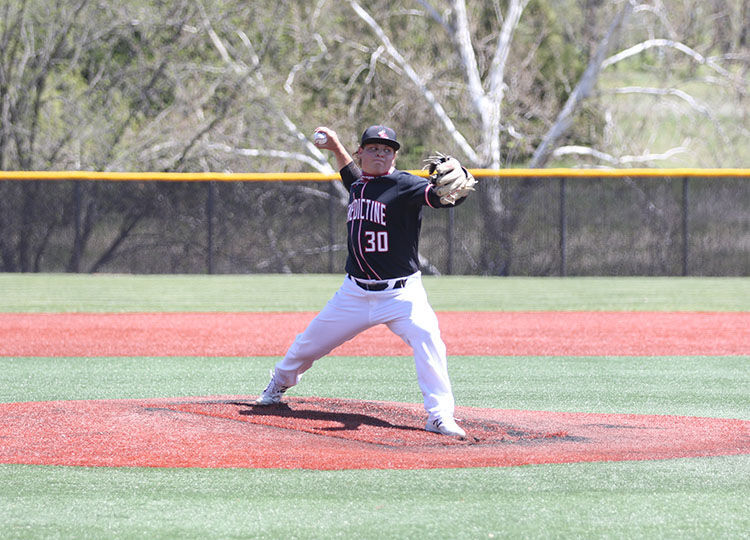 Benedictine senior Michael Kruse pitches on the mound against Baker at Laughlin Field at Olsen Stadium.

Benedictine senior Michael Kruse pitches on the mound against Baker at Laughlin Field at Olsen Stadium.

For the first time under the current format, the (RV) Raven Baseball team has earned a spot in the NAIA playoffs.

Benedictine (34-14) earned an at-large selection and will be traveling to New Orleans as one of five teams to via for a trip to the Avista-NAIA World Series out of the New Orleans Bracket hosted by Loyola (La.) University.

After the team was only able to win one game at the Heart Conference tournament coach Eric Peterson feared that would be a wrap on their season.

“We thought we were done to be quite honest with you,” Peterson said.

The team gathered together for the NAIA selection Thursday and were elated to see their name called.

“That was special since none of us has ever had the chance to do this,” Michael Slaten said. “We’re going to go down there and try to win some ball games.”

The Opening Round will be played at nine campus sites across the country from May 17-20 with each site winner advancing to the World Series in Lewiston, Idaho, on May 28-June 1.

“This is a long time coming,” Peterson said. “This is a program that has been on the brink of it and there are a lot of proud alums and I’m glad we got this done for them along with all the players that came back this year.”

The Ravens earned a No. 4 seed in the Loyola Bracket and will take on a familiar opponent in the Ottawa University Braves. The Braves earned their first-ever appearance in the Opening Round by winning the KCAC Tournament and finished with an overall record of 35-18. The two programs last met during the 2018 season when they split a doubleheader on Laughlin Field at Olsen Stadium on March 20.

The remaining teams in the New Orleans Bracket are at the top-seeded Wolfpack, No. 2 seed Kaiser (Fla.) and No. 3 seed Oklahoma City University.

The Ravens and the Braves will open up the bracket at 11 a.m. on Monday.

Chiefs look ahead to training camp after successful offseason program