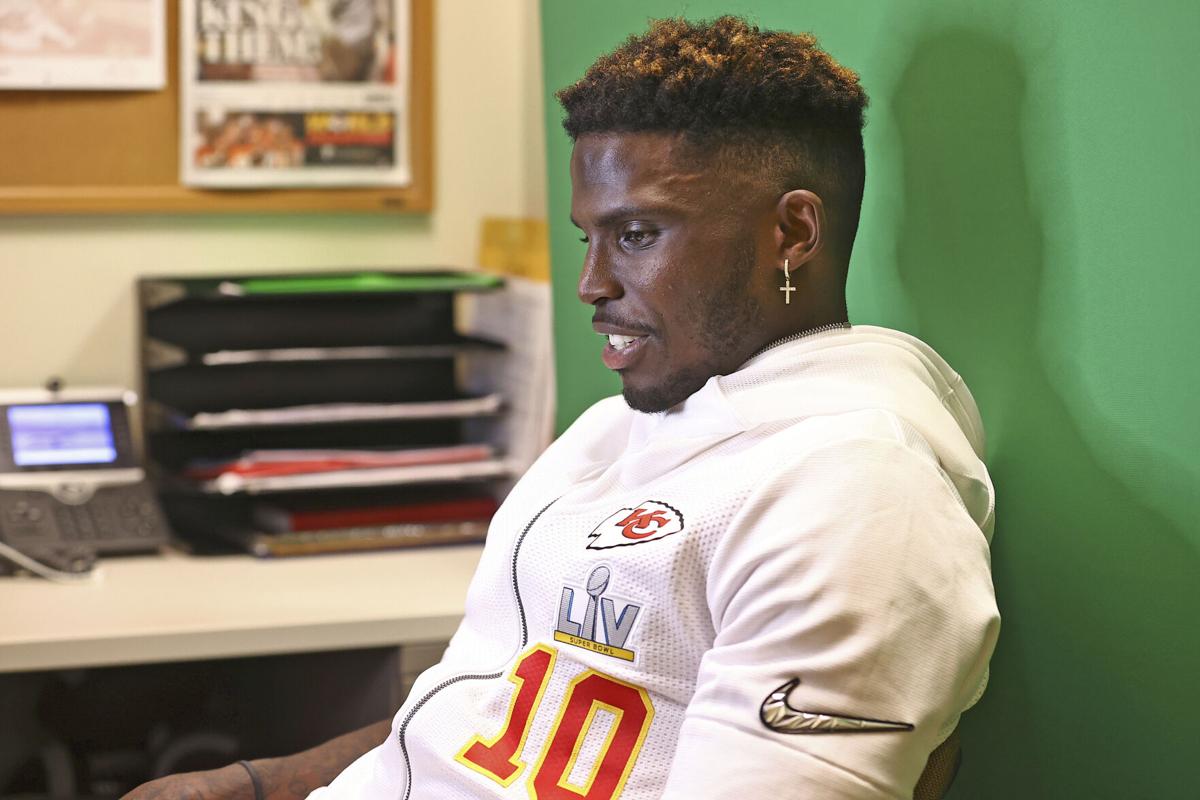 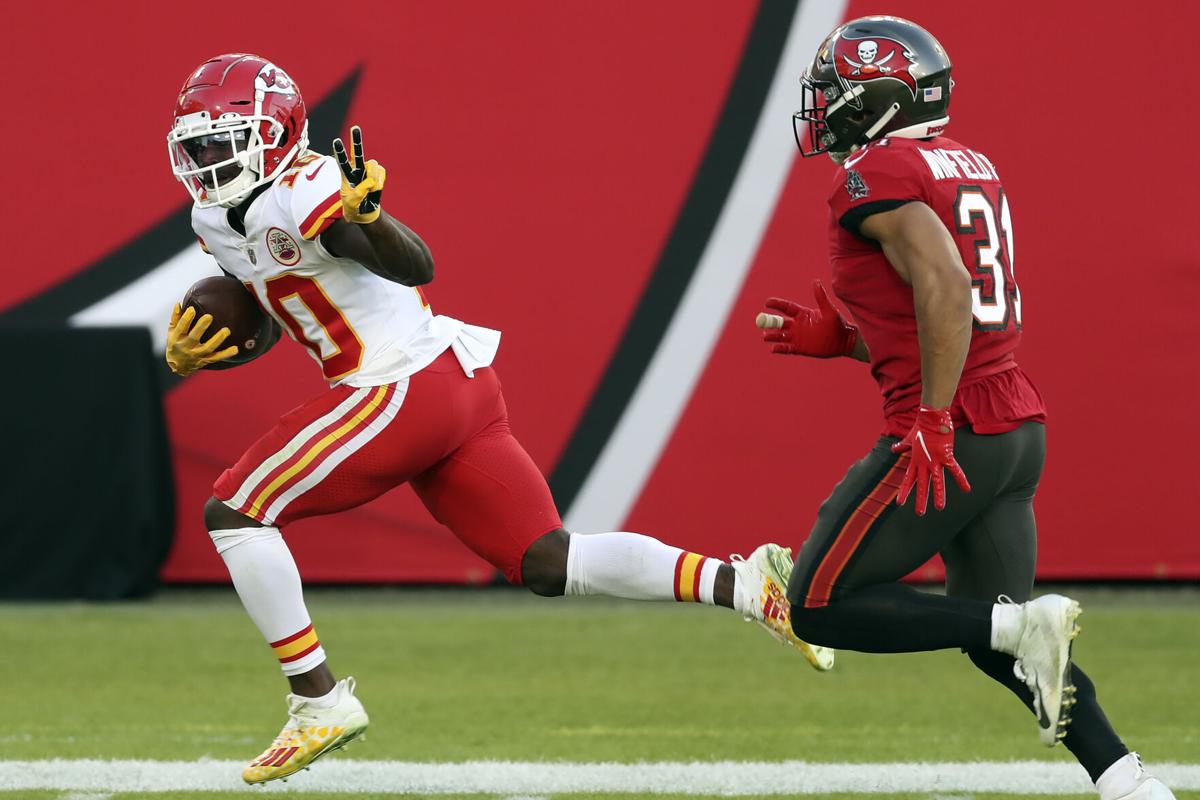 Days ahead of the biggest game of his still-young career, Tyreek Hill shows no nerves.

It’s just another week in his eyes. That means wrapping up a day of game prep before going home to play Fortnite and Call of Duty with fellow wide receiver Gehrig Dieter.

Before leaving his Zoom interview from somewhere inside the Chiefs’ facility, he shared his thoughts from his most recent Bible study.

“Last night I tweeted something from a Bible verse: Romans 16:18. This Bible verse really spoke to me last night when I was doing Bible study with my girl,” Hill said. “It says present sufferings with the hope of future glory, man. Let that sink in your heart before you guys sleep tonight.”

Following the thoughtfulness, he plugged his YouTube channel — “subs going crazy, we finna to hit a milly,” he exclaimed — and let reporters in on a secret about his jewelry.

Real jewelry or not, his week leading up to Super Bowl LV as one of the clear top receivers in the NFL was full of thrilling moments. At times, while declining to say he’s faster than Bucs wideout Scott Miller, he claimed he’s no longer the NFL’s fastest player. His role on the offense is also now diminished to playing water boy for Patrick Mahomes and Travis Kelce.

It’s possible they are fetching water for him Sunday in Tampa if the Week 12 performance is any indicator. He caught 13 receptions for 269 yards and three scores in the 27-24 victory.

Hill finished the year eighth in receiving yards with 1,276, despite not playing the final game of the year. At one point, him and Kelce were duking it out for the league lead in receiving.

“(Hill is) the deadliest threat in the National Football League,” said Kelce, who wound up with 1,416 yards, an NFL record for tight ends. “You can’t put a cap on his speed. He’s the biggest big-play threat in the game.”

While the Bucs will have to pick their poison with the Chiefs’ pass-catchers, and Sammy Waktins trending toward a return after leading Super Bowl LIV in yardage.

A repeat showing of Week 12 by Hill would go a long way toward winning a second Super Bowl ring, and helping him fulfill a lifelong goal.

“I just want to fill my bird finger up,” he said. “So when all my haters talk to me in like 30 years from now, and they’re like: ‘You got carried by Patrick, Coach Reid, Kelce and that defense.’ And I can just shoot those birds.”