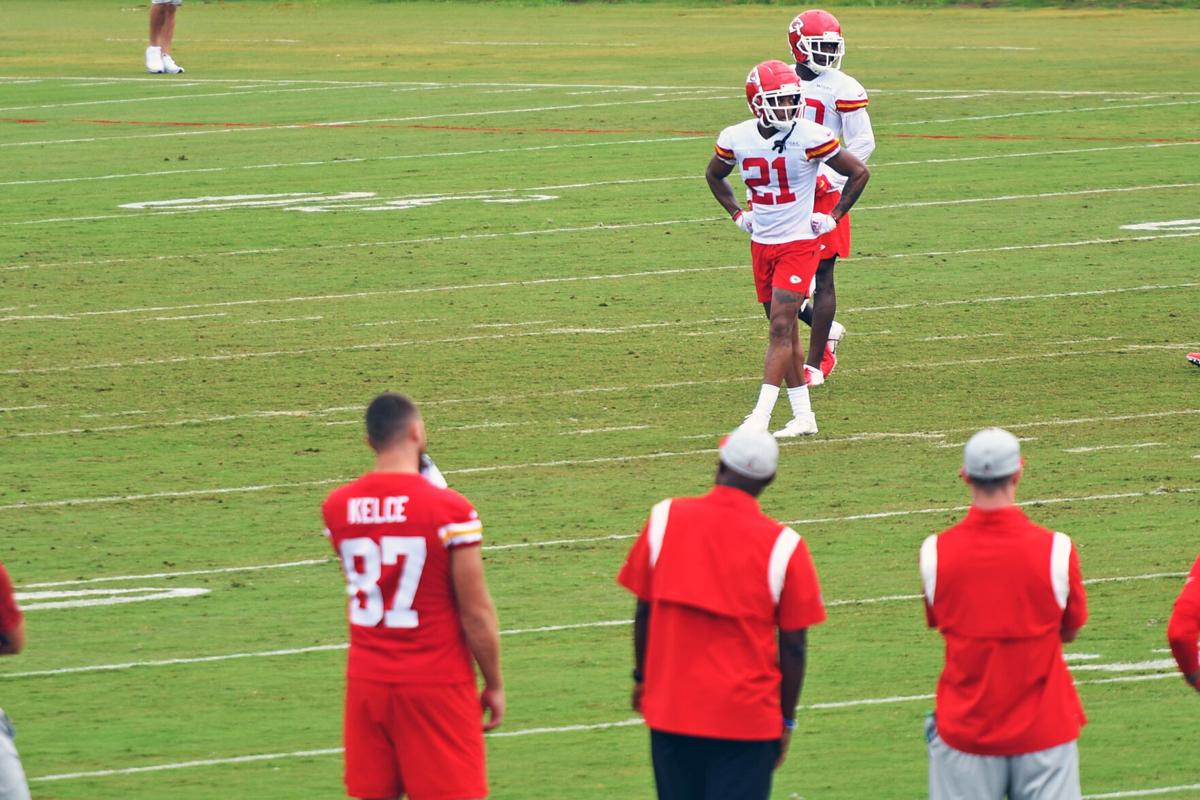 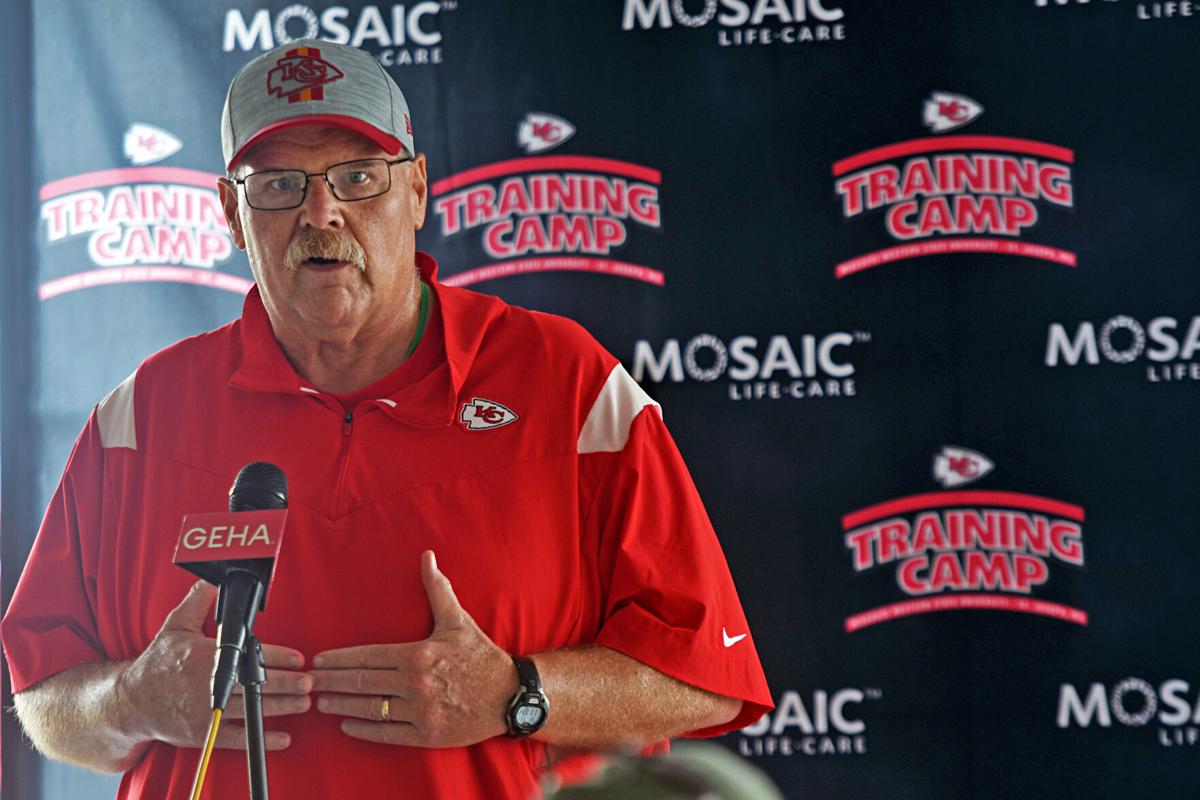 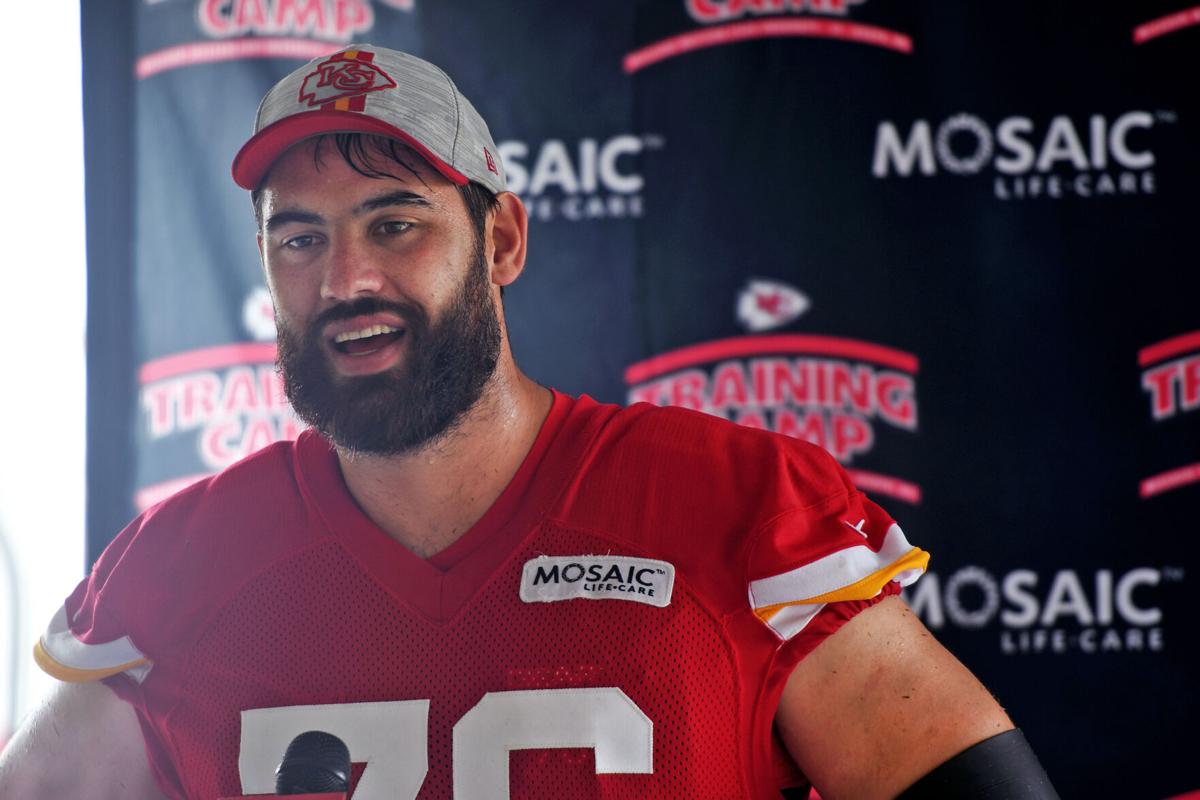 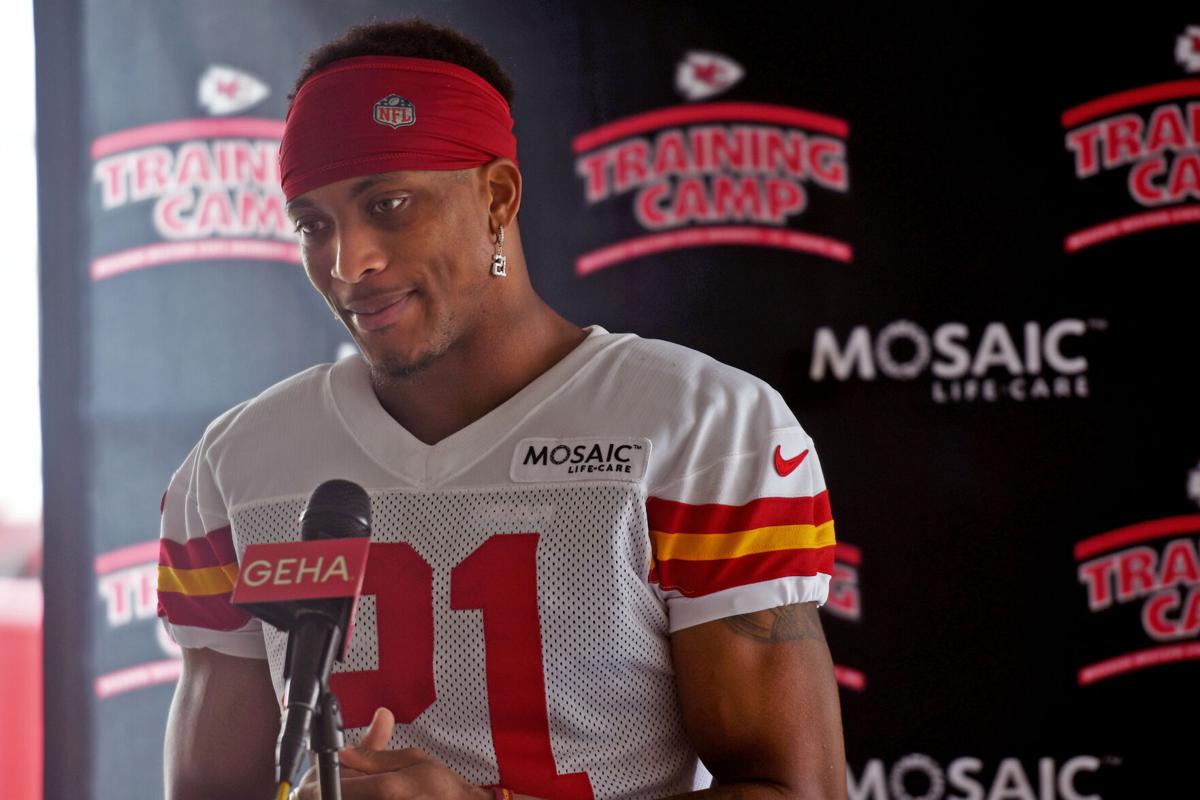 Come Tuesday, the Kansas City Chiefs will kick it into a new gear when the pads come on for the first time at training camp in St. Joseph.

But there’s been no shortage of young and new players getting opportunities to shine, particularly against the offensive line and a linebacker.

Rookie Trey Smith has been consistently getting starter snaps to start training camp at right guard alongside center Creed Humphrey. Lucas Niang, a third-round pick in 2020 who opted out of the season due to COVID-19 concerns, received starter snaps Saturday with Mike Remmers missing practice due to back spasms.

That offensive line, alongside offseason acquisitions Orlando Brown Jr. and Joe Thuney, doesn’t feature anybody who took a snap in a Chiefs uniform a year ago.

“You like to have experience,” head coach Andy Reid said of the offensive line. “But again, I’ve had success with rookies too, so it’s kind of individually based in how they step up and communicate and how willing the veteran players are to share with them their experiences.”

While Laurent Duvernay-Tardif is now the veteran of the group, he’s also readjusting after having opted out to help on the frontlines battling COVID-19 in Canada last season.

“We’ve got a really cool group of guys, and they’ve welcomed me in. Even though I’ve been here the last eight years, I wasn’t here last year,” Duvernay-Tardif said. “It was good to build that chemistry, and I feel like now we’re pretty united.”

While most other offensive spots are solidified by veterans, injuries have also allowed for competition behind Travis Kelce at tight end. That has featured highlights in 7-on-7 and 11-on-11 from 2021 draft pick Noah Gray and 2019 undrafted free Jody Fortson.

“The young guys have done a nice job. They’ve stepped up I thought. They’ve been working their tail off,” Reid said. “It’s been a good exercise with very few mistakes, so you look at that now and that becomes important.”

With Anthony Hitchens missing time early in camp and Ben Niemann leaving Saturday’s practice with a hamstring tweak, rookie Nick Bolton and second-year linebacker Willie Gay Jr. have seen extended run. Bolton is in his first offseason since being selected out of Mizzou while Gay Jr. had to go through a virtual offseason in 2020, and he’s worked back since a Week 17 knee injury.

Likewise, Mike Hughes saw his 2020 season end with a neck injury during his time in Minnesota, though a second opportunity came about in Kansas City this offseason. A first-round pick out of UCF in 2018 who had interest from the Chiefs, he’s played in just 24 games in three years due to an ACL and neck injuries.

Now healthy, he’s turning the page on the Chiefs chapter of his career.

“I’m just trying to turn everything into a positive,” Hughes said. “And I’m glad to be here. I’m blessed.”

The Chiefs had Sunday off and are back on the field at 9:15 a.m. Monday at Missouri Western.