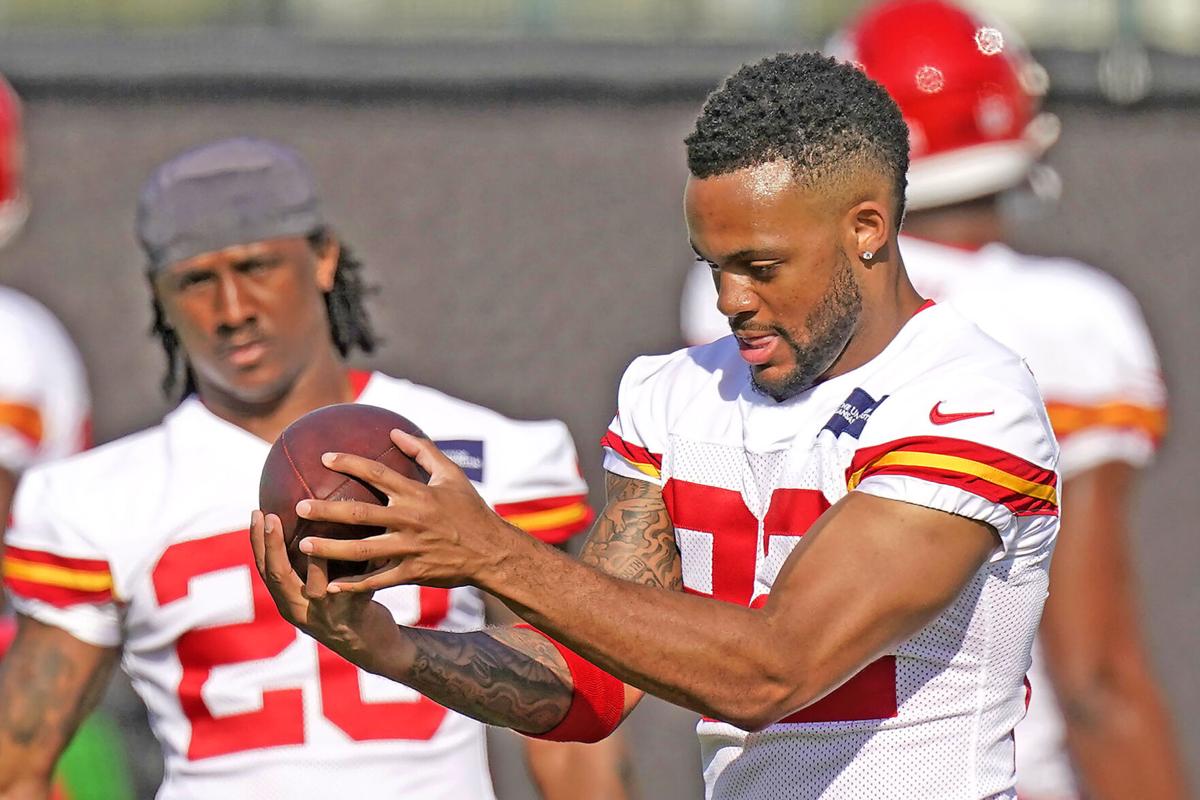 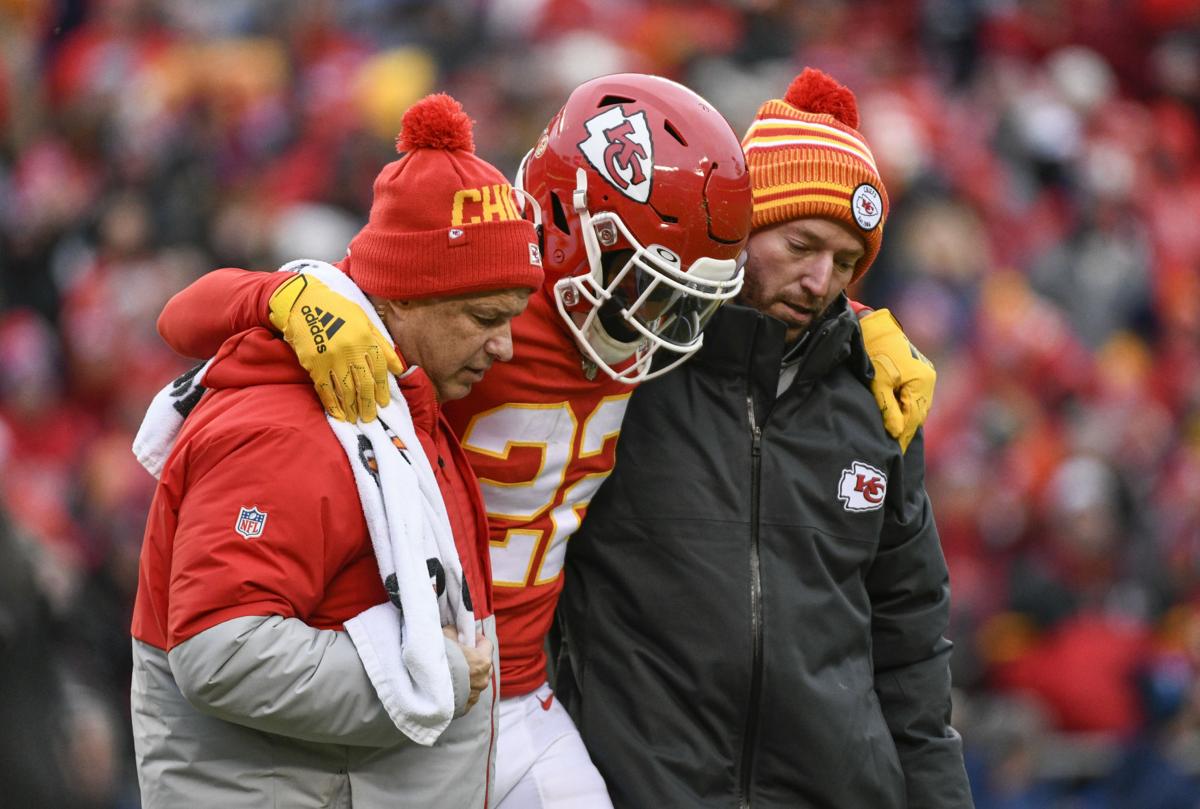 Kansas City Chiefs safety Juan Thornhill is helped off the field during last season’s against the Los Angeles Chargers at Arrowhead Stadium.

Kansas City Chiefs safety Juan Thornhill is helped off the field during last season’s against the Los Angeles Chargers at Arrowhead Stadium.

For the first time since December, Chiefs safety Juan Thornhill suited up for practice this week.

Kansas City activated Thornhill from the active/physically unable to perform list, after he spent almost three weeks on it.

The free safety tore an anterior cruciate ligament in the Chiefs’ regular season finale against the Los Angeles Chargers at Arrowhead Stadium.

“I was really hungry coming into the NFL, but with me not being able to play in the playoffs, I felt like I let my team down. I can’t just let myself fall backwards; I have to pick up where I left off and take off.”

After starting in all 16 regular-season games, Thrornhill then had to watch from the sidelines as the Chiefs went on their championship run en route to winning Super Bowl 54.

“I was so happy, but at the same time, it was eating me alive,” Thornhill said. “Just thinking, OK, three weeks ago, I was healthy. I could’ve been playing out there with my teammates on that field. My dream is to play in the Super Bowl. I’m definitely happy that my team won. It just made me more determined for this season and to come back and pick up where I left off.”

Teammate Tyrann Mathieu, who has recovered from two ACL injuries, helped Thornhill realize that maintaining a positive attitude was a necessity while in rehabilitation.

“The first thing I wanted to do is just be positive throughout this whole process,” Thornhill said. “I’m not really thinking too much about trying to stay on a pace. While I’m out there, I know that I’m doing individuals, so my mind is strictly focused on doing what I’m supposed to do.”

Head coach Andy Reid said, “He attacked the whole procedure with the knee, his rehab. He came with energy every day and worked like crazy to get that back and here he stands. It’s strong and he’s working hard.”

Thornhill played a total of 1,011 defensive snaps in his rookie season with the Chiefs.

After it was cut short, he spent plenty of time fine tuning his skills by carefully watching his mistakes, all while building up his strength and range of motion.

“I definitely watched every single game and I could just see myself progressing each game. I got better each game, each week,” Thornhill said. “For me, once I get back, just pick up where I left off and dont’ move backwards, move forward.”

“I thought Juan got better every week,” Reid added. “He’s a talented kid. It’s just a matter of getting out and doing it. Every week, he improved. I know he’s looking forward to getting back in there and playing. He’s been able to ramp up here a little bit and get a little work in the last couple days.”

Now, as Kansas City looks to defend its championship title this season, Thornhill returns more eager than ever.

“I’m not thinking about the knee. I’m trying to just move as much as I can and just work through it. That’s pretty much all I’ve been doing, and hopefully I can get back out there,” Thornhill said.

The Chiefs begin the 2020 NFL season in a home opener versus the Houston Texans on Sept. 10.