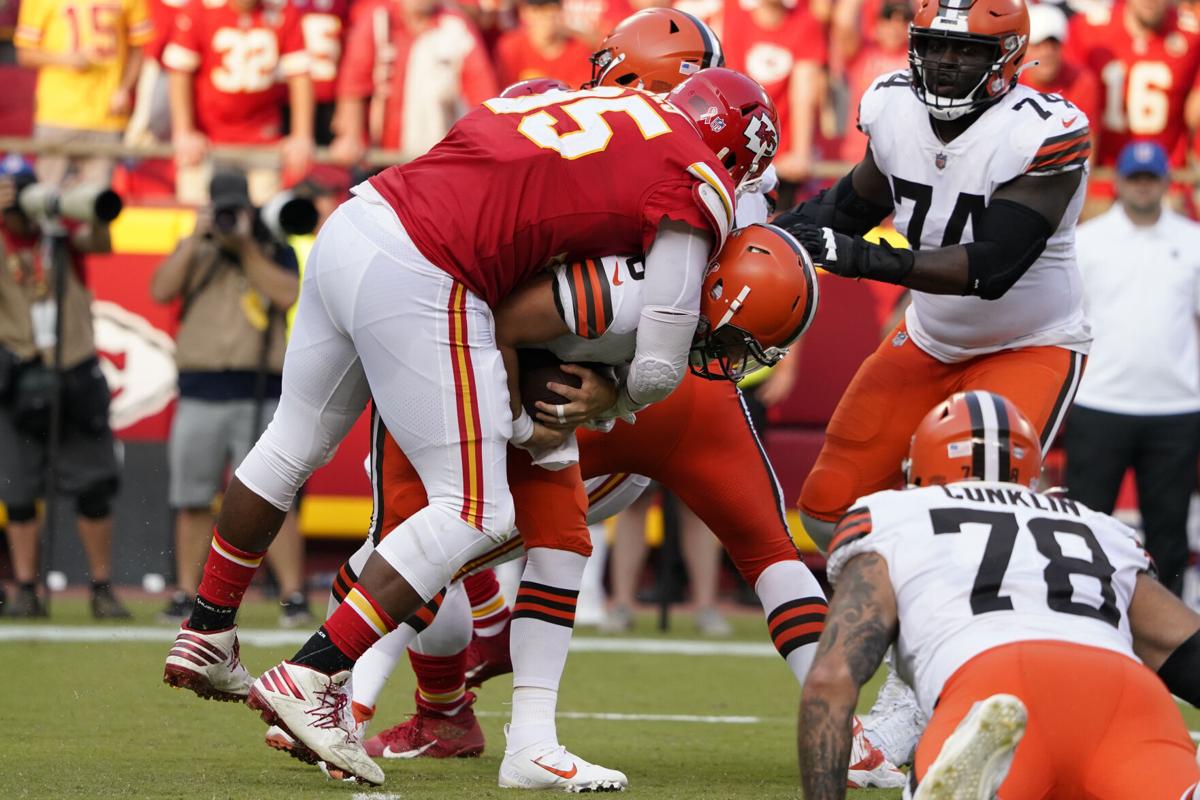 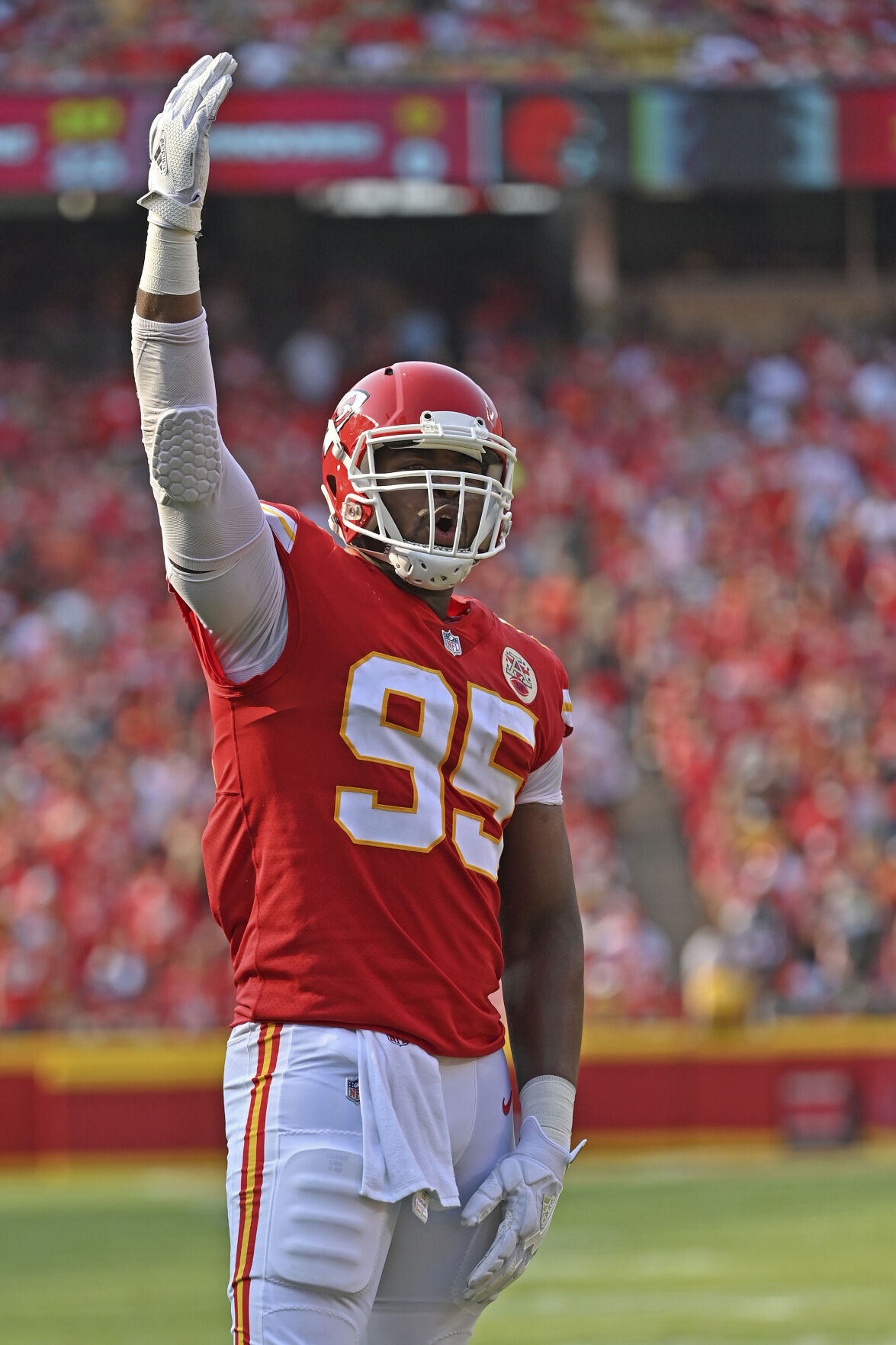 KANSAS CITY, Mo. — When Chris Jones decided his outfit of choice for the season and home opener, he likely didn’t know it would take an effort similar to one his idols to get the job done.

The Chiefs’ defensive end walked into his postgame press conference with a smile on his face an a Philadelphia Eagles jersey with Reggie White on his back, honoring one of the greatest defensive players in NFL history.

His play Sunday reminded Chiefs coach Andy Reid of how the greats show up most when needed.

“I’m not sure I’ve seen a defensive lineman take over like Chris Jones did that second half,” Reid said following the 33-29 win against the Cleveland Browns at Arrowhead Stadium. “I mean, he was possessed there, and just an unreal job he did.”

Jones starred in his first game since making the move from defensive tackle to a hybrid defensive end, spending most of the game lined up outside.

And his presence was felt. Jones corralled a sack in the first half, tallying another one in the third quarter that began a Browns avalanche.

“I just got settled,” Jones said. “In the first half, they gave me a lot of play-action and ran away from me. I got in the locker room at halftime and made a few adjustments with (defensive coordinator Steve Spagnuolo), got settled down and was able to play my game.”

The Chiefs’ ability to slow the Browns run in the second half forced Cleveland to drop back on first down, leading to Jones’ second sack of the game.

Three plays later, the Browns went to attempt their first punt of the game. Jamie Gillan’s planned punt instead saw him bobble the ball, forcing him to attempt to run instead of kicking the ball away.

“I think it was just a mindset that something’s got to come up here. (Jones) was one of the captains today,” Jones said. “He takes a lot of pride in where he’s come from with this organization. He’s not the young buck anymore, he’s a guy. So, he’s one of our veteran players and he showed great leadership with that and fired everybody up.”

Jones’ play was especially needed Sunday. Tyrann Mathieu, who was activated from the COVID-19/Reserve list, wasn’t ready to play a full game without two weeks of practicing following a pre-game evaluation. Frank Clark’s hamstring never returned to 100%, according to Reid, and the two weren’t able to suit up.

But Jones did, much to the pleasure of the Chiefs.