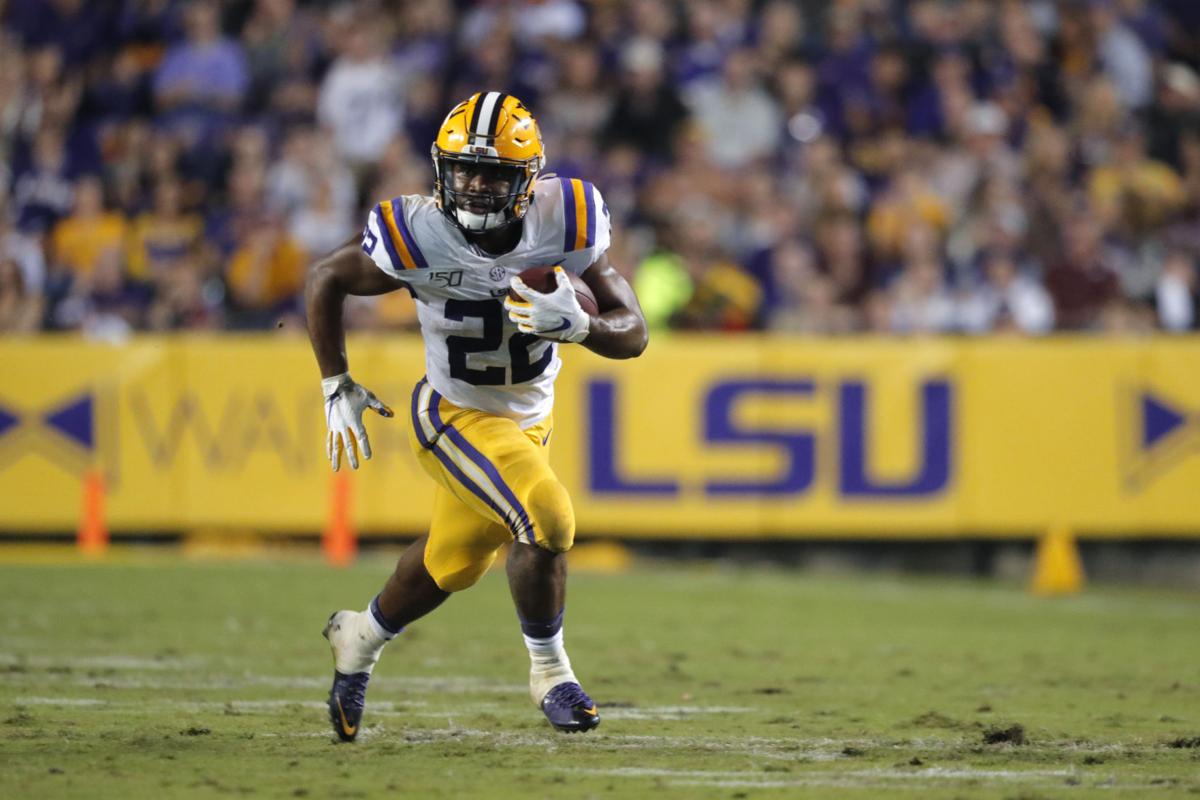 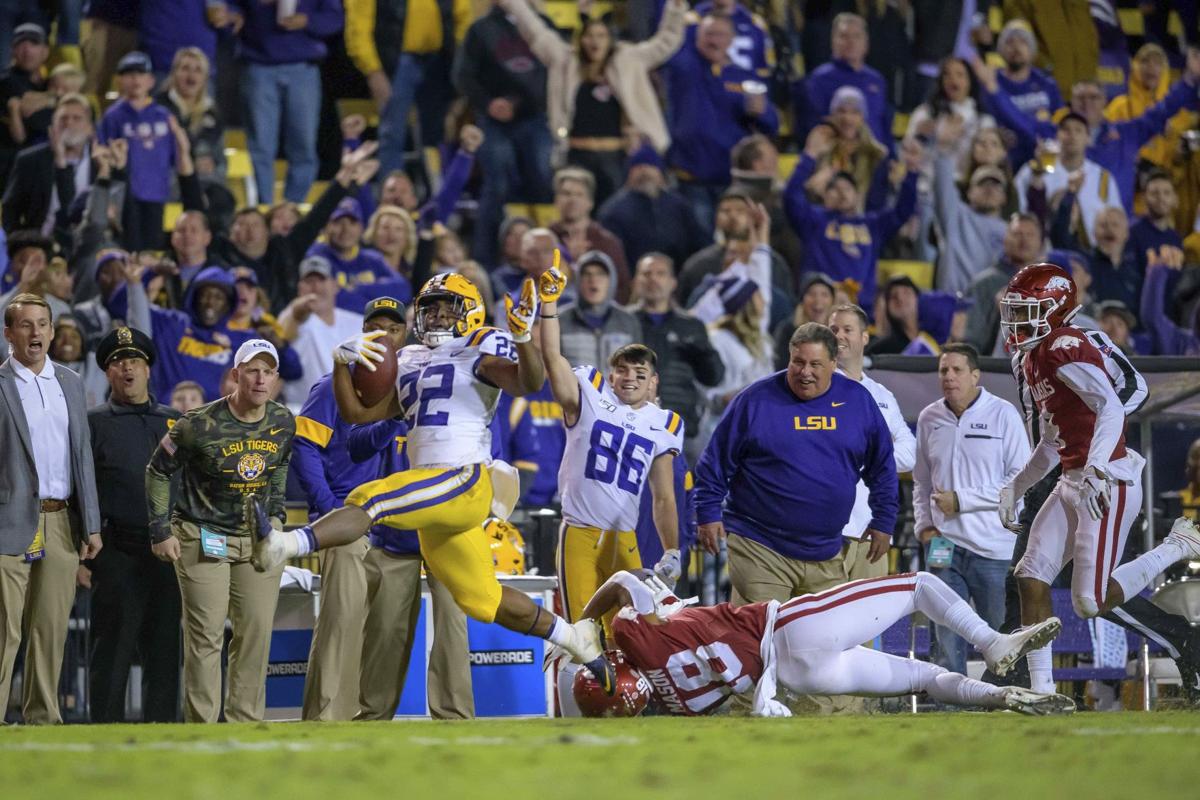 LSU running back Clyde Edwards-Helaire runs eighty-nine yards for a touchdown against Arkansas defensive back Myles Mason in the second half in Baton Rouge, Louisiana in 2019.

LSU running back Clyde Edwards-Helaire runs eighty-nine yards for a touchdown against Arkansas defensive back Myles Mason in the second half in Baton Rouge, Louisiana in 2019.

A few hours before the beginning of the 2020 NFL Draft, Chiefs general manager Brett Veach sat in his Kansas City home.

He spoke with head coach Andy Reid and owner and CEO Clark Hunt, nearly three months after bringing the Lombardi Trophy back to Kansas City, and made his intentions with the No. 32 pick in the NFL Draft clear.

“I asked Pat,” Veach recalled in a video put together by the Chiefs documenting the team’s first phone call with LSU running back Clyde Edwards-Helaire. “I said, ‘Give me a name.’ I said, ‘Don’t think about it.’

Reid followed up, saying, “We asked Pat Mahomes, ‘Who do you want?,’ and he picked you. How neat’s that?,” Reid said. “You better be ready to go.”

In meeting with the media near midnight Central time following the final pick of the first round, Edwards-Helaire recalled hearing the tale and the feeling of the defending champions seeking out his talents.

“Hearing the draft story and him getting the final text to shoot him one name and all he sent back was ‘Clyde,’ it makes me feel wanted,” Edwards-Helaire said. “Being able to with the guy who won the Super Bowl and was the MVP … is something I’ve absolutely dreamed of.”

Edwards-Helaire was the lone running back taken in the first round and joins Mahomes in an offense surrounded by All-Pro talent in wide receiver Tyreek Hill and tight end Travis Kelce, as well as a nucleus that includes wideouts Sammy Watkins and Mecole Hardman alongside running back Damien Williams.

“This guy we view as an extraordinary running back and a rare talent with the things he can do,” Chiefs general manager Brett Veach said. “We had a pocket of guys — some were offensive linemen, some were corners, some were linebackers. The way it worked out and where we picked and what was left, he was the best player and it made sense for us.”

As the Chiefs neared their pick, the phones went silent, leaving Kansas City at No. 32. Veach compares the Tiger to Eagles Hall of Famer Brian Westbrook, though his former coach, Reid, said he’s even better.

“This guy can consistently make plays when there’s really nothing there to be made,” Veach said. “Throwing him in there with Tyreek and Sammy and Travis, I think it could be really exciting.”

Edwards-Helaire enters as a versatile pass-catcher who ran the ball just 215 times last year. He had nearly 1,900 total offensive yards, including 110 in the College Football Playoff National Championship win.

“I just feel like this is the perfect fit,” Edwards-Helaire said. “Just how versatile the offense is, and you know, they were big on being able to get their running back out in space, and I felt like that’s where I absolutely thrived.”

The Chiefs might have had bigger needs in Brett Veach’s first first-round pick as general manager. But the additions of offensive lineman Mike Remmers and cornerback Antonio Hamilton gave the Chiefs latitude to stick to the big board early.

They ultimately decided to go with undersized and often-overlooked Edwards-Helaire, who stands at just 5-foot-8, choosing him over more high-profile running backs such as Georgia’s D’Andre Swift and record-setting Wisconsin standout Jonathan Taylor.

“Our priority going into the draft was, really, add talent,” Veach said, “and you know, certainly every team has philosophies and that’s no different for us. But I mean, never lose sight in this process, you’re just collecting really good players. There’s value placed on certain positions and we do the same thing, but when you have a guy you think is a Pro Bowl running back, that’s a high value too.

“We think this guy can be great.”

Apparently, so does the franchise quarterback.