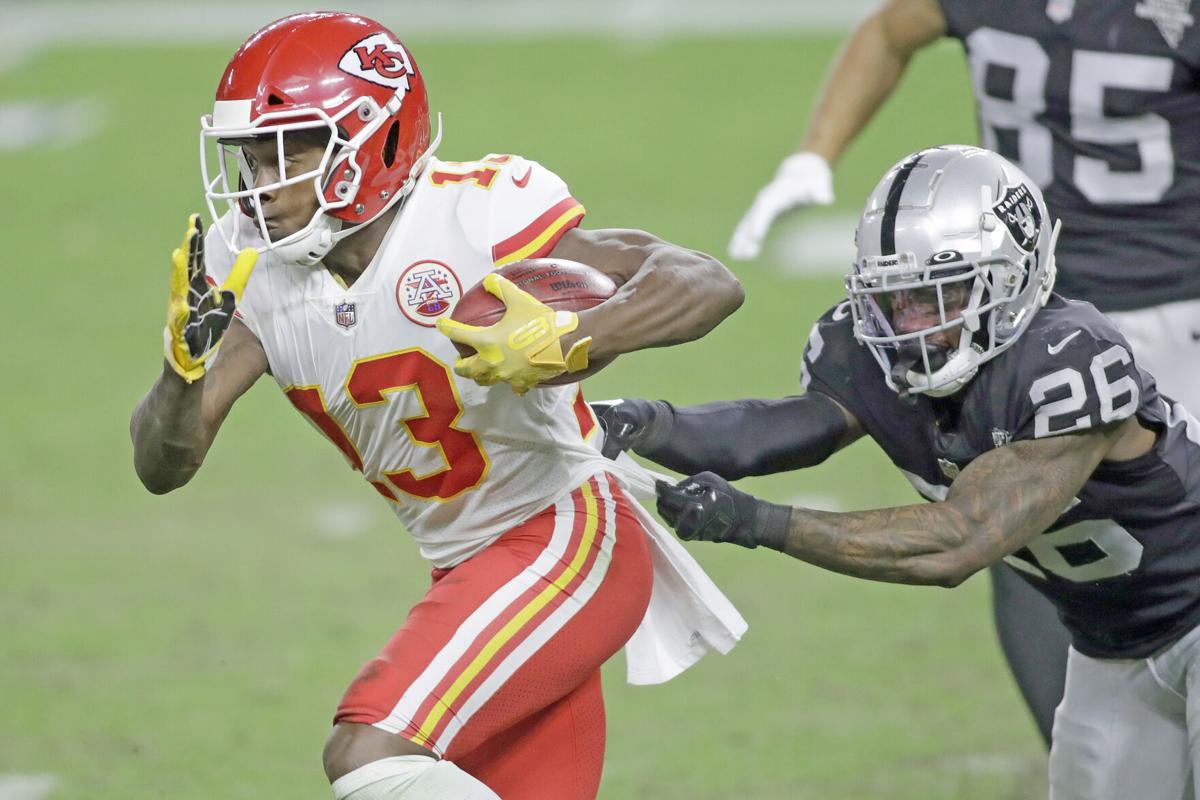 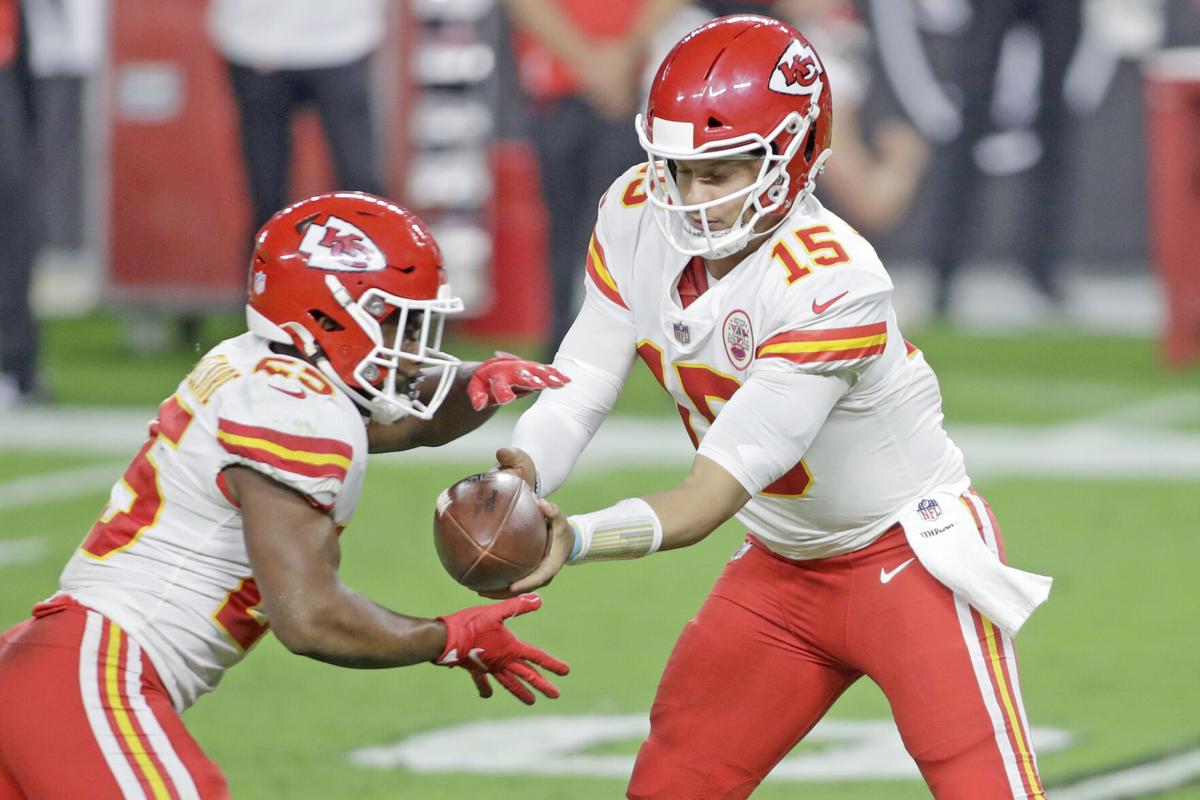 Kansas City Chiefs quarterback Patrick Mahomes hands the ball off to running back Clyde Edwards-Helaire during the first half against the Las Vegas Raiders on Sunday in Las Vegas.

Kansas City Chiefs quarterback Patrick Mahomes hands the ball off to running back Clyde Edwards-Helaire during the first half against the Las Vegas Raiders on Sunday in Las Vegas.

KANSAS CITY, Mo. — The Kansas City Chiefs appear to be getting Sammy Watkins back on the field just in time.

The Chiefs put fellow wide receiver Byron Pringle on injured reserve after he hurt his ankle last weekend in Las Vegas, leaving them with only Tyreek Hill, Demarcus Robinson and Mecole Hardman as the healthy players in the group. Watkins has been out since Week 5 with a hamstring injury, though his teammates said he looked good in practice Wednesday.

“Today at practice, Sammy had a ridiculous catch and I was like, ‘Sammy’s still got it,’” Hill said as the Chiefs continued to prepare for their visit to the Tampa Bay Buccaneers on Sunday.

The Chiefs also have tight end Travis Kelce, who is more productive catching the ball than most wide receivers, and they have entire packages in their robust offense to deliver the ball to running backs Clyde Edwards-Helaire and LeVeon Bell.

Yet there is nobody else on the roster with Watkins’ size, making him a valuable downfield and red-zone target.

After taking a pay cut to stay with the Super Bowl champs, Watkins was having a nice start to the year, too. He caught seven passes for 82 yards and a touchdown in their opener against Houston, and he was averaging more than 10 yards per catch while pulling in 21 passes through the first four-plus games of the season.

The Chiefs have weathered his absence quite well, though. Hill has consecutive 100-yard receiving games and caught a touchdown pass in each of the past four, and Robinson and Hardman have had bright spots during their 8-1 start.

“Everybody in our room, they come in, they work hard and they want to be great. That’s the standard in our room and the standard on our team,” Hill said. “Everybody knows it’s a next-man-up sport. Even if I go down, it’s the same mentality, or Sammy. They’re going deep as if I was in the game. We just have to keep at it, keep going forward.”

Still, the return of Watkins comes at a nice time — and not just because Pringle landed on IR this week. The Chiefs and Buccaneers, led by quarterback Patrick Mahomes and counterpart Tom Brady, have two of the best quartets of playmakers in the league. While the Chiefs expect to have Watkins alongside Hill, Hardman and Kelce, the Bucs have wide receivers Chris Godwin, Mike Evans and Antonio Brown along with tight end Rob Gronkowski.

“I would take my guys over anybody,” Mahomes said. “Simple as that.”

In other news, the Chiefs signed veteran offensive tackle Stefan Wisniewski to the practice squad, giving them another player with experience in the system as they deal with injuries up front. Right tackle Mitchell Schwartz has a bad back but could return against the Buccaneers.

“You can’t have enough offensive linemen and defensive linemen. That’s proven,” Chiefs coach Andy Reid said. “To be able to add one like Stefan is a big thing. He’d been banged up a little bit and now he’s healthy. We welcome him back.”

The Chiefs also welcome second-year pro DeAndre Baker to the practice field Wednesday. He was the 30th pick in the 2019 draft by the New York Giants but was waived amid legal problems, though his case was eventually resolved with no charges being filed. He joined the Kansas City practice squad after going through COVID-19 testing the past week.

One reason the Chiefs are confident Baker will stay out of trouble is Tyrann Mathieu, their starting safety, whose own career went through plenty of tough times at LSU before he got his life straightened out with the Arizona Cardinals.

“It’s part of the reason I came here, to be around some young guys that can really learn from me,” Mathieu said. “I’ve been through a lot of life challenges. A lot of different circumstances. I reached out to him before he got here and told him I’d always be in his corner, I’d always be the shoulder to lean on. I think that’s what people are looking for when they come into new environments; find a person they can lean on.

“It’s on us to keep his head right,” Mathieu added, “and the football will take care of itself.”