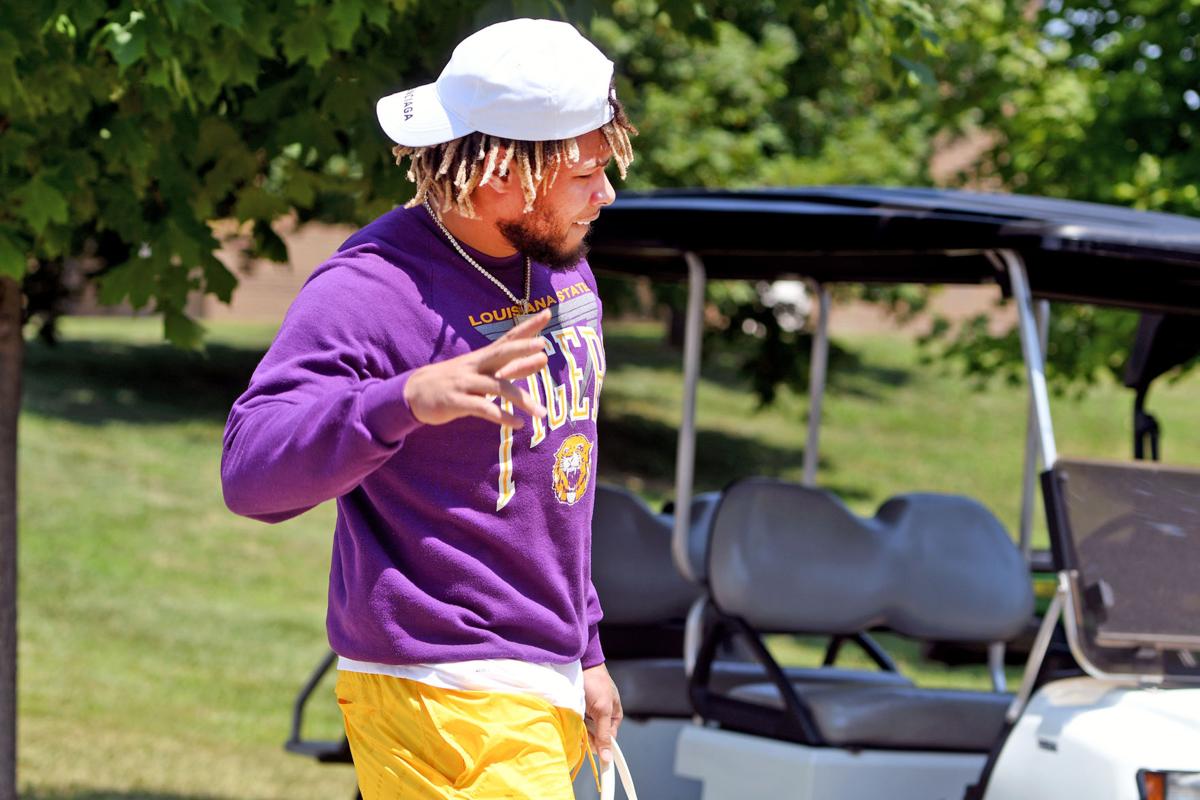 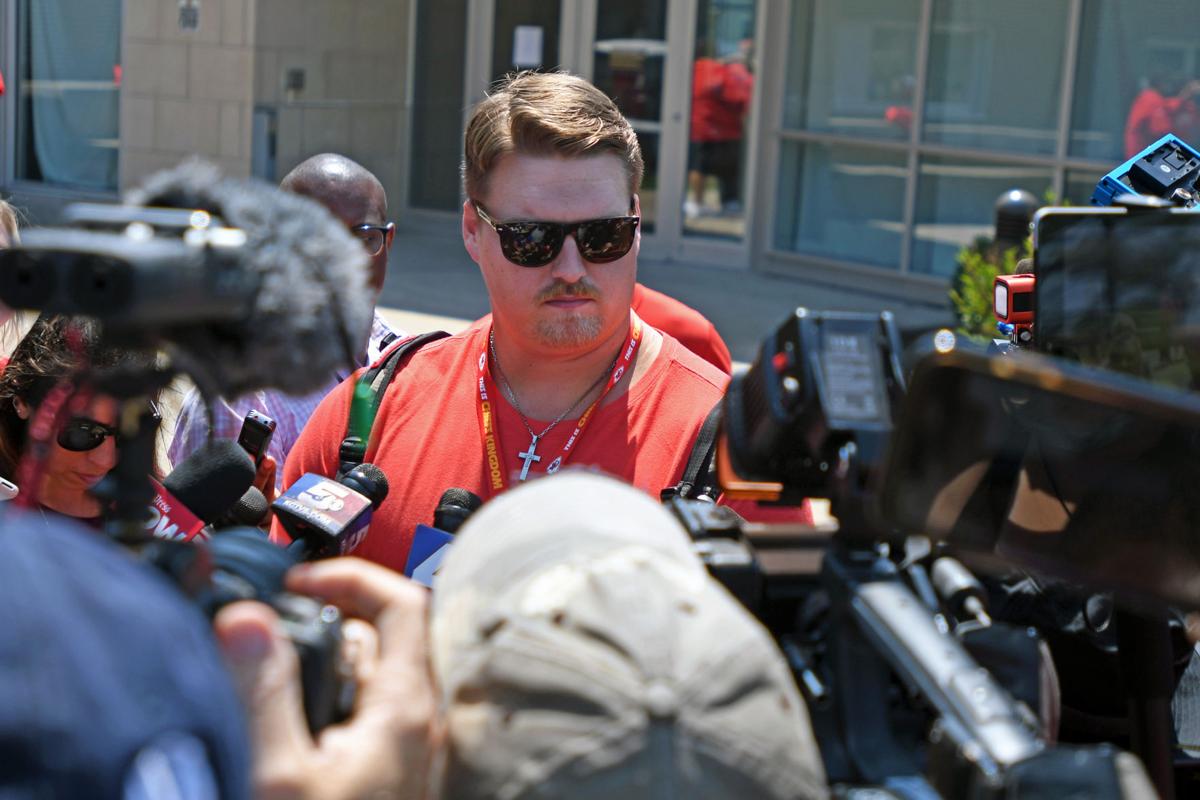 Players from tackle Andrew Wylie to safety Tyrann Mathieu showed up in the afternoon sun at Scanlon Hall.

Wylie walked up with just a bag and a foam mattress topper. He described himself as a simple guy — while wearing Gucci sandals.

“I like to keep it simple — y’all saw me walk in with just a bag or two — you know, nothing crazy,” Wylie said.

Wylie played every week for the Chiefs last season and started in the last 10 games. He said he’s excited to finally be at camp and get ready for the season ahead.

“It sounds corny, but I had a smile on my face the whole ride here,” Wylie said. “Last year was great for me. I had a great time. I had a great season. I’m just looking forward to doing it again.”

Punter Dustin Colquitt is entering his 15th season with the Chiefs. He said Kansas City is blessed to be able to come to camp and get ready to entertain everyone.

“God blessed us to be in this position to check into a training camp and do something that we love for a living,” Colquitt said. “We have to entertain the country and, obviously, Chiefs Kingdom number one.”

Wylie said all of the Chiefs are driven to get camp started. After losing in the AFC Championship, he said it hurt and it motivated everyone to get back there again this year.

“We’re just coming back this year with that same level of tenacity,” Wylie said. “It drove us all a lot because we know how close we were to going to the Super Bowl and had a fighting chance to taking home a ring. We’ve got a great team again this year, so we know we’re right there.”

One of the highlights from the offseason is that bond the Chiefs have created. Mathieu, who joined the Chiefs in March during his free agency, tweeted Thursday that this Chiefs team is the most fun team he’s played on since his trip to the NFC Championship with the Arizona Cardinals since 2015.

The entire defense is new, all the way up to the defensive coordinator. Wylie, a primary blocker for quarterback Patrick Mahomes II, has seen what this defense is capable of.

“Camp’s about to be real,” Wylie said. “The defense — especially that defensive line — is really coming, they’re flying around.”

Kris and Kates under new ownership

The city is hosting the Red Rally to kick off Chiefs camp. Watch our livestreams of the event from the ground and up above.