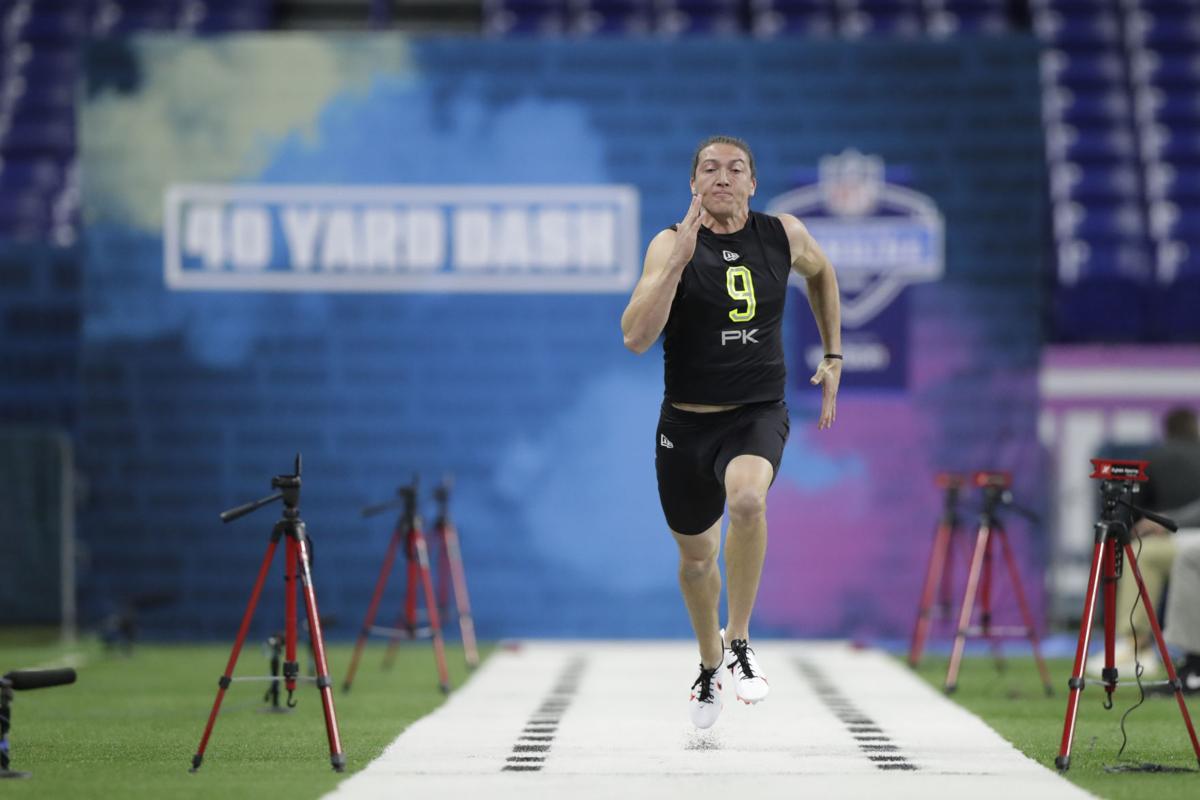 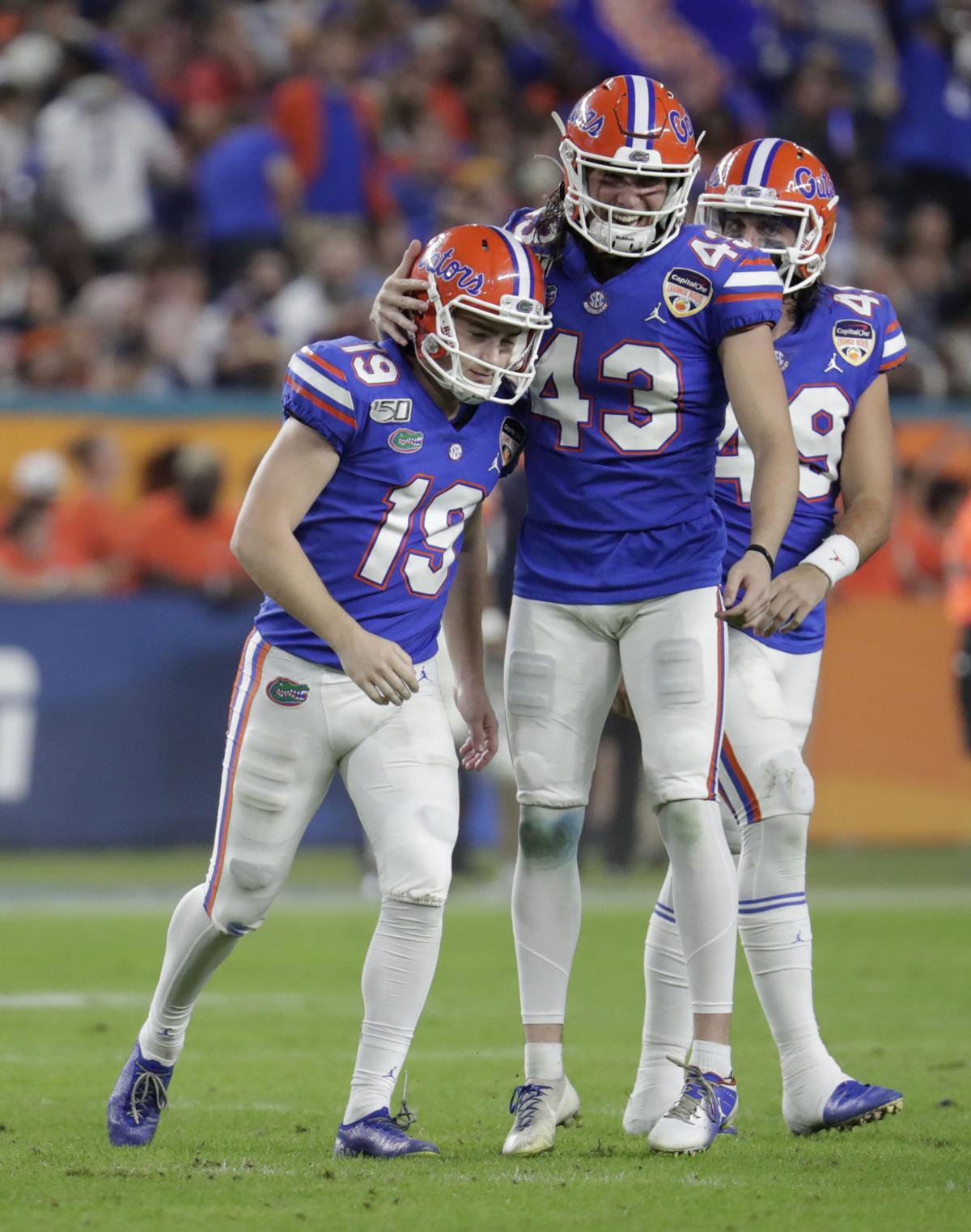 Florida place kicker Evan McPherson is congratulated by punter Tommy Townsend after kicking a field goal during the second half of the Orange Bowl against Virginia in 2019 in Miami Gardens, Florida.

Florida place kicker Evan McPherson is congratulated by punter Tommy Townsend after kicking a field goal during the second half of the Orange Bowl against Virginia in 2019 in Miami Gardens, Florida.

Tommy Townsend knows the standard he’ll have to live up to as he steps into the role of punter for the Kansas City Chiefs.

The undrafted rookie is expected to replace Dustin Colquitt, who the Chiefs released on April 28. He recognizes the impact the 15-year punter had on the franchise.

“I’m really excited for the chance to step in for a guy like Dustin,” Townsend said. “He’s an absolute legend. It’s exciting to have the chance to try and live up to a standard that he has set. It’s something that doesn’t scare me. It excites me. To me, it’s an opportunity to try and do what he’s done.”

This isn’t the first time Townsend has faced the task of filling the shoes of a successful punter. He stepped in to replace his brother, Johnny, as a junior at Florida.

Johnny led the country in punting average in 2016 and 2017 and is the Gators’ all-time punter in program history. He was selected by the Oakland Raiders as the No. 173 pick of the 2018 NFL Draft. He appeared in all 16 games before being waived before a brief stint with the New York Giants in August 2019.

“He was a legend at Florida,” Townsend said of his brother. “I had to come in and step into his shoes and just perform and do really well. I think I did a decent job stepping in and filling his shoes.”

Townsend spent four years at Florida after transferring from Tennessee, but only played following his brother’s departure.

Through his junior and senior seasons, Townsend accumulated 4,162 yards on 93 punts, averaging 44.8 yards per punt. His career-long punt is 71 yards, good for the seventh longest punt in Florida history.

Townsend gathered interest from several teams upon the conclusion of the draft before making the decision to sign with the Chiefs on April 25. His three-year, $2,285,000 contract guarantees $82,500 and includes a $7,500 bonus.

“I’ve been hearing amazing things about the Chiefs, the coaching staff and just the culture that the Chiefs organization brings forward,” Townsend said. “So, it was always something in the back of my mind that told me the Chiefs would be a really great spot for me, and it played out that way.”

He also has made it an effort to communicate with kicker Harrison Butker and long snapper James Winchester to build a relationship with the group. His ultimate goal is to make the transition away from Colquitt as easy as possible.

“They’ve been with Dustin for a really long time,” Townsend said. “He’s a guy that has done everything the right way. The biggest thing for me, I’m just trying to make a name for myself and become my own person. That’s what I’m really excited for.”

Punter Tyler Newsome also is on the Chiefs’ roster. The Notre Dame product signed a one-year deal with the Chiefs April 8. He competed for a spot with the Los Angeles Chargers last season.