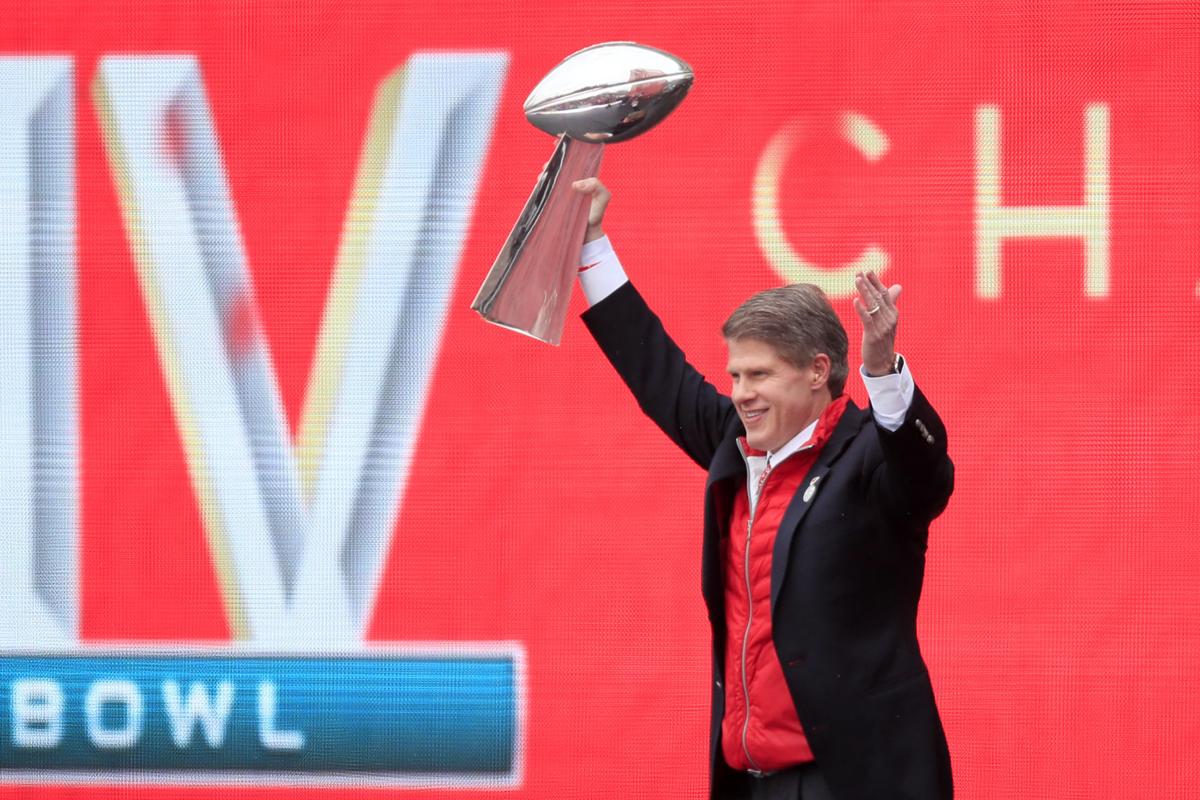 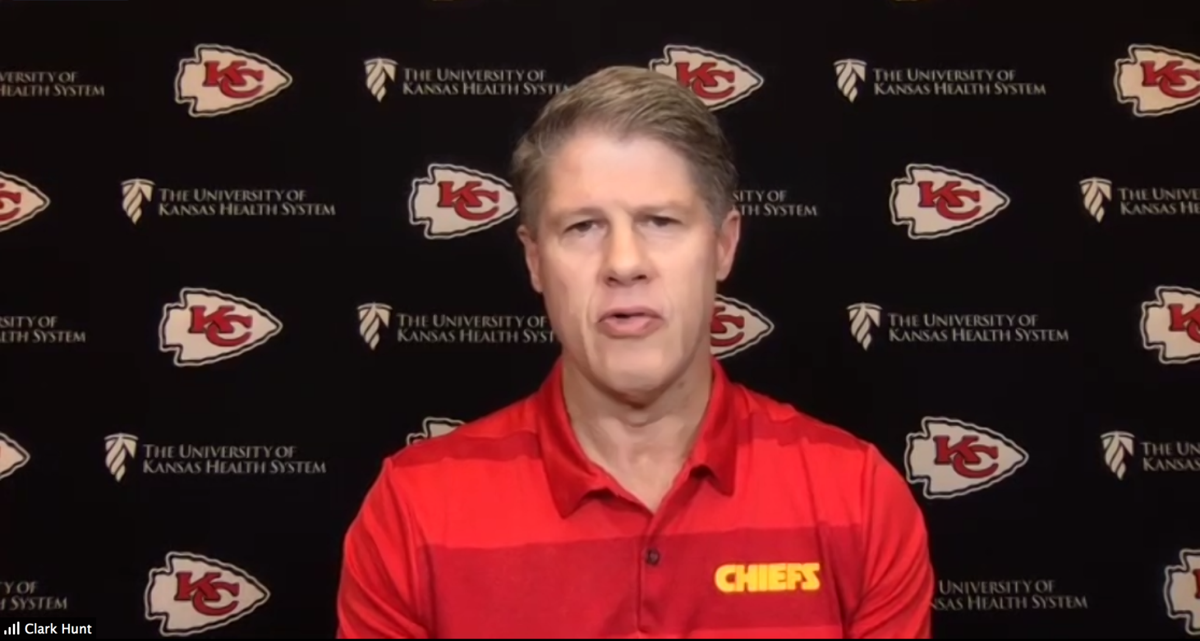 Kansas City Chiefs owner and CEO Clark Hunt speaks with reporters during a video conference before Day 3 of the 2020 NFL Draft on Saturday.

Kansas City Chiefs owner and CEO Clark Hunt speaks with reporters during a video conference before Day 3 of the 2020 NFL Draft on Saturday.

Since Super Bowl 39, no team has been able to accomplish what Clark Hunt’s franchise will try to do next season.

The owner and CEO of the Kansas City Chiefs has seen 15 teams fail to defend their Super Bowl championships since the New England Patriots won back-to-back titles.

Only seven teams have been able to claim trophies in consecutive years, but Hunt knows not all teams have what the Chiefs do.

“There’s a possibility or a tendency to have a letdown after you win a championship, after you chase something for a long time. The players and coaches, it’s very hard to come back with the same energy that you had,” Hunt said in a virtual interview with the media Saturday. “That will be our challenge, coming back with the same desire and intensity that we had last year.”

After coming up four inches short from a trip to the Super Bowl in 2018, Kansas City carried that momentum all the way to Miami a year ago. The motivation will have to be internalized elsewhere as the Chiefs chase history, but Kansas City has advantages teams of the past haven’t.

Little will change in the product in 2020, from the coaching staff to the team’s stars. A young nucleus returning 20 of 22 starters is back around Andy Reid in his eighth year leading the franchise. The coordinating and coaching staff hasn’t changed, and continuity might be more important than ever amid the COVID-19 pandemic cutting into the offseason.

“Those players are generally on the young side of their careers. A lot of them say, ‘OK, I finally got that done, I got that ring that I’ve been chasing for a long time.’ I think our guys are hungry,” Hunt said. “I also think this unusual offseason we’re having could play to our favor. Whenever we’re able to get back together and start practicing, because of the continuity we have at every level, we’re gonna have a lot of advantages that other teams have.

“Frankly, we were a little bit skeptical that we’d be able to keep as many of the guys in Kansas City as we ultimately were able to do. … They want to be playing for the Chiefs, playing with Patrick Mahomes and Andy Reid because they know they’ve got another shot this year to win a Super Bowl.”

In addition to a star-studded group including Patrick Mahomes, Tyrann Mathieu and Travis Kelce, Hunt has watched as general manager Brett Veach and his staff drafts the newest wave of Chiefs to the fold. Kansas City used the No. 32 pick of the first round of Thursday’s 2020 NFL Draft to select LSU running back Clyde Edwards-Helaire, following with Day 2 selections in Mississippi State linebacker Willie Gay Jr. and TCU offensive lineman Lucas Niang.

“They all three struck me as players who were very eager to get in as soon as they can and get to work,” Hunt said. “They’re guys that really like the game of football and I think will bring an attitude that will mesh very well with our locker room.”

With all three projecting to have the ability to contribute immediately, the mentality of having them help on another championship run is well in the forefront of the owner’s mind.

“Our goal every year is to win the Super Bowl,” Hunt said. “I think Andy has stated already that he wants to be back there on the stage at Union Station next February.”

With stay-at-home orders and social distancing being the norm as of late, the effect it will have on the NFL is already being felt. Teams recently began offseason activities virtually, and the NFL stated facilities won’t open until officials deem all teams are able to return to work.

With training camp set to return for an 11th year at Missouri Western in St. Joseph, Hunt admits that’s no longer a certainty in 2020.

“It’s hard to say what would happen with training camp. I hope we’re able to be up there in St. Joe, and that’s our plan right now,” Hunt said. “There’s a scenario, probably, where that’s not possible.”

The Chiefs and Western agreed in February to a three-year deal with two more optional years. Kansas City has held the past 10 training camps in St. Joseph.

Even past the offseason, Hunt said the NFL plans to address plans for the season, possibly without fans, following the draft.

“I know it’s something the league has been thinking about. Once we get past the draft, I’m sure it’s something we’ll start discussing at the committee level first and then as an entire ownership,” Hunt said. “It will only be prudent to have some contingency plans because we just don’t know how the pandemic is gonna play out over the next three to four months.”

Lining up the money for Patrick Mahomes

When asked about a possible upcoming contract for Mahomes, entering the fourth year of his rookie contract, Hunt reiterated a new deal is a priority.

The Chiefs could pick up a fifth-year option on Mahomes, though the deadline is May 3. He is expected to sign the richest deal in NFL history.