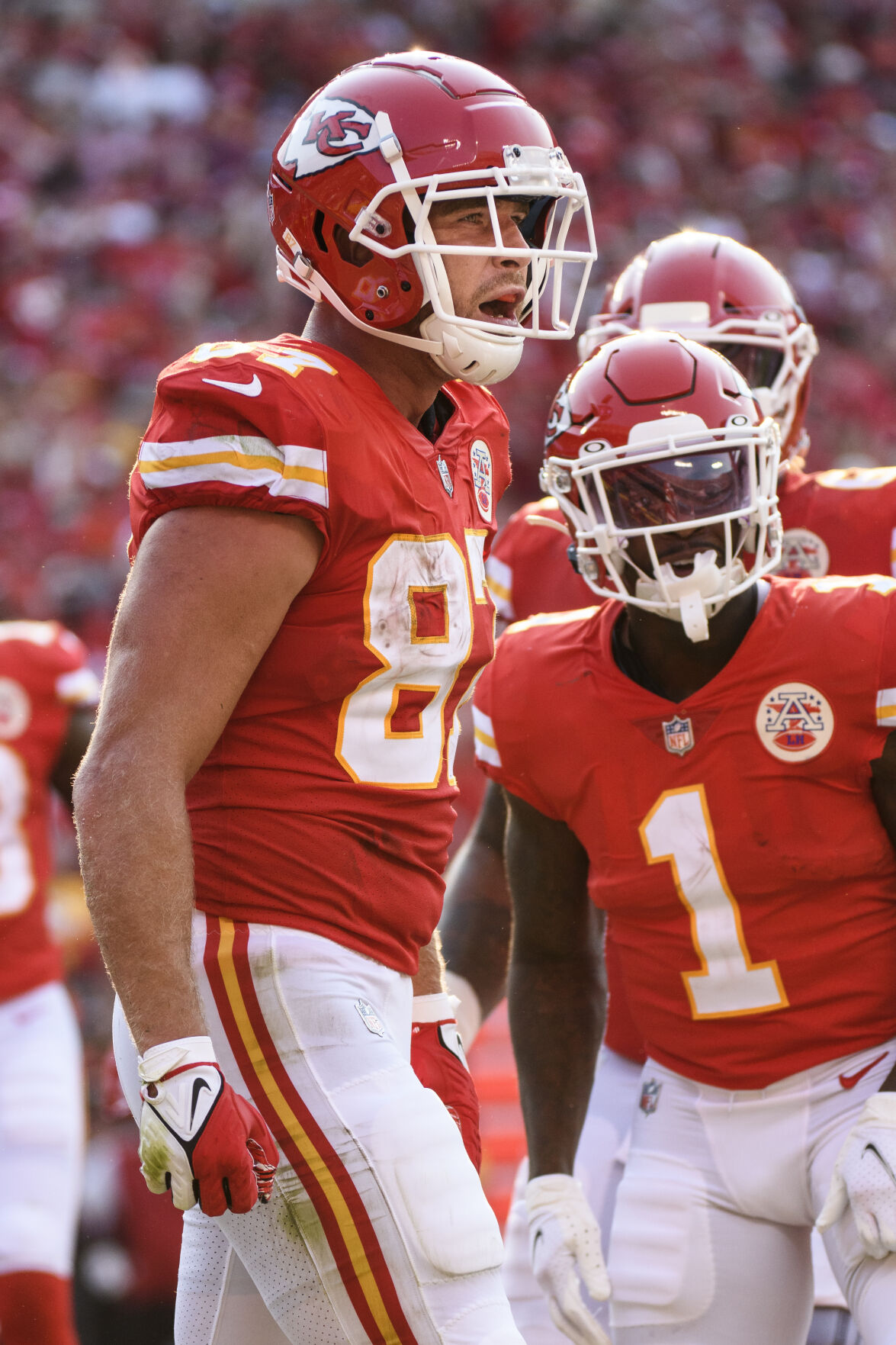 Kansas City Chiefs tight end Travis Kelce celebrates a touchdown against the Cleveland Browns during the second half of a game on Sept. 12 in Kansas City, Missouri. 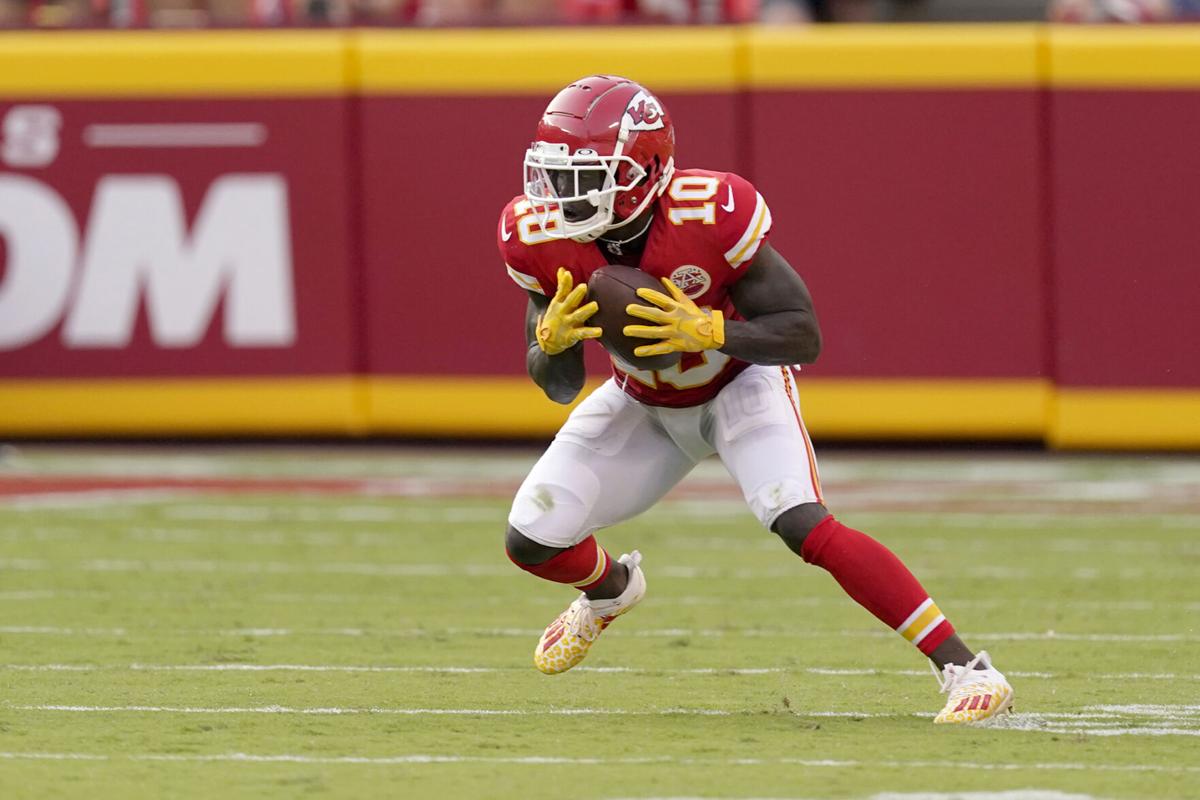 Kansas City Chiefs wide receiver Tyreek Hill catches a 75-yard touchdown pass during the second half against the Cleveland Browns on Sunday in Kansas City, Missouri.

Kansas City Chiefs tight end Travis Kelce celebrates a touchdown against the Cleveland Browns during the second half of a game on Sept. 12 in Kansas City, Missouri.

Kansas City Chiefs wide receiver Tyreek Hill catches a 75-yard touchdown pass during the second half against the Cleveland Browns on Sunday in Kansas City, Missouri.

In the eyes of Mecole Hardman, there’s no need to fix what isn’t broken.

Playing alongside two of NFL’s top pass catchers in Tyreek Hill and Travis Kelce, Hardman is steadfast on playing his role regardless of the number of balls thrown his way. As evidenced in 22 of 34 targets finding their way to the aforementioned receivers last week, the Chiefs seem confident in the formula early in the new year.

“I had three catches on three targets. I did my job, that’s all you can ask for,” Hardman said. “I don’t know what else to ask for. I think people have to realize we have the best tight end in the league and the best receiver in the league, so who am I to try to take targets away from those guys? That’s just being selfish honestly.”

A year ago, Kelce demanded 145 targets with Hill not far behind with 135. That was more than double the next closest in 2020, which happened to be 62 from Hardman and 59 from Demacrus Robinson, who both played in all 16 games with Sammy Watkins limited to 10 appearances.

The focus on the shifty tight end and speedy wideout worked as both finished in the top five in receiving, combining for nearly 2,700 yards and 26 touchdowns — more than half of Mahomes’ season totals.

“They know that they’re worked in. Sometimes it just doesn’t work out where they get the ball, but there are other games here where they’ve had huge plays,” Reid said. “D-Rob’s won games for us with big catches and Mecole has, so it’s not a thing that we set all the plays for those other two, it’s just sometimes that’s the way it works.”

Reid’s point has proved true in the past. Twice has Hardman tallied games with nine targets with two career games with more than 90 yards and a touchdown over his first two-plus years. Robinson also has two games with 10 and nine targets and has two career-high games with 172 yards and 89 yards, scoring three times between the games.

When Hardman’s time comes, whether it’s Sunday night in Baltimore or not, he remains prepared.

“Whenever I get a chance to make a play when the ball comes my way, I’m going to take advantage of it,” Hardman said. “As long as we’re winning and doing everything we got to do, I have no problem with anything.

“By all means throw it to them because if you can’t guard them, give them the ball.”