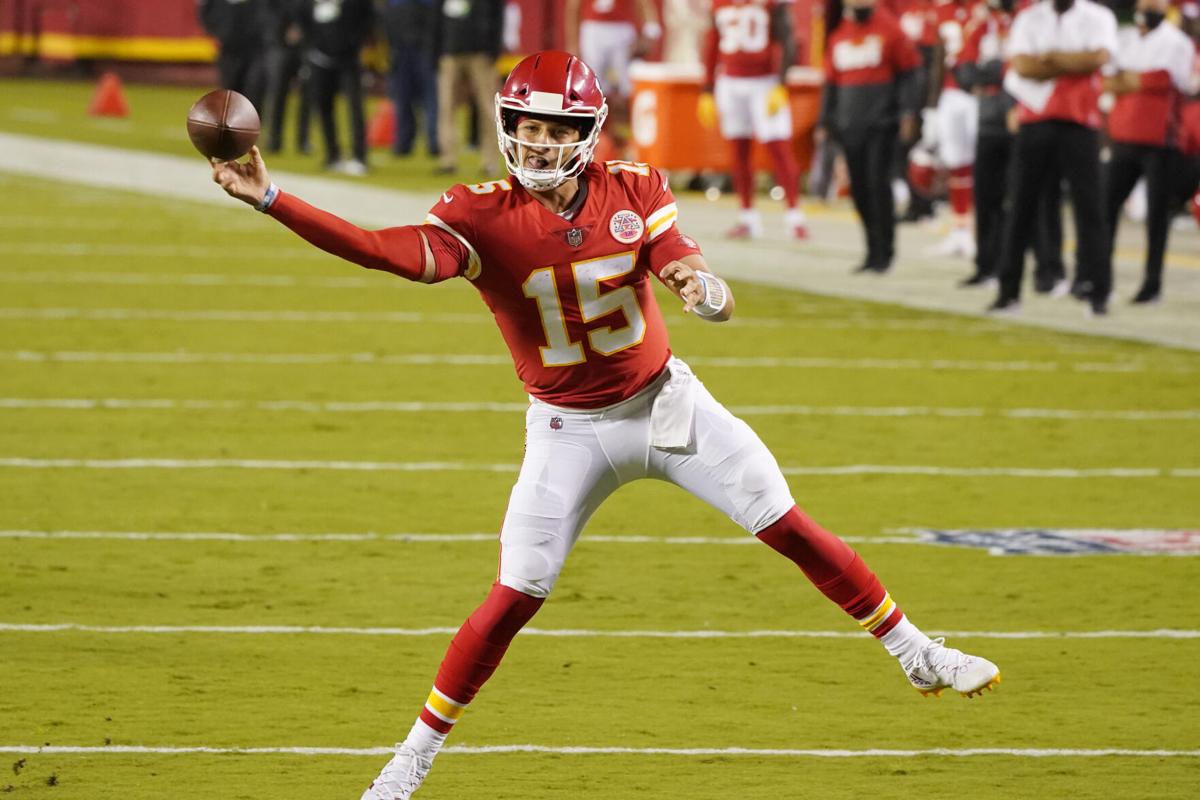 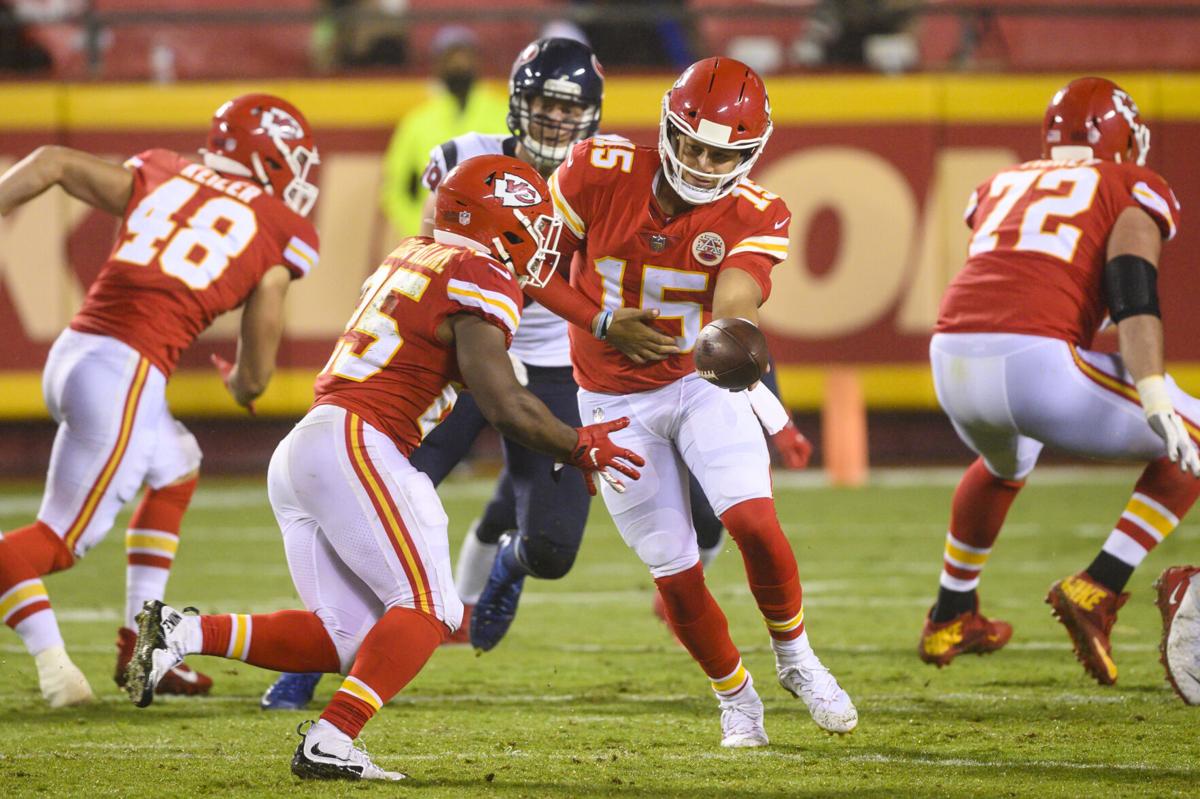 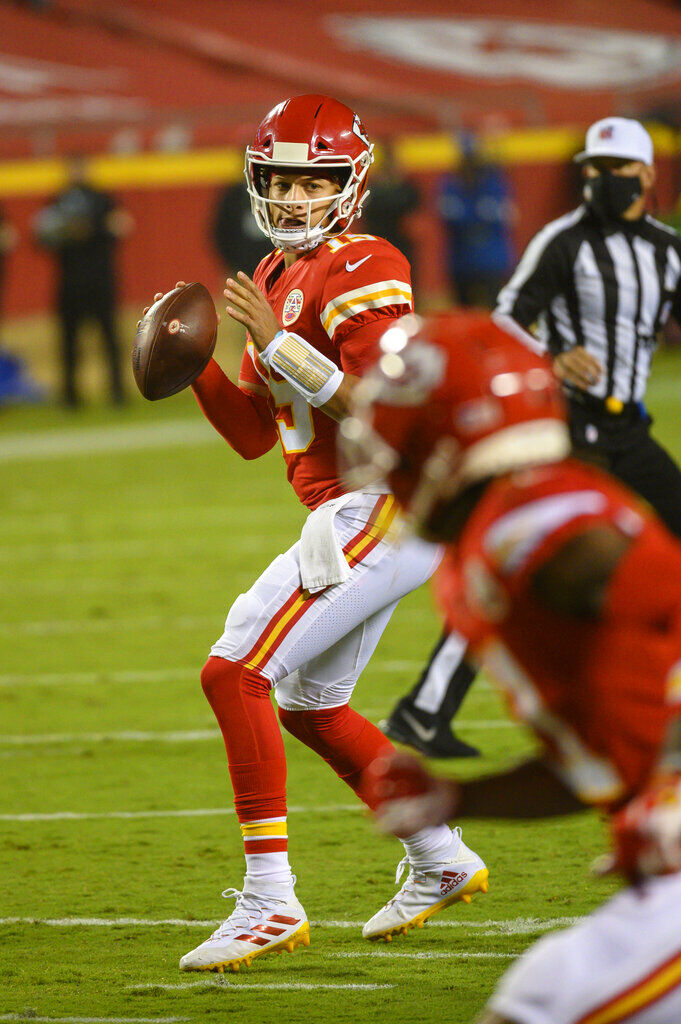 Sporting a Kansas City Monarchs jersey after a 34-20 win against the Houston Texans, Patrick Mahomes is at ease.

Speaking with reporters over a Zoom video conference, the third-year starter is his typical confident and mannered self following an otherwise routine offensive night. Capable of putting up league-high numbers any given week, the NFL’s opening night didn’t need the same pop from the Super Bowl-winning offense.

“We can change within games. We can go through our game plan and find ways to score and find ways to move the ball down the field and today it was running the football and taking the short passes,” Mahomes said.

The Super Bowl MVP completed 24 of 32 passes for 211 yards and touchdowns to three different receivers, with two other passes dropped in the end zone for surefire touchdowns. It’s his fewest passing yards against a non-divisional opponent, though his 75% completion percentage was the fifth-best of his career.

The Chiefs offense often took what the Texans defense gave up — playing deep zone coverage and allowing underneath passes, leading to seven catches, 82 yards and a touchdown by Sammy Watkins. Clyde Edwards-Helaire added 128 yards and a score on the ground.

“They changed it up a lot,” Mahomes said. “They did a lot of stuff at the line of scrimmage and then they kind of stayed back and kept safeties back and they put a guy over 10 pretty much the whole entire game and so I think that’s what makes this offense so good.”

Tyreek Hill, Travis Kelce, Robinson and Watkins each benefited in a balanced target share with each receiving at least six passes thrown their way and Kelce and Hell tallying touchdown receptions.

“I think what you see is a maturity where he’s not forcing things downfield,” Andy Reid said. “So, as a play caller, if (offensive coordinator Eric Bieniemy) and I sit there and we go, ‘We can call deep throws, but you had Hill,’ he’s willing to check this thing down. So, we appreciate that, and he still trusts his guys to make plays.”

Mahomes time and time again got rid of the ball early after the snap, helping an offensive line that shuffled in the offseason to limit pressure. Mahomes was hit just three times and sacked just once on the game’s opening drive, and he didn’t attempt a rush in the opener.

It’s an area the Chiefs might have to focus on in Week 2 when they travel to Los Angeles to face a Chargers defense that is among the league’s best. Since making his first appearance as the full-time starter against the divisional rival in 2018, Mahomes hasn’t thrown for more than 243 yards with four touchdowns and two interceptions in three games. The Chargers have only corralled Mahomes for three sacks in that span, though the combination of Joey Bosa, Melvin Ingram and Company are always a threat to wreck a gameplan.

“I think whenever we get to the Chargers next week, we’ll play another great defense, and we’ll have to find a way to move the ball and score that week as well,” Mahomes said.