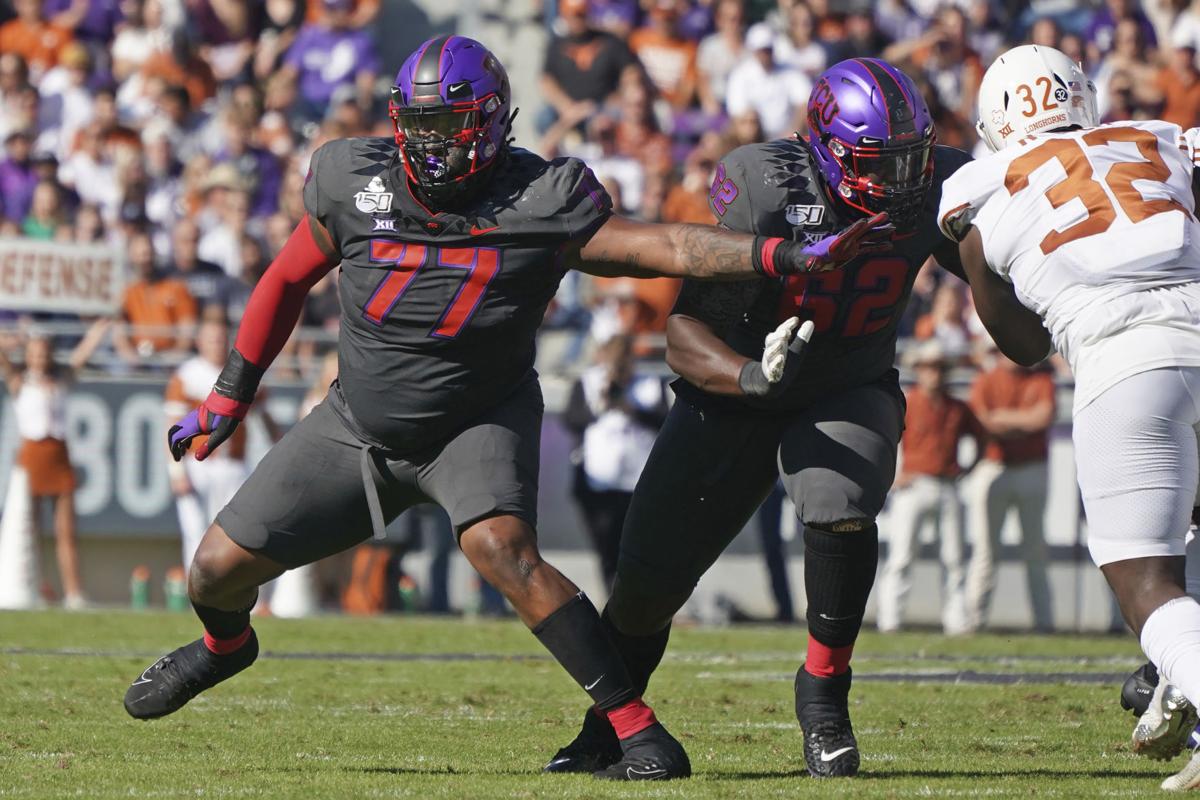 TCU offensive tackle Lucas Niang (77) is pictured against in Fort Worth, Texas in 2019. 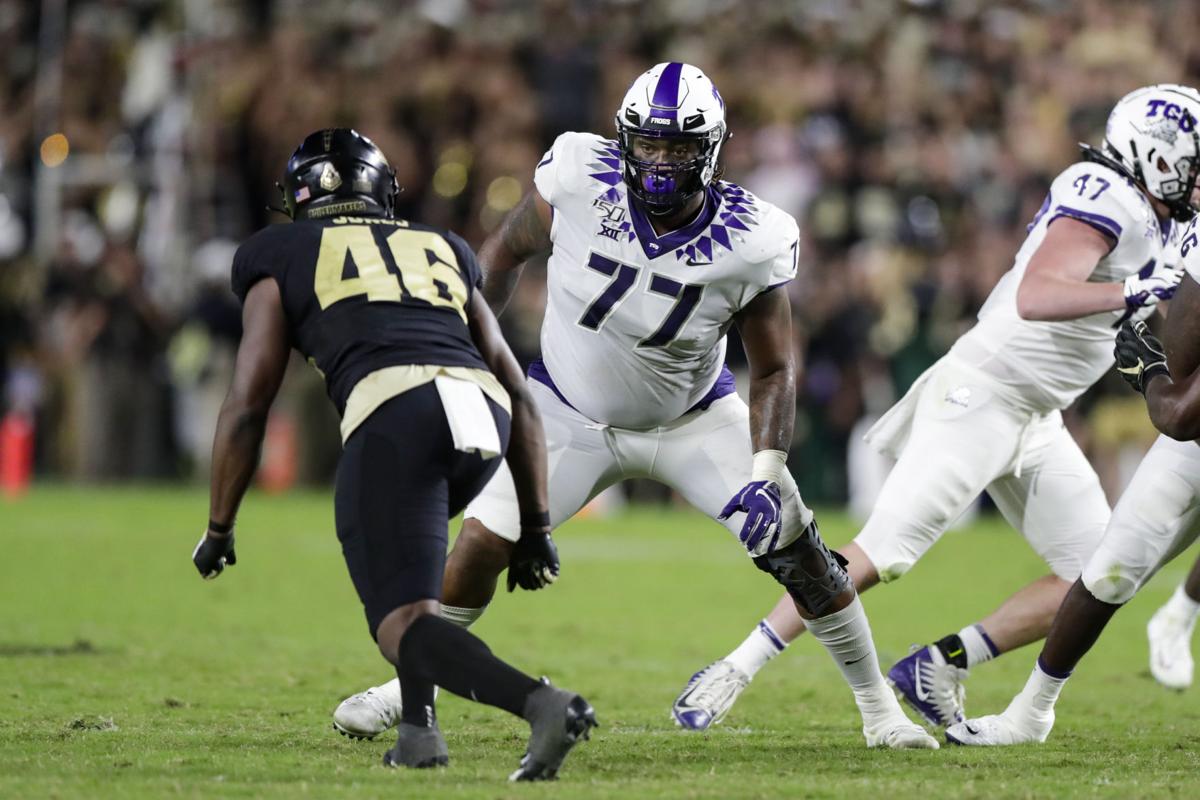 TCU offensive tackle Lucas Niang (77) plays against Purdue during the second half in 2019.

TCU offensive tackle Lucas Niang (77) is pictured against in Fort Worth, Texas in 2019.

TCU offensive tackle Lucas Niang (77) plays against Purdue during the second half in 2019.

The Kansas City Chiefs used their third selection of the 2020 NFL Draft to protect Patrick Mahomes and pave the way for first-round running back Clyde Edwards-Helaire.

Kansas City selected TCU offensive lineman Lucas Niang with the 96th overall pick in Round 3 on Friday, bringing in a starter at right tackle for the Horned Frogs.

He became a starter at TCU as a sophomore and earned All-Big 12 honors as a junior. He suffered a torn labrum in his hip as a senior, seeing his season end after seven games.

“I liked them a lot and I thought the feeling was mutual,” Niang said of his conversations with the Chiefs. “The call was everything I’ve dreamed of and waited for my whole life.”

At 6-foot-6, 315 pounds, he is projected to have the skill to immediately start at guard and eventually move to right tackle when Mitchell Schwartz retires. Schwartz, 30, is in the second year of a three-year deal and has hinted at retiring at an early age.

Niang carried a second-round grade by most experts but dropped due to his injury, undergoing surgery in November. Reports are he is recovering well and will be ready for 2020.

“I knew it would (affect me). I did it my junior season. I just toughed it out and got (the surgery) when I could,” Niang said. “As soon as I can get on the field with the team, I’ll be ready to go. Just trying to get back to the old strength.”

He didn’t allow a sack in his final two seasons at TCU, rating as the highest-graded pass blocker by Pro Football Focus in 2018. Niang started all 13 games at right tackle that season.

As a sophomore, Niang became the starting right guard the final eight games. He played in 12 games as a freshman.

“He plays with top-notch awareness and instincts in pass pro, but he’s an early opener in his pass sets and I’m not completely sold he can meet edge burners at the top of the rush on a consistent basis. The medicals need to check out on the hip, but he’s a help-now right tackle prospect who should be a long-time starter,” NFL.com’s Lance Zierlein wrote in a draft profile over Niang.