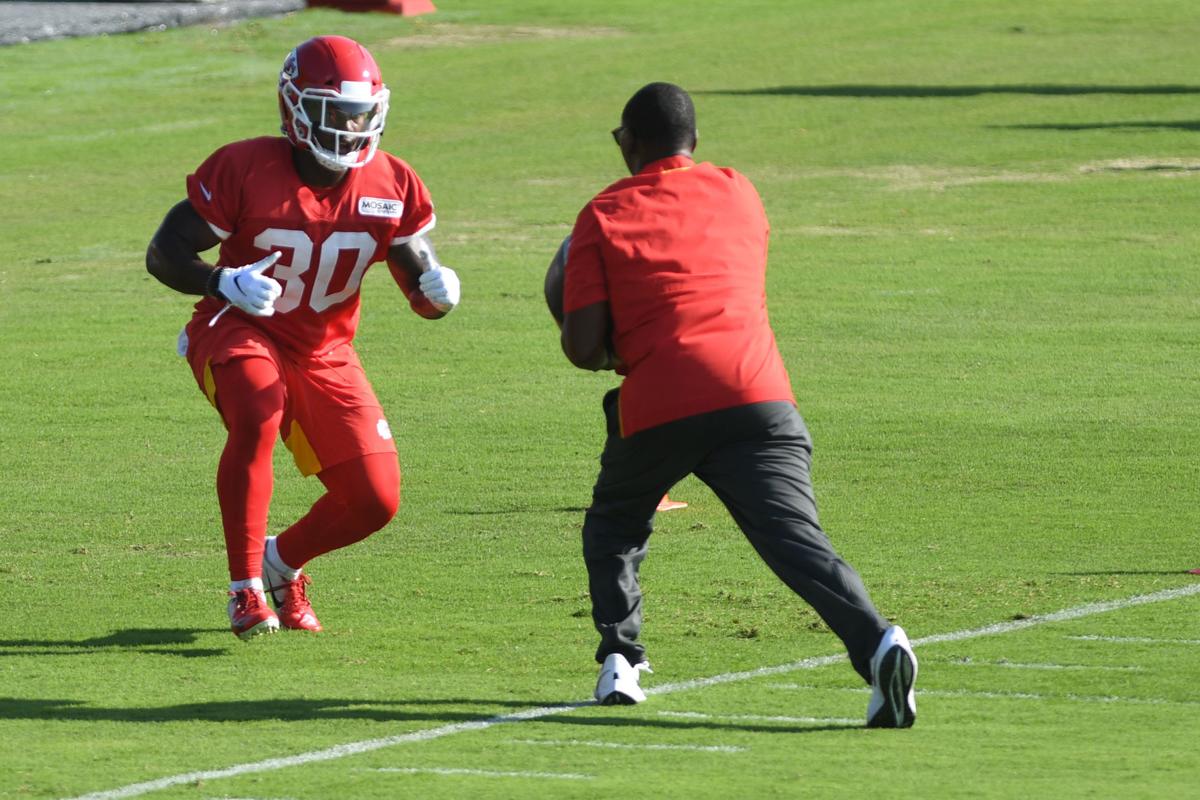 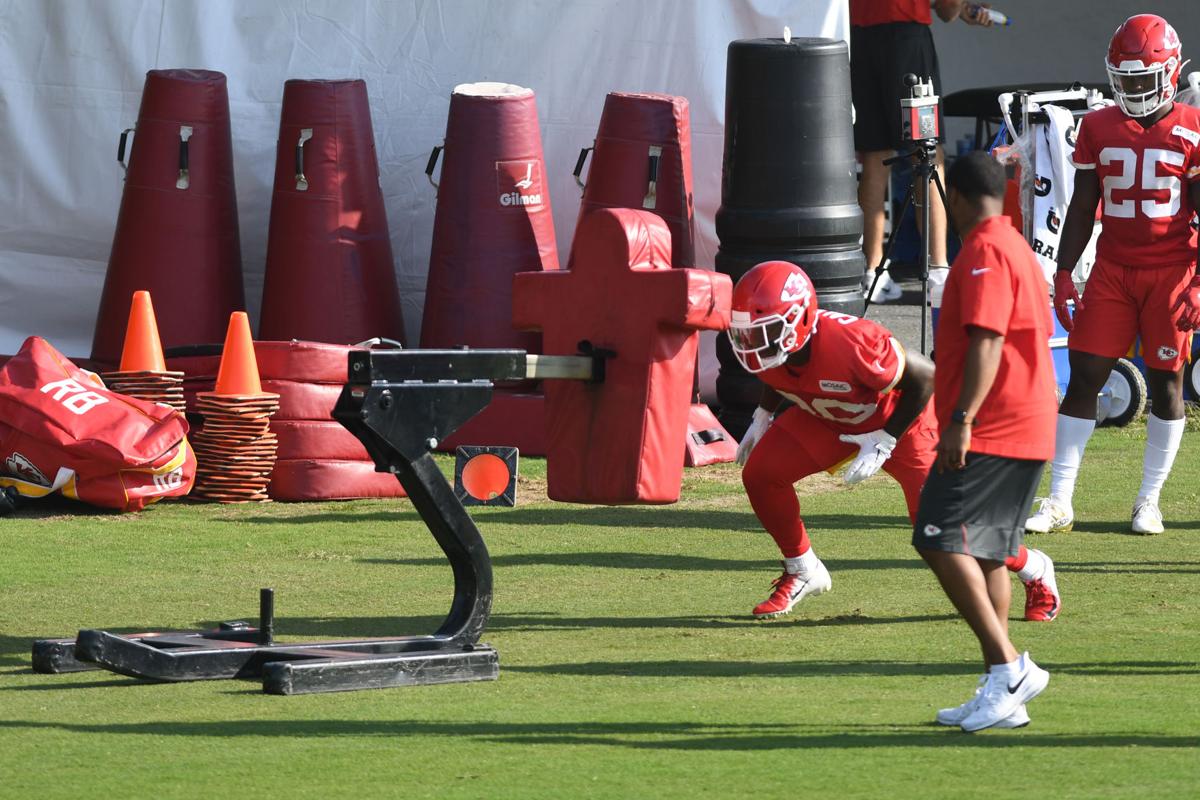 Caldwell, a native of Lee’s Summit, Missouri, and Lee’s Summit North graduate signed with the Chiefs on June 14 after earning a minicamp tryout earlier in the offseason.

He recorded a team-high 59 yards and scored a touchdown in Saturday’s preseason win against Cincinnati at Arrowhead Stadium.

He also collected a 47-yard rush in the fourth quarter to set up the score.

“I knew Coach Reid was gonna give me a chance just because I should’ve scored the first time,” Caldwell joked Saturday. “Our quarterback Chase (Litton) said, ‘If you don’t score right here, I’m gonna throw it in, so you better get in there.’ I asked my O-line to give me one hard play for me, and they delivered.”

When Caldwell plunged into the endzone, he spiked the ball into the grass and celebrated with his teammates before being congratulated on the sidelines.

“It was just like a dream come true,” Caldwell said. “You know, I’m really not supposed to be here. I’ve been through a lot in my past with the transfer and whatnot. Just to cap it off with my first NFL touchdown was a blessing.”

Caldwell was dismissed from Missouri Western in Matt Williamson’s first season, eventually graduating with his bachelor’s degree and transferring to rival Northwest Missouri State for his final season of eligibility.

His work to find a spot getting reps with the Chiefs didn’t go unnoticed.

“He works hard every single day,” Chiefs quarterback Patrick Mahomes II said of Caldwell. “When you get out there and work hard every single day, usually good things happen. You saw him make the run and before that I thought he was going to get in that time, but he got it back in his hands and figured out a way to punch it in there.

“It was definitely a special thing for him and his family. I’m glad he got to do it in Arrowhead.”

Caldwell will now become a free agent available to be picked up by any NFL team.