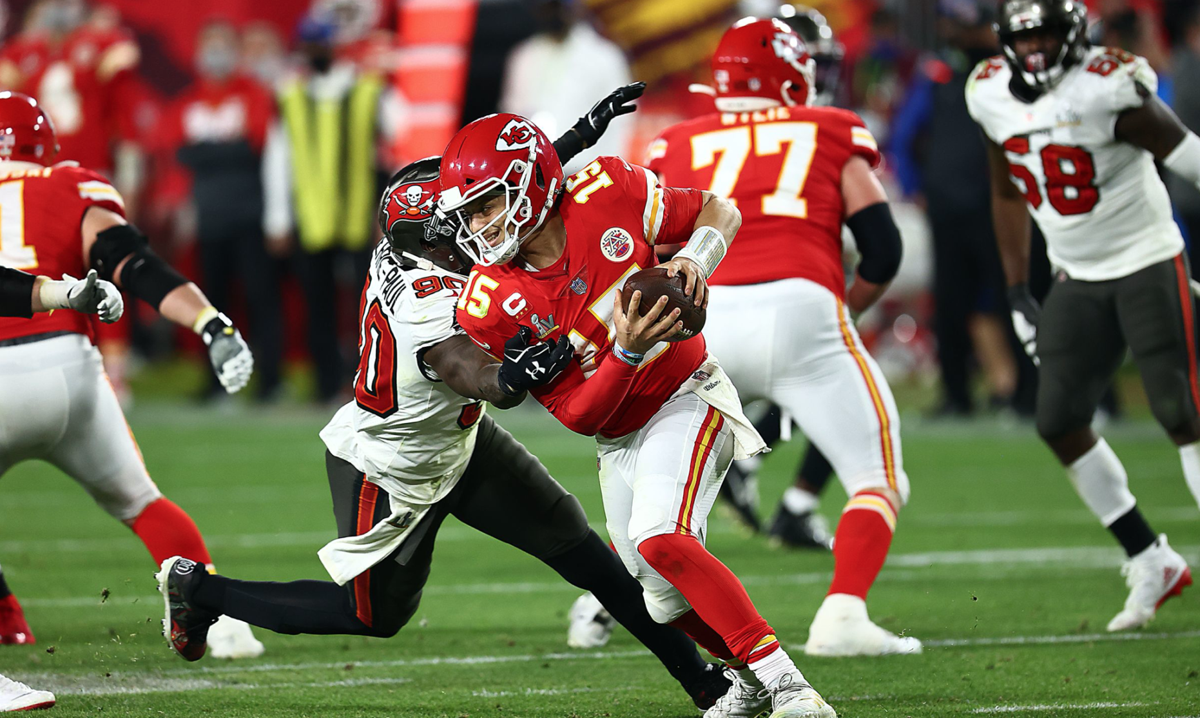 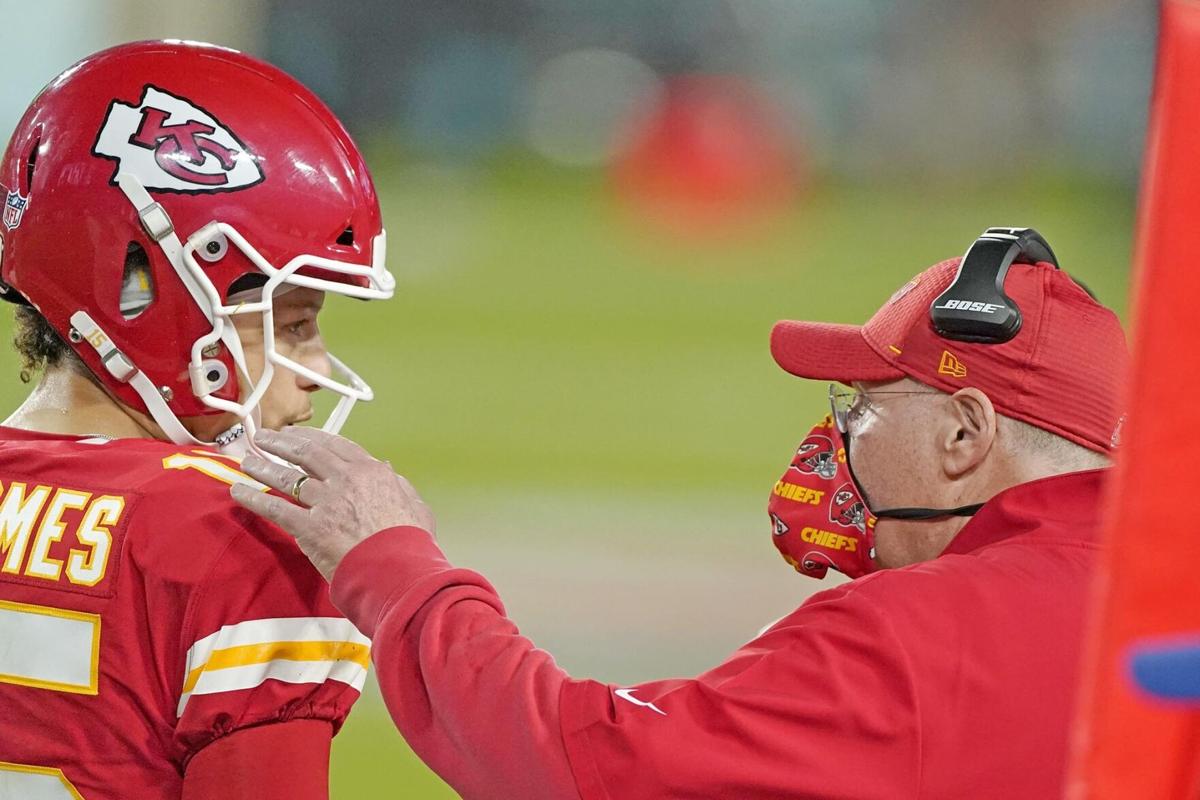 Kansas City Chiefs head coach Andy Reid talks with Patrick Mahomes during the second half of Super Bowl LV against the Tampa Bay Buccaneers on Sunday in Tampa, Florida.

Kansas City Chiefs head coach Andy Reid talks with Patrick Mahomes during the second half of Super Bowl LV against the Tampa Bay Buccaneers on Sunday in Tampa, Florida.

Super Bowl 55 has come and gone, and the Kansas City Chiefs are left on the outside looking in.

When the Tampa Bay Buccaneers squared off with the Chiefs on Sunday night, it looked like a completely different team from the one Chiefs fans have seen all year. But Chiefs quarterback Patrick Mahomes said a lot of credit goes to their opponent.

Chiefs fans are likely pointing to many things that caused the reigning champs to break down on the big stage. One is penalties. The Chiefs were flagged 11 times for 120 yards on the night. The most notable were some questionable calls on back-to-back Buccaneers drives, which led to touchdowns on both occasions.

Another thing may be the offensive line play of the Chiefs. It’s no secret that the starting unit Kansas City rolled out Sunday night was makeshift. Not a single starter in Sunday’s Super Bowl was a starter in the Chiefs’ week one win over the Houston Texans. As a result, Mahomes was pressured more times than any quarterback in Super Bowl history, being sacked three times and hit 10 times.

Despite that, Chiefs head coach Andy Reid said he doesn’t want to push any blame on the line.

“We got guys that were moved around a little bit,” Reid said. “They take great pride in their work, and they busted their tails.”

As the offseason begins, the offensive line is one aspect that many fans have called on the front office to re-evaluate. Reid says he’s confident in the group the Chiefs have, with stalwarts such as Eric Fisher and Mitchell Schwartz expected to come back, as well as Laurent Duvernay-Tardif, who opted-out at the start of the year.

“We’ll kind of get all that covered in the next couple days,” Reid said. “I don’t think the outlook is bleak by any means. We should be good there.”

Reid noted that the Chiefs will look beyond just Sunday’s game as they begin evaluations and prepare for the offseason ahead.

Perhaps the biggest piece out of contract following the season is Chiefs offensive coordinator Eric Bieniemy. Reid said he and Bieniemy have had discussions about a return, and all signs point to Bieniemy returning to Kansas City once again.

The coaching staff will need to be looked at regardless this offseason. Chiefs running back coach Deland McCullough is expected to be leaving Kansas City to become the associate head coach for the Indiana University Hoosiers. McCullough coached running backs for the Hoosiers from 2011-2016.

As Patrick Mahomes gets deeper into his career and plants his roots in Kansas City, he may be expected to become more involved in front office decisions regarding the team. When asked about this, Reid said Mahomes is perfectly fine with sticking to his on field duties for now.

“We talk, and (general manager Brett Veach) has a great relationship with him,” Reid said. “I think most of all that Pat has full trust, as I do, in Brett and how he goes about doing it.”

But Mahomes said there are certain things he hopes to work on this offseason to improve as a player.

“I thought I did a good job towards the end of the season of being more efficient. Obviously didn’t do that in the Super Bowl, but I’m going to find ways to better myself that way,” Mahomes said. “It’s something that I kind of have to battle with, as I have such an aggressive nature and want to have the big play.”

With some important off-field events shortly awaiting the 25-year-old quarterback, such as a wedding and a baby soon on the way, Mahomes said his main focus, football-wise, will be figuring out how he can improve on his and the team’s performance Sunday night.