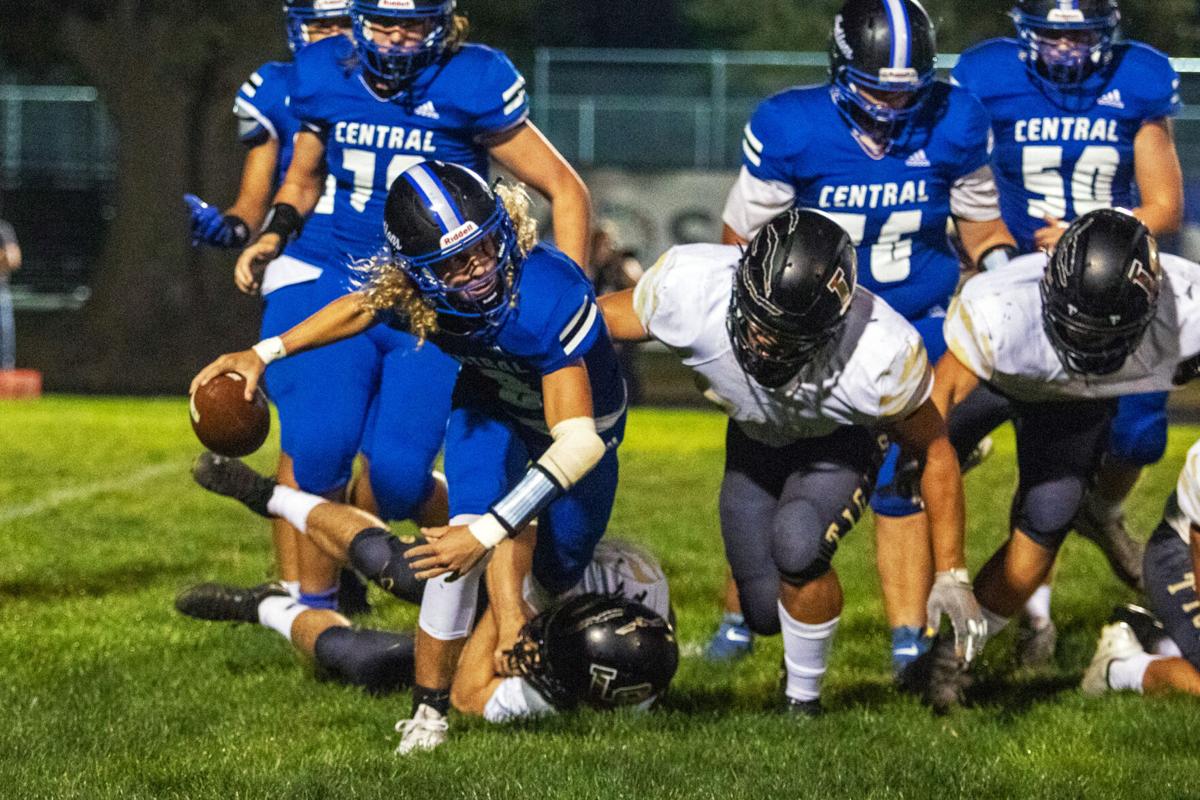 Central junior quarterback Stone Wetalufer attempts a pass while being pressured against Lee’s Summit on Friday at Noyes Field. 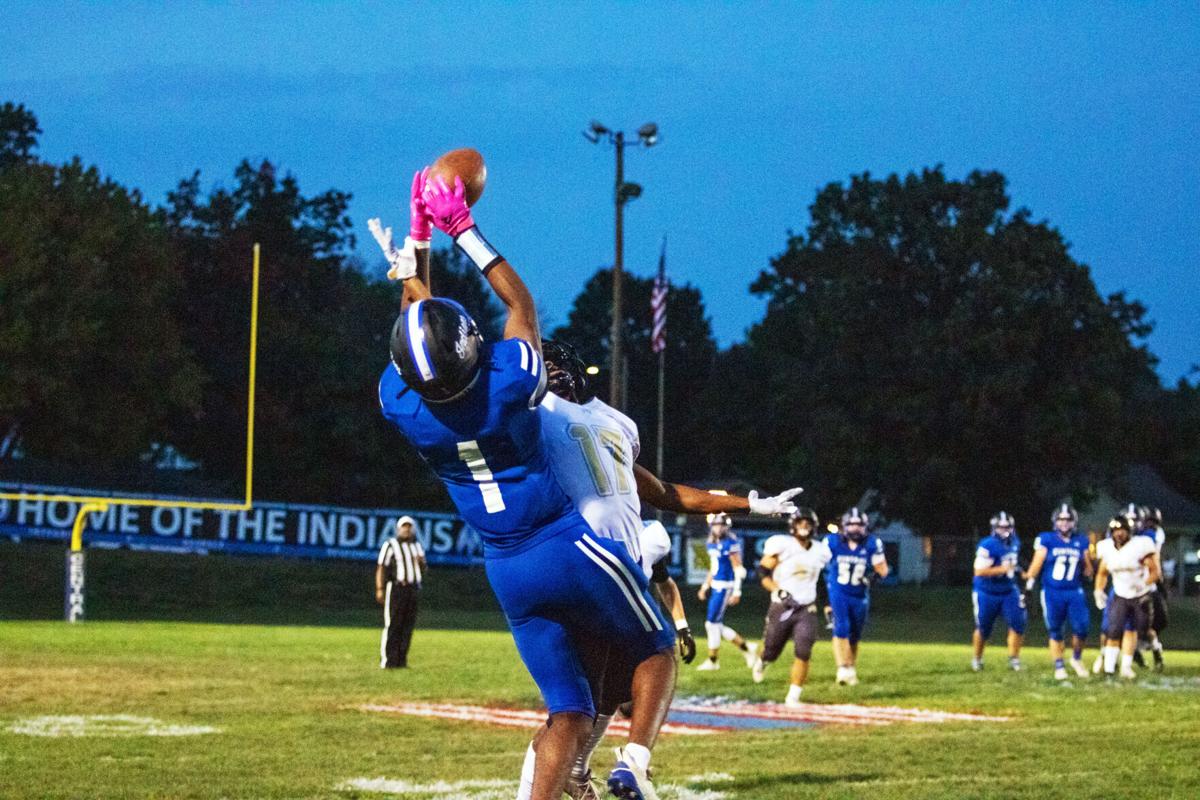 Central junior Anthony Vassar rises for a catch against Lee’s Summit on Friday at Noyes Field.

Central junior quarterback Stone Wetalufer attempts a pass while being pressured against Lee’s Summit on Friday at Noyes Field.

Central junior Anthony Vassar rises for a catch against Lee’s Summit on Friday at Noyes Field.

When Central football lined up against Suburban Red Conference foe Lee’s Summit Friday night, the Indians were hoping to cap off the school’s week of homecoming festivities with a victory.

Those hopes were squandered, and the Tigers left Noyes Field with a 56-14 win.

After Central’s offense stalled at its own 44 on the game’s opening drive, Lee’s Summit junior quarterback Elijah Martinez converted a fourth-and-7 at midfield to keep the Tigers’ first possession of the game alive.

He put the punctuation on that drive, too, finding junior wideout Joshua Manning for a 13-yard touchdown to give Lee’s Summit a 7-0 lead with 8 minutes and 2 seconds left in the first quarter.

Martinez wasn’t never supposed to play in the game, or at least Central didn’t think so. The dual-threat quarterback sat out during the Tigers’ Week 6 win against North Kansas City.

He played against the Indians, though, and made his mark on the game, as he finished with five touchdown passes.

“I was ready for whoever played quarterback,” Trotter said. “It was nothing that was overly special with either one of them, it was just a matter of us having to tackle people.”

Martinez paved the way for Lee’s Summit (3-4) to carry a 35-0 lead into the half, one that ballooned to 42-0 on the opening drive of the second half.

The Indians (1-6) were quick to respond to that, as junior quarterback Stone Wetlaufer found senior wideout Will Halsey for a 46-yard touchdown less than two minutes later to make it 42-7 with 8:28 left in the third quarter.

Central used the ensuing kickoff to attempt an onside. The Indians recovered.

The very next play, Wetlaufer connected with freshman running back Gabe Fields, who took the short-yardage completion and turned it into a 44-yard, catch-and-run touchdown.

“Coming out of halftime, we were all pumped,” Central junior wideout and defensive back Anthony Vassar said. “We just wanted to get back in this game and fight.”

Despite the sliver of hope, those were the last points Central scored for the remainder of the game.

“(Lee’s Summit) is a really good squad,” Vassar said. “I’ll give them all the credit. They did what they were supposed to do — disciplined. We’ve just gotta play better.”

But the Tigers’ lofty win wasn’t due to anything they did especially well, Trotter said. Instead, the fourth-year coach believes it was everything his team did especially wrong.

That’s been the theme for the Indians throughout much of the season. Even in their win against Lafayette, Trotter said, they didn’t play as well as they could’ve.

Central was able to escape that matchup with a win. It wasn’t close to doing that in Week 7.

Now, Trotter and the Indians will prepare for another conference matchup; this time, it’ll be against the Staley Falcons, who took down Oak Park 35-28 in Week 7 to improve to 2-4 on the season.

“It’s one of those deals where, eventually, we’ve gotta step up and play like I know we’re capable of,” Trotter said.

Jon Walker can be reached at jon.walker@newspressnow.com