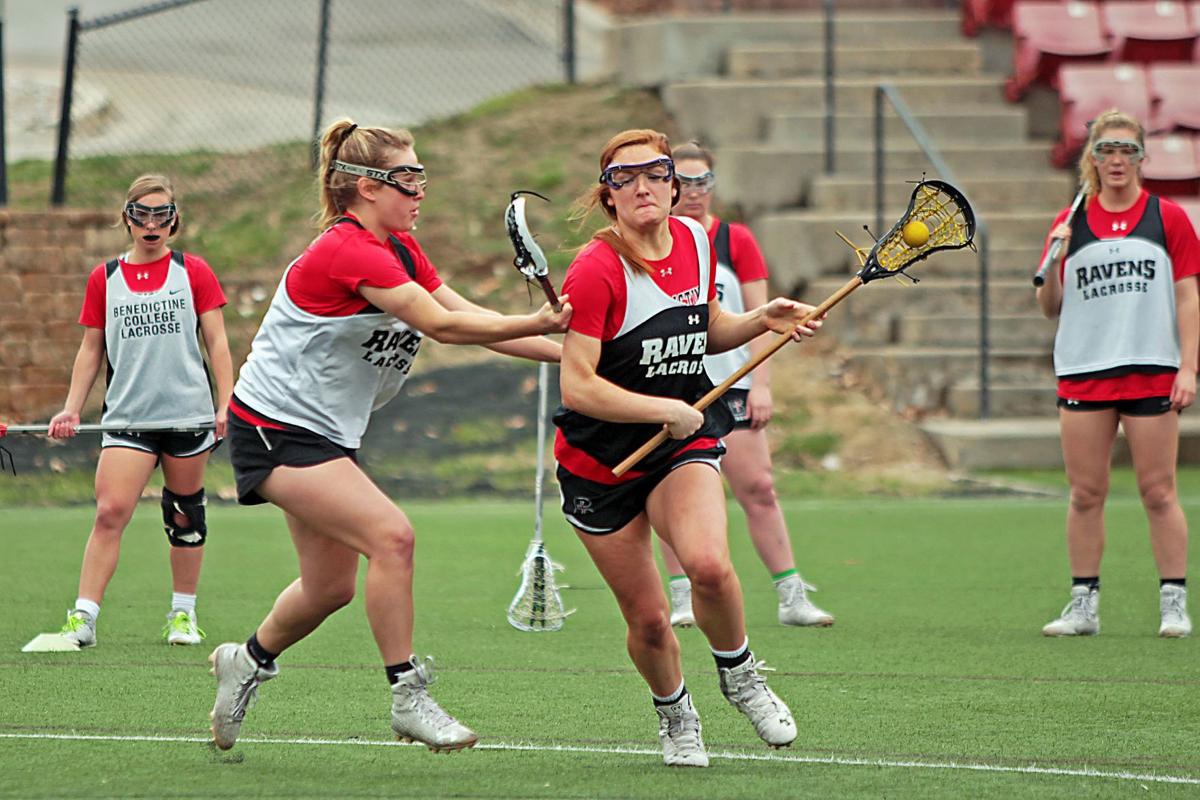 Benedictine freshman Aidan McEnerney runs with the ball on Thursday at practice. 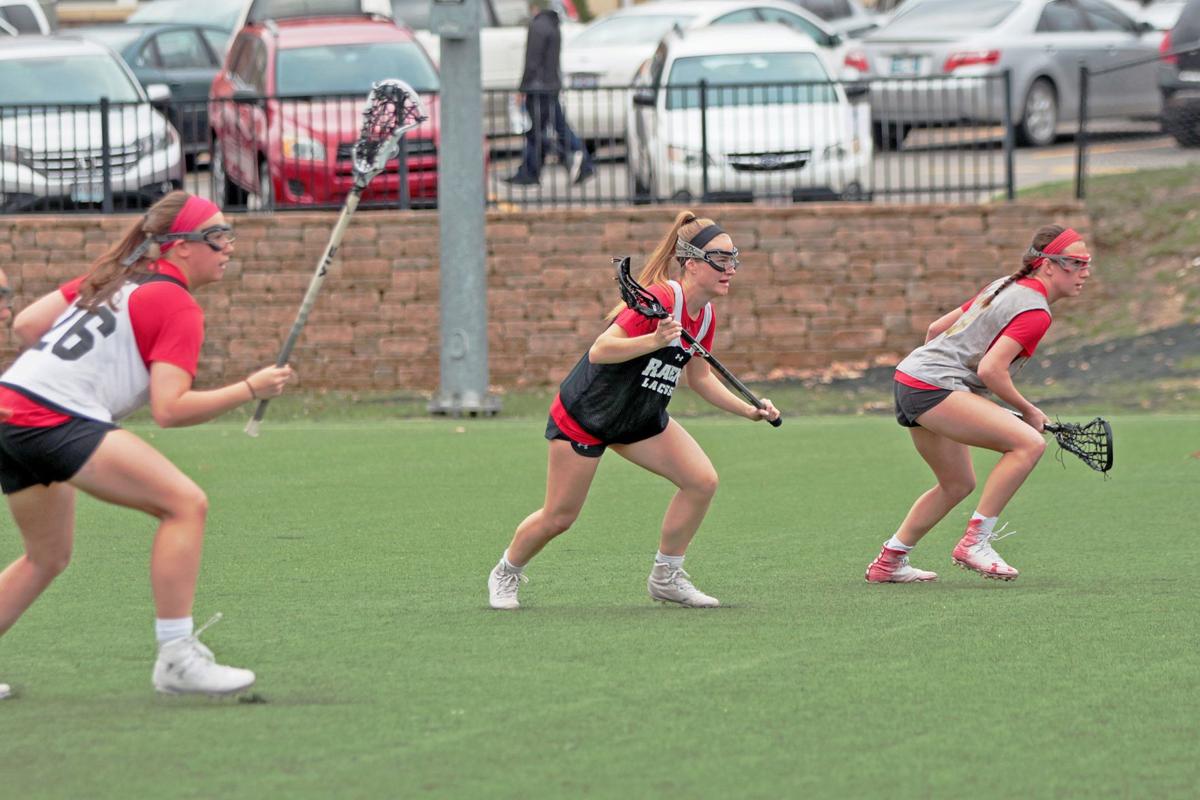 Benedictine freshman Aidan McEnerney runs with the ball on Thursday at practice.

The No. 2 Ravens remain undefeated this season with an overall record of 11-0 and a conference record of 4-0.

“It’s been a long road to get here and to be so successful,” Benedictine coach Amanda Magee said. “That first year, we felt lucky to win any game and now it’s something that’s expected.”

Magee was introduced as the first Benedictine women's lacrosse head coach in 2015. Since then, she has guided the team to an overall record of 33-10.

The Ravens have a young team this season, with no seniors on the squad. Benedictine's leading scorer is a freshman, Natalie Wechter, with 43 goals.

“I’m really grateful for the younger classmen because they are latching onto the culture and taking charge in being leaders in themselves,” Benedictine captain Mary McEnerney said.

Benedictine junior and captain Kacey Moore believes the team’s chemistry as well as their physical strength has transformed over the years.

“Compared to my freshman year, we didn’t really lift as much,” Moore said. “We’re able to transition so quickly and our recovery time is really quick too.”

The team picked up it’s second KCAC shutout win with a 27-0 victory over Midland on Wednesday. The win set a new program record for single-game scoring.

“We have a lot of girls who can go to goal fearlessly and that’s what makes our offense so good,” said team captain Mary McEnerney.

The Ravens were regular season conference champions in 2016, 2017, and 2018. The women were also conference tournament champions last year, which earned them an automatic bid to the National Invitational Tournament. Benedictine, then the No. 8 seed, lost in the first round to No. 1 Savannah College of Art and Design.

“It was probably the best thing we could ask for to go into nationals and play the number one seed and see what it takes to get to that level,” Magee said.

Magee said she wouldn’t be surprised if the Ravens meet No. 1 SCAD in the final round of the national tournament this season.

The Ravens host St. Ambrose University at 11 a.m. Saturday at the BC Athletic Complex. The Ravens will hold their Senior Day ceremony prior to the game.