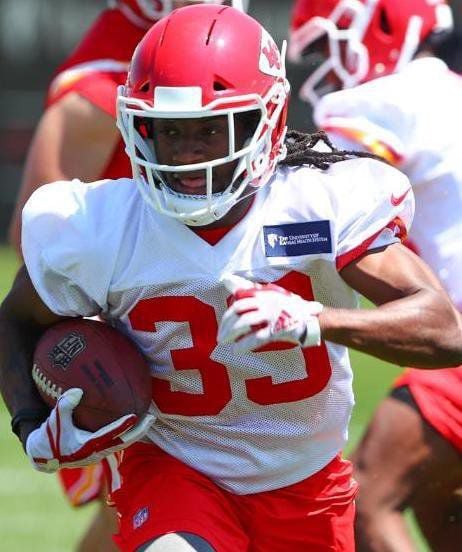 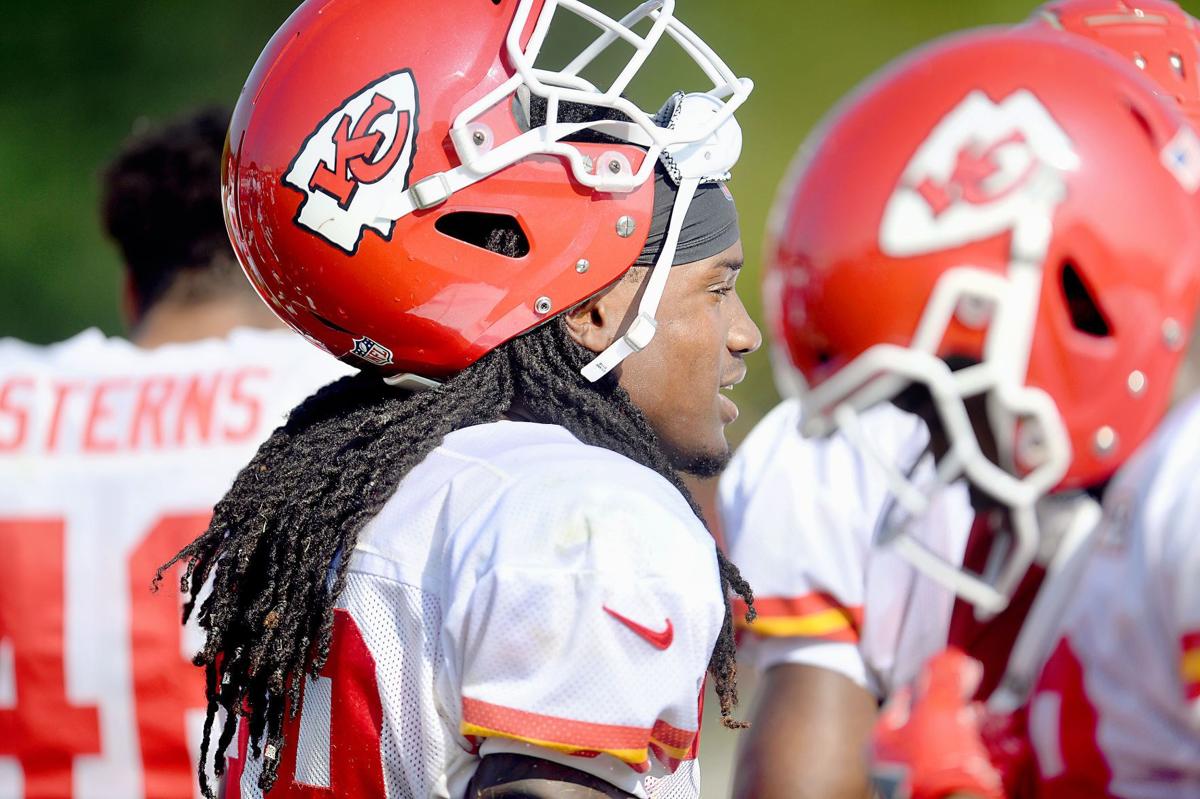 Kansas City Chiefs’ Tremon Smith stands on the sideline during training camp in 2018.

Kansas City Chiefs’ Tremon Smith stands on the sideline during training camp in 2018.

The running back position for the Kansas City Chiefs just got a bit more crowded after second-year player Tremon Smith transitioned from the defensive backfield to the offensive backfield for the first time Wednesday.

The sight of seeing Smith come out as a running back sparked interest throughout the day’s training camp at Missouri Western. Smith was listed as a cornerback during his rookie campaign in the 2018-19 season, but he made his name as a kick returner. Smith returned 33 kickoffs for 886 yards last season and ran one back for a season-long of 97 yards.

After kicking around the idea of a position change during his rookie year with special teams coach David Toub, it looks like Smith will finally have the opportunity to help the team in more ways than one.

“It was actually brought up last year midway through the season, doing some good kick returns, and (Toub) just brought it up with some packages, actually,” Smith said. “It’s been thought of. It just didn’t happen overnight.”

The last time Smith played on offense at all was during his senior season at Saks High School in Anniston, Alabama, where he played at the quarterback and wide receiver positions. In his senior year, Smith was named the 3A Alabama Player of the Year and earned a first-team All-State selection as well.

The thought of making the conversion was brought up again this year during the early days of training camp, thanks to head coach Andy Reid being well aware of Smith’s offensive success. Now, Reid wants to see if Smith’s talent can apply to the professional level.

“I had messed with him last year and played with him a bit on the offensive side, so I moved him over today just to take a peek at him, and we’ll see how that goes,” Reid said. “We know he can do corner, but we want to see him do some offensive stuff too.”

Despite a need of improvement in knowing all of the offense’s technical terms, Reid liked what he saw from Smith’s first practice as a running back on Wednesday.

“He actually did a good job with some of the stuff,” Reid said. “He’s gotta get the verbiage down, but today, fundamentally, it was a good start for him. We’ll see how it goes. He’ll stay on the offensive side for right now until I get a chance to evaluate him.”

Smith’s only professional offensive experience was when he served as the scout team’s version of Ravens quarterback Lamar Jackson during Kansas City’s preparation for its Dec. 19, week 14 matchup against Baltimore.

The Chiefs definitely aren’t short at the running back spot with seven players now, and they certainly won’t be short on speed on offense thanks to Smith’s transformation. At Smith’s college pro day, he ran a 4.32 40-yard dash, and he is ready to show it off.

“Me, Tyreek, Mecole, Demarcus, it’s going to be a lot of speed on the offensive side, and hopefully a lot of touchdowns,” Smith said. “Under coach Reid’s system, he’s going to find mismatches and find a way to get you open.”

Based on those names alone, and including returning starting receiver Sammy Watkins, those five players’ 40-yard numbers average out to time of 4.39 seconds. Now that Smith will be carrying the ball for the offense, second-year Chiefs cornerback Kendall Fuller will have to experience the former defensive back’s speed firsthand.

“It was weird,” Fuller said. “I told some of the guys it kind of got me a couple of times. When (Smith) went out there, I thought he was a receiver. I’m thinking I’m following the two receivers, but it’s him and another receiver — a receiver and a running back. I’m definitely excited to see what he can do.”

Smith says last season’s idea to transfer to the other side of the ball was his proposal, and now he has a chance to catch a pass from reigning NFL MVP Patrick Mahomes II.

“I’m pretty sure it’s like catching a JUGS machine on the fastest (speed) they come out,” Smith said.

In Smith’s last year as an offensive player, he led Saks to a 14-1 record and made it all the way to the 3A Alabama semifinal round. After five combined years as a cornerback in the NCAA and NFL, Smith is back on offense, and he let his new offensive teammates know he is there to stay.

“They couldn’t believe it,” Smith said. “They seen me with the red jersey on and asked, ‘Are you doing this for scout team or whatever?’ I was like, ‘Nah, it’s a permanent move, so get used to it.’”