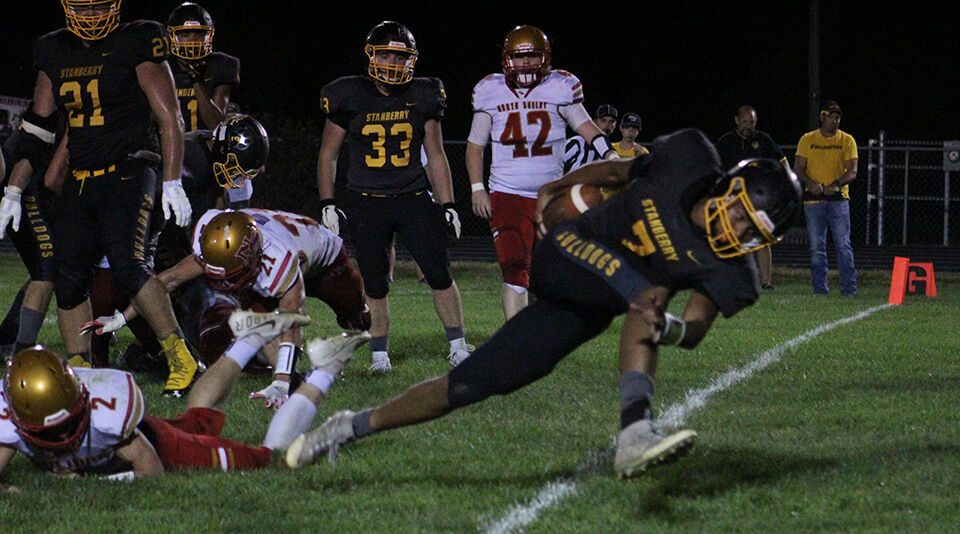 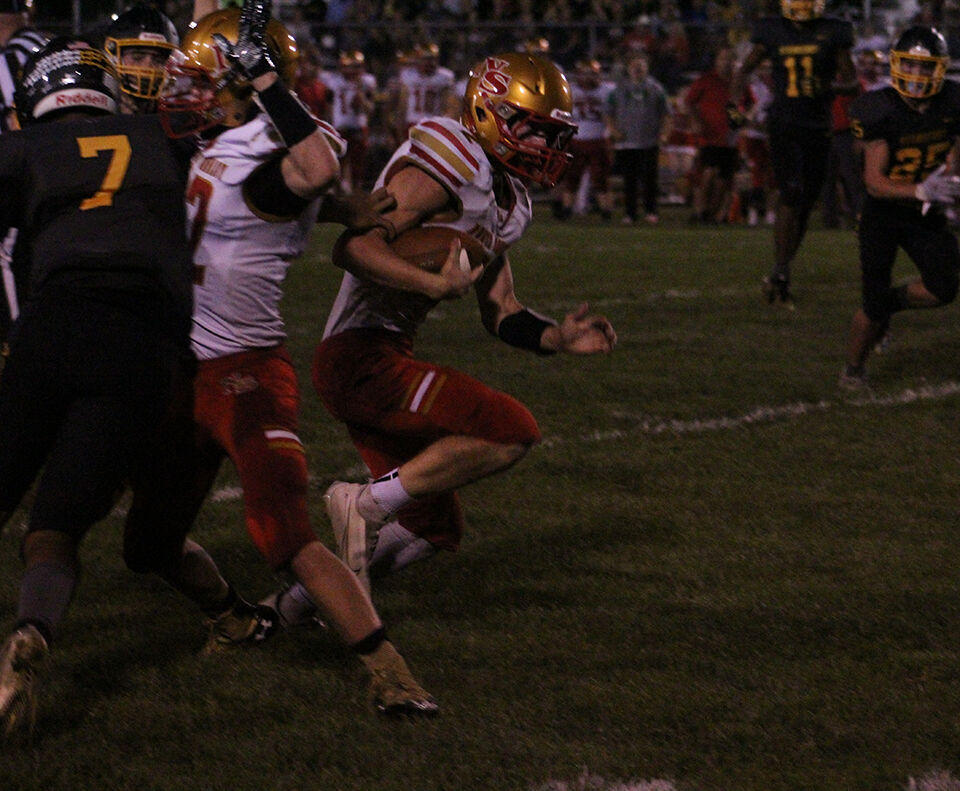 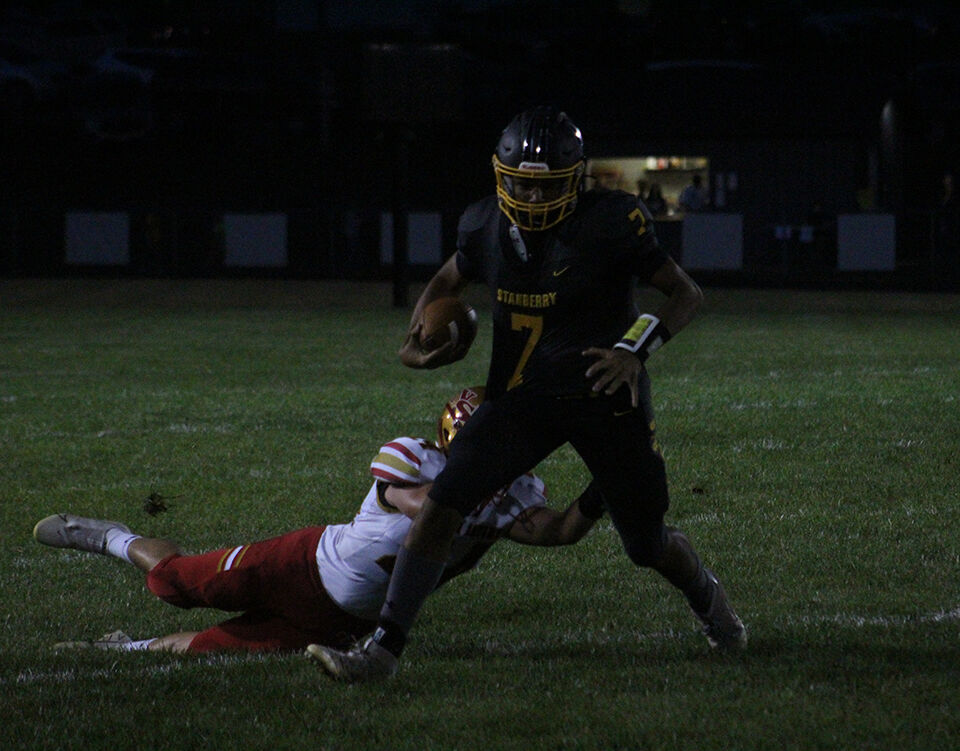 STANBERRY, Mo. — Stanberry’s run as the state’s top team came to an end Friday night against the fifth-ranked North Shelby Raiders. The Raiders defense intercepted Bulldogs quarterback Austin Schwebach with 14 seconds left in the game to secure a 14-13 win.

“There were a lot of things going against us in this game with it being their homecoming and us having to travel three and a half hours,” North Shelby quarterback Cale Stoneburner said. “It was amazing because we were ranked fifth or sixth all season and had a lot of people counting us out.”

The two defenses came into Friday’s matchup allowing a combined 25 points per game. That didn’t stop in the battle of top-five teams as the two went scoreless for the first 21 minutes of game time.

Stanberry quarterback Austin Schwebach broke the scoreless tie with a 28-yard touchdown pass to brother Tyler Schwebach with 2:57 left in the first half.

Stoneburner and the Raiders offense came to life after the Bulldogs score with a 19-yard pass to start the ensuing drive. Stoneburner then scored on a 25-yard run to make it 7-6 in favor of Stanberry at halftime.

The defenses continued to cause problems for the offenses in the third quarter. The lone score came on a drive in which Austin Schwebach rushed for 52 yards, including a four-yard touchdown run to give the Bulldogs a 13-6 lead going into the fourth quarter.

North Shelby had no answers on the next drive and was forced to punt the ball back to Stanberry. The Bulldogs gained nine yards on the first two plays, but a chop block on third and one moved them back deep into Raiders territory.

Austin Schwebach scampered for 40 yards on the next play, but a holding penalty wiped out the long run and a failure to move the ball on third down forced Stanberry to punt.

“There were a few things that we didn’t capitalize on during the game that we should have,” Stanberry coach Shane Hilton said.

North Shelby took the game’s final lead on its next drive, running the ball nine-straight times to open the drive for 44 yards. The Raiders went play action on the 10th play as Stoneburner connected with Kyle Smith for a 9-yard touchdown.

Stanberry had one final opportunity to win the game with just over two minutes to go. But the Bulldogs failed to score, throwing an interception with 14 seconds left, giving Stanberry its first loss of the season.

The road only gets tougher over the final two weeks for the Bulldogs with a trip to East Atchison next week and Worth County in the final game of the regular season. Both teams are ranked in the top three.

“When you get this kind of competition, it usually leads to wins when you get to the postseason,” Hilton said.