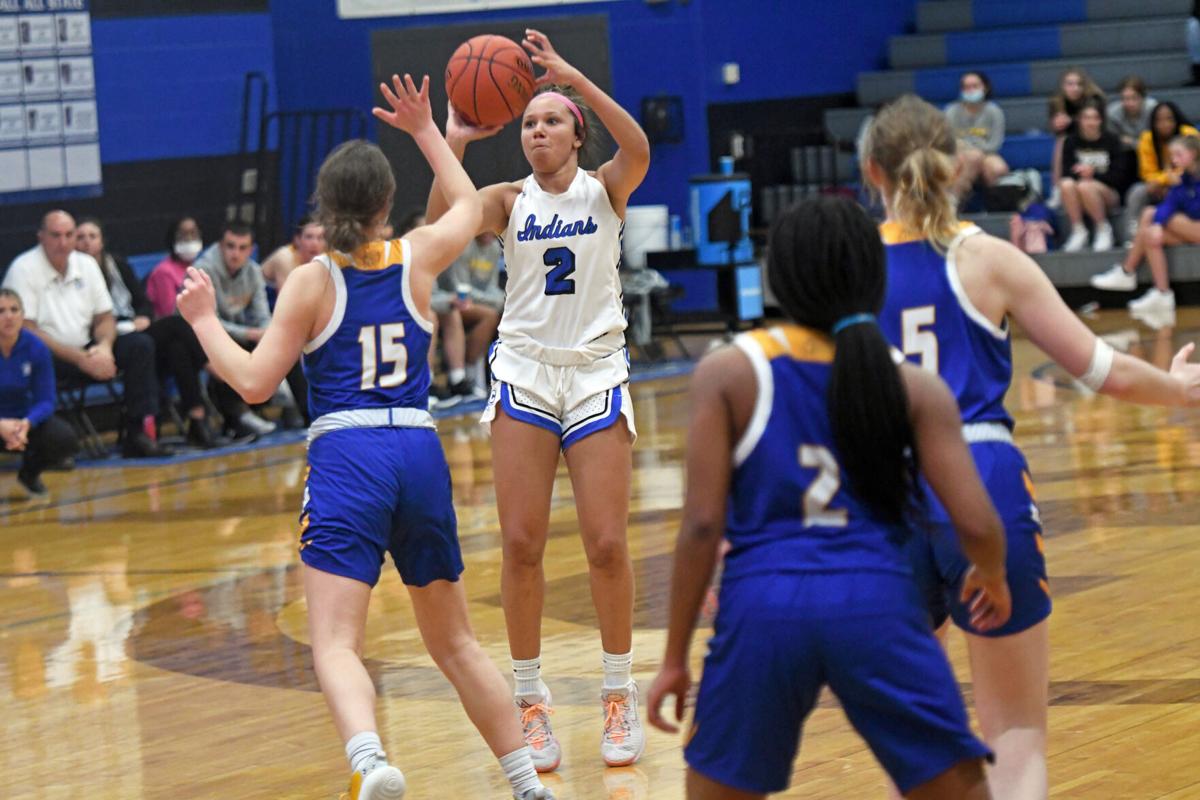 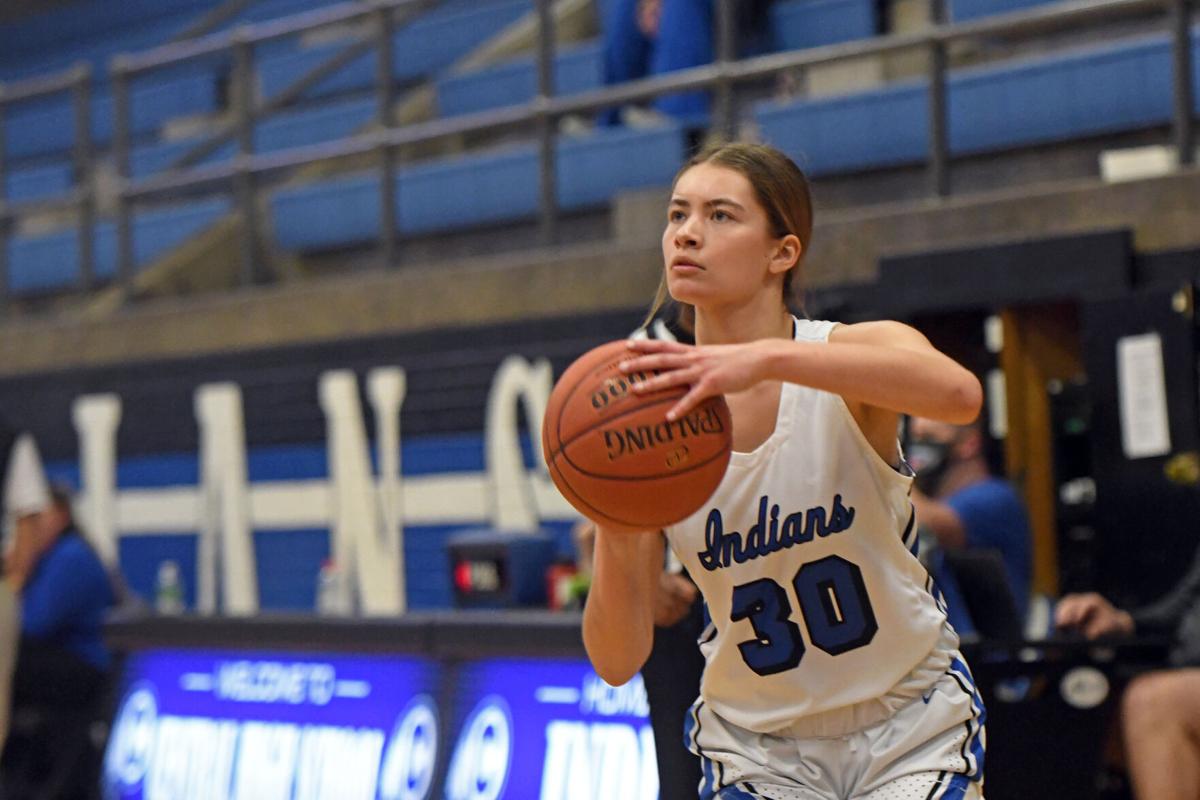 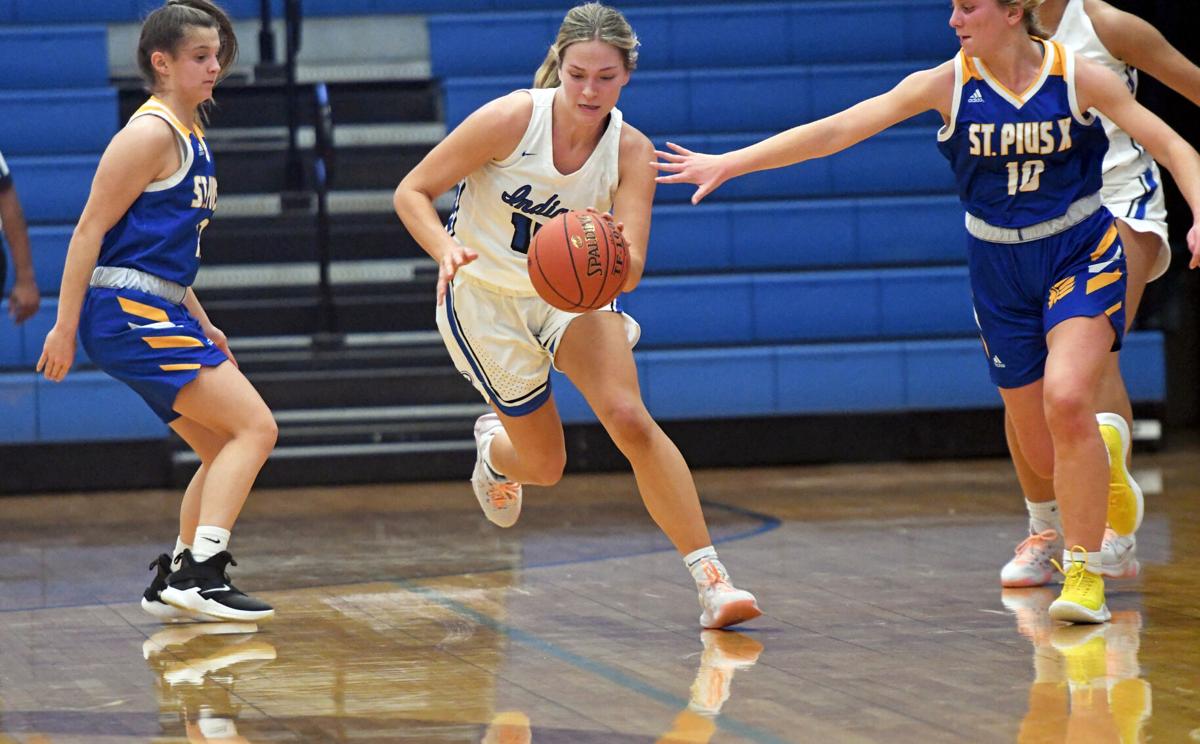 Central senior Ella Moody gets a steal and dribbles upcourt against St. Pius X on Wednesday at CHS Coliseum. 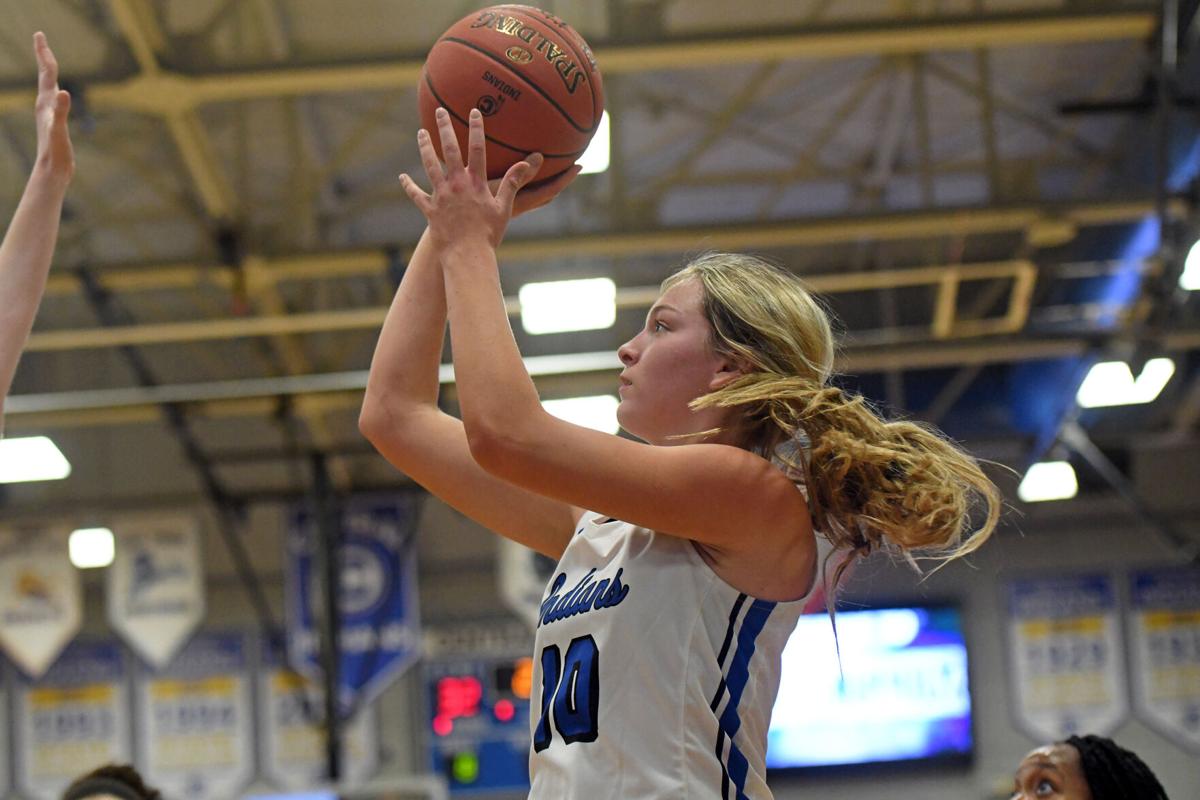 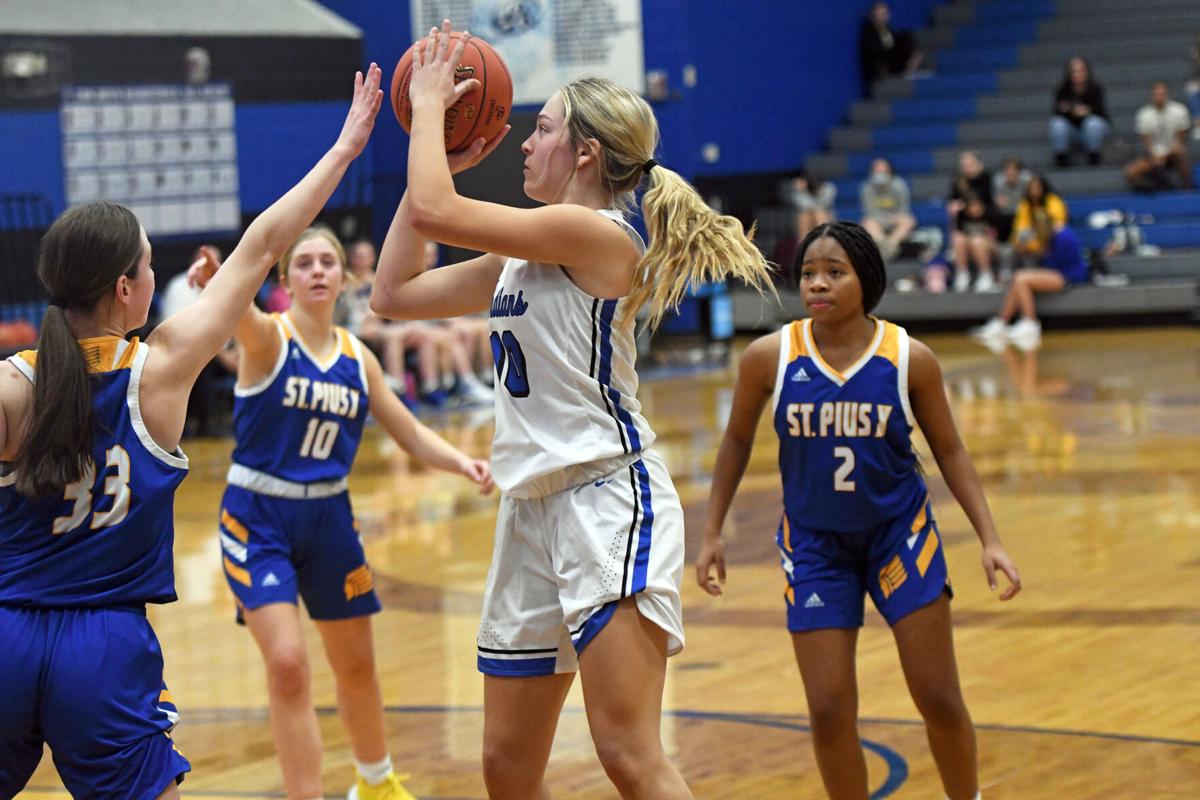 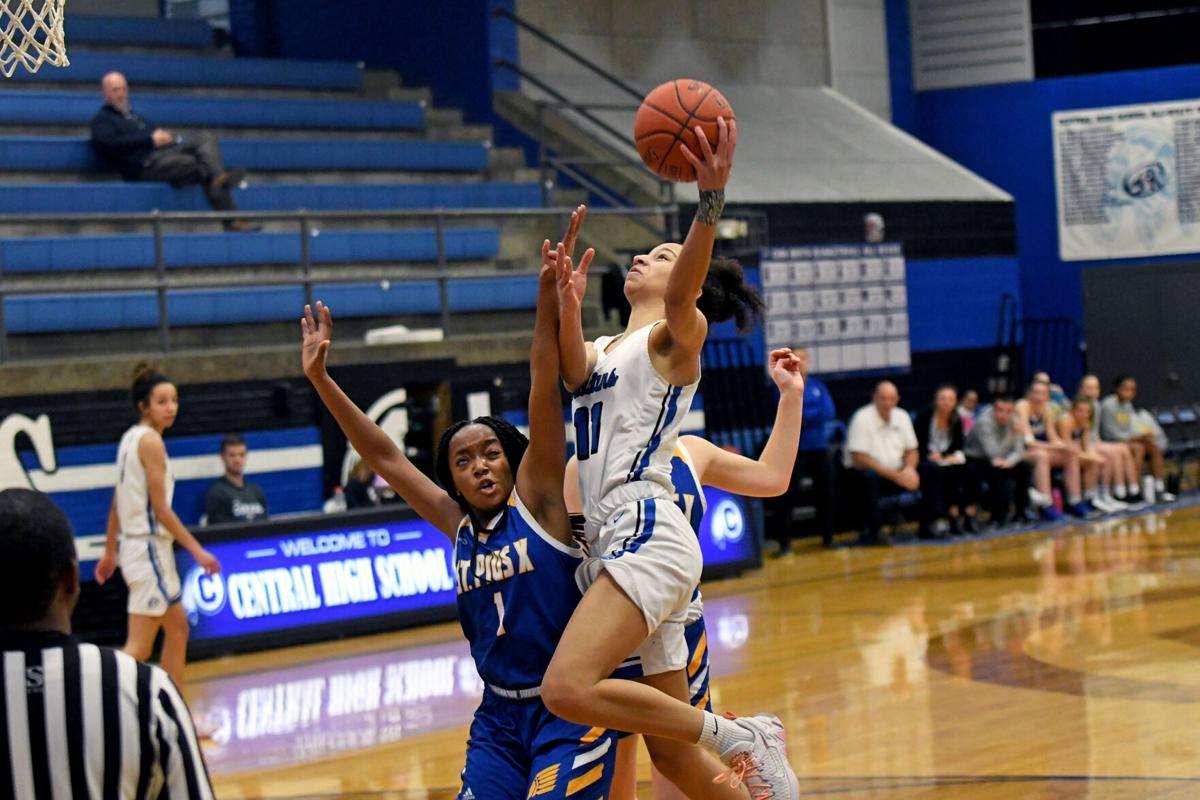 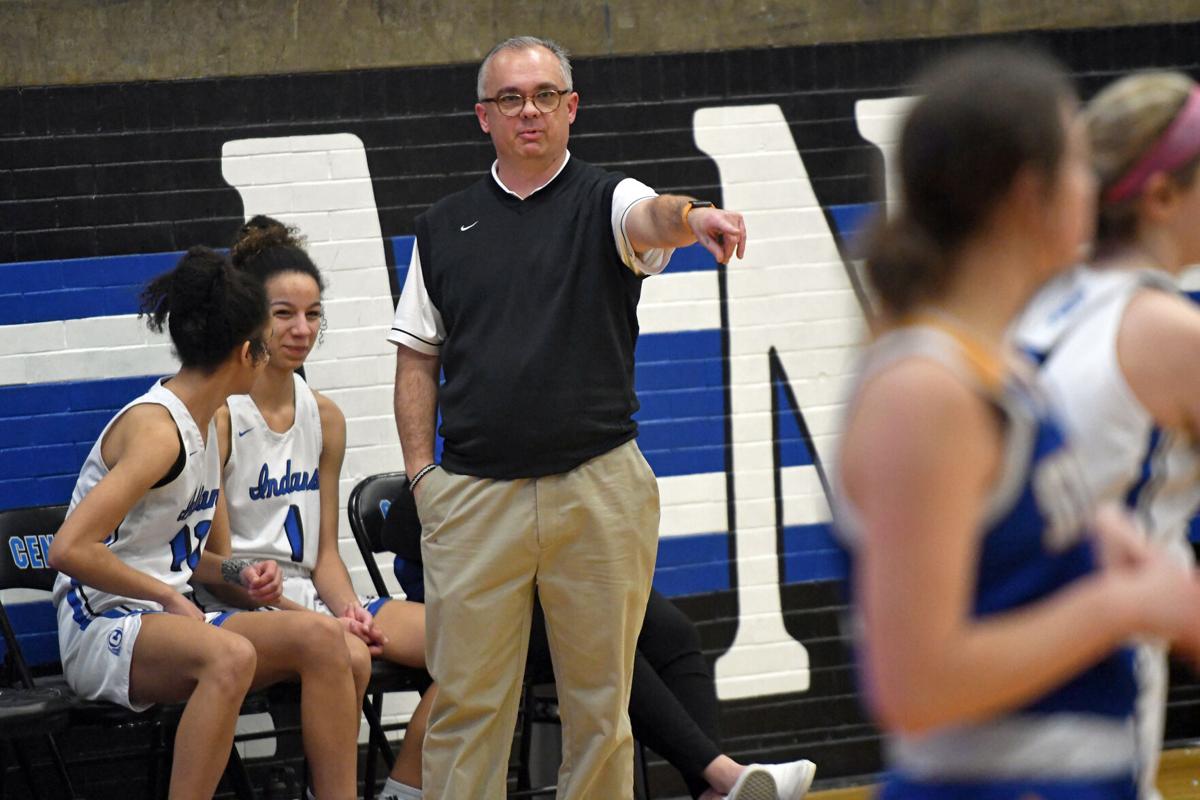 Central head coach Roger Wiebelt-Smith directs his team from the bench against St. Pius X on Wednesday at CHS Coliseum.

Central senior Ella Moody gets a steal and dribbles upcourt against St. Pius X on Wednesday at CHS Coliseum.

Central head coach Roger Wiebelt-Smith directs his team from the bench against St. Pius X on Wednesday at CHS Coliseum.

The Central girls used a paint-focused attack and pushed the ball in transition for an early 8-0 lead, keeping St. Pius X at bay for much of Wednesday’s 66-47 win at CHS Coliseum.

The Indians (8-4) are 5-1 in the last month with the lone loss coming to nationally ranked Rock Bridge by six points Monday. They came back to their home gym for a game scheduled just one day prior and saw three different players score in double figures.

“We’ve played a tough schedule. We wanted that for this year, we want to be prepared,” coach Roger Wiebelt-Smith said. “We’ve handled it well. … They’re a solid team. We knew we’d have to come out and play well, and we did.”

Senior Ella Moody set the tempo with six points in the opening frame, eventually scoring a team-high 17 points. An 18-6 lead after the first quarter became 35-23 at halftime thanks to the contribution of juniors Bre Dudley and Avery Barber off the bench.

Dudley sank three 3-pointers in the frame with Barber assisting on two and scoring one of her own. Dudley scored 16 on the night, and Barber added 15, hitting a trey in each of the final three quarters.

“I think we played really good as a team. We made good (passes) to open girls and just played tough,” Barber said. “To be able to play good against tough competition is a step up for us.”

The lead was chipped down to nine midway through the third quarter, but Pius (7-3) was limited to just 14 points in the final 12 minutes as the Indians pulled away for the 19-point win.

Central returns to action Jan. 19 against Olathe West at the Basehor-Linwood tournament.

Overcrowding in emergency rooms a concern locally, throughout state