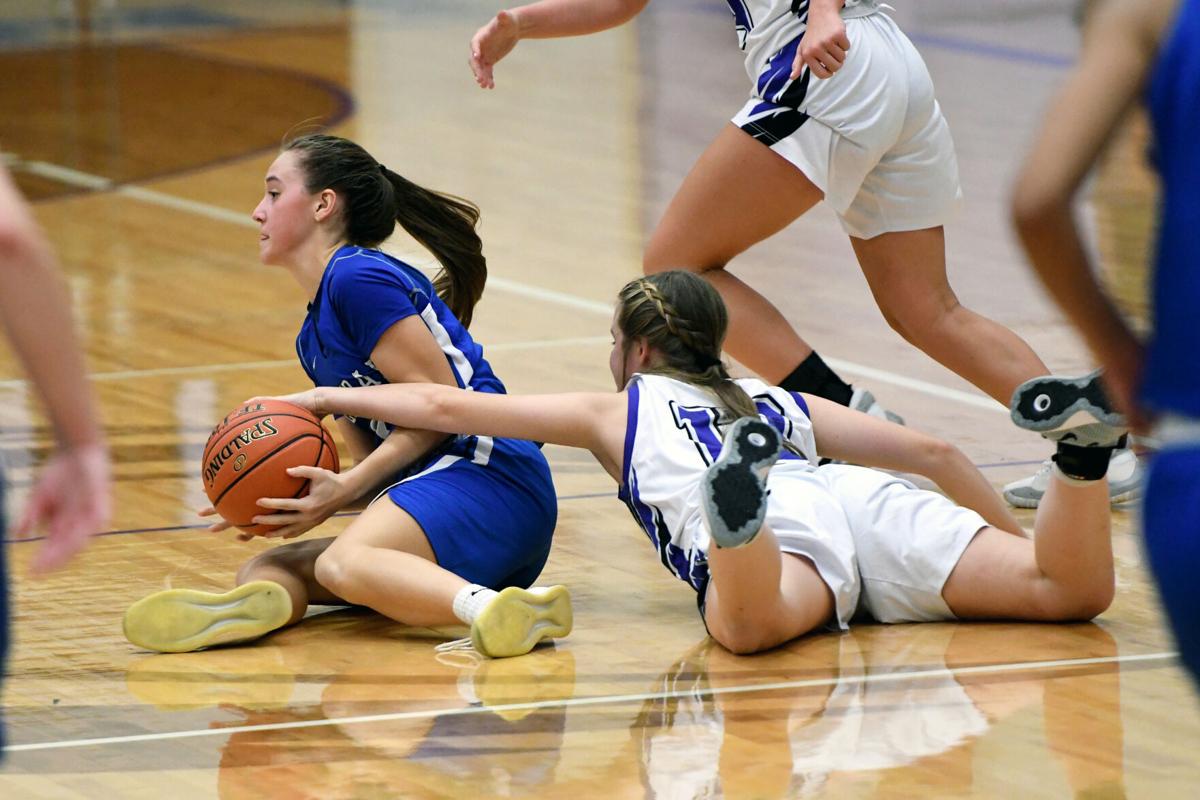 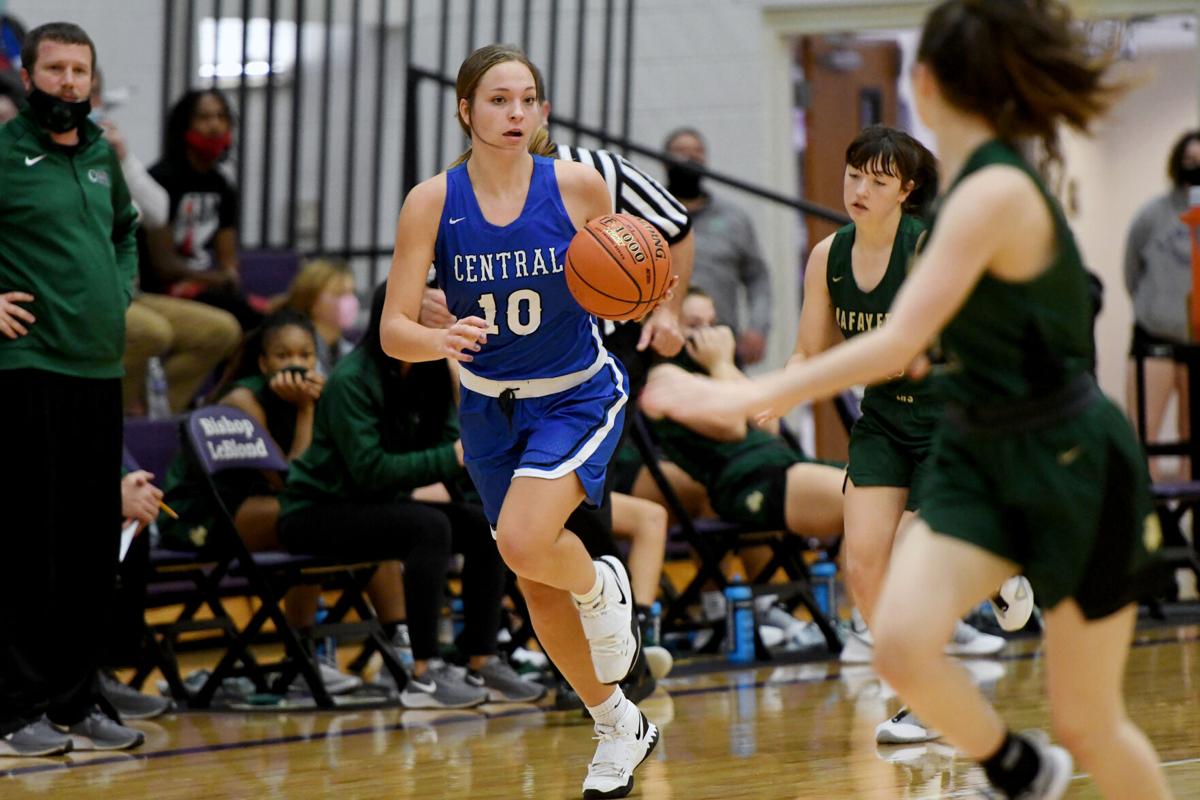 Central junior Ella Moody dribbles up the court against Lafayette on Friday during the City Girls Basketball Jamboree at Grace Gymnasium. 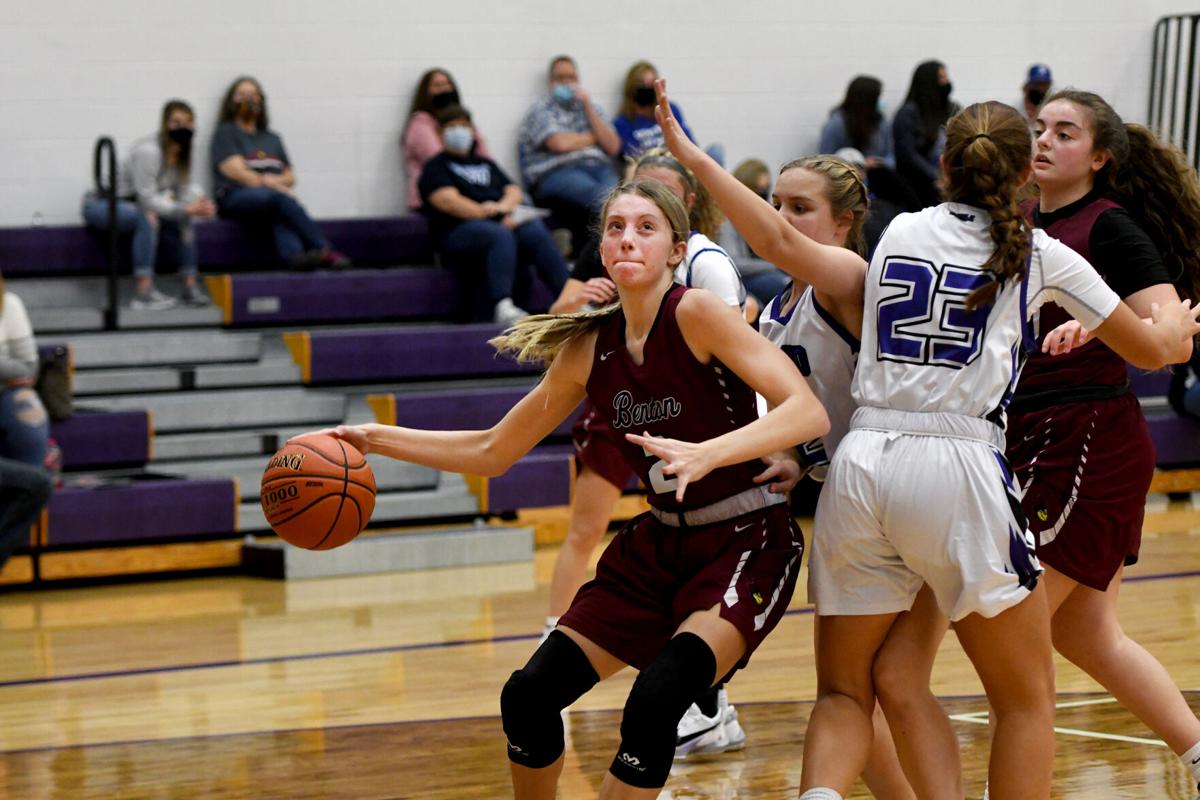 Central junior Ella Moody dribbles up the court against Lafayette on Friday during the City Girls Basketball Jamboree at Grace Gymnasium.

Even with the real deal just four days away, the girls of the Central and Benton basketball teams ran, dove and battled like the matchup was going into the win-loss column.

“It was fun. My juices were flowing,” first-year Central coach Roger Smith said. “It was nice to see them get out there in a defensive mindset and get aggressive. … For me, it was just fun to get out and coach again.”

With it apparent the champion of the 2020 City Girls Basketball Jamboree would be decided during the 12 minutes the Cardinals and Indians faced off, it ended as such.

Down by 3, Central junior Myah Dwyer made a left-corner 3-pointer to tie game at 10 in the final minutes of the second of two six-minute quarters. The teams then traded free throws before Teagan Broaden made two more for a 13-11 lead.

Benton’s Kianna Herrera followed her missed shot in the final seconds with a put-back, and Central’s buzzer-beater was no good as the teams tied 13-13 and finished with an identical record of two wins and a tie.

The matchup was one of two first-year coaches in Benton’s Chris Michaels and Central’s Smith with a season-opening game coming between the rivals Tuesday.

“We told them, expect adversity. That Central game isn’t exactly how we want to play,” Michaels said. “They were upset that they didn’t win the Central game outright. … We did exactly what we wanted to do here. We kept our base stuff and did good at our base stuff.”

Bishop LeBlond finished 1-2 on the night, defeating Lafayette 20-15 behind a stronight night from Shae Lewis. She led the Eagles with 23 points on the night, one less than Benton junior Kianna Herrera.

Sloan Lewis and Tatum Studer also each had eight-point games for LeBlond, who have just one senior and one junior on their roster.

“I think our girls just came out more physical. I think they knew what to expect coming into the jamboree against bigger teams,” LeBlond coach Jackie Ziesel said. “It was impressive how hard we crashed the boards and still played to their level.”

Benton started the night with a 28-19 win over LeBlond, and a Central win over Lafayette, 28-11, wrapped up the first session in front of a limited masked crowd. After LeBlond’s win aaginst Lafayette, Benton and Central battled to a tie.

“Although we got thumped pretty good in a couple of those contests, we can go into practice knowing we need to work on this,” Lafayette coach Brad Spinner said. “We learned a lot about ourselves and our personnel. If we’re gonna take a positive going forward, it’s that. … We’re still 0-0 and have a lot of work ahead of us.”

Central was led by 20 points on the night from Teagan Broaden, and Ella Moody’s night wrapped up with a 11-point outing. A group that was without Lauren Eiman, Bre Dudley and other contributors will take on a Benton roster flourishing with returners Tuesday night to open the season.

Increasing clouds Wednesday with a chance of snow showers on Thursday.