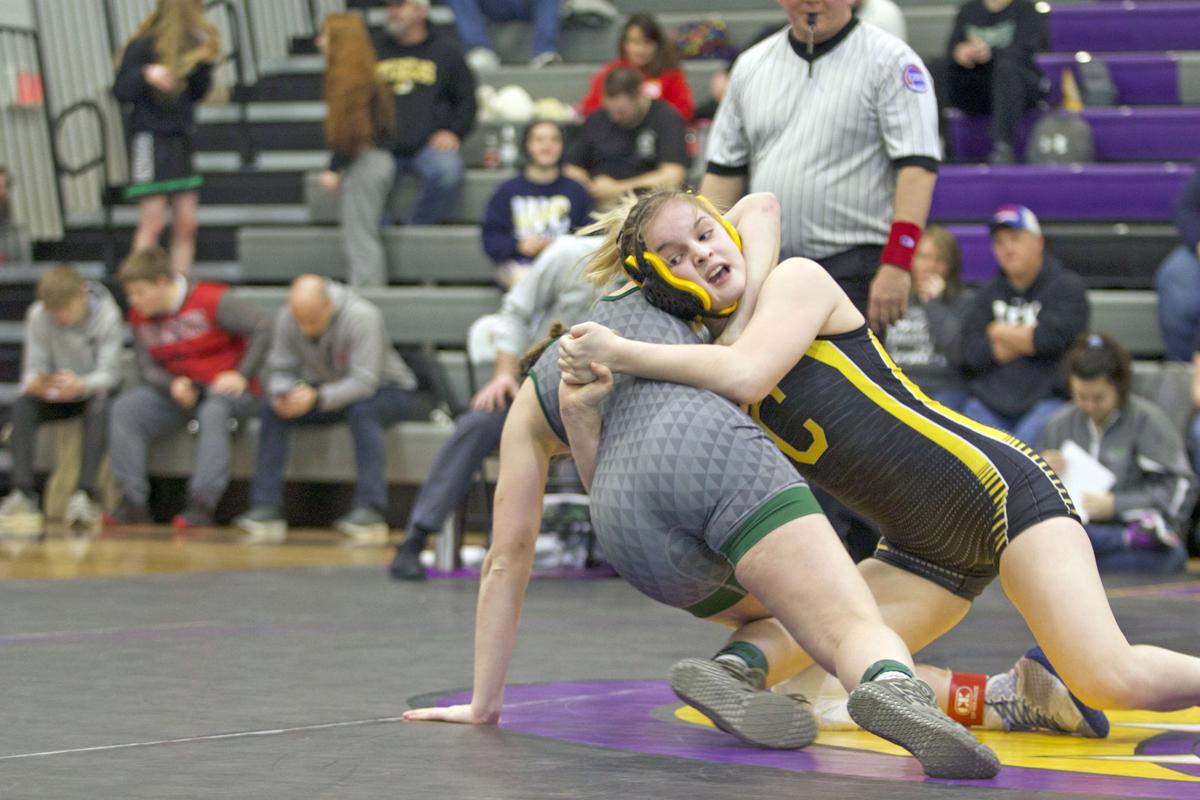 Cameron sophomore Christina Herring looks for the takedown against Staley junior Madison Slaughter during the 120-pound finals match on Saturday in the District 4 Tournament at Kearney High School. 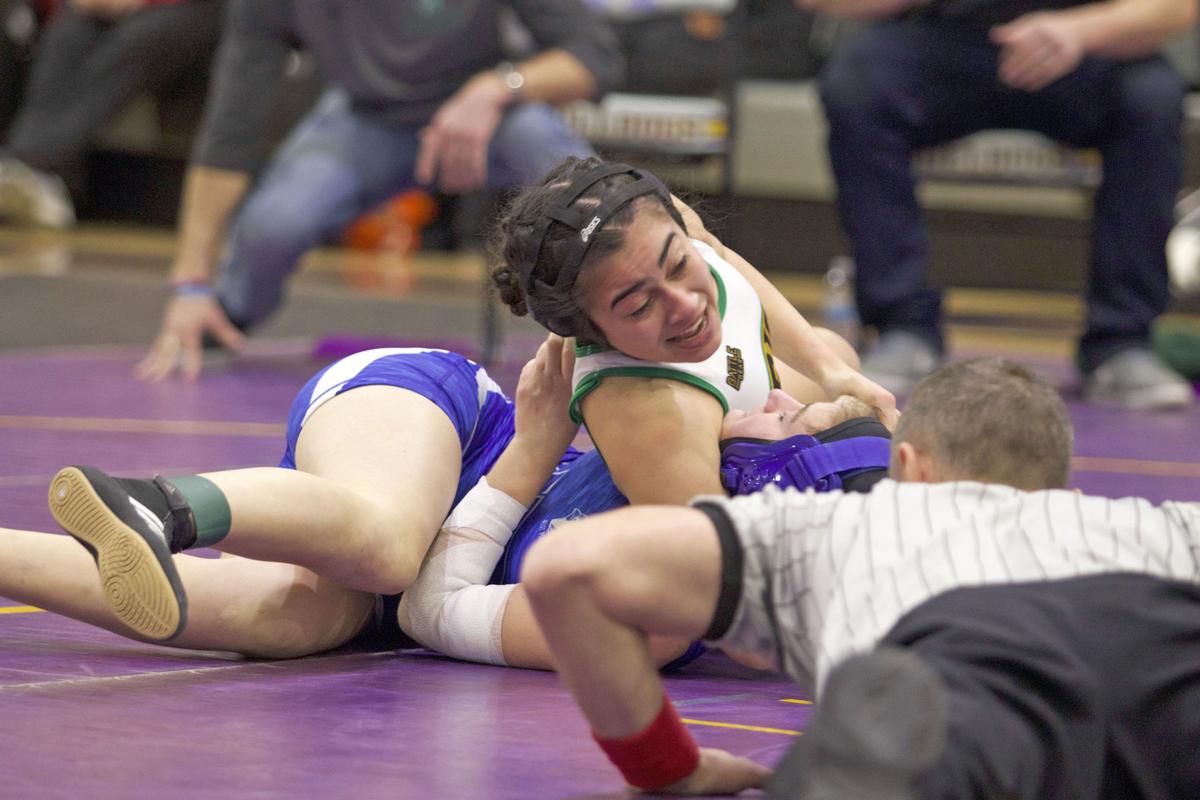 Cameron sophomore Christina Herring looks for the takedown against Staley junior Madison Slaughter during the 120-pound finals match on Saturday in the District 4 Tournament at Kearney High School.

KEARNEY, Mo. — After qualifying just one girl for state last season, Cameron wrestling is not only sending four wrestlers to Columbia, Missouri, but also finished second as a team at Saturday’s District 4 tournament.

The Dragons’ 109 team points only came short of Staley’s 141, a program that is sending six to the state tournament. Cameron finished without any district champions, but the Dragons did have two runner-ups in sophomores Celest Greer at 103 pounds and Christina Herring at 120.

Herring was pinned by Staley junior Madison Slaughter during the third period of the championship bout, though it was against an opponent she pinned just last week on Feb. 1 in the same building during the Kearney Girls Invitational. Herring says she’ll use her time wisely in order to prepare for a possible rematch at state.

“I need to work on bottom,” Herring said. “My coach looked at me before we went to third period, and he was like, ‘You think you can get up?’ and I said, ‘I don’t know, I’ll try. Ref, bottom.’ Bad choice, but I mean, we both deserved it equally, so I’m not really mad about the match. I just need to work on bottom these next two weeks.”

Herring believes Slaughter knew what she had planned coming into the match, something that was key in Herring not getting her way this time around.

“In most of my matches, I get a tie-up to a front headlock, and she was expecting that, so it wasn’t happening for me,” Herring said. “I feel like I’m pretty good with hand fighting. When I wrestled 25 last year, I was a lot smaller than all of my girls, so I dropped weight this year, so I feel like I out-muscle them quite a bit.”

Herring knows her Dragons were just a hair’s length away from grabbing fist place, and she believes even with second place, her team can still only get better.

“I think as a team, we did really good,” Herring said. “If me and Celest would’ve won our finals matches, we would’ve beat Staley. I’m not too mad about it, but as a team, I think we all need to work on our attitudes when we lose.”

Cameron coach Phillip Limb is excited that one of his wrestlers has such an outlook on everything like Herring does, especially at her grade level.

“That’s great,” Limb said. “I think the younger girls — of course they’re all young, but the less experienced girls can see that and it’s contagious.”

Even though there was a good shot at taking first place away from Staley, Limb knows it was still a solid outing for his girls.

“I’m really proud of the girls,” Limb said. “We had a great first day, and that set us up in the long run. We kind of wanted to be in competition for a district title after figuring out we would be in the hunt for it, but you know, at the end of the day, second out of 48 teams is pretty good. Pretty good tournament for us.”

Cameron freshman Hollie Hedgpeth took fourth at 187 while fellow sophomore teammate Jessicua Tanguay took fourth at 235. Hedgpeth qualified at the last second in the qualifying round with a match-winning throw against North Kansas City senior Melena Jones and won 6-4.

Cameron finished the tournament with 22 total pins, the third most out of all teams.

Lathrop’s lone qualifier is junior Jose Wright, who won it all at 142.

Other qualifiers include Maysville’s Mckenzie Gilreath at 120 and Polo’s Abigail Bolling at 152.