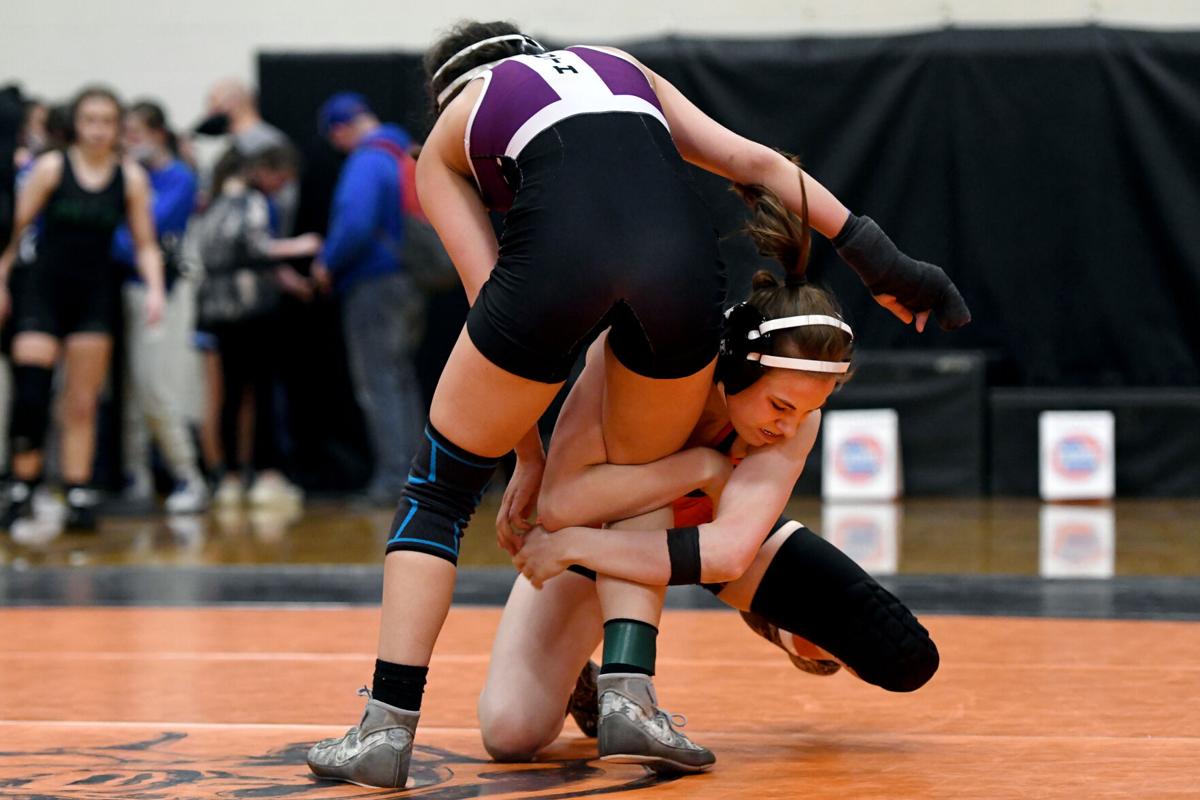 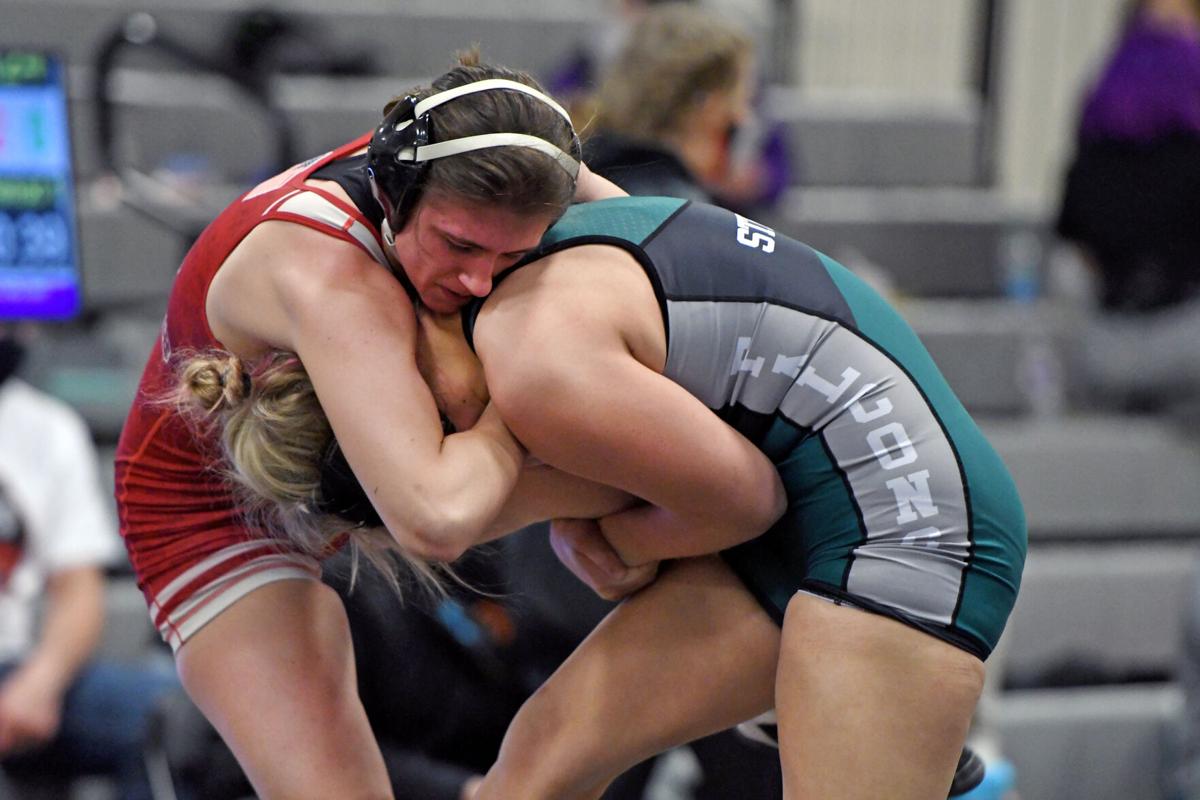 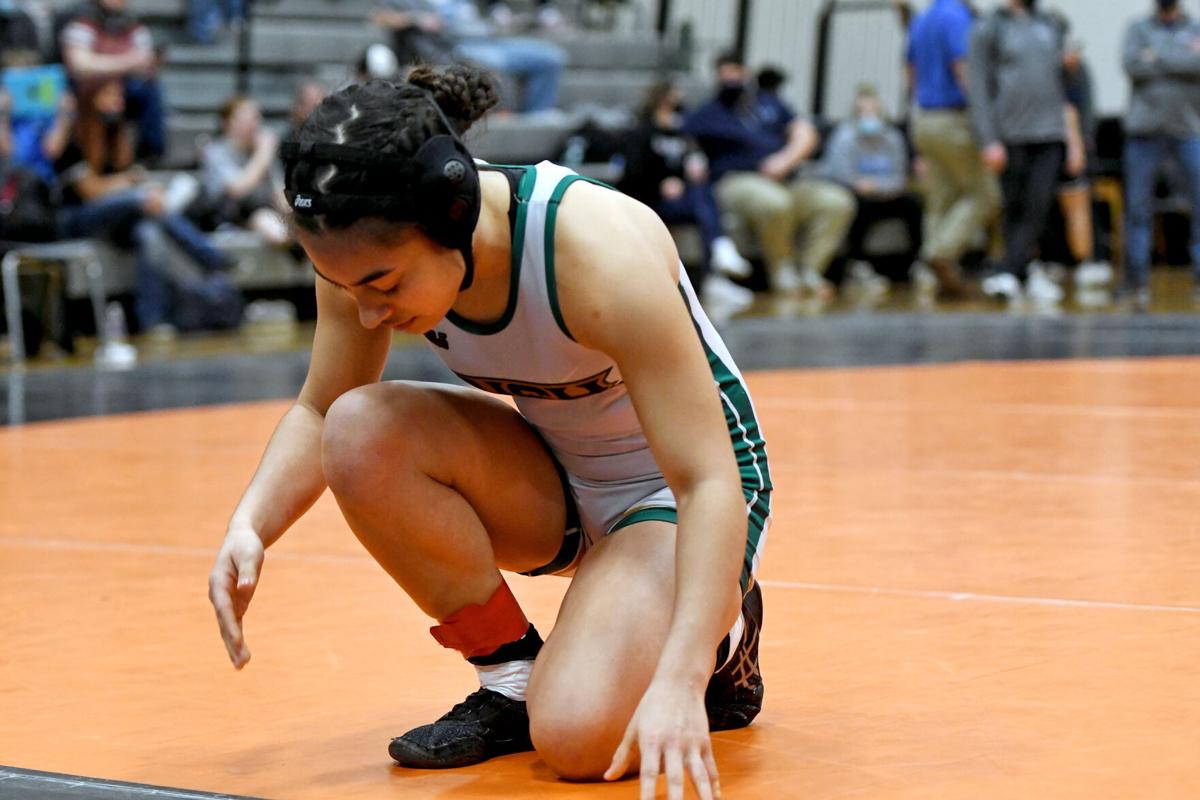 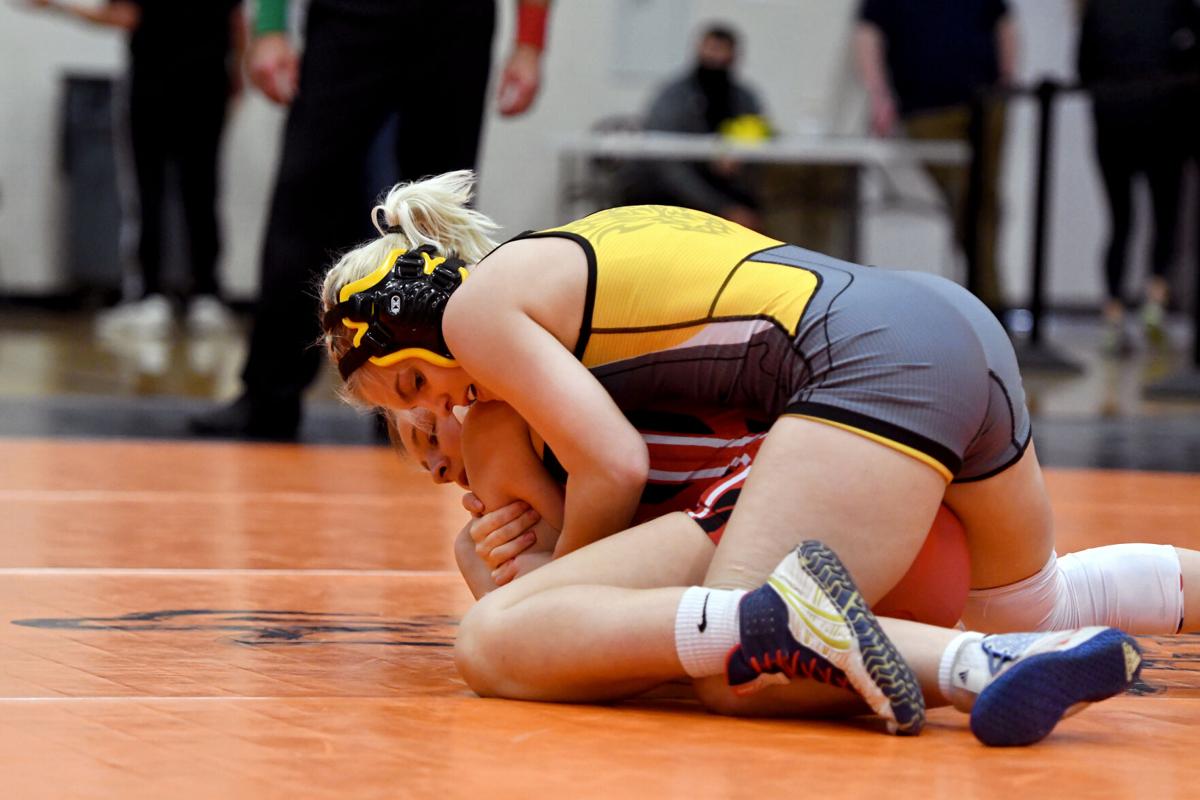 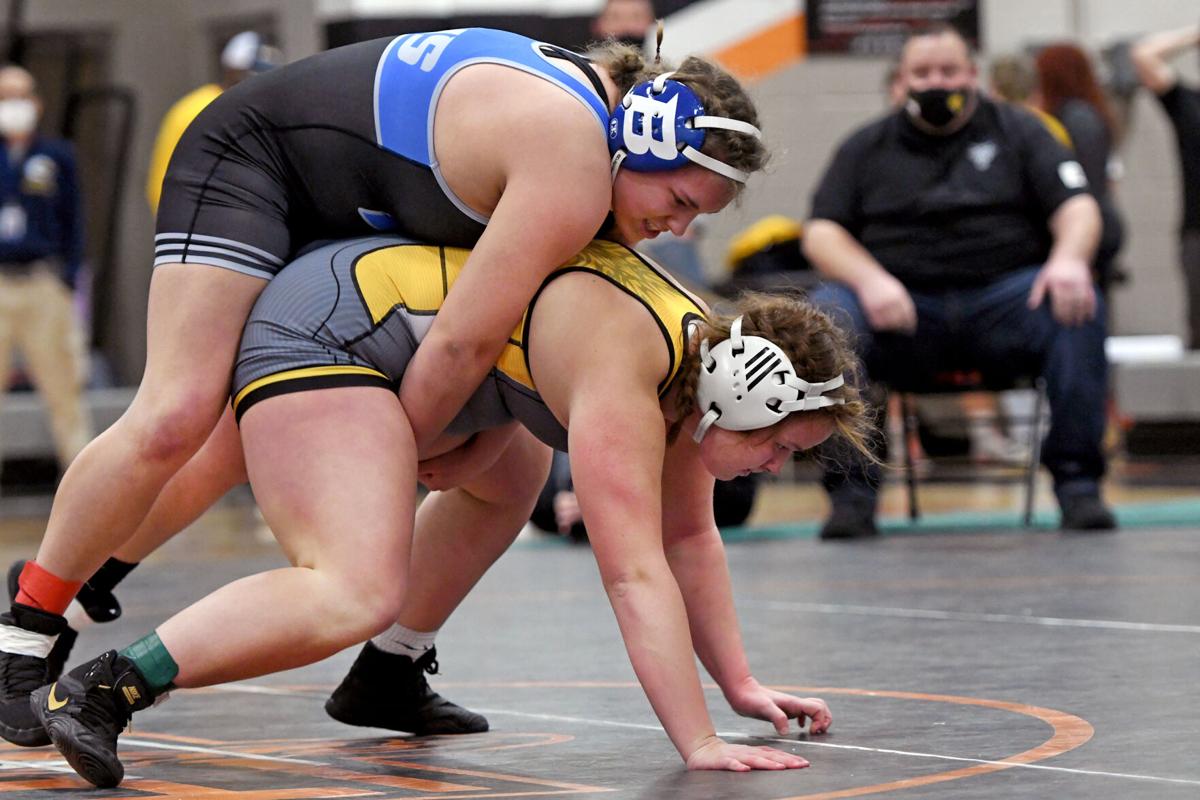 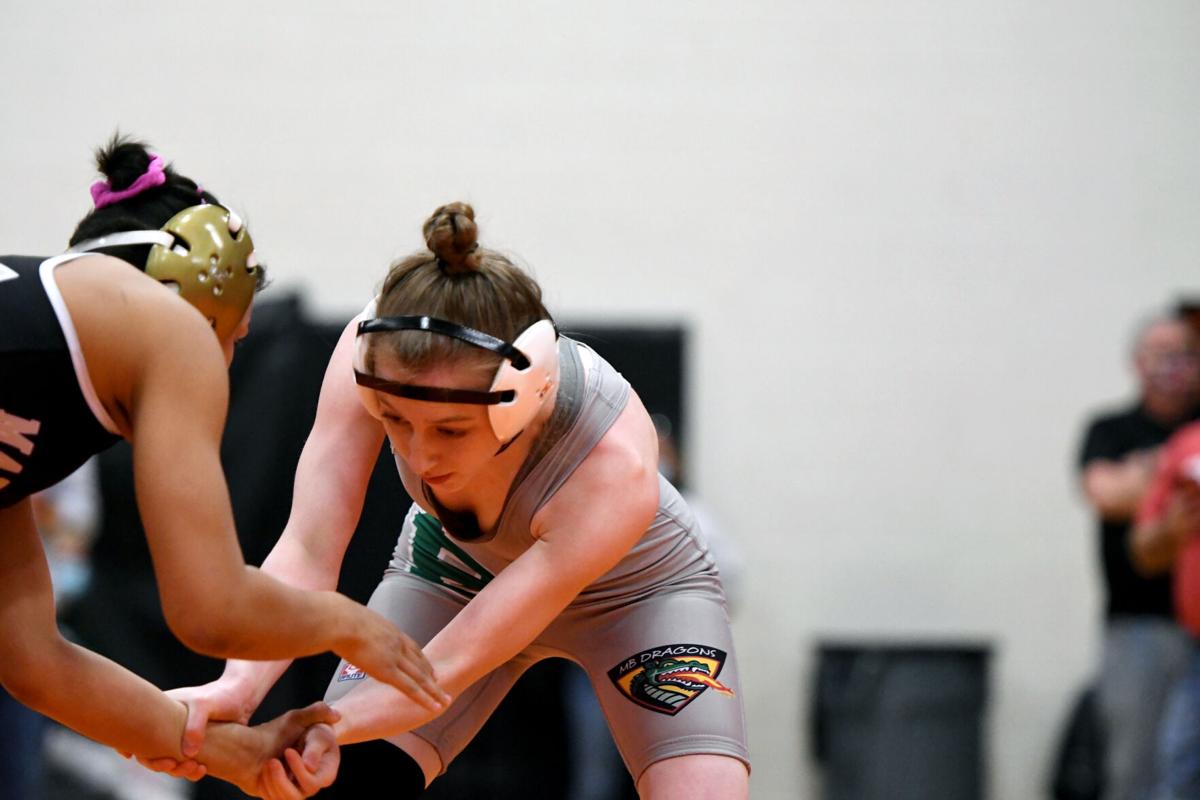 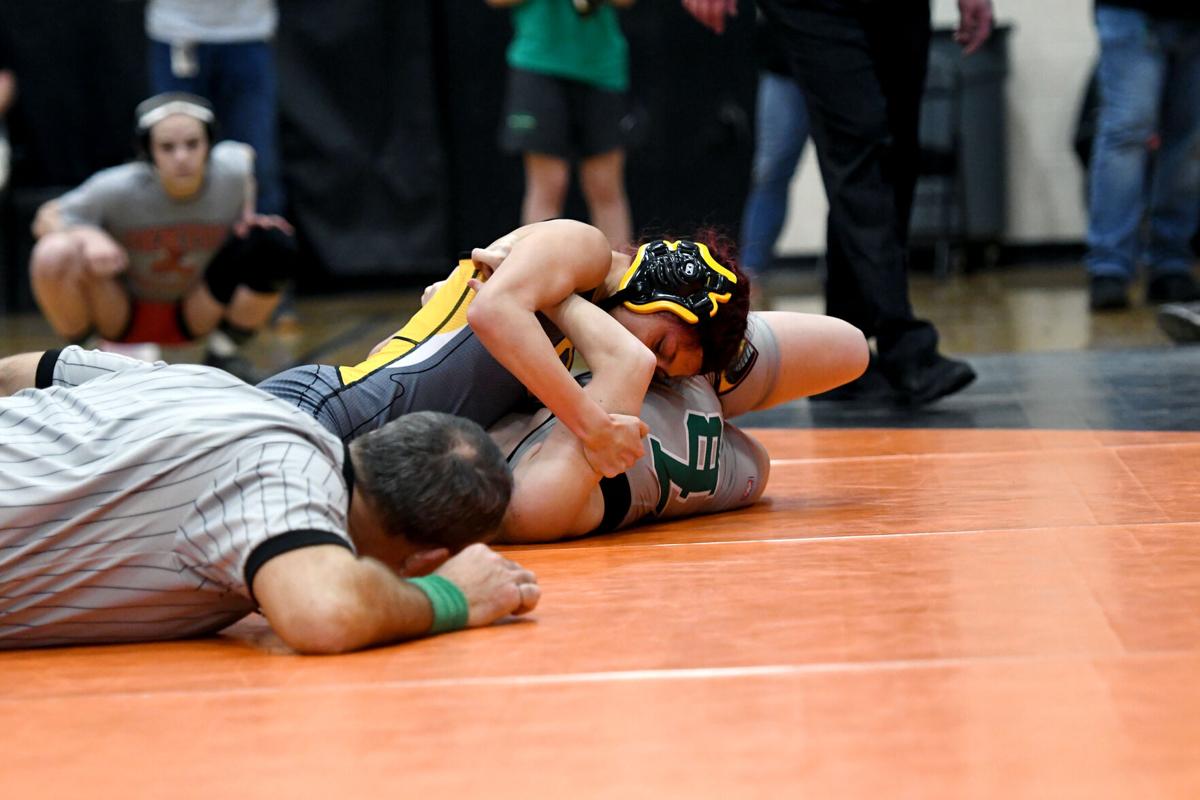 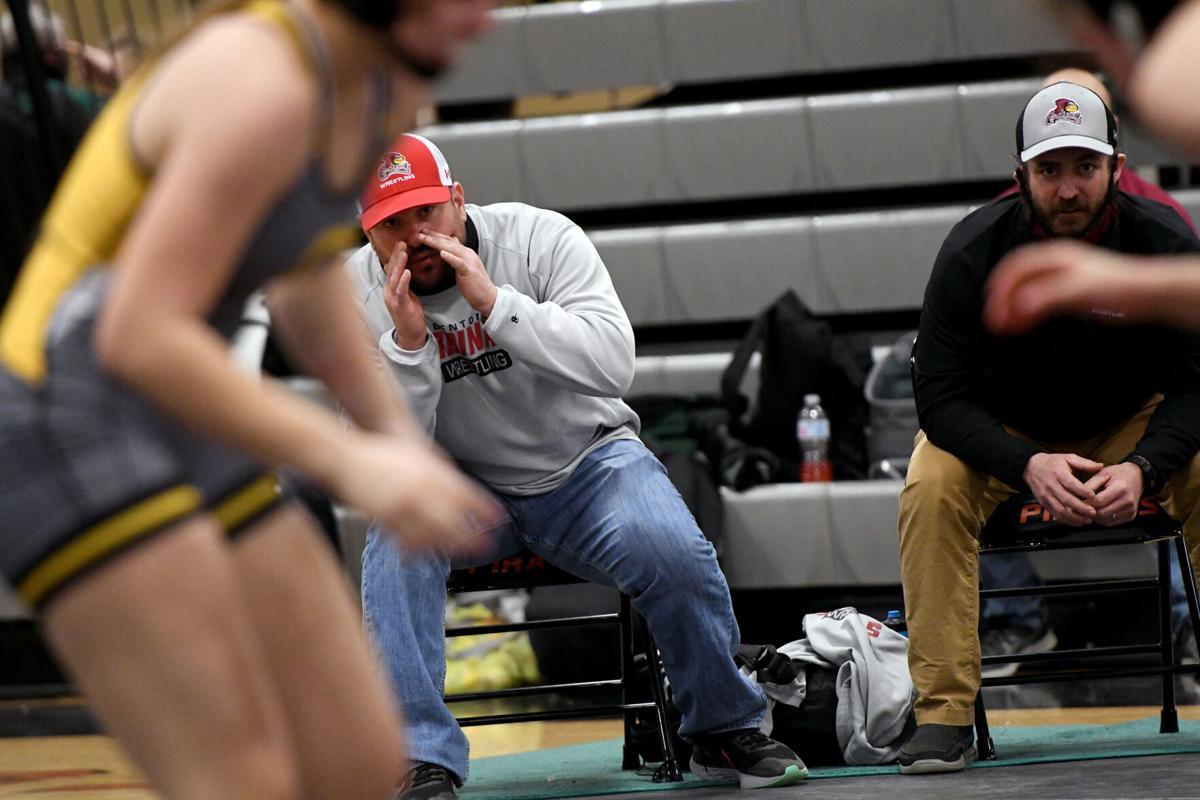 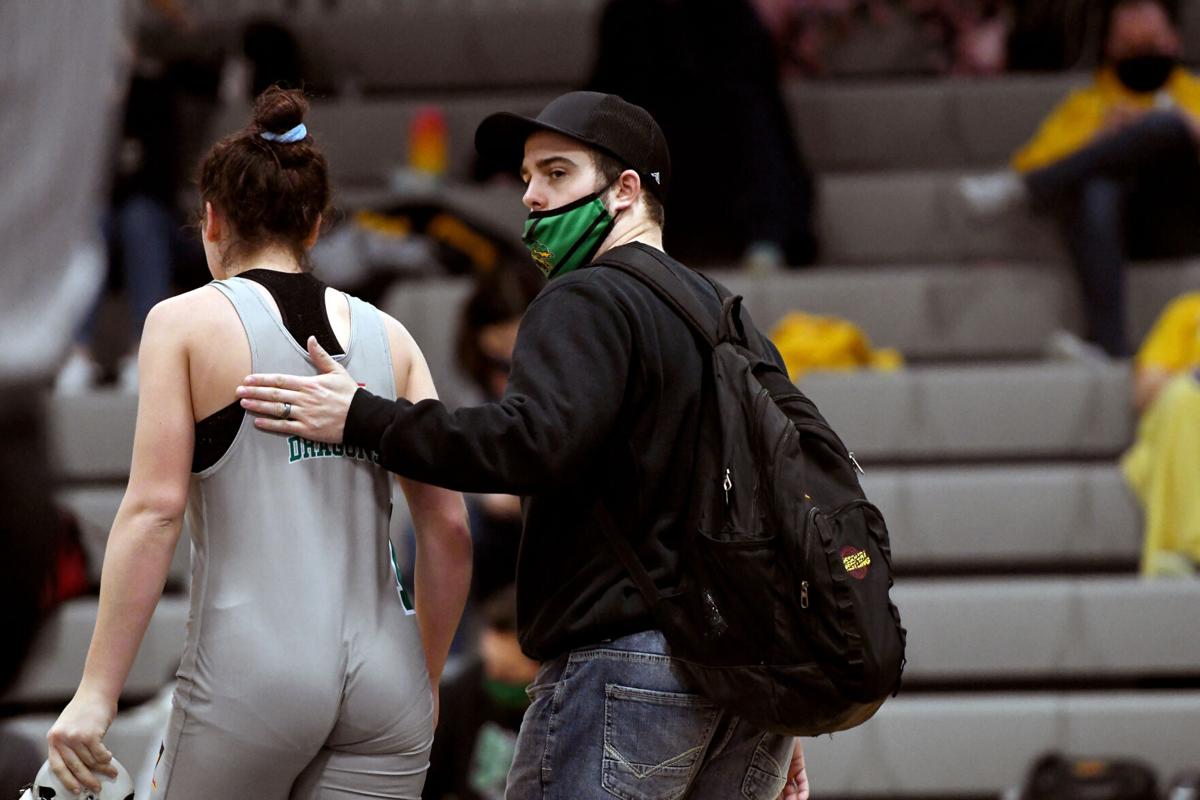 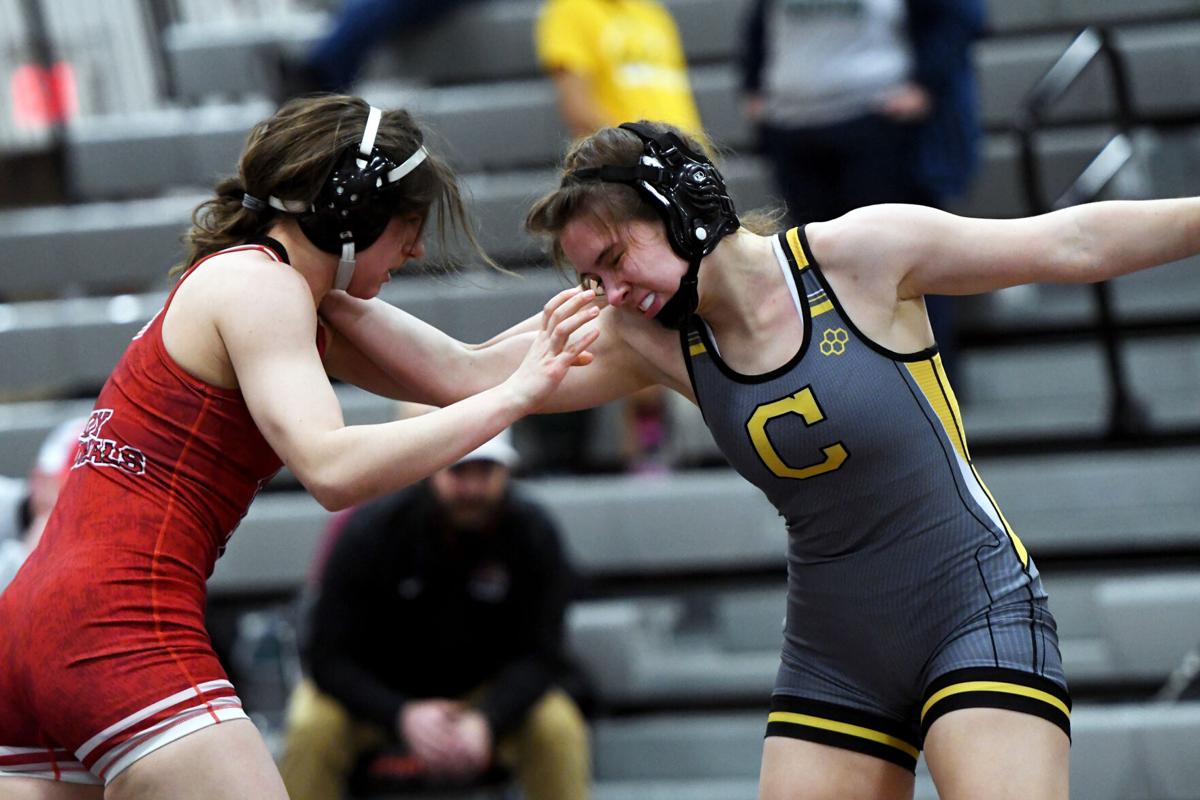 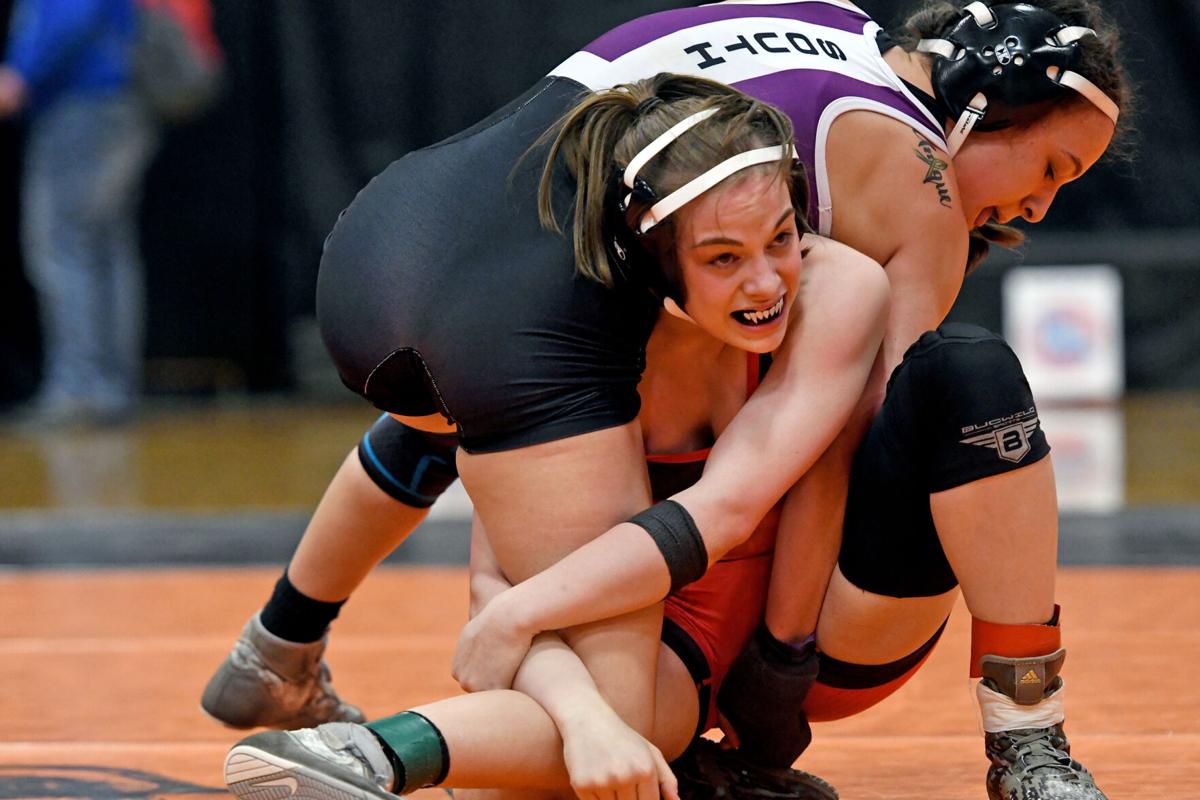 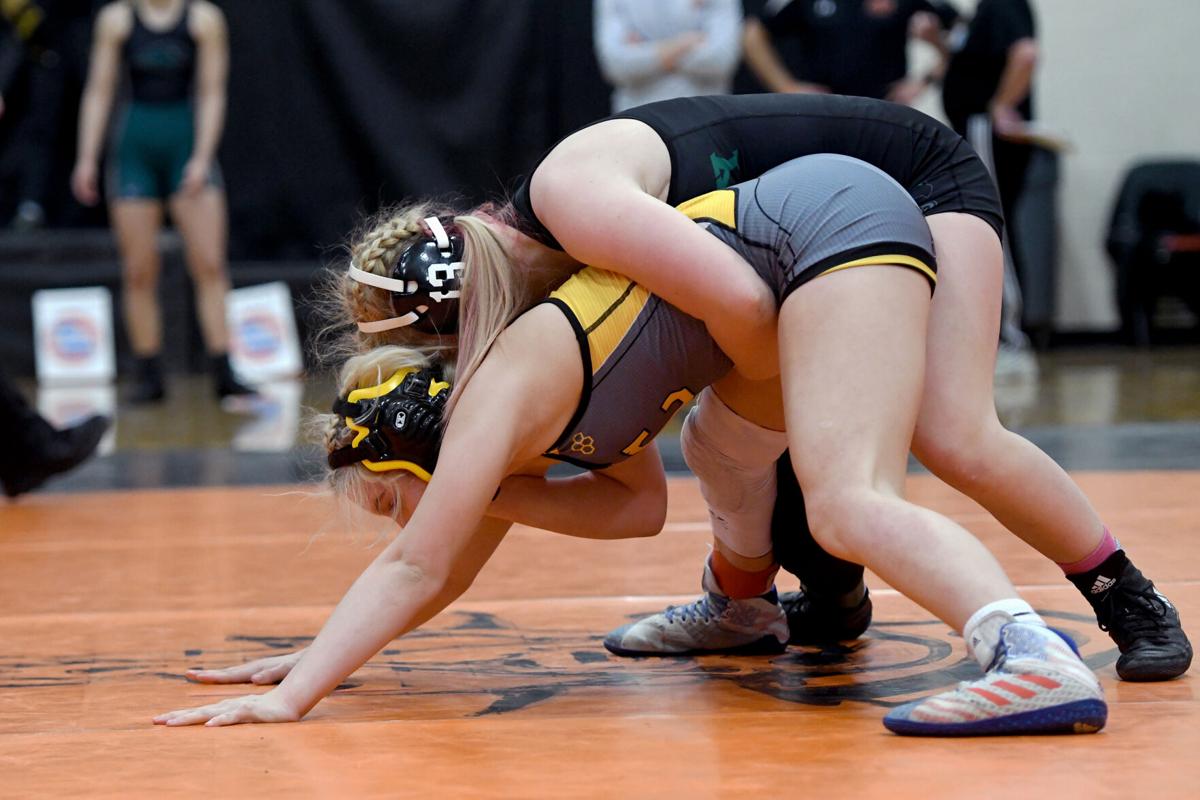 As tempers rose with Lexi Petersen’s wrestling career on the line, the Benton senior rose to the occasion.

In the midst of a heated battle in the third-place bout of the 112-pound division at Saturday’s Sectional 4 meet in Platte City, Missouri, Petersen retreated from a scuffle with Park Hill South’s Mystyque Anderson and walked back to coach Brad Hubbard.

After some shoving and exchanged words, Anderson was tagged with two penalty points, leading to a 3-0 lead for Petersen. She then produced in a near fall in the final frame to earn a 6-0 win and a berth to the MSHSAA Girls State Wrestling Championships.

“That match was crazy. I’ve always been taught there’s no need to start a fight on the mat, just go out and wrestle how you’re supposed to,” Petersen said. “Today was not the day to get kicked off the mat because that would’ve ruined my senior season for me.”

After bowing out in two matches at last year’s district meet, Petersen now heads to state as just the second district champion ever in Benton’s history, captured two weeks ago. This year was the first in which Missouri added a sectional round to limit the amount of competitors at a singular site due to COVID-19.

While the top-four finishers from districts usually advance, the top three from each of the four sectionals will represent their schools at state, making third-place matches win or go home.

Petersen opened with a win by fall before losing Carrollton’s Aiva Mayer, the eventual champion. Petersen then beat Marceline’s Sarah Kussman 2-1 in the consolation semis before her third-place victory.

“It’s a big day for this program,” Hubbard said. “It’s been a long, frustrating, but reward season for these girls. I told them all day long, this is what you’ve wrestled for, worked for and cried for.”

Petersen will be joined by sophomore teammate Tatum Levendahl, who lost a 4-2 decision in her opener before winning three times in the wrestlebacks, winning each of the 137-pound bouts by decision. She clinched a state berth with a 5-0 decision over Cameron’s MaKayla Provin.

“I had doubts coming into today and losing my first match,” Levendahl said. “To be able to persevere and have integrity, you’ve gotta be able to come back and take a loss. It takes a lot to go back out and wrestle back.”

Lafayette junior Isa-Bella Mendoza also punched her second-straight trip to state with a third-place finish at 107 pounds. After winning by fall in the first period of her first match, Mendoza fell to unbeaten champion Jaden Breeden of Liberty. She won her next two matches by fall on the backside.

“I prepared really hard, trained extremely hard. My coaches and mom helped me,” Mendoza said. “It means a lot. I was worried I wouldn’t go. It means so much to me.”

Eleven northwest Missouri wrestlers will be represented at the championships March 9.

Cameron had two wrestlers fall in the championship round, though 122-pounder Christina Filley and 174-pounder Hollie Hedgpeth are joined at state by 102-pounder Ashley Yamat, who claimed third.

Lathrop’s Josie Wright, a state champion a year ago, settled for second at 143 to Park Hill South’s Maddie Kubicki. Jordan Diercks added a third-place finish at 132.

Plattsburg’s Payge Fuller, a third-place finisher at 125 pounds last year, moved on with a second-place finish at 151 pounds.