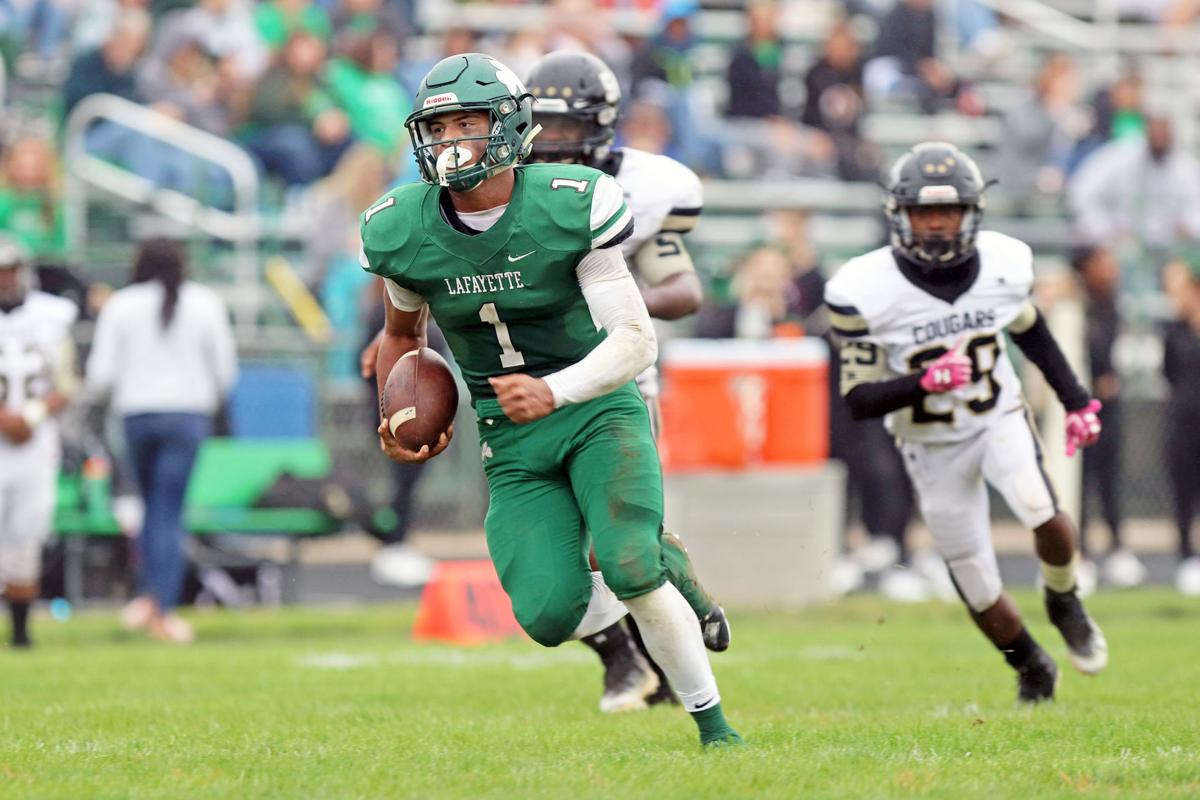 Lafayette quarterback Daeton McGaughy runs past the Carnahan defense for a touchdown during the 2019 season at Alumni Stadium. 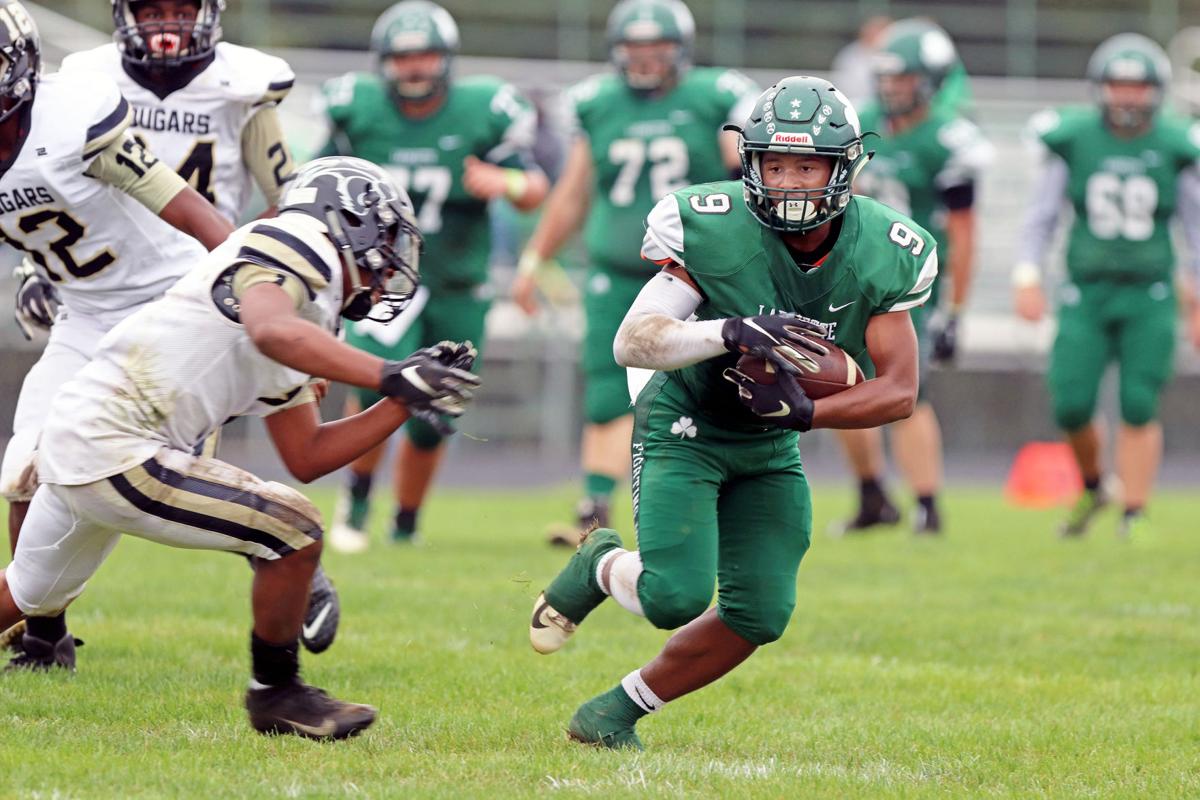 Lafayette quarterback Daeton McGaughy runs past the Carnahan defense for a touchdown during the 2019 season at Alumni Stadium.

Battling the elements, an atypical start time and a lesser opponent, Lafayette made no more of the situation at hand Saturday.

Instead, the Irish pounded the Carnahan Cougars for 29 first-quarter points en route to a 63-0 drubbing at Alumni Stadium.

Two of those passes went to senior wideout Taylor Bledsoe, who also recorded an interception in the opening minutes.

After giving up big offensive performances twice in three weeks in losses to Center and Savannah, Lafayette (3-2, 1-1 MEC) changed up its defensive tactics following last week’s loss to the Savages. The result was an endless pressure on the Cougars (0-5), ending in multiple takeaways and a shutout.

“A lot of changes in a lot of spots, personnel and scheme-wise,” head coach Eric McDowell said. “I think they came out and did very well. Things are a little bit more simple. Things look different, but they’re simple and the boys are actually pretty excited about it. I don’t blame them after last week.”

After falling behind quick each of the last three weeks, the Irish turned the tides Saturday. Following a fumble by Carnahan and one by McGaughy, the Irish got on the board on a fumble recovery in the endzone by Corey Wallace.

An interception by Bledsoe turned into a 27-yard catch-and-run by Derrick May for a quick 14-0 lead.

Bledsoe then found himself open in the endzone for a 40-yard touchdown before May turned a bubble screen into a 51-yard touchdown for a 29-0 lead after the first quarter.

“They told us to treat it like any other game, so that’s what we did. We came out here and we’re gonna put it on them,” Bledsoe said. “It doesn’t matter the opponent or time of day it is, we’re gonna go out and put it on them early.”

The second quarter was much of the same. McGaughy opened the period with a 13-yard touchdown run before another 40-yard touchdown pass to Bledsoe, this time on a screen.

McGaughy then read a slant an intercepted it for an 11-yard touchdown return before a scoring rush from 31 yards out for a 57-0 halftime lead.

“That’s a hard thing to do, not playing down to your opponent. We talked about it pregame and all week,” McDowell said. “We’re on a mission that’s one game only. I’m proud of the boys to be mature enough to put it on themselves to get better.”

Carlos Cortez put the final points on the scoreboard with a 6-yard run on an end-around.

Lafayette hauled in an interception in the endzone to preserve the shutout on the final play of the game.

Lafayette heads to Chillicothe at 7 p.m. Friday for Week 6 of action.