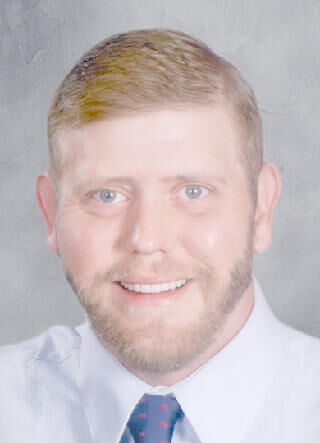 Nicholas "Nick" Joseph Seufert, 40, of St. Joseph, passed away Monday, July 26, 2021, at Mosaic Life Care in St. Joseph. In keeping with his loving and generous spirit, the family would like to acknowledge that Nick's final act was to give the most precious gift as an organ and tissue donor.

He was born Dec. 5, 1980, in St. Joseph, son of Judith and Herman Seufert. He graduated from Bishop Leblond High School, Class of 2000. Nick's childhood was molded by many different families that adopted him into their own. He relished spending time with this exceptionally large circle of family and friends. He was a father, brother, and supportive friend to all who knew him.

He married his high school sweetheart, Katherine "Kat" Guyer, at St. James Catholic Church in St. Joseph on Oct. 10, 2020. Their marriage combined the pride of both the North and South sides. It was a playful joke among the family that Kat changed this Northside boy into a "238er". One of Nick's greatest life accomplishments was becoming a father to his one-year-old son, Patrick. Patrick is a perfect mix of both parents' personalities but those eyes are all daddy Nick's and he also has that ornery smile!

Following high school, he worked with his dad as a commercial and residential painter. He later worked at Cathedral of St. Joseph School and was currently employed by the St. Joseph School District at Lafayette High School as a building Engineer.

Nick was an avid KC Chiefs and Royals fan and loved attending concerts. Like his father, Herman, Nick was often the first on the dance floor with his wife and son. He embodied his father's contagious spirit whenever he entered a room. Nick, again following in his father's footsteps, was a fourth degree Knight. He was a former member of Knights of Columbus, Council 571 and currently at St. Francis Council 16525. He and his wife, Kat were active members at St. Francis Xavier Catholic Church.

Mass of Christian Burial will be at 10 a.m. Friday, July 30, 2021, at St. Francis Xavier Church. A Rosary will be held at 9:30 a.m. Friday at the church led by Father Joseph Totton and Father Al Ebach, Celebrants.

The family will receive friends from 5 to 8 p.m. on Thursday at the Rupp Funeral Home. Following services, Interment will be at the Mount Olivet Cemetery.

Memorials are requested to the Midwest Transplant Network or the St. Francis Xavier School.

To plant a tree in memory of Nicholas Seufert as a living tribute, please visit Tribute Store.