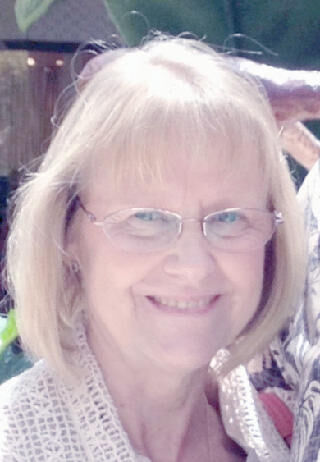 SCOTTSDALE, Ariz. - Janice Kay Hoye was born Jan. 25, 1947, and passed away Oct. 7, 2021. She passed away amongst family in Scottsdale, Arizona, at the Sherman House Hospice Hospital, from her battle with cancer.

Janice was a devoted wife and mother, who also deeply loved her grandchildren. She was born in St. Anthony, Idaho, to parents, Roy and Margie Gould. They later moved to St. Joseph when she was still a young child, where she was raised, through her first years of college. Janice attended Lafayette High School and Missouri Western University. After college, she worked at Vendo, while living in Independence, Missouri. Janice met her husband, and it was love at first sight. After only 6 weeks of dating, they were married in Miami, Oklahoma. Janice later worked with handicap children for several years and finally, as a Teachers Aid for gifted children, until she retired.

Janice and Steven lived in Independence most of their life together, outside of a brief move to Englewood, Colorado, when the boys were young, for Steve's work in commercial construction. They returned back to Independence after a few years, where both Dustin and Nicholis were raised, through attending college. Janice and Steve later moved to Tijeras, New Mexico, in 2004 and then to New River, Arizona, in 2007, where they have been for the last 14 years. Janice loved cruise ships and traveling. She was fortunate enough to have visited 65 foreign countries and/or territory islands. Her favorite things to do were flying with her husband, Steve both by plane and hot air ballooning. She also enjoyed going to the movies, attending dinner shows and seeing shows in Las Vegas, Nevada. Janice was very active in her local bible study group, as well.

One of Janice's most treasured pastimes was visiting waterfalls and watching sunsets whether they were over the ocean or during evening car rides in the convertible, with her husband. She could strike up a conversation with anyone she met, as she was always a very caring and loving person. Janice will be deeply missed by all who knew her.

Janice Hoye will be cremated at Hansen Mortuary in Scottsdal. and transported to Rupp Funeral Home in St. Joseph. Visitation will take place on Nov. 6, 2021, at 1 to 2 p.m. followed by grave site service. Janice will be buried at Armstrong Cemetery in Rushville, Missouri, alongside her daughter, Yvonne.

Family would prefer donations rather than flowers to Cancer Research Center in Janice's name.

Online condolence and obituary www.ruppfuneral.com. As published in the St. Joseph News-Press.

To plant a tree in memory of - Hoye as a living tribute, please visit Tribute Store.