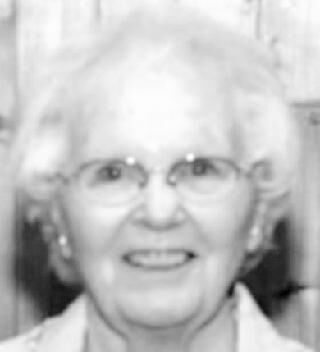 She graduated from Convent of the Sacred Heart High School, class of 1949.

She worked at Truman Middle School in food service, and she also was a homemaker.

Virginia enjoyed making rosaries, and sent them to over seas Catholic missions, she also enjoyed crocheting and praying at the MIR house of prayer.

The Mass of Christian Burial will be celebrated at 10 a.m. on Monday, Aug. 3, 2020, at the St. James Catholic Church, Father Joseph Totton and Father Vincent Rogers Con-Celebrants.

The Rosary will be recited at 5 p.m. Sunday, at the Rupp Funeral Home.

The family will receive friends from 5 to 7 p.m. on Sunday, at the Rupp Funeral Home.

The Interment will be at the Mount Olivet Cemetery.

Memorials are requested to the Children's Mercy Hospital.

Online condolence and obituary at: www.ruppfuneral.com. As published in the St. Joseph News-Press.