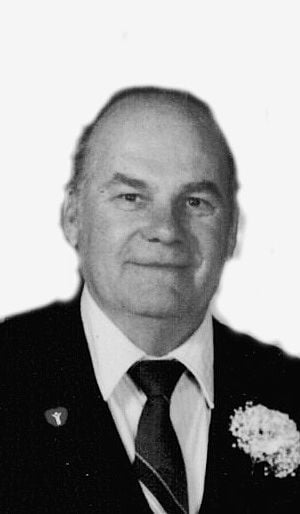 Bob was a veteran of the Korean War. He is a life member of the American Legion Dick Munkres Post 287 and the Andrew County Memorial VFW Post 12053.

They lived in Savannah most of their married years. Bob graduated as Valedictorian from Graham High School in 1946. He received a BS in Education from Northwest Missouri State University. Bob was an Industrial Arts teacher for 31 years. He taught school, coached, sponsored senior class trips and drove a bus. He taught in Clearmont, Barnard, Savannah, and retired from Union Star, all in Missouri.

Bob was a member of the Northwest Missouri Industrial Technology Education Association. He was a contest judge and took many award winning students to state contests. Bob was also the manager of the Savannah swimming pool for seven years.

Bob was preceded in death by: his parents; three brothers; and two sisters.

The family will receive friends 6-8 p.m. Wednesday, at our chapel.

In lieu of flowers, please donate to the Wounded Warrior Project or Mosaic Life Care Hospice. As published in the St. Joseph News-Press.