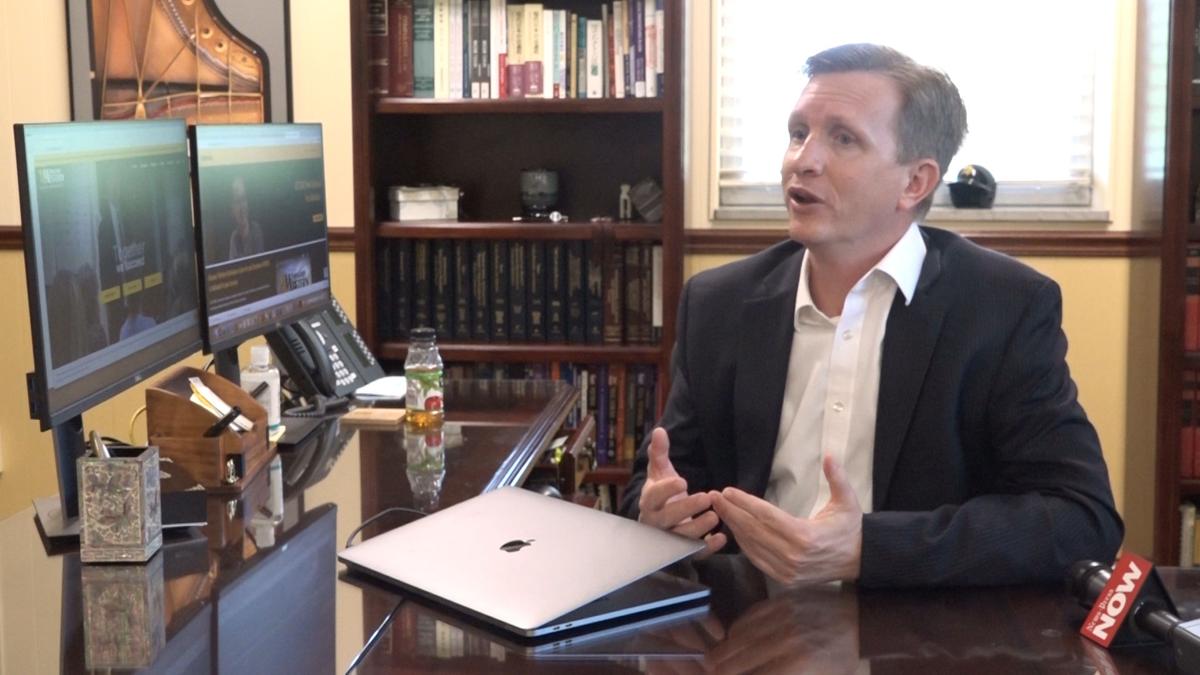 Missouri Western State University President Matt Wilson will vacate his position at the university for a job overseas.

The announcement came early Wednesday morning, just weeks after Wilson told News-Press NOW he was here to stay, despite listing his home for sale. A press release from the university states Wilson is taking another position as dean of Temple University Japan.

“The comment that I made three to four weeks ago was ‘You never know what’s going to happen,’” Wilson said in an interview with News-Press NOW on Wednesday. “And you know, back at that point in time, Temple University was on the radar, there wasn’t an offer that had been tendered.”

According to Wilson, Temple first approached him about the Japan position last November or December. He initially turned down the advance but agreed in January to become part of the search. He officially accepted the position about a week ago.

Wilson will stay at Western as needed to “ensure a smooth transition.” Wilson’s departure comes after a little more than a year of service at Missouri Western.

In that time, the university has cut many programs, a process lead by Wilson and ultimately agreed to by the Western’s board of governors.

“Over the course of the past year, we have aligned our enrollment with some of our programs. It’s been a very difficult haul, but, you know, something that was was truly necessary,” Wilson said. “The same time we have put into play a lot of different programs that are distinctive, and you know, a year really is a good opportunity to put people in place.”

Wilson touted the university’s new military and veteran center, Esports team and women’s lacrosse team. He also said the university has more cash on hand now than it did before his start.

“So we really have been able to accomplish a lot within the last year, the building blocks are in place, the programs are set,” Wilson said. “My piece of advice (to a successor) would be to focus on the students.”

Western’s Board of Governors will meet again soon to discuss the search process for the next president.

“While we are saddened at Matt’s departure, we certainly understand this unique opportunity presented to his family and we are extremely grateful for the outstanding leadership he has provided during these challenging times,” said Lee Tieman, chair of the Missouri Western Board of Governors. “The foundation laid by President Wilson and the blueprint established for Missouri Western to move forward have all been done with unanimous board support and our Board is committed to continuing this plan with our next president. This university truly is a special place with an incredibly bright future.”

Wilson out at Western