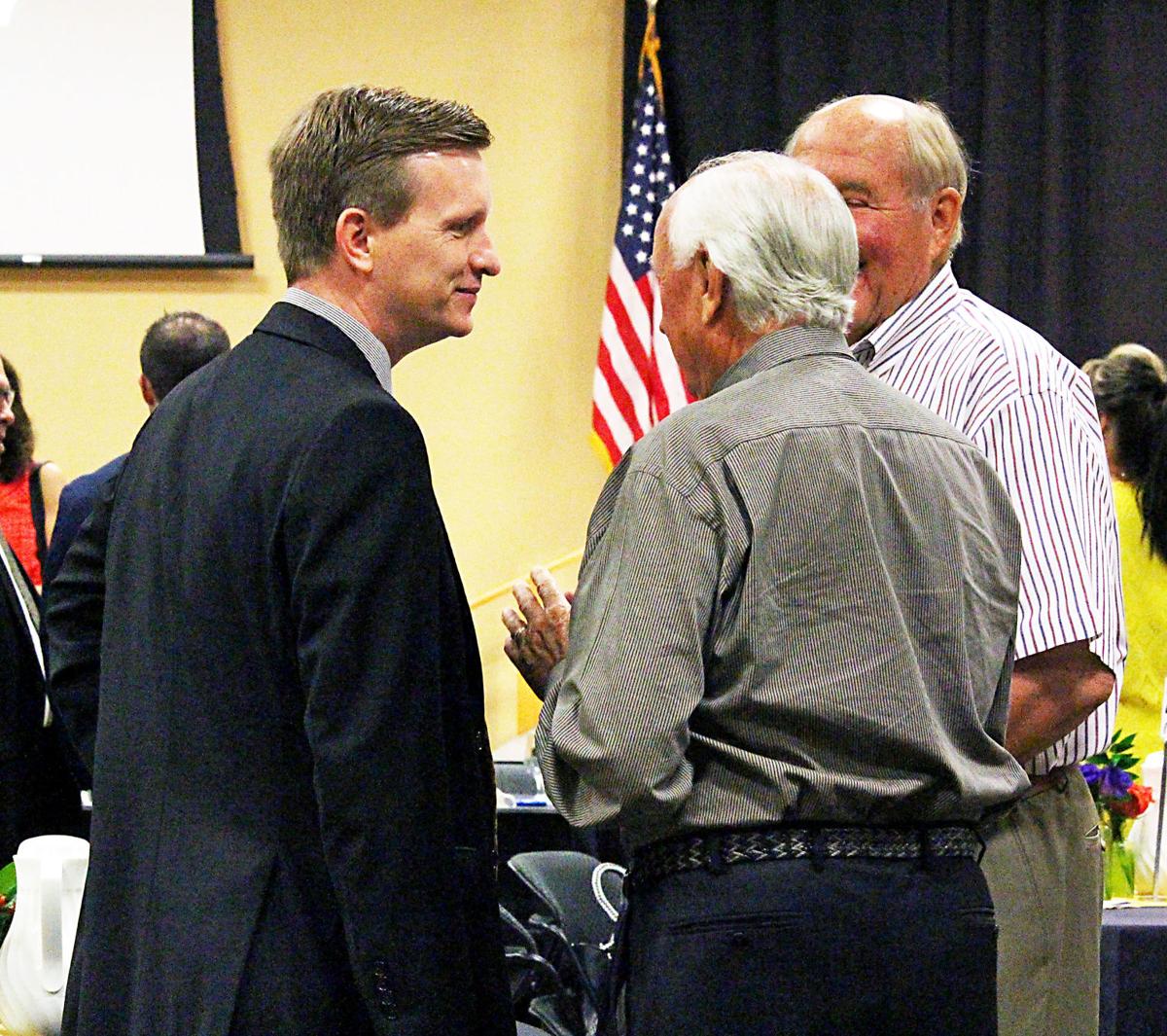 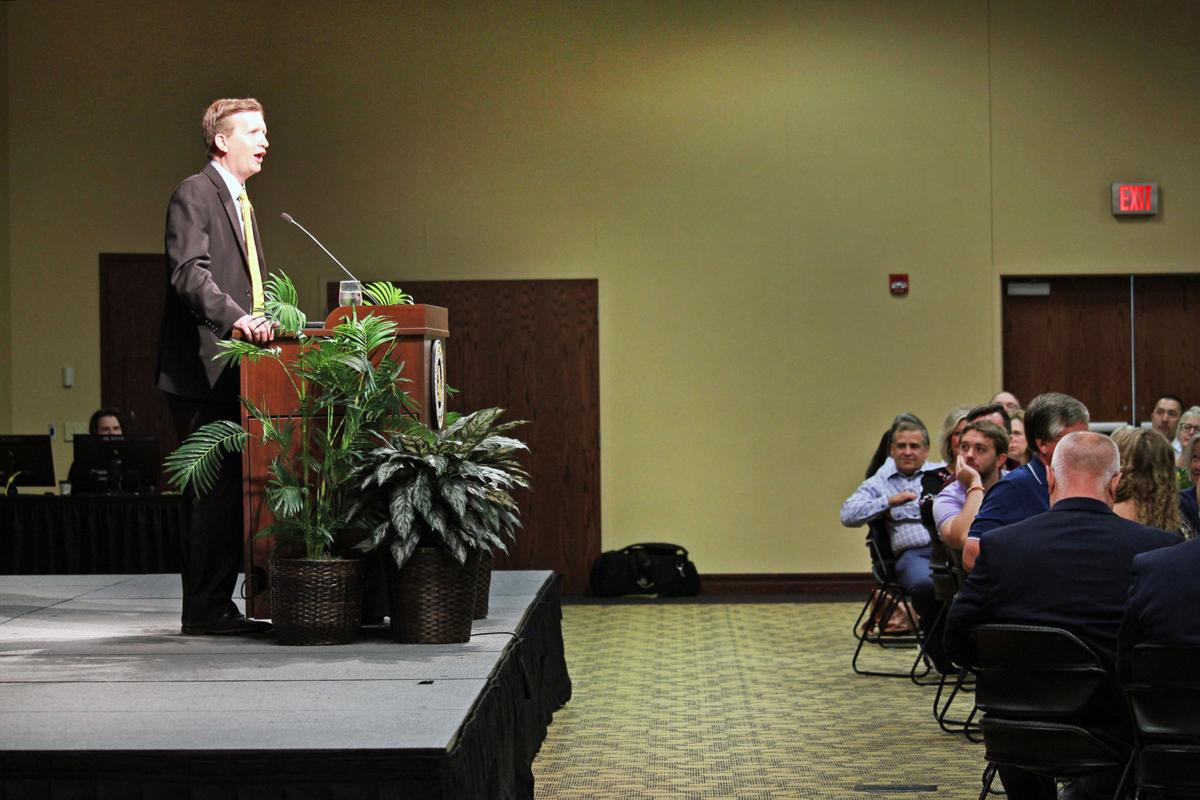 Matthew Wilson, the new president of Missouri Western State University, was the featured speaker at Wednesday's Chairman's Breakfast, sponsored by the St. Joseph Chamber of Commerce. 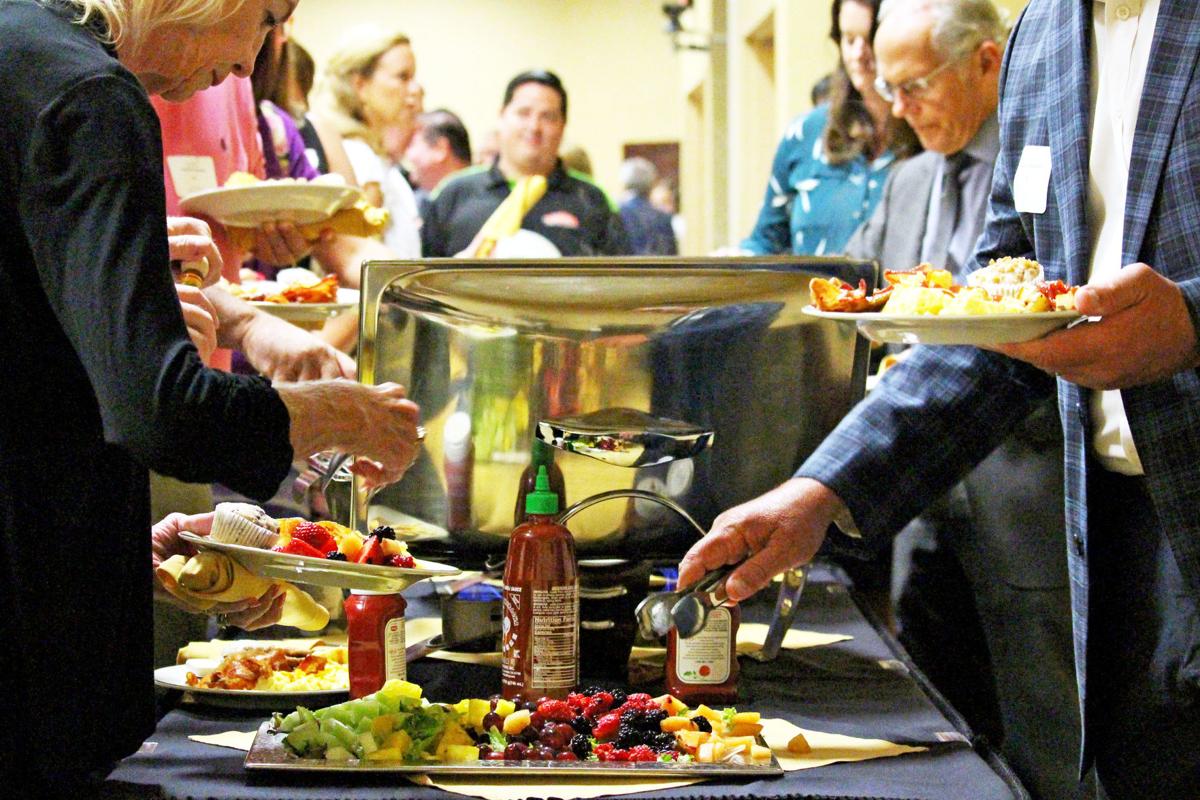 The Chairman's Breakfast brought many business leaders together on Wednesday at the Fulkerson Center.

Matthew Wilson, the new president of Missouri Western State University, was the featured speaker at Wednesday's Chairman's Breakfast, sponsored by the St. Joseph Chamber of Commerce.

The Chairman's Breakfast brought many business leaders together on Wednesday at the Fulkerson Center.

Missouri Western State University President Matthew Wilson didn’t get a chance to sit down and eat during Wednesday’s Chairman’s Breakfast event. He was too busy shaking hands.

The St. Joseph Chamber of Commerce gathering, which featured Wilson as its speaker, brought several business leaders from across the community together at Missouri Western’s Fulkerson Center.

“The turnout from the community was something that was totally unexpected. It was humbling,” Wilson said. “I was so excited to see the energy and excitement about St. Joseph and moving it forward.”

Wilson said he took time to visit as many tables as he could prior to his speech, which celebrated Missouri Western’s role in the community before pointing out the obstacles ahead.

“So you will hear me throughout the community talk about what our challenges are. I believe in transparency,” Wilson said during his speech. “So as I talk about these realities, don’t recoil. Think of them as opportunities going forward.”

He pointed to the challenges of educating potential students of the value of higher education and the financial struggles that institutions like Missouri Western face, especially when it comes to state funding. Furthermore, he hoped to push for better accessibility for students, be it through scholarships or better facilities and more extensive programs.

“If you’re not blunt, if you’re not direct, then it’s very difficult to improve,” Wilson said.

He hopes that his experience with different universities can help Missouri Western see new perspectives and come up with more innovative solutions.

“To have a strong community, you need to have a strong university,” he said. “And we’ve got such a great opportunity here to make the community even stronger by improving on what is at Missouri Western.”

J.L. Robertson, chairman of the Chamber of Commerce, ended the event by saying that he hoped the new president’s energy and optimism would spread to all in attendance and across the community.

“My greatest takeaway was his energy,” Robertson said. “He has great, worldwide experiences, and I think St. Joseph is very fortunate to have a worldly and educated person like Matt Wilson here.”