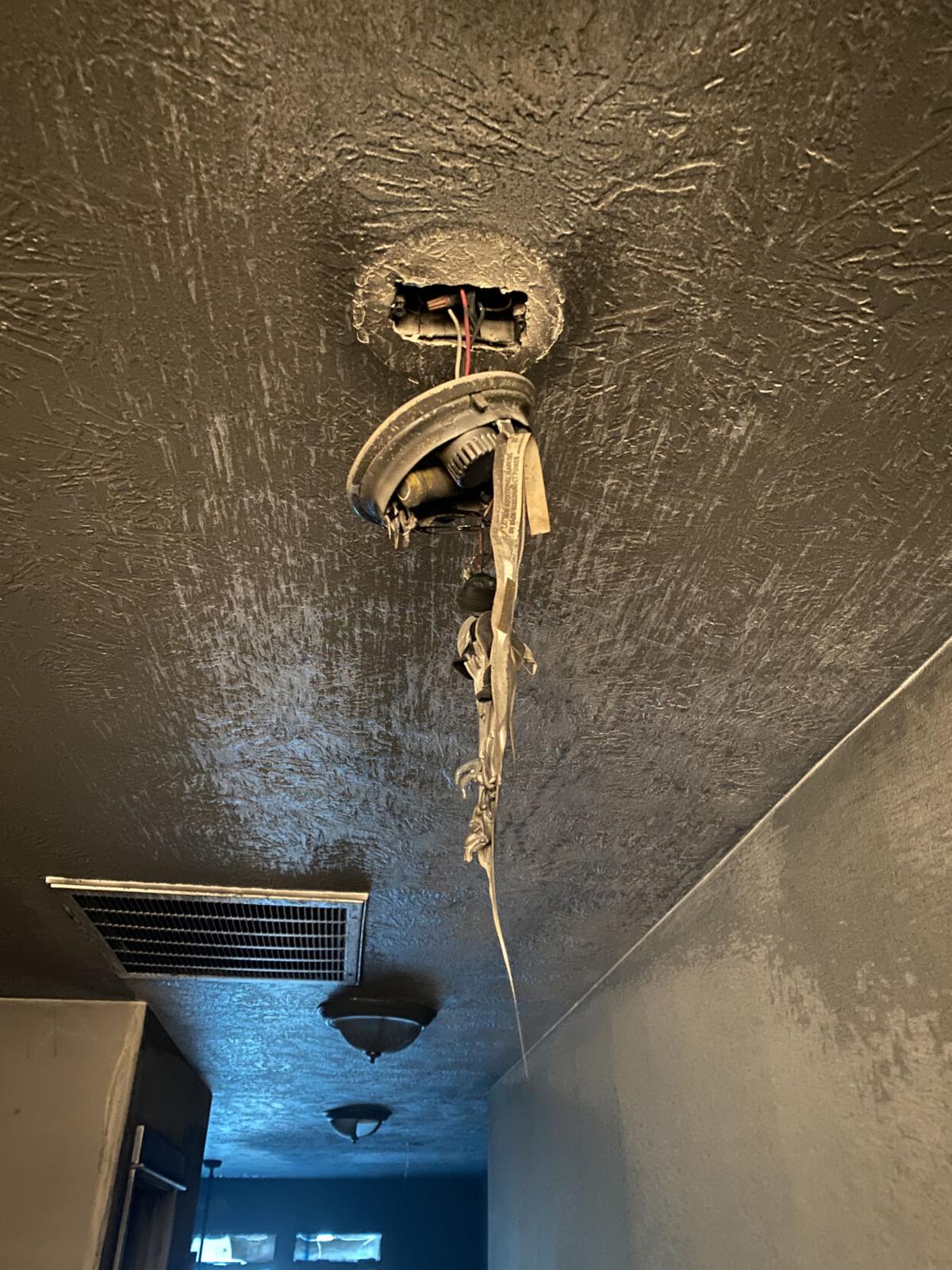 A smoke detector in the hallway of the Stolls home in Talent, Oregon melted in an unusual way, but it’s still dangling from the ceiling. 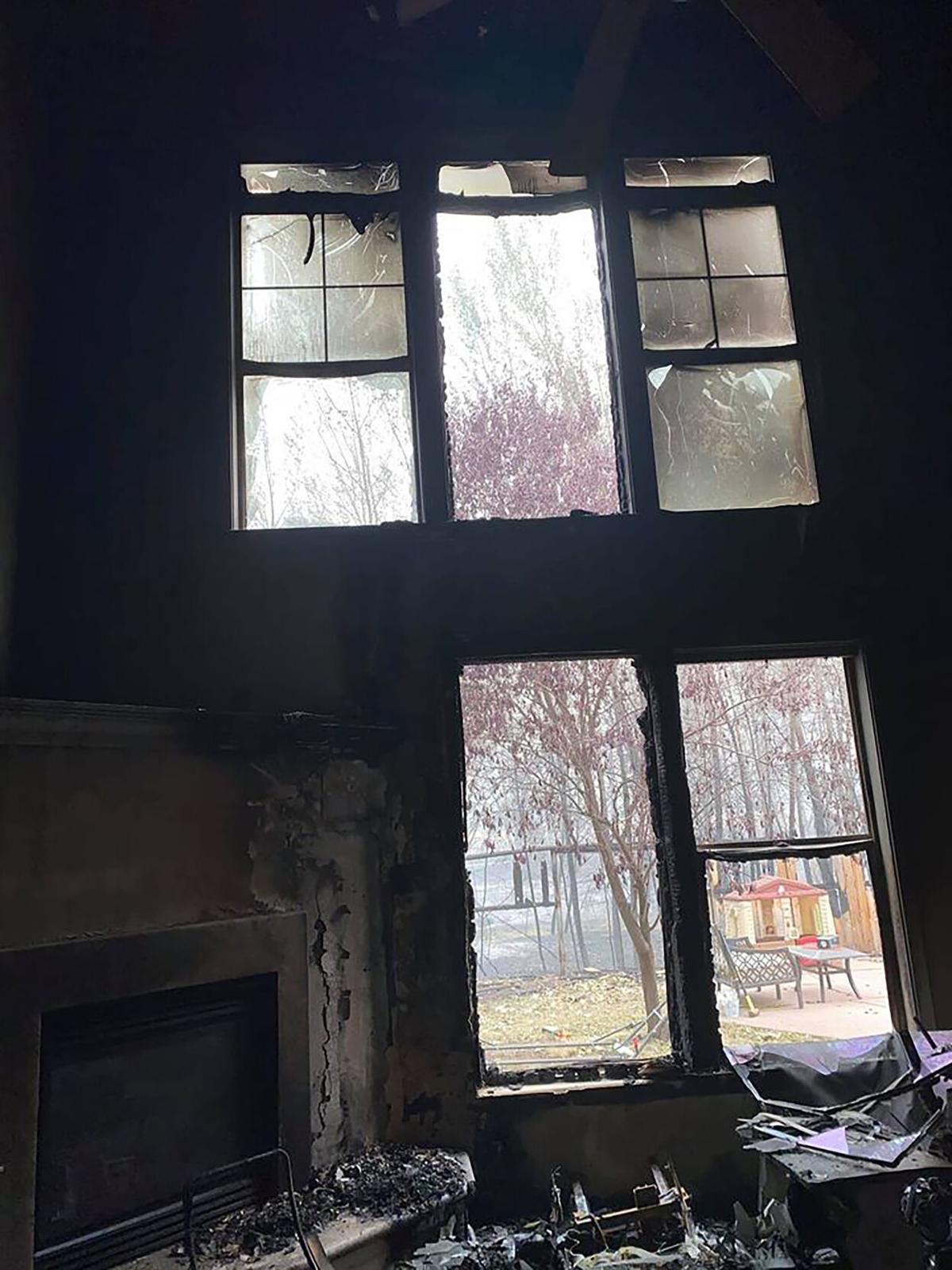 View from the living room of the Stoll house looking outside. 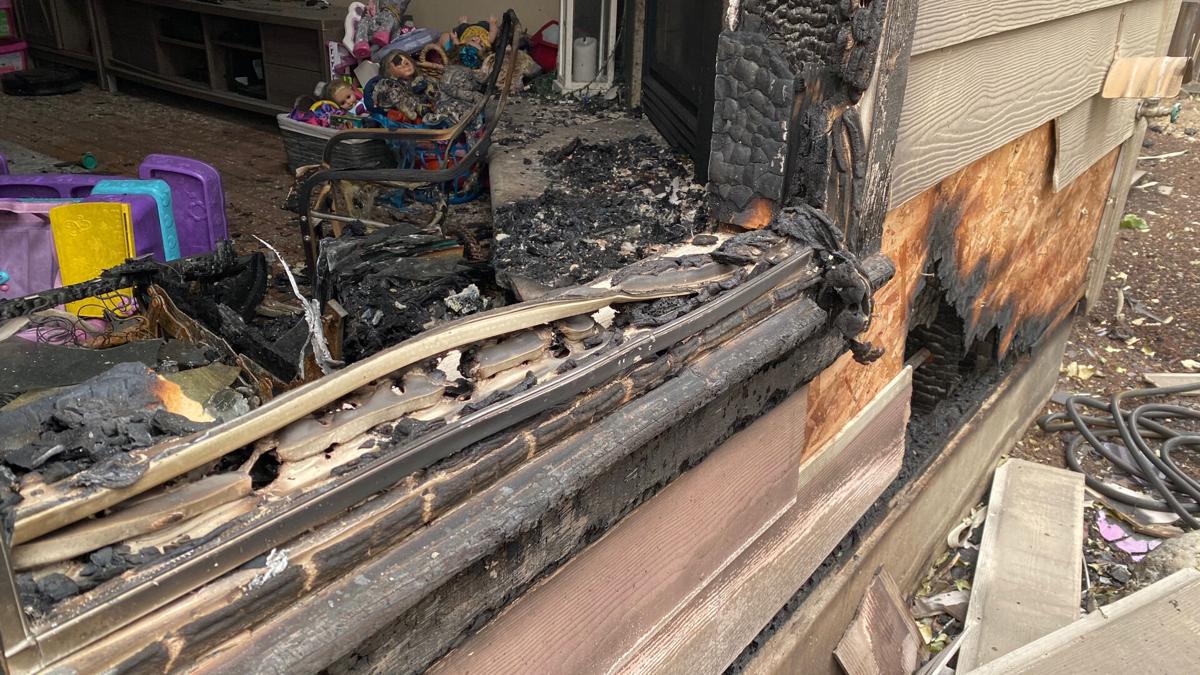 The Stolls’ home wasn’t a complete loss, but the things that were burned seemed to be chosen in a completely random fashion.

A smoke detector in the hallway of the Stolls home in Talent, Oregon melted in an unusual way, but it’s still dangling from the ceiling.

View from the living room of the Stoll house looking outside.

The Stolls’ home wasn’t a complete loss, but the things that were burned seemed to be chosen in a completely random fashion.

The impact of wildfires in Oregon has touched a family of former St. Joseph residents.

The Stolls, Tara, Eric and their three girls, live in Talent, Oregon, but just a couple of years ago they were longtime residents of St. Joseph. Eric Stoll is the former chief engineer at News-Press NOW.

Their home was seriously damaged in a wildfire, along with a good amount of their neighborhood. The fire hit their town last Tuesday, and the plan was for area schools to hold their first day of class the next day.

“They’re estimating that 50% of the families in our school district lost their homes, 50%,” said Tara Stoll, who along with her daughters currently is staying in St. Joseph with family. “It's really heartbreaking to think about the people that have lost everything, because they don't have anywhere else to go.”

The town of a little more than 6,500 people is not generally reached by fires, but that didn’t stop the heat from busting glass windows, melting siding and even completely removing a home from a lot.

"It looks like a bomb went off," Stoll said.

Her husband, Eric, stayed behind in Oregon. He’s helped his neighbors and also boarded up what is left of their home.

Luckily the Stolls didn’t lose their entire home. If you were to look at the front side, there isn't a great degree of damage, Stoll said. But when you walk around to the backside, the same can’t be said.

What the fire decided to burn, or perhaps even what the firefighters were able to save, seems like a random selection. For instance, a plastic children’s playhouse in the backyard was untouched.

“One of our smoke detectors, it's just melted. You know, it's really bizarre how it just is dangling from the ceiling and melted,” Stoll said.

A friend of the family set up a Go Fund Me page for the Stolls, but fortunately the family did have insurance on their home. However, there is no timeline for when a rebuild may take place, Stoll said. They home to find a temporary home during the interim.

The support of friends and family has been important to the Stolls during this time. A friend that Tara Stoll made in St. Joseph sent her $30 and told her to only spend the money on wine and chocolate.

“Little things like that mean so much and we’re so humbled by that, because we’re going to be OK,” Stoll said.

For individuals who want to help, Stoll recommended the United Way of Jackson County, Oregon. The website is unitedwayofjacksoncounty.org/give.

Fairness delivered in the mail

City and county meetings for the week of Sept. 27

Family and friends celebrate the life of Melissa Chapman

If it looks like a slot machine, maybe it is

Rain and T-storms Wrap This Evening