The West Platte School District has approximately 700 students across grades K-12. New security technology is ensuring students are safe while on the district’s campus. 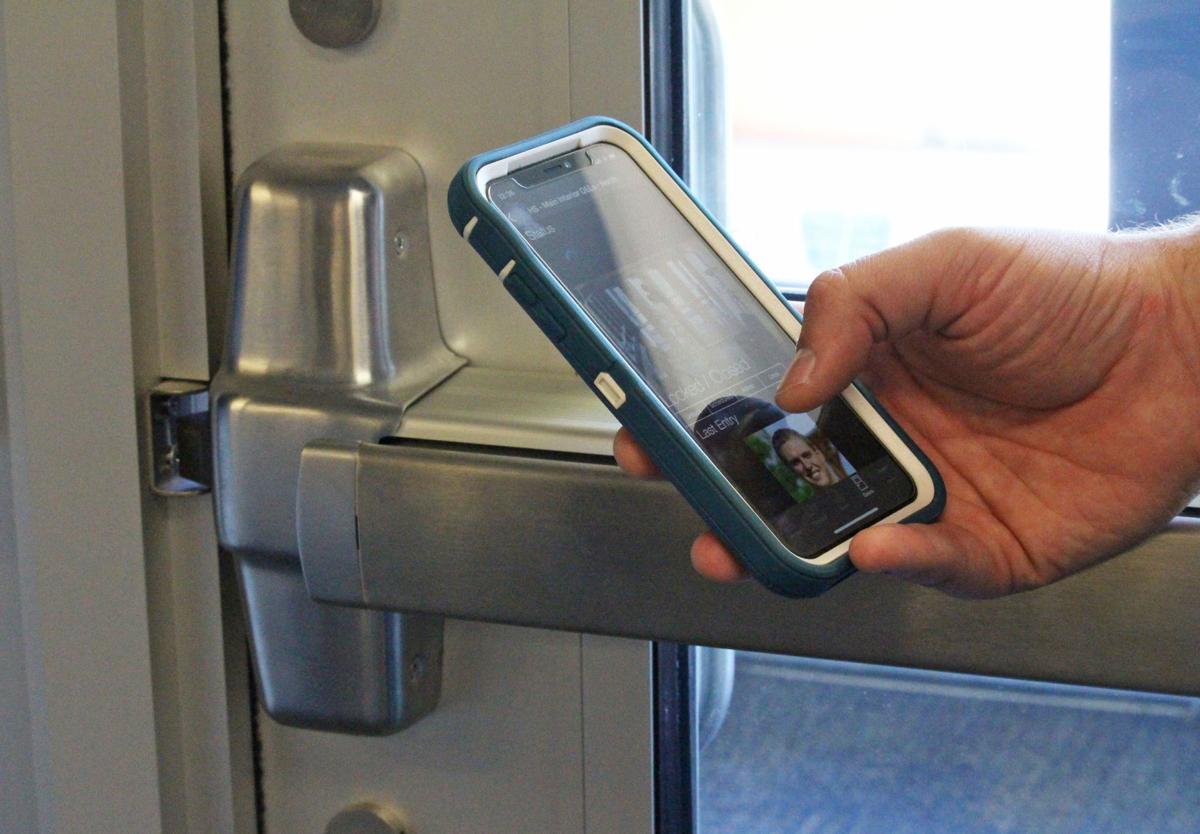 Various doors can be controlled through a mobile app, allowing certain individuals, such as those in law enforcement officers, to get into buildings in case of emergency.

The West Platte School District has approximately 700 students across grades K-12. New security technology is ensuring students are safe while on the district’s campus.

Various doors can be controlled through a mobile app, allowing certain individuals, such as those in law enforcement officers, to get into buildings in case of emergency.

TriCorps Security Co. is helping to make the West Platte School District in Weston, Missouri, one of the safest schools in the country, according to the company’s Security Director of Business Development.

Ninety-five high-quality, facial-recognition cameras have been installed in the West Platte School District within the past few months in an effort to make security a priority for approximately 700 students as well as their teachers and staff. Richard Fletcher, the director of technology, said video coverage was especially important across all schools within the district.

“I guess it was last year we went to the board, and instead of being reactive to a situation that might come up, we decided to be proactive, and outboard was very supportive of that,” Fletcher said.

The total amount approved by the board for the security upgrades was just over $200,000, according to Fletcher, and the process of installing those cameras and security systems took around six months.

The previous security system had outdated cameras and less coverage. However, other aspects of it still are in effect. Parents and community members are required to walk through the main office before presenting their ID and receiving a badge informing others of where they’re going and why they’re there.

“In conjunction with the access control, what we were able to do was we got the facial recognition software, and it’s not just an analytical type of camera,” Fletcher said. “I can put my face on the unit and it will say, ‘Oh, OK. Well, that’s Richard Fletcher. He’s entered in these doors at these times of day. And he is in the building or he has left the building.”

The district imports databases into the facial recognition software as well, meaning if someone were to walk onto campus with a dangerous charge against them, the cameras will trigger an automatic lockdown within the school district. Teachers also may issue a lockdown using phones in their classrooms.

The system allows educators access through doors that they frequent in their respective roles and key fobs can be customized and given out to allow for unique, specific access to areas during certain times of day. The latter is especially useful for those wanting to use school facilities outside of school time.

Fletcher and the local police and sheriff’s department also have access to a mobile phone application that allows them to track cameras and even unlock specific doors with the push of a button in case of emergency.

“If there was an emergency that came about, we wanted our local police, our sheriff’s department, to have instant access,” Fletcher said. “If they wanted to bring in a SWAT team, they can be on their phones and remotely unlock the doors and let themselves in if they need to if none of us are available.”

Hardware also has been installed to all classroom doors, allowing educators to manually place a device into the ground that prevents that door from opening. Shatter-resistant film also is being placed on the windows.

Fletcher said the staff has been wonderful with the adjustments, and he and Mike Larison, the maintenance and facilities director for the district, have been doing their best to learn everything about the system and educate everyone involved.

“It’s definitely a response to the times. Unfortunately, you have to be ready,” Fletcher said. “Hopefully we never have to use this system. But we wanted to make sure that if we did, that capability was there, that integration to 911 was there, and the law enforcement was there.”