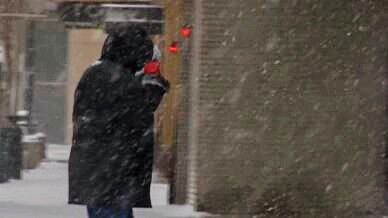 St. Joseph receives about 18 inches of snow each year. The forecast now is for a relatively mild season this winter. 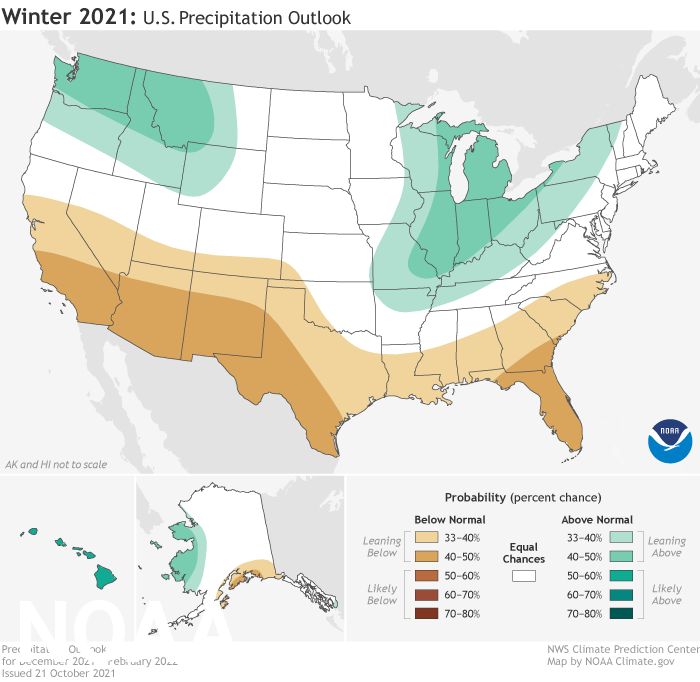 Precipitation is favored to be higher on the eastern side of Missouri this winter. 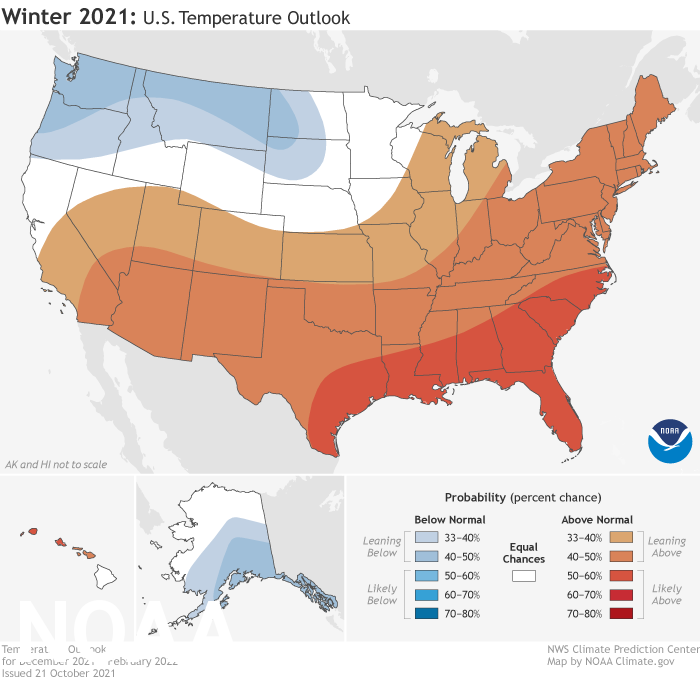 Above-average temperatures look to continue for the next few months.

St. Joseph receives about 18 inches of snow each year. The forecast now is for a relatively mild season this winter.

Precipitation is favored to be higher on the eastern side of Missouri this winter.

Above-average temperatures look to continue for the next few months.

Winter conditions this season for both precipitation and temperature are expected to be relatively mild and comparable to last December through February.

Meteorologists look at the overall climate pattern to help determine and make predictions for long-range forecasting. Sea surface temperatures in the Pacific Ocean play a large role in dictating the jet stream, which is responsible for which way the air moves.

“For the winter of 2021-2022 it is trending more towards La Nina,” said Sarah Atkins, a National Weather Service meteorologist based in Pleasant Hill, Missouri. “It has strengthened in the past month or so, and it is likely to peak as a moderate event.”

Typically with La Nina, snowfall is increased over the Northwest, upper Rockies and near the Great Lakes. Meanwhile, the southern plains and overall Southwest trend drier. This puts St. Joseph right in the middle for equal chances for below, near or above-average winter precipitation.

On average, the St. Joseph area gets nearly 18 inches of snowfall a year.

Temperatures for the season look to trend about 30% to 40% above normal, which we already have had a taste of as Thursday’s high broke a record of 69 degrees set on Dec. 2, 1956. January rolls in our coldest temperatures with an average high of 29 degrees.

If the snowpack remains low, which already has been happening to the north, then flooding will be less likely coming out of a mild winter and heading into spring.

“There is something called the Pineapple Express that is a larger-scale phenomenon characterized by persistent warm, moist air being transported east from the Pacific Ocean,” Atkins said. “While it normally only affects the West Coast, sometimes the setup is just right that we can have that direct stream move towards us.”

In this instance, the Midwest could receive heavy rain, but because of the distance, this area is not impacted often. This is one example of a rare event that would give the area above-average precipitation.

“People generally need more advanced notice during the winter, though, so we try to forecast a bit further out in time,” Atkins said. “There’s the balance of data becoming better and better the closer we get to the event.”

There is more of a deadline when it comes to issuing watches and warnings during the winter.

“Winter weather preparation normally takes longer with people needing information either the night before or very early in the morning,” Atkins said.

“Anybody traveling in public, it’s crucial that they’re prepared for basically unexpected emergencies,” he said.

Having a way to get alerts and traveling with an emergency kit are two ways to stay safe this winter.

“Try to keep your fuel tank filled as much as possible, that way it would allow you to keep the engine running and stay warm,” Lamar said. “Keep kitty litter in your trunk to help you get out of ice or a slick spot and a blanket.”

Other items to include are extra outwear, a flashlight, first-aid kits, nonperishable food, water, jumper cables and ice scrapers with a brush.

“We have our protocols set up with our emergency snow routes, and public works has started to get their plows ready,” Lamar said. “COVID-19 has caused everyone to be shorthanded on manpower, so it’s been a challenge just having the availability of plow drivers.”

Street department looks toward other focuses amid quiet winter

Local Chiefs fans optimistic about the rest of the season

Ravens march in memory of MLK